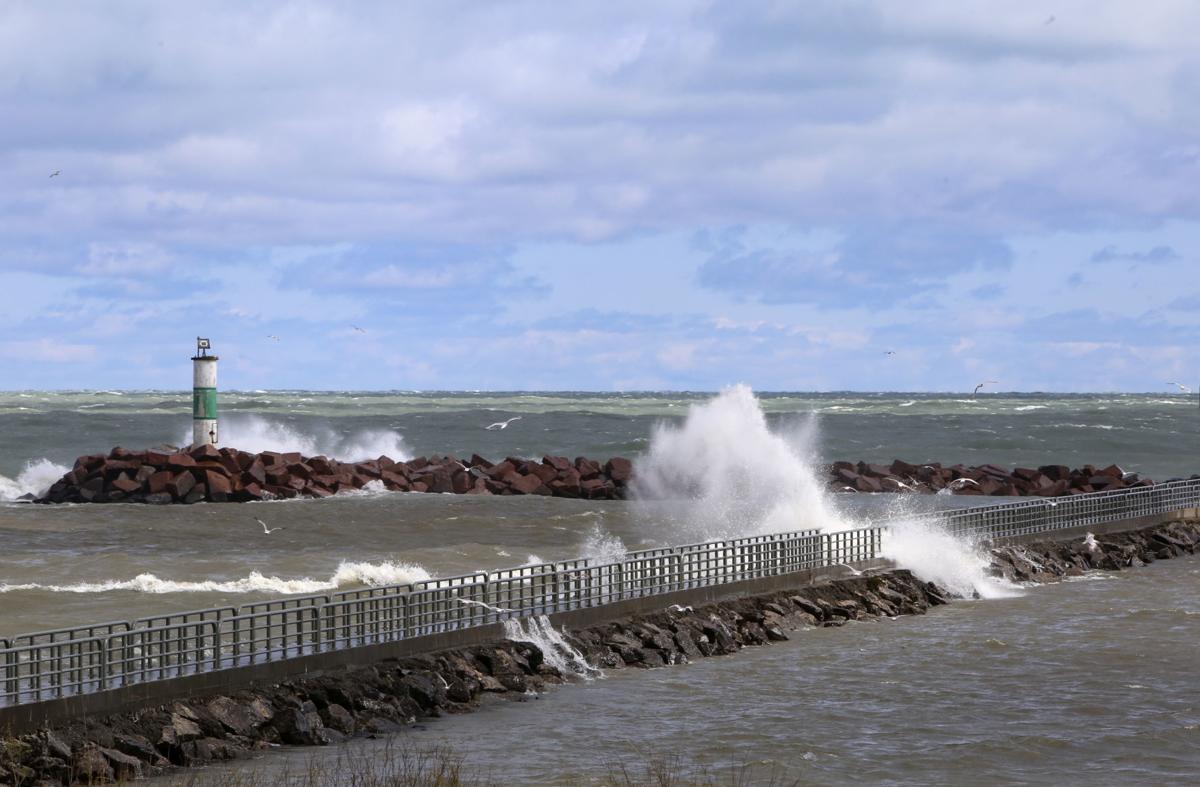 Large waves crash off the Portage Lakefront and Riverwalk on Friday. 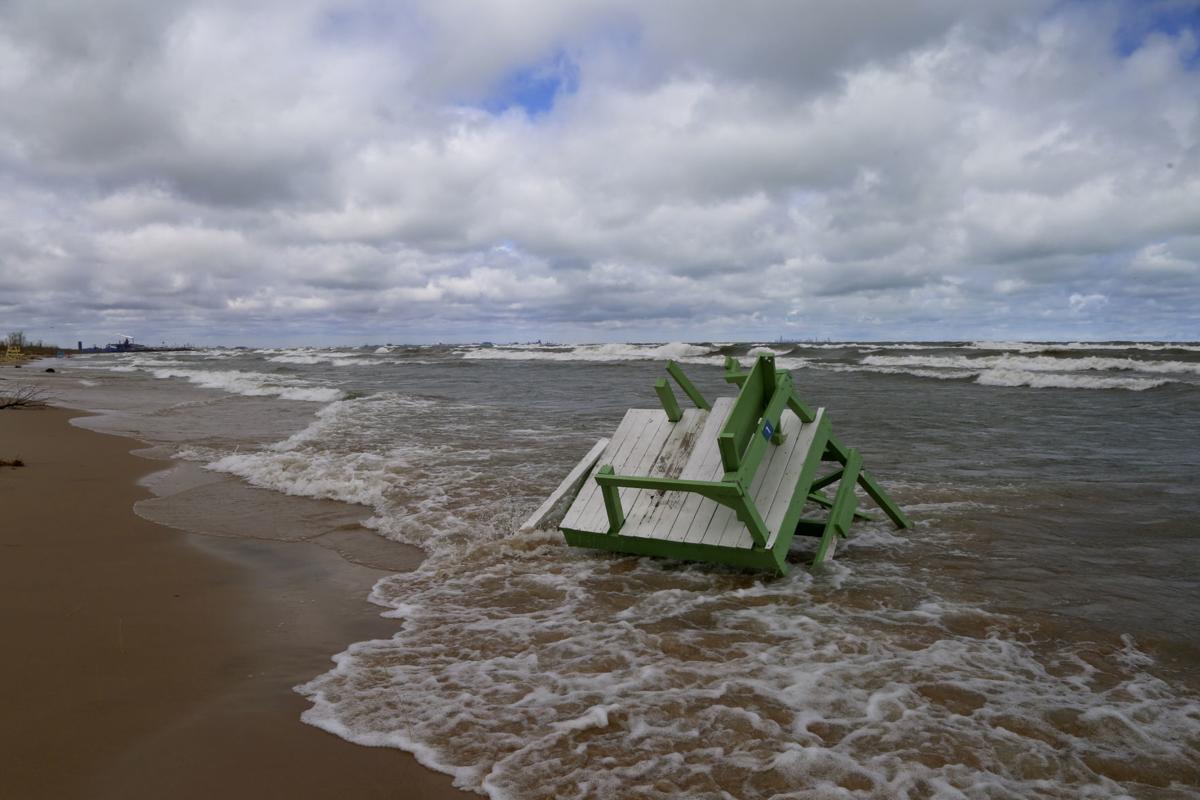 Large waves roll in Friday off the Marquette Park beach lakefront in Gary. 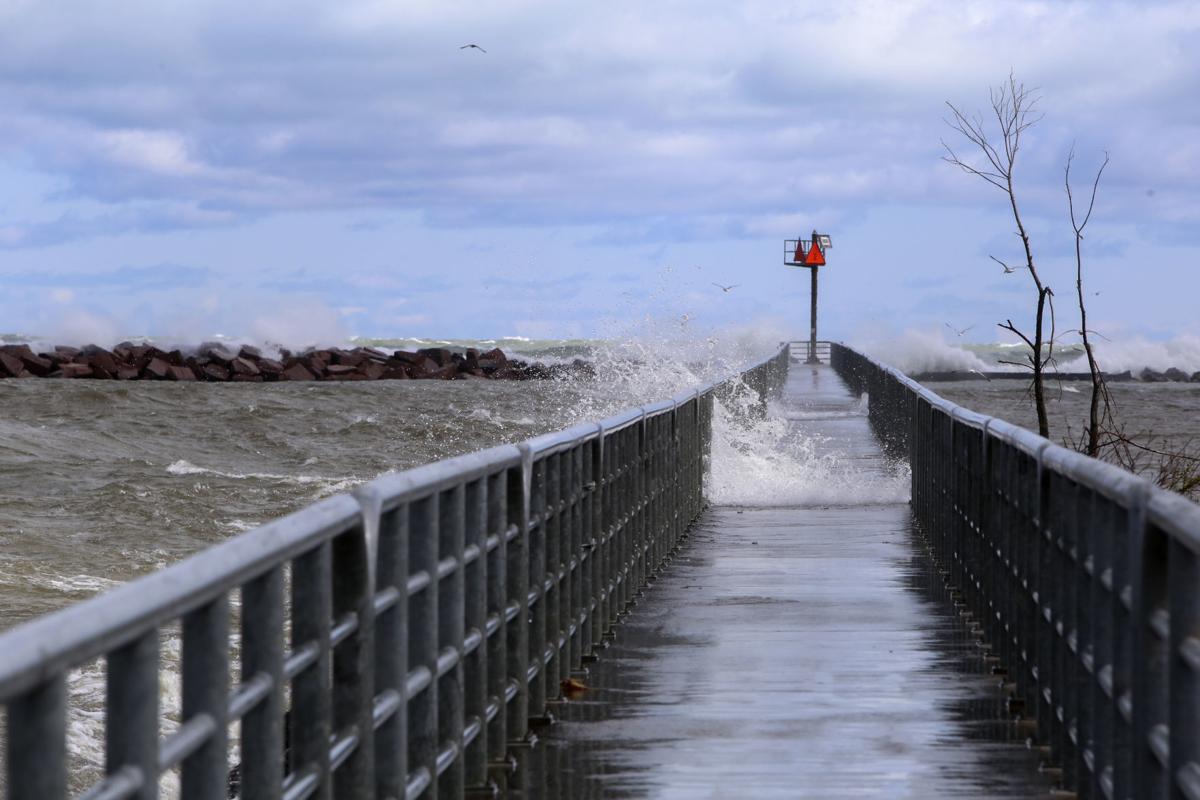 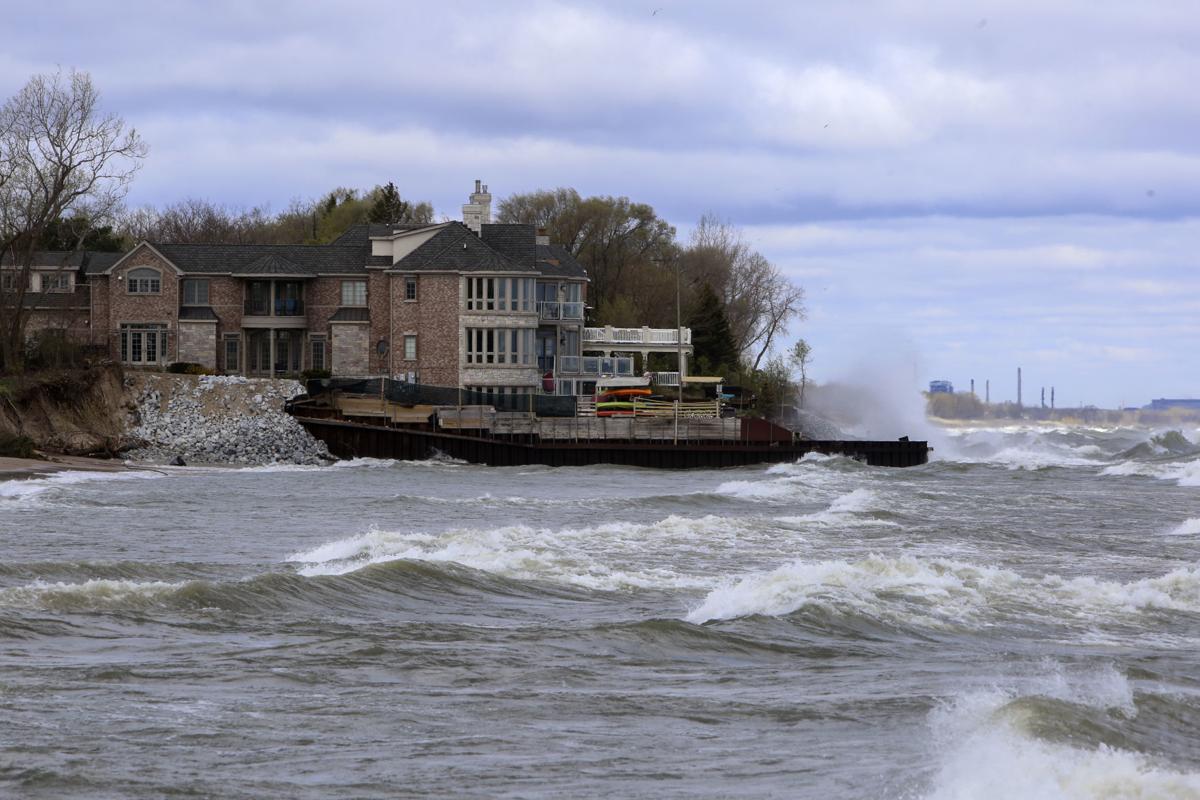 Waves crash Friday into a seawall protecting a large home on the east edge of Ogden Dunes. 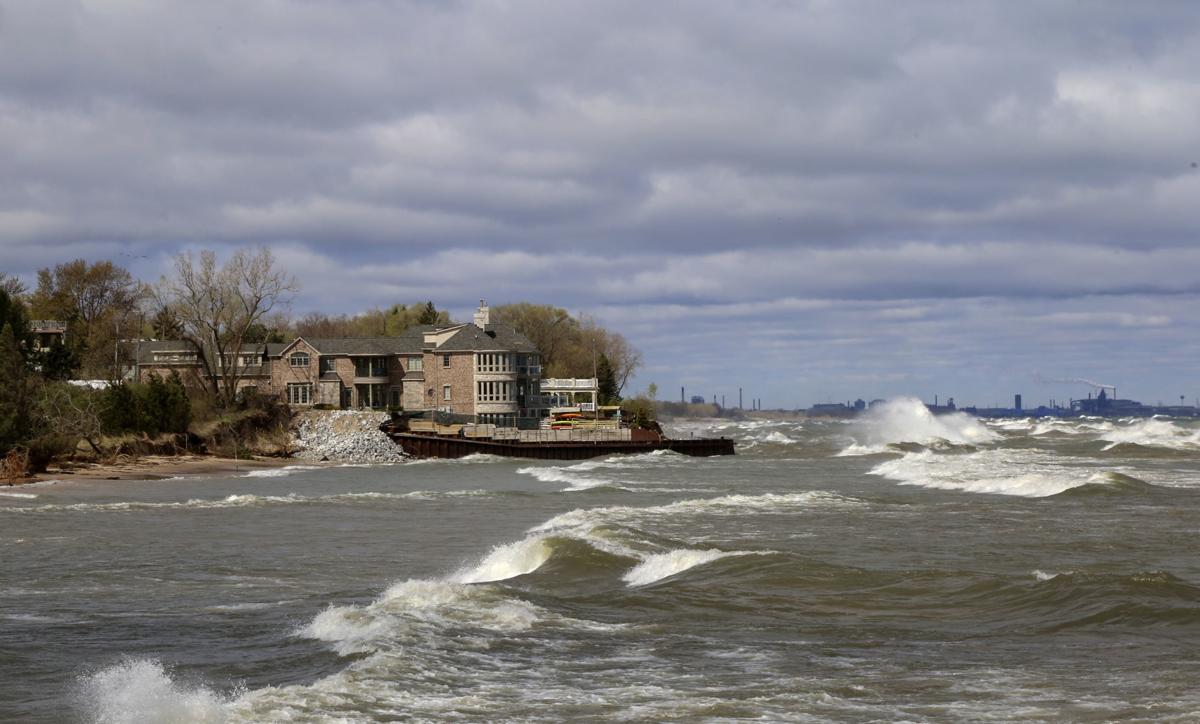 High waves Friday exacerbated erosion along Indiana's Lake Michigan shore, where towns already are dealing with the loss of infrastructure because of record high lake levels.

In addition, Regionites are being hit by a blast of cold all the way from the Arctic Circle bringing unusually cold temps for May.

Lake and Porter counties were under a lakeshore flood warning from 7 a.m. to 10 p.m. Friday, according to the National Weather Service.

A similar warning for LaPorte County was set for 10 a.m. Friday to 1 a.m. Saturday. North winds of up to 35 mph Friday caused waves to build into the afternoon, forecasters said.

Large waves could sweep away onlookers who venture too close into the water, the weather service cautioned.

In addition to the high winds, an expansive band of low temperatures has swept through a large swath of the Midwest including Northwest Indiana, said Lee Carlaw, National Weather Service meteorologist.

"There's been a pocket of cold air sitting in Canada and the Arctic Circle and there happened to have been a strong enough front to move all of it south," Carlaw said.

A freeze warning was in effect Friday night into Saturday morning, where temperatures could drop to 32 degrees near the lake shore and down to 26 degrees inland. For those who have used time at home to garden, planted flowers and vegetables could be in trouble.

"It's an unusually sharp cold mass moving through," Carlaw said. "Some areas could see a hard freeze moving overnight, which is when temps go below 28 degrees. Non-native plants could be susceptible and get damaged."

Carlaw said temperatures in the last two weeks have been below normal for the start of May, where the average usually hovers in the mid-to-upper 60s.

He said according to measurements taken at O'Hare Airport, the last freeze in May that hit below 32 degrees was in 2004. The last hard freeze, where temperatures went below 28 degrees, was in 1983.

While an unseasonable chill has settled into the Region, next week will begin to look more like spring, meteorologists predict.

The weekend will continue with temps in the mid-to-upper 50s and a warm-up will begin in the middle of next week, with Thursday getting into the 70-degree range, Carlaw said.

The glimmering "Sierra Gold" Chevy is part of a longstanding family tradition the Highland couple wanted to continue by celebrating the arrival of their newborn son.

Suspected motives in some recent shootings that wounded young people in Gary ranged from from retaliation to gangs and drugs, Cmdr. Jack Hamady said.

Large waves crash off the Portage Lakefront and Riverwalk on Friday.

Large waves roll in Friday off the Marquette Park beach lakefront in Gary.

Waves crash Friday into a seawall protecting a large home on the east edge of Ogden Dunes.