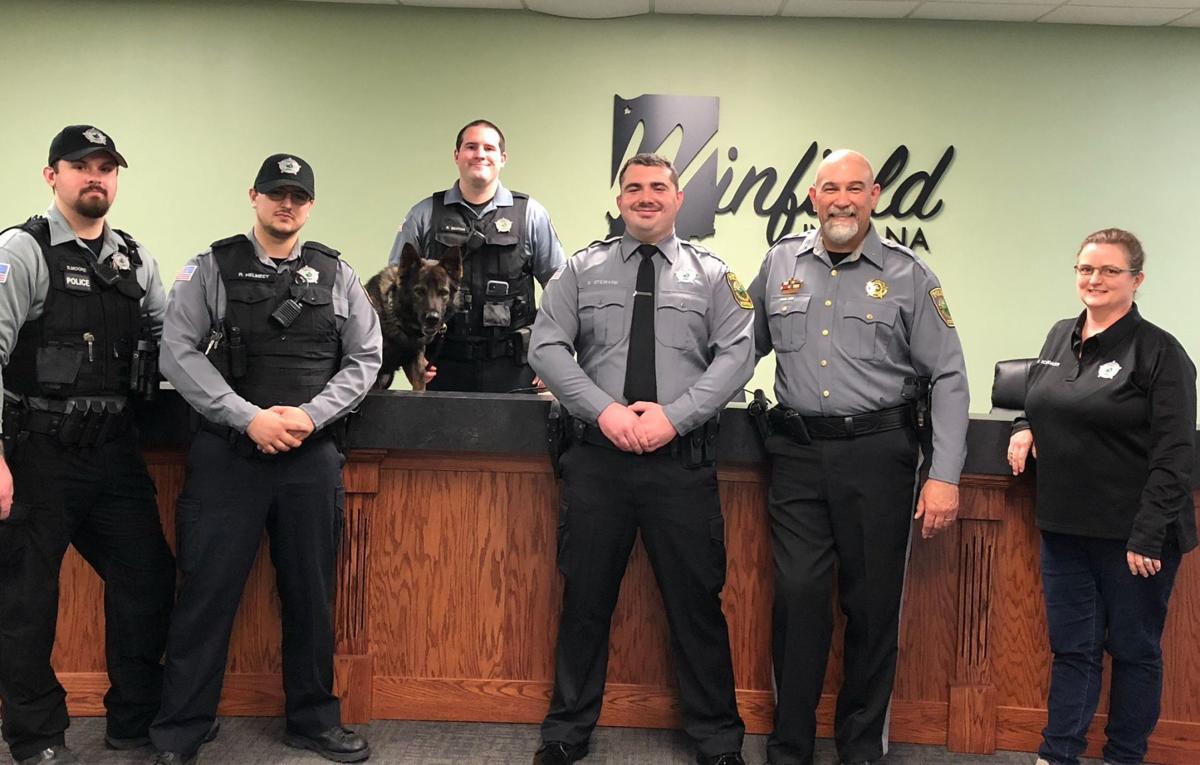 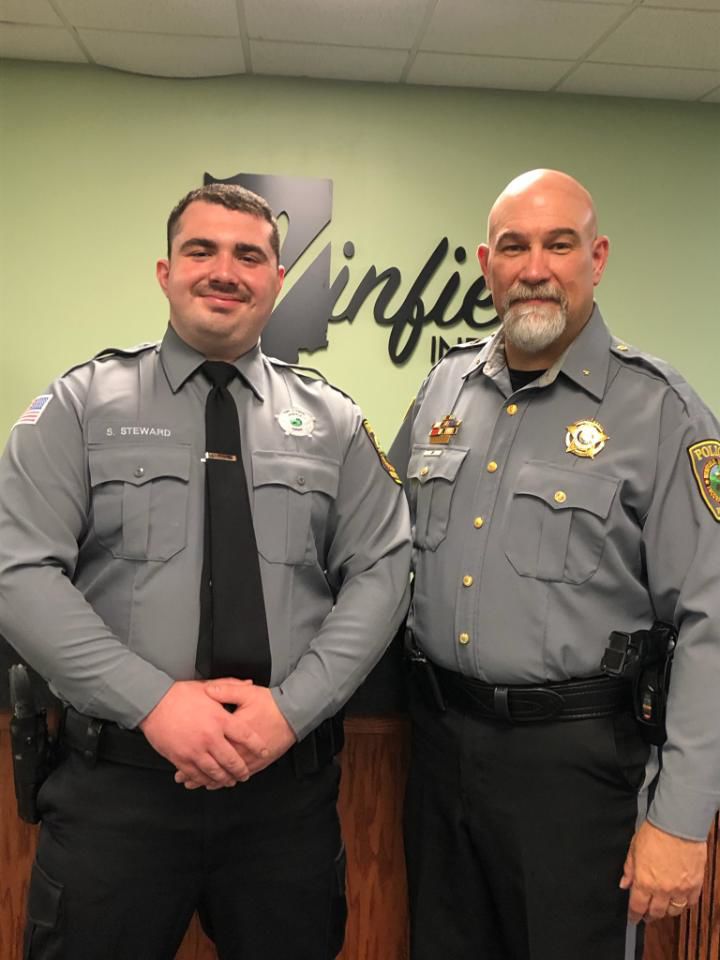 From left: Sam Steward, of Lowell, stands next to Winfield Marshal Dan Ball after being sworn in as a new member of the Winfield Police Department.

WINFIELD — Winfield bulked up its police force with a fifth officer sworn in this week.

Sam Steward, of Lowell, was sworn in Tuesday at a Winfield Town Council meeting, according to the Winfield Police Department.

"With the addition of a fifth officer, we are well-staffed to meet the law enforcement needs for the town of Winfield," Ball said. "We are right where we hoped to be when we created our five-year plan in 2015."

During the meeting, Benton was also promoted to the rank of Sergeant. Benton became in a Winfield officer in June 2017 and was recognized for his leadership in the department.

The lawsuit names Valparaiso, a police sergeant, a Valparaiso woman and her attorney.

NWI police save man attempting to jump from bridge

The officers caught the man by his ankle as he left the bridge over Interstate 65. Had they hesitated, the situation could have ended differently.

On Tuesday, Gary Mayor Jerome Prince said five people from the Gary Fire Department were exposed to COVID-19 while responding to a young resident who had been hit by a car Friday night.

A semi had leaked a large amount of fuel at the parking lot and near U.S. 41 and Ramblewood.

Man charged in the death of grandmother mistaken for rival

Murder charges were filed against a college student accused of being part of group of men who were targeting rival gang members but ended up killing a grandmother.

A man is in custody after allegedly breaking in and stealing an office safe from Schoop's Hamburgers in the middle of the night Wednesday.

Town officials are looking to have concrete work at the Randolph Street Park pavilion redone after puddles continue to form around the structure.

A developer is looking to transform the 34 acres that surround Ace Hardware into a new subdivision called Clover Grove.

During a recent town council meeting, councilmen unanimously adopted two ordinances that would increase the tow release and accident report fees in the town.

From left: Sam Steward, of Lowell, stands next to Winfield Marshal Dan Ball after being sworn in as a new member of the Winfield Police Department.