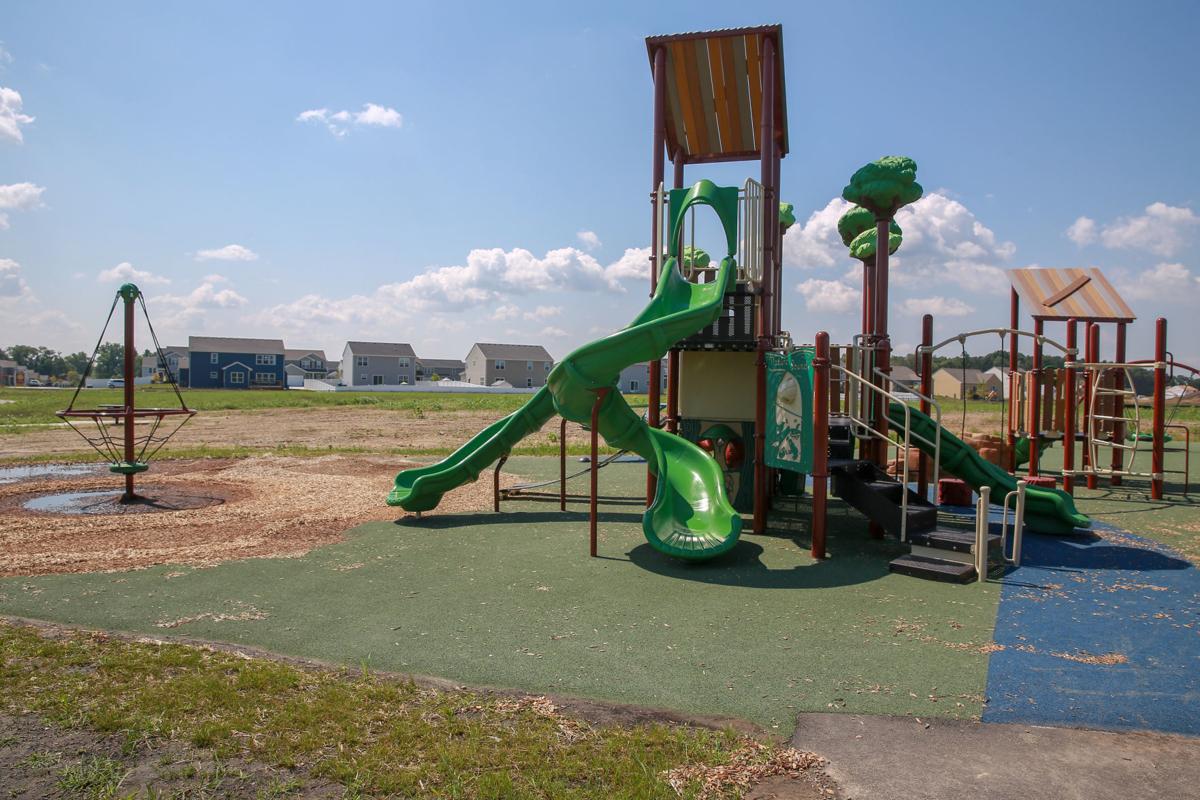 Winfield's newest park is in the Providence at Stonegate subdivision on Randolph Street. 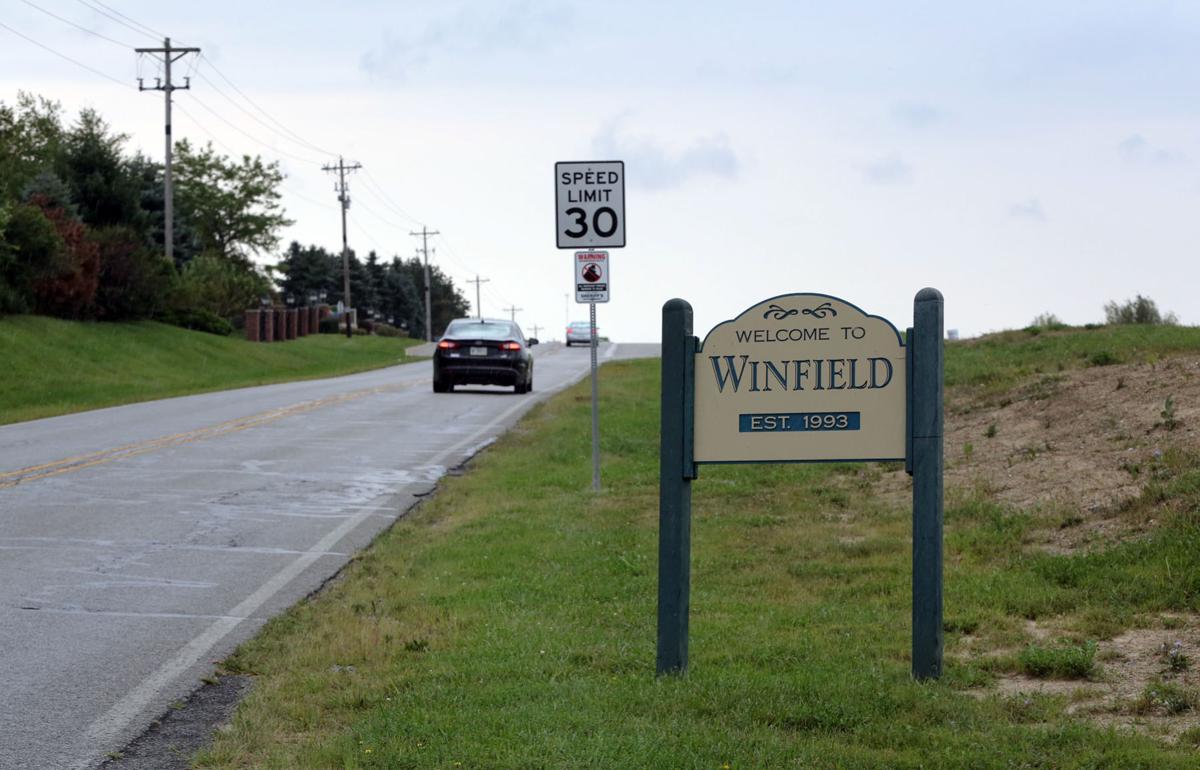 Winfield has experienced huge growth since it was incorporated in 1993.

WINFIELD —The town's community park is open to the public although there is some question about its official name and an official grand opening probably won't be held until spring.

The 15 acres was first offered to the town by the developers of the Providence at Stonegate subdivision about 10 years ago. It wasn't until about seven years ago the town followed through on the offer and had it properly deeded over. For the first nine years, the property mostly sat vacant and unused while town officials developed a plan and began saving money to carry it out.

The only activity on the property was by Providence, which dug a detention pond to serve the subdivision and started construction of a trail system around the pond. The dirt removed to create the pond was dumped on the park property, and Providence graded it to form a bowl, which can serve as a concert venue, Council President Gerald Stiener said.

The pond, the trails and the concert area were all done at Providence's expense, and the subdivision will benefit from having the park available for its residents in addition to the pond controlling flooding. Many other improvements are being done at the town's expense with funds from several sources.

"It was a long process to find the money to put into the park," Stiener said. "DLG drew up the master plan with the council's input. Everybody had their own ideas what should be in there, but it all came together. I'm just glad the town finally has a place where everybody can gather."

Stiener said the park is an important part of creating the concept of community for residents.

"Most town residents identify with Crown Point. Our taxes are much lower here, and that's a good thing."

Clerk-Treasurer Rick Anderson said the town has invested a total of $486,000 for the startup improvements to the park. In the beginning, the council began pooling the $500 voluntary park impact fee paid by developers for each new home, which totaled $84,000. A park impact fee ordinance was later established at $585 per lot, and that added $36,000 to the pot.

The town's share of the casino revenue was saved for eight years and totaled $226,000 that could be used for the entrance road and the parking lot. The playground equipment got the help of an $80,000 grant from the Lake County Solid Waste District because it was made from recycled material. Other funds also were used to reach the final figure.

Kim Wachowski, office and event coordinator, said the project so far has included the inground electrical work in addition to the playground, parking lot and entrance. The concrete pad for the portable toilets was scheduled to be poured this past weekend, which, with the planting of grass and some landscaping, will complete this year's portion.

It's complete enough that the public was allowed to use the park for the first time in early August, and Wachowski is busy planning for the annual Harvest Fest in October, which will be the first town event in the park.

Names being discussed for the park are Randolph Park, Randolph Street Park and Winfield Park. Until it's decided, Stiener said, "We haven't bought any signs yet."

WINFIELD — In the last two years, the ever-growing town has tripled its police force with the hiring of two full-time deputy marshals and move…

Winfield, having an identity crisis, wants to make another run at its own ZIP code

WINFIELD —Winfield has an identity problem, town officials believe, and having its own ZIP code might be the answer.

Winfield's newest park is in the Providence at Stonegate subdivision on Randolph Street.

Winfield has experienced huge growth since it was incorporated in 1993.