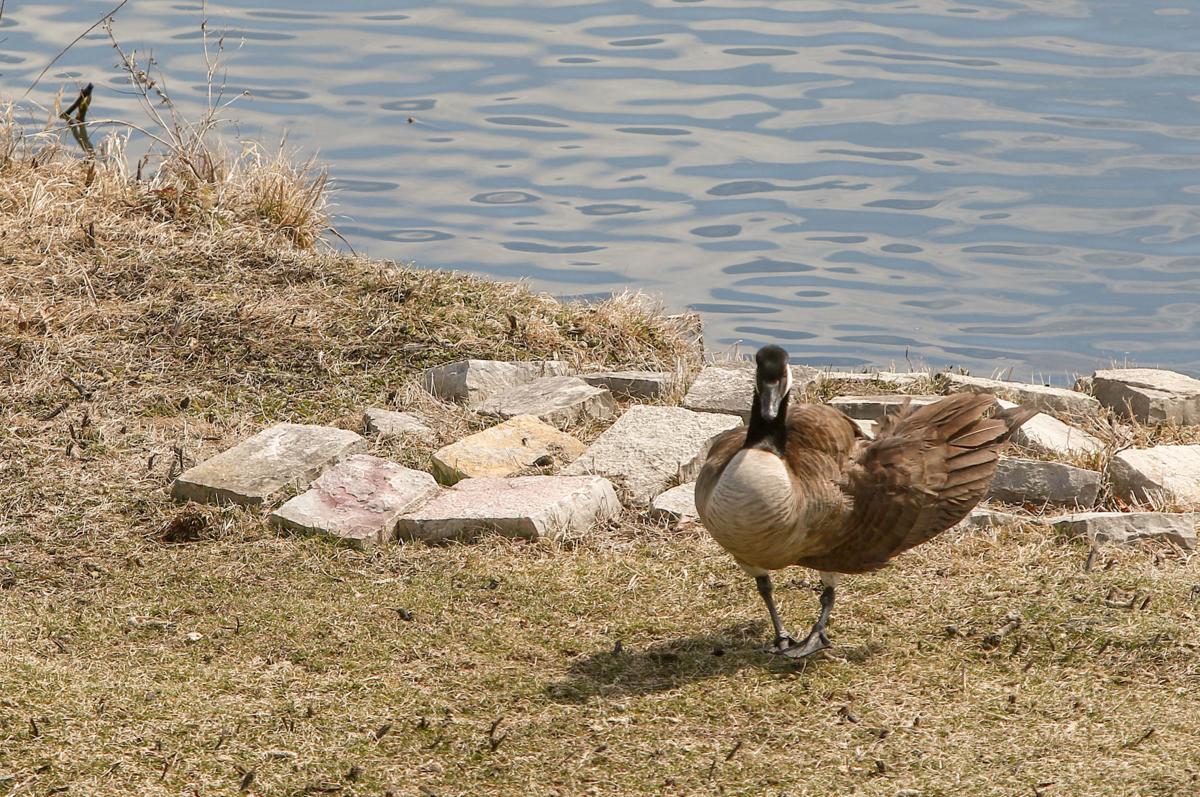 A goose that has been seen at Blackhawk Lake in Merrillville appears to have a broken wing. A resident in the area is hoping something can be done besides euthanizing the bird. 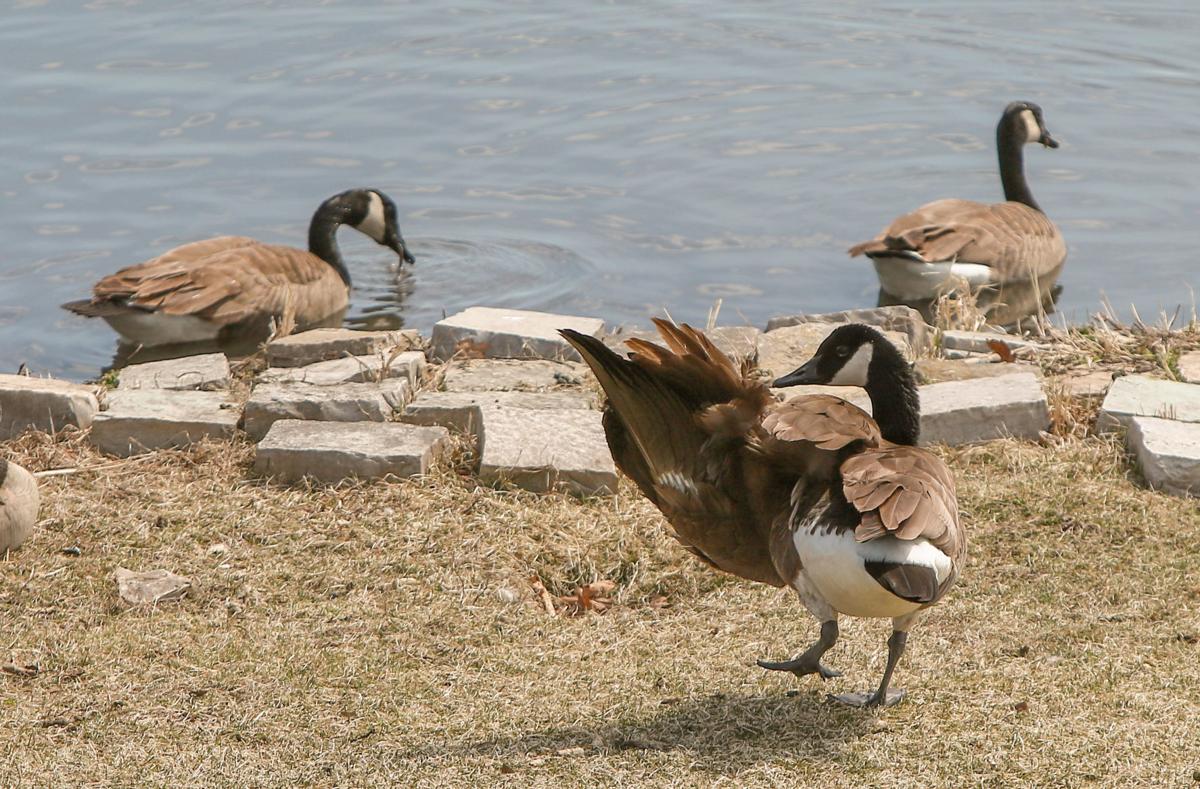 A goose with a likely broken wing, center, hangs around Blackhawk Lake in Merrillville with part of his flock. 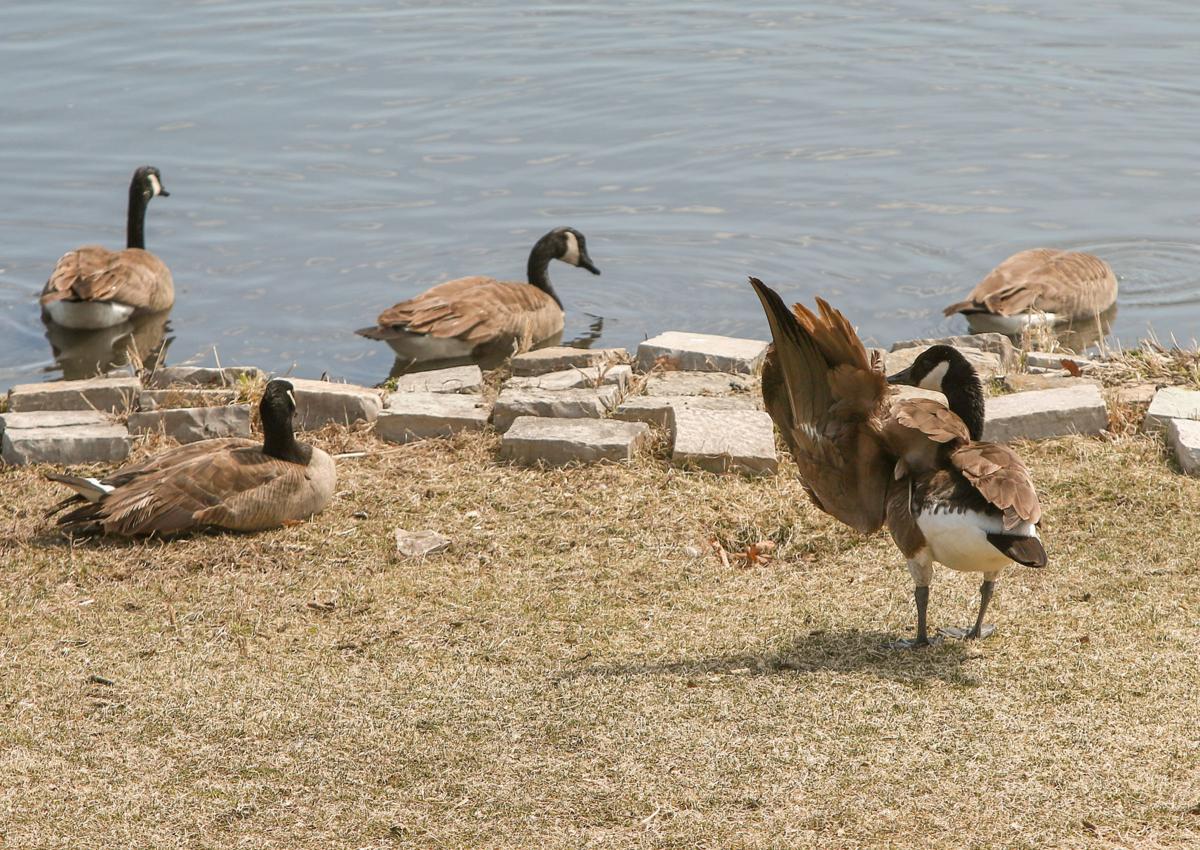 Former U.S. Marine Corrie Frank hopes the goose with a broken wing can be captured and healed. 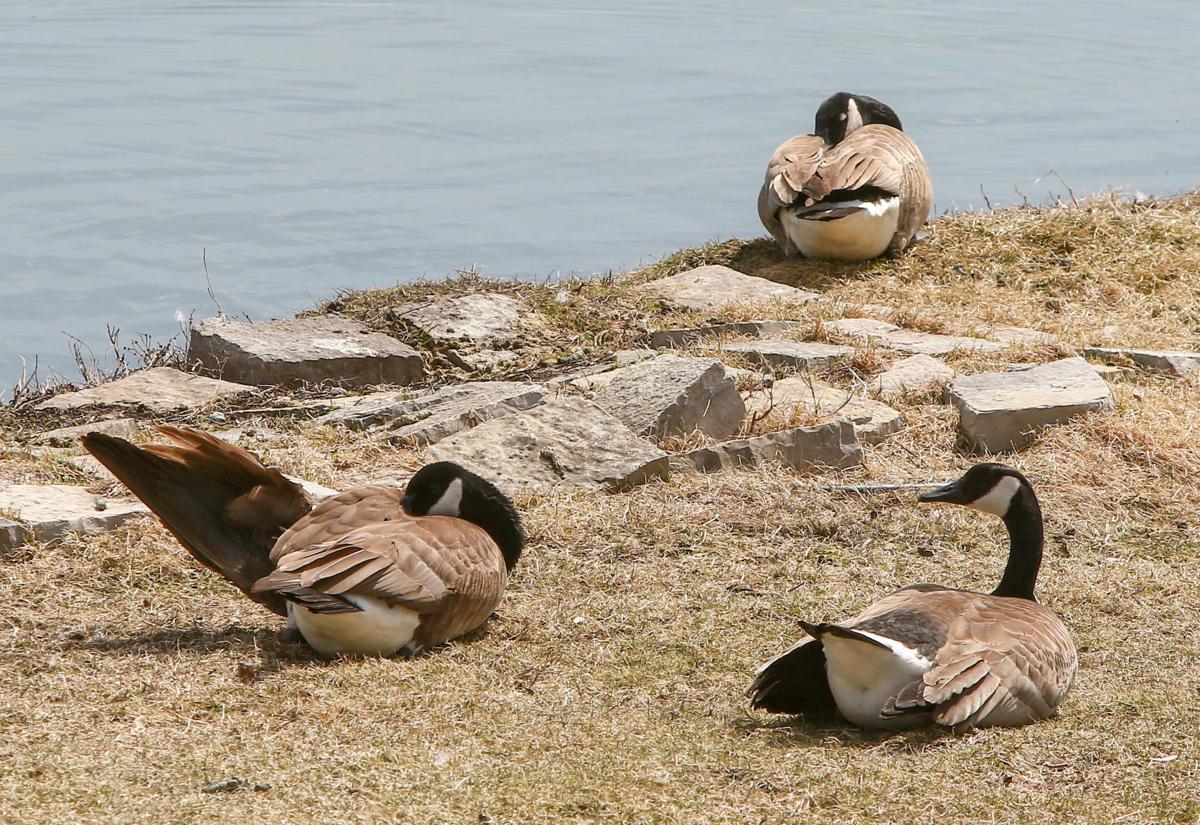 A goose, left, appears to have a broken wing. A Merrillville resident hopes something can be done besides euthanizing the bird.

A goose that has been seen at Blackhawk Lake in Merrillville appears to have a broken wing. A resident in the area is hoping something can be done besides euthanizing the bird.

A goose with a likely broken wing, center, hangs around Blackhawk Lake in Merrillville with part of his flock.

Former U.S. Marine Corrie Frank hopes the goose with a broken wing can be captured and healed.

A goose, left, appears to have a broken wing. A Merrillville resident hopes something can be done besides euthanizing the bird.

MERRILLVILLE — Former U.S. Marine Corrie Frank has undertaken a new mission ever since he noticed a Canada goose with a broken wing outside Lake Blackhawk in the Bridgewood subdivision last week.

The goose has been hanging around the Merrillville lake with its flock but has been grounded by its busted wing. Frank fears when the summer ends and the other geese fly south to warmer climes, it will die alone and abandoned.

"Even though I'm retired from the military, I still want to help a fellow injured comrade, no matter what that comrade may be," Frank said.

Concerned for the goose's welfare, he's embarked on what he's called his Disabled Goose Initiative, or DGI, to try to get it some help.

"Everything has an acronym now," he said.

Frank called animal control, the town government, local wildlife refuges, anyone he could think of. The Indiana Department of Natural Resources seemed like the right agency to reach out to.

A Department of Natural Resources conversation officer came out to Lake Blackhawk and told Frank he could euthanize the bird but couldn't capture it and take it anywhere to get help, Frank said.

"I was really disappointed the DNR said that the only option was to euthanize it," he said. "There have to be other options. It's not bothering me. I thought they would have better training and would be trying to protect nature, not harm it. I thought they could take care of the situation."

Indiana DNR spokesman Marty Benson pointed to regulations that state the state agency does not provide services for injured or orphaned animals.

"What really bothers me is the Indiana DNR did not show me they have the resources or expertise to get hold of this goose and get it some help," Frank said. "That's a shame. If I wanted it dead, I could just shoot it and put a goose dinner on my plate."

Frank hopes to get the goose to a veterinarian or wildlife rehabilitation center to get it patched up. His hope is that the wing gets fixed in time so it can fly off with the rest of the flock when the waterfowl migrate south later this year. He's especially concerned because the goose appears to have a mate who keeps close to him.

"This other goose keeps going by the guy's wife," he said. "He keeps chasing him off, running with his one wing flapping."

Frank and his wife, who have been watching the geese out of the window of their home and inadvertently feeding them grass seed that was supposed to be coated so geese wouldn't eat it, have been calling the injured goose Floyd.

"You know, like 3Floyds. Like the barber from Mayberry. You know, Opie and Mayberry," he said, referring to "The Andy Griffith Show." "A guy asked me, Why Floyd? He just looks like a Floyd."

The Moraine Ridge Wildlife Rehabilitation Center at 570 N. 450 East in Valparaiso has the permits to take the goose and can have its vets treat it, but someone would have to bring it there between 8 a.m. and 4 p.m. on any day of the week, Wildlife Director Steve Lakatos said.

"We are, however, a not-for-profit and do not have the staffing or resources to come and do the rescues ourselves," he said. "If the individual or some neighbors can capture it and bring it to us in Valparaiso, that would be great."

He said veterinarians ultimately may decide the wing needs to be amputated.

"Broken wings at times can be fixed, but factors such as age of the injury and location on the wing play huge roles in the success of their healing," he said. "In essence, no two breaks are the same; in situations like this, we typically defer to our veterinarians for the next course of action."

The Moraine Ridge Wildlife Rehabilitation Center does not currently recommend any nuisance wildlife companies in the area.

"I do caution people to ask what the company does with an animal once they do capture it as at times," Lakatos said. "Either by their policy or new laws, the wishes of the landowner as far as the disposition of the animal may not always be what the person who called the nuisance wildlife company had intended."

Frank has tried to corral Floyd to try to get him the veterinary care he needs for the broken wing, but the goose just escapes to the lake.

"I'll walk down there and it will just go swimming," he said. "I don't know what to do. Maybe a good shot could dope it up or something. It's something for a professional to handle."

After unsuccessfully trying to find someone to capture the goose and get its broken wing mended, Frank turned to The Times, hoping a reader could come help Floyd. He plans to post clippings of the story at local sporting goods stores.

"I've tried everything I could think of, and I don't know where else to turn," he said. "If we can get Dumbo the elephant to fly, we should be able to get a damn goose to fly again."

The owners of Beverly Shore's Hobgoblin, a high-end liquor store with an emphasis on wine, k…

Thanos's snap may have wiped out half the universe at the end of "Avengers: Infinity War," b…

SCHERERVILLE — Shops on Main, one of the Region's hottest retail hubs over the last few year…

Hoosiers have another reason to be thankful, because the cost of a traditional Thanksgiving …

"Even though I'm retired from the military, I still want to help a fellow injured comrade, no matter what that comrade may be." — Former U.S. Marine Corrie Frank

FISHERS, Ind. — Suburban Indianapolis police are warning people to give plenty of room to geese after one attacked two people in a parking lot.

Chase to close another NWI branch in October, the seventh in three years

Chase, which recently closed two branches in Merrillville and another in Portage, informed customers it plans to close its Kouts branch in Por…