Employment opportunities vary across LaPorte County
Share this
1 of 4 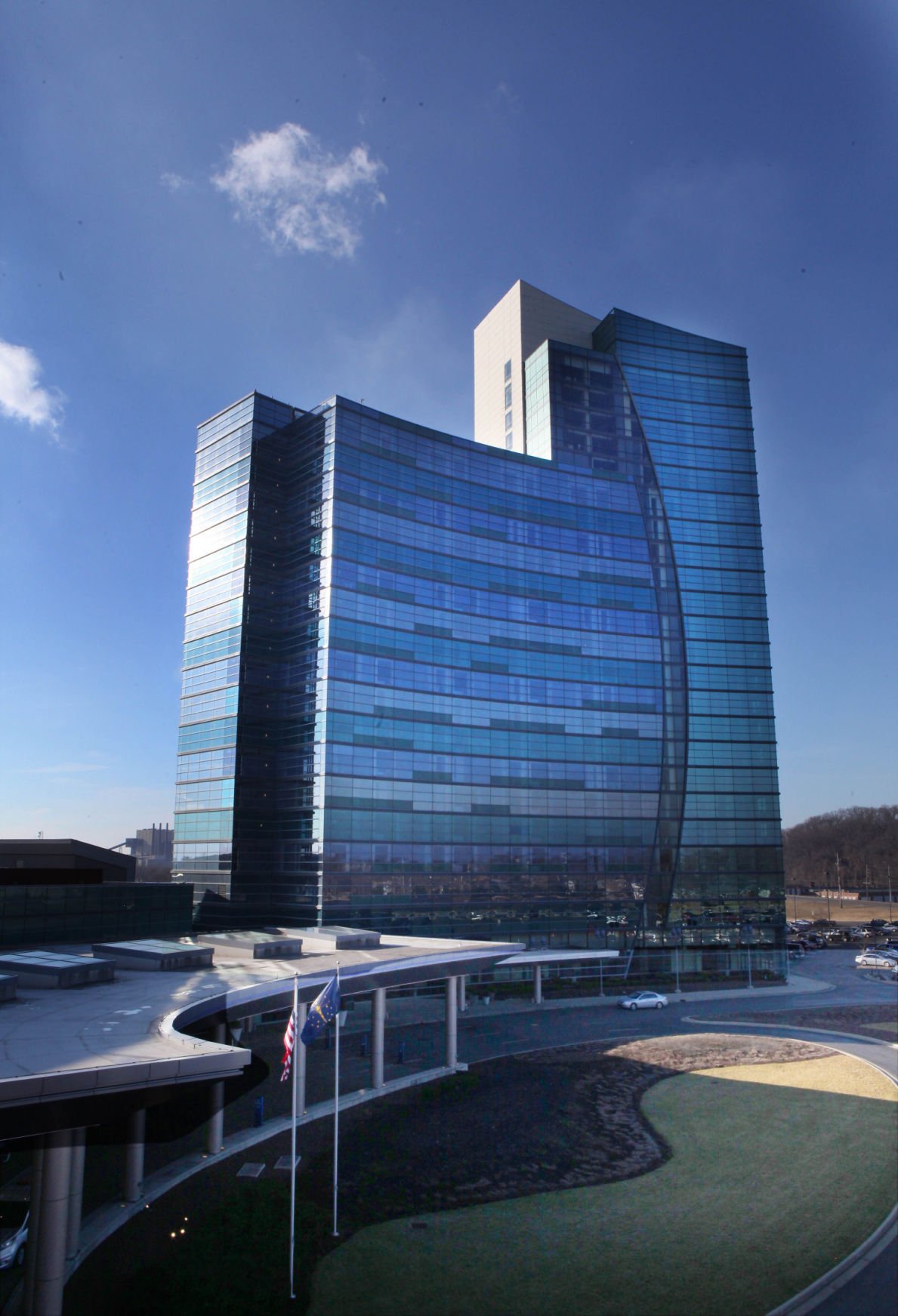 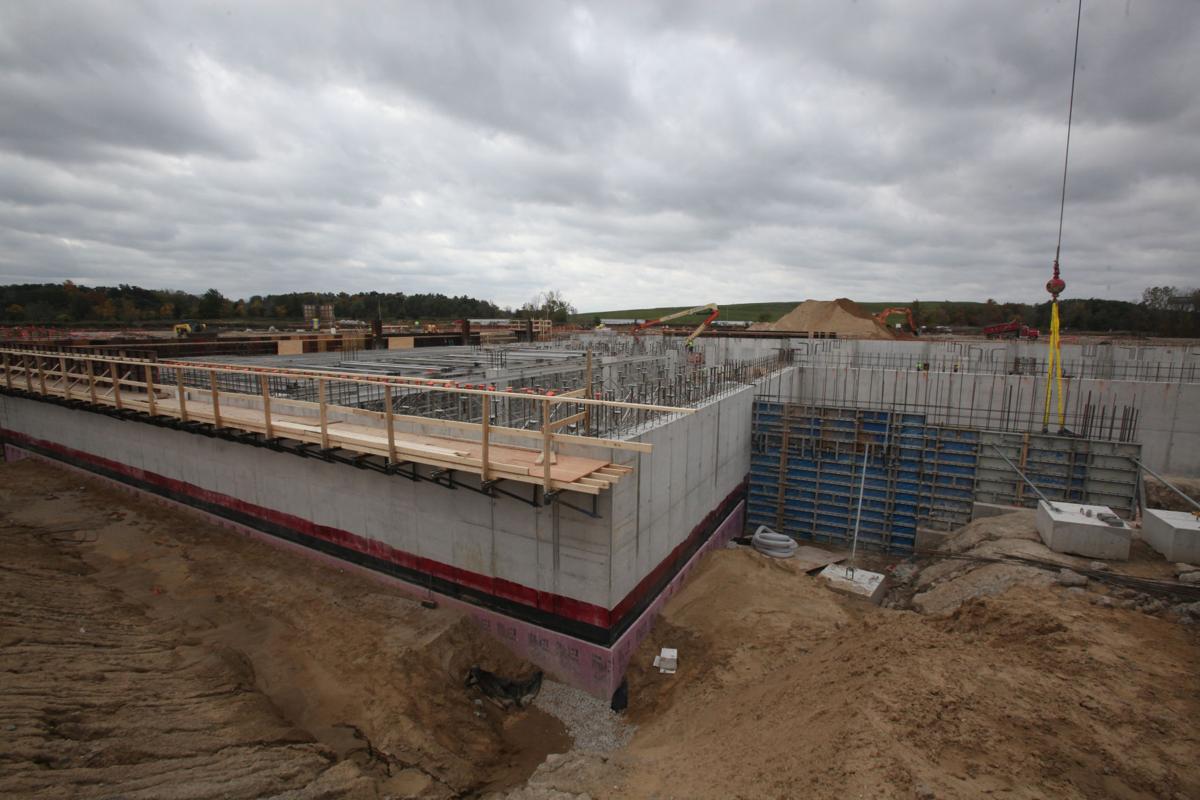 The new Franciscan St. Anthony Health hospital is under construction at U.S. 421 and Interstate 94 in Michigan City. 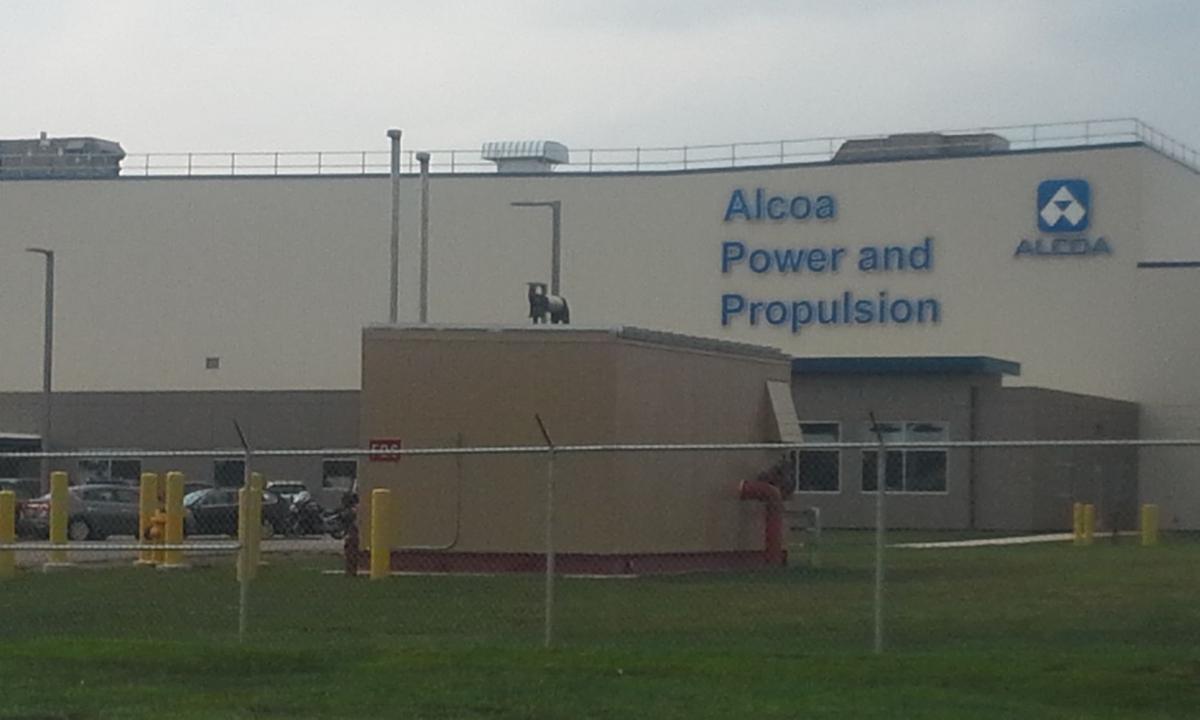 The Alcoa Power and Propulsion plant is pictured in LaPorte. 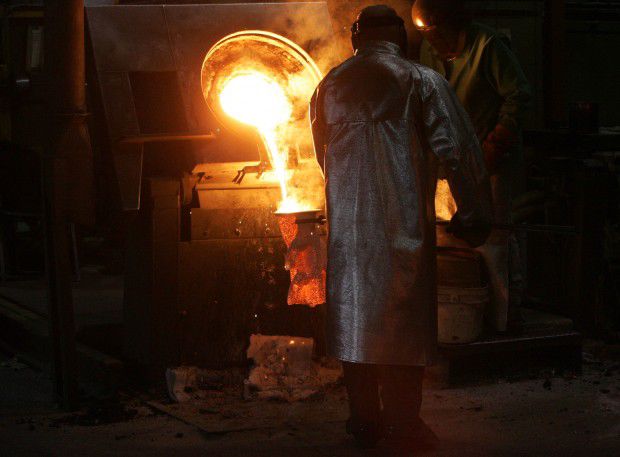 When Bert Cook looks out across LaPorte County, he sees employment opportunities that vary with the geographical landscape.

Agriculture dominates in the south end of the county and gives way to a strong manufacturing base around LaPorte in the central portion of the county, said Cook, who serves as executive director of the Greater LaPorte Economic Development Corp.

Manufacturing continues to a lesser degree to the north in Michigan City, where a strong service and retail industry picks up, he said.

Manufacturing is still king in the county, with the industry topping the list of job providers last year at 7,696 positions, according to figures provided by Anthony Sindone, director of the Center for Economic Development and Research at Purdue University Northwest.

Manufacturing is followed by government and then retail jobs, he said.

"Those are the three movers," Sindone said.

Manufacturing took the No. 1 spot over the past decade from the government sector in the county, according to figures provided by Sindone. The county gained 5 percent more manufacturing jobs during the past 10 years and lost nearly 14 percent of its government jobs.

This differs from the Region as a whole, which lost manufacturing jobs during the same 10-year period, mostly as a result of Lake County, he said.

Rita Mrozinski, president of the Greater LaPorte Chamber of Commerce, said manufacturing accounts for 41 percent of the jobs in the city of LaPorte.

The category is far larger than the nearest two of administration/waste services at 8.7 percent and health care/social assistance at 7 percent, she said.

"LaPorte is huge in manufacturing," she said.

The chamber is working closely with the local schools to inform students  they don't necessarily need a four-year college degree to find a job after graduation. Local manufacturing jobs are available to those with two years of school or technical training, she said.

The Blue Chip Casino in Michigan City, which was pointed out by Cook as one of the big employers at the north end of the county, reported 1,068 jobs in the Indiana Gaming Commission's 2015 annual report.

Another big employer to the north is Franciscan St. Anthony Health hospital, which broke ground in May on a new hospital at U.S. 421 and Interstate 94. The $233 million project is to be complete in the summer of 2018.

The county's second hospital, LaPorte Hospital, will also be building a new facility and is in the site selection phase of the project, Cook said. City officials are putting together an incentive package in hopes of keeping the hospital within city limits.

The county is also home to large prison facilities, which add to the large number of local government jobs.

The Indiana State Prison in Michigan City employs about 537 people, according to the Indiana Department of Correction website. Employment numbers were not readily available for the Westville Correctional Facility.

A big employer in LaPorte is Arconic, which is the former Alcoa company, Cook said. The aerospace company has completed a $140 million expansion of its plant, which was among the largest projects statewide in 2015, he said.

"You're talking an industrial leader," he said.

The expansion added close to 350 jobs, bringing the entire workforce to 750, Cook said.

The company, along with Aero Metals, is part of the cast parts industry, which has a big presence in LaPorte County, he said.

As one company has done well, others have opened up shop so there are now five large firms and other smaller operations.

"The more you have in one particular sector, the more you draw," Cook said.

Another popular industry in LaPorte involves films, such as those used in commercial products, he said.

Renolit produces plastic films designed for such uses as signs, the auto industry and to add textures to furniture, he said.

There are also a couple of large local producers of air compressors, Cook said. Sullair is in Michigan City and Boss Air in LaPorte.

LaPorte is also home to paper and metal manufacturers, as well as two bakeries, Mrozinski said.

Several companies have been in operation locally for many years, she said. These include New York Blower Co. and American Licorice Co.

The local Kroger grocery store has announced plans to build a new facility and expand its service to become a Super Kroger store, Mrozinski said.

The county sought out this type of job diversity after Allis-Chalmers, which produced agricultural implements, closed up shop in LaPorte in the 1980s, Cook said. The area's economy relied heavily on the company.

"When they left, it became obvious we needed to diversify," he said.

There are industrial parks attempting to attract companies in Michigan City, LaPorte and the unincorporated areas, he said.

Looking to the future, Cook said the specific areas of the county will continue to dictate the types of growth.

Arena back on drawing board for LaPorte County

LAPORTE — Plans for a multi-purpose arena that could include hockey in LaPorte County have surfaced again.

As local Republican and Democratic officials prepare to reorganize this coming weekend, they face the challenge of how best to use the increas…

HOBART — If Northwest Indiana wants to move ahead economically, its people need to travel from point A to point B, they need the knowledge to …

TERRE HAUTE, Ind. — The state's automotive manufacturing sector is a $15.8 billion industry that employs more than 100,000 people in Indiana, …

Interact: LaPorte County workers and jobs by the numbers

The following charts display the diverse makeup of LaPorte County's workforce as well as where the jobs are in Porter County.

It was a mixed year for Republicans in Porter and LaPorte counties.

LAPORTE — When the 38-year-old LaPorte Hospital foundation merges at the end of the year with the new Healthcare Foundation of LaPorte, leader…

The new Franciscan St. Anthony Health hospital is under construction at U.S. 421 and Interstate 94 in Michigan City.

The Alcoa Power and Propulsion plant is pictured in LaPorte.