Three more of the propane-fueled buses should be here by summer.

The buses are replacing much older models powered by diesel fuel.

A $206,699 grant from the Indiana Department of Environmental Management helped offset the $817,296 cost.

Denise Willis, the driver of a diesel engine school bus for 22 years, said not only do the propane models produce less emissions but they get up to highway speed just as quickly and run much quieter.

“I see a whole bunch of benefits. I don’t see any real drawbacks,” she said.

A propane filling station at the school district transportation garage at 1100 S. Woodland Ave. was provided at no cost by Co-Alliance, a longtime central Indiana based provider of propane for heat and other uses on farms, homes and businesses.

Bus drivers simply insert a nozzle and turn on the pump like they were at a gas station filling up their personal vehicles.

Sue Harrison, director of transportation for the school corporation, said the propane buses produce almost no emissions and don’t require being plugged in during the winter to keep the diesel fuel from jelling in the cold.

She said propane is cheaper than diesel fuel and costs about the same as gasoline also used in some of their buses.

Harrison also said the propane tanks are more puncture resistant and absorb more of the impact from a crash.

“The way they’re slanted, if you were to have a rear-end collision it would cause the car to go under the tank and lift the bus up so you’re not going to get that straight-on force of a collision,” she said.

The district has about 50 diesel powered buses remaining, along with 10 gasoline-powered buses.

The plan is to phase out the remainder of diesel buses as they reach maturity.

“In the long run, we’re going to save money all the way around,” Harrison said.

Co-Alliance also supplies propane for school buses at Lake Central and a limited number of school districts in other parts of the state.

Travis Nicholson, service and safety manager for Co-Alliance, said the company is relatively new at supplying propane for school buses since the technology for its use in transportation just advanced to this stage in recent years.

He said more school districts are looking closely at going propane with their buses.

“It’s really a new-age product. We’re really excited about it being in this territory,” Nicholson said. 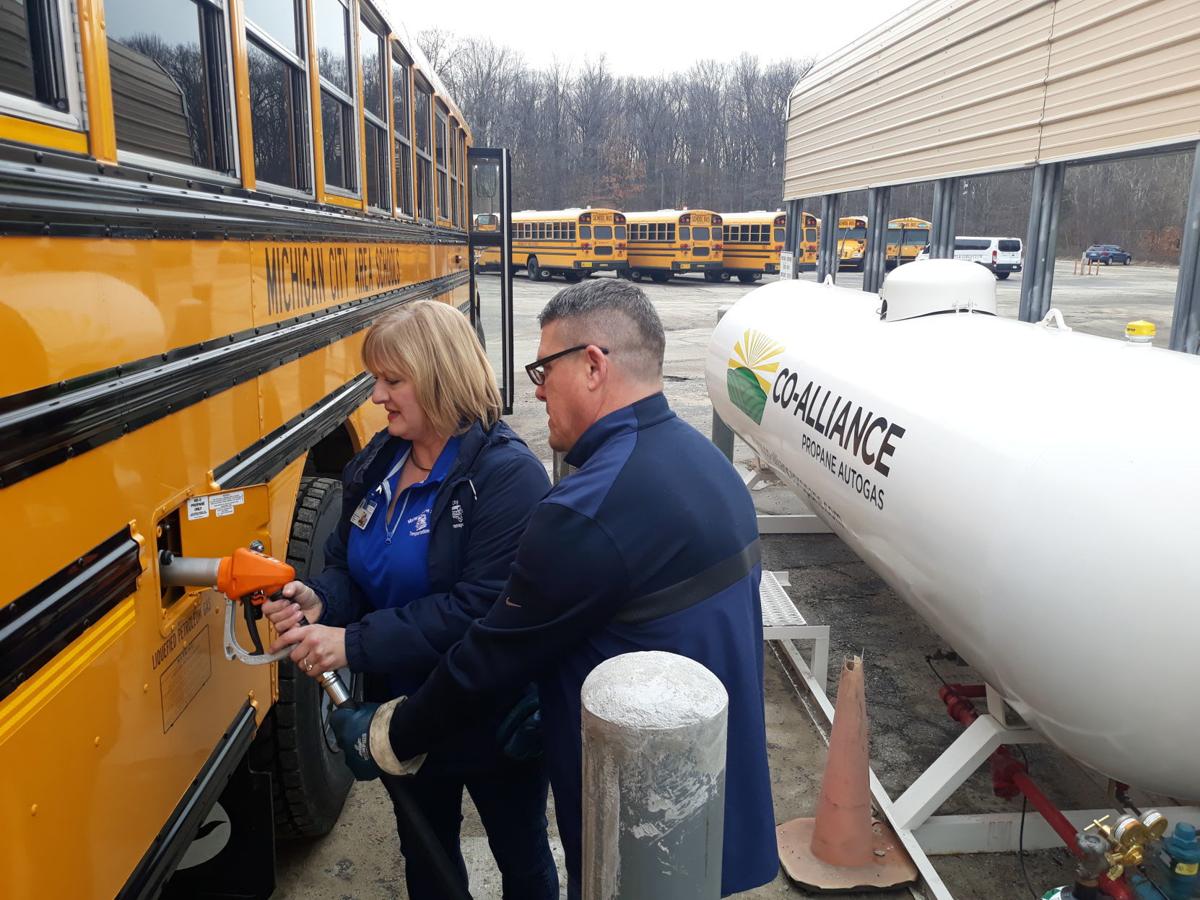 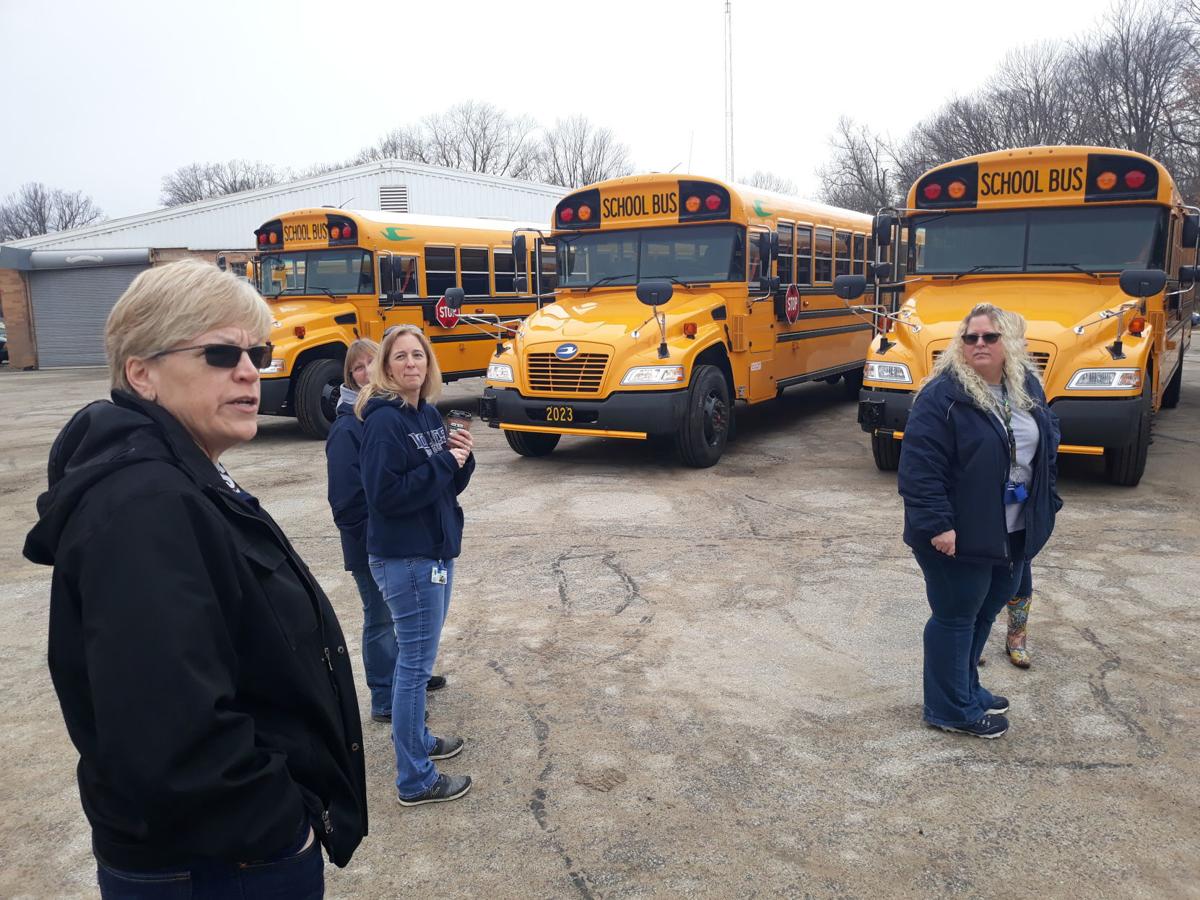