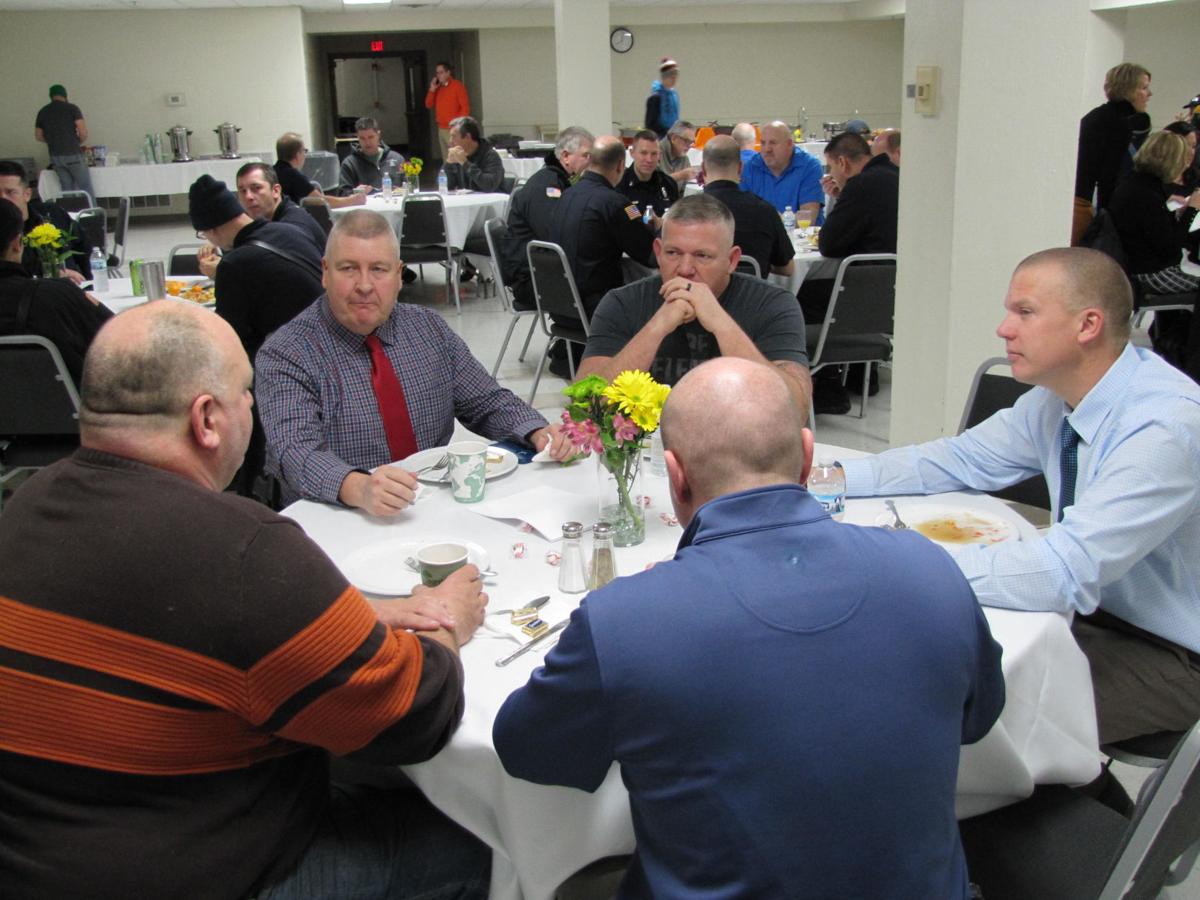 LaPorte Police Chief Paul Brettin and his assistant police chief Nathan Thode, right, were among the city employees at a Monday breakfast hosted by Mayor Tom Dermody to rally his new administration. 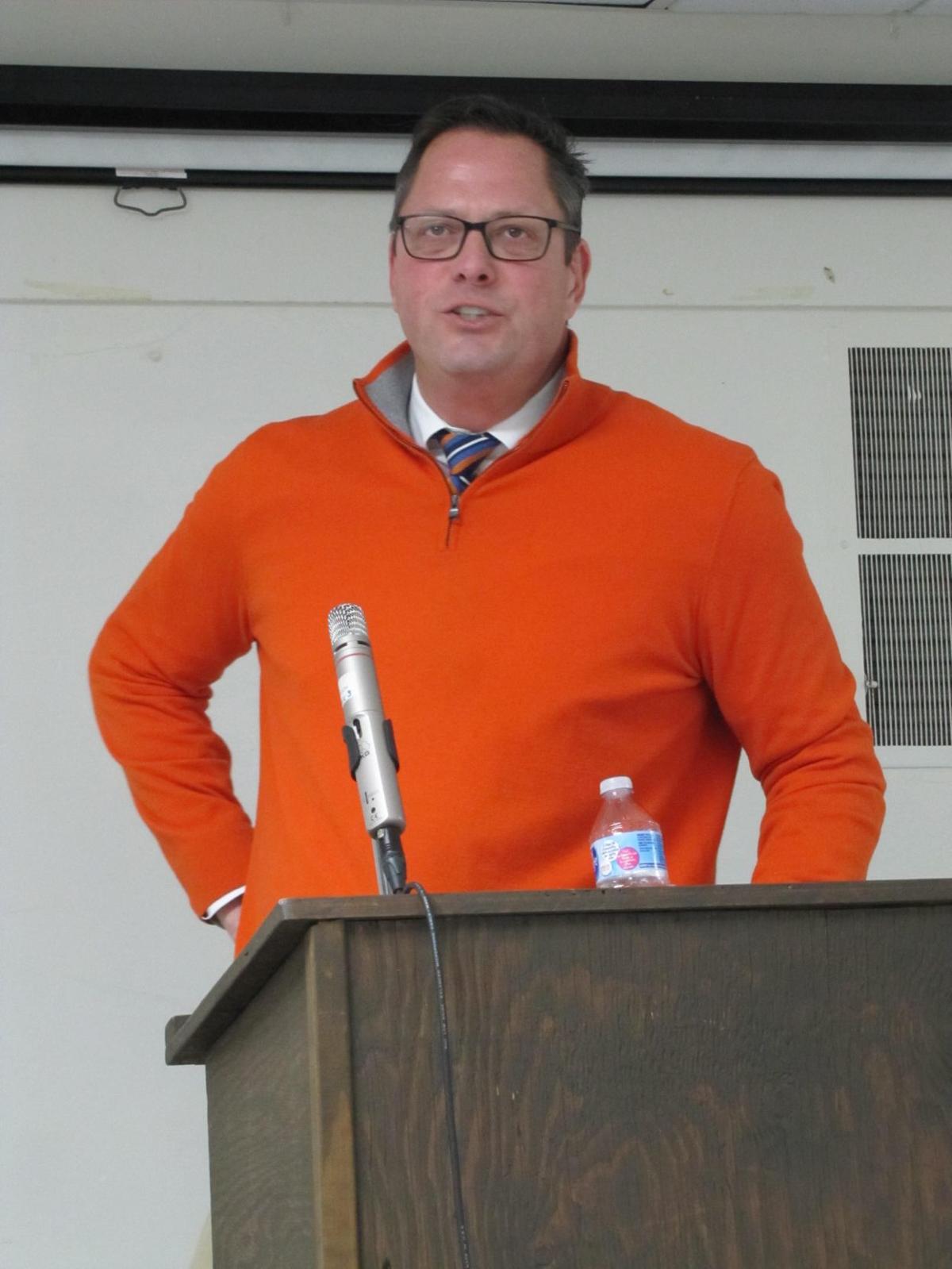 LaPorte's new mayor, Tom Dermody, outlines his vision and how he wants to achieve it during a breakfast for city employees on Monday at the Civic Auditorium.

LAPORTE — The new mayor of LaPorte didn’t wait long to start his effort to further a sense of community and pride that he said is key to cleaning up the city and ushering in a brighter future.

The day after Mayor Tom Dermody was sworn in, he helped gather information from neighbors used by police to arrest a suspected drug dealer at Ohio and Norton streets.

On Monday, Dermody and other members of his administration inspected an apartment building and spoke to the owner about their concerns in an effort to start the process of bringing the building into compliance.

Dermody provided breakfast Monday to city employees and community members to share his vision and rally them behind the cause.

“I’m done hearing about Valparaiso, Michigan City and all of those other communities. We will compete, all of us together, with the best,’’ Dermody said.

A major source of motivation for the former state representative is getting more young people to stay in the city, and to move to it.

Dermody said the city is already special but can be even more so with a more unified and aggressive line of attack to problems like drug dealing and code enforcement.

"I plan on being out in your departments just sitting, listening and hearing more about you and your family and what makes things special,’’ he said to the employees at the breakfast.

"It is the people,’’ said police officer Carl Jackson, when Dermody asked his audience what they liked most about the city.

Ryan Seaburg, a local businessman who hangs banners of student athletes every year in downtown, said he moved to LaPorte in 1999 and stayed to raise his children because of the people there.

"Everybody here has contributed to his great life I’ve been fortunate to have,’’ he said.

Bert Cook, executive director of the LaPorte Economic Advancement Partnership, called the breakfast a first-time experience for him under a new mayor.

"We are all working on that common goal, which is to make the life of residents in this community better tomorrow than it is today and for all of these people to be united in the one cause that’s a special thing,’’ Cook said.

The surviving soot-covered snakes were taken to Pet Supplies Plus, where they were given a bath.

The LaPorte Board of Public Works and Safety has entered into an agreement with Surf Air Wireless to extend the latest in fiber optics in the hopes of making LaPorte a "gig city."

LaPorte Police Chief Paul Brettin and his assistant police chief Nathan Thode, right, were among the city employees at a Monday breakfast hosted by Mayor Tom Dermody to rally his new administration.

LaPorte's new mayor, Tom Dermody, outlines his vision and how he wants to achieve it during a breakfast for city employees on Monday at the Civic Auditorium.