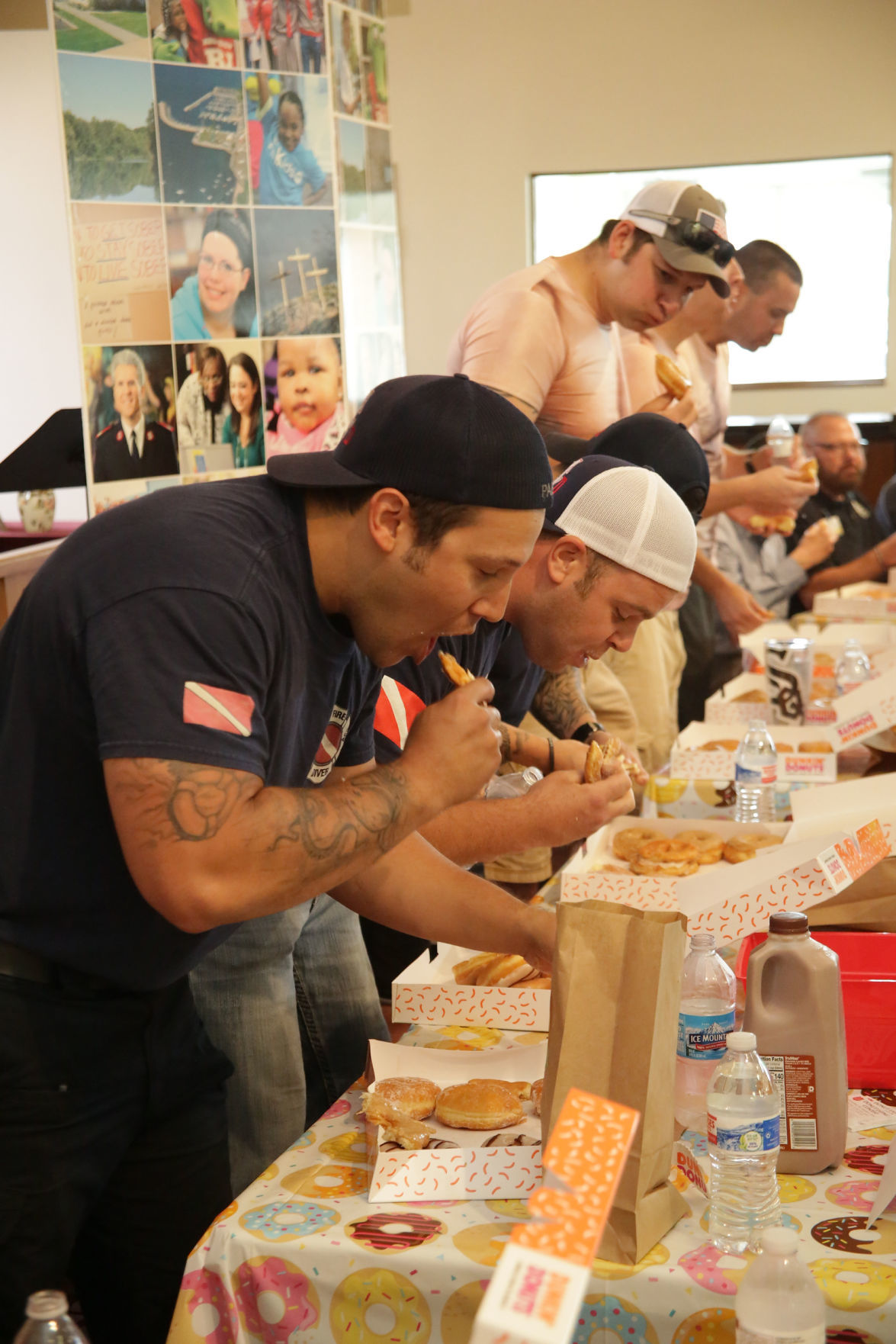 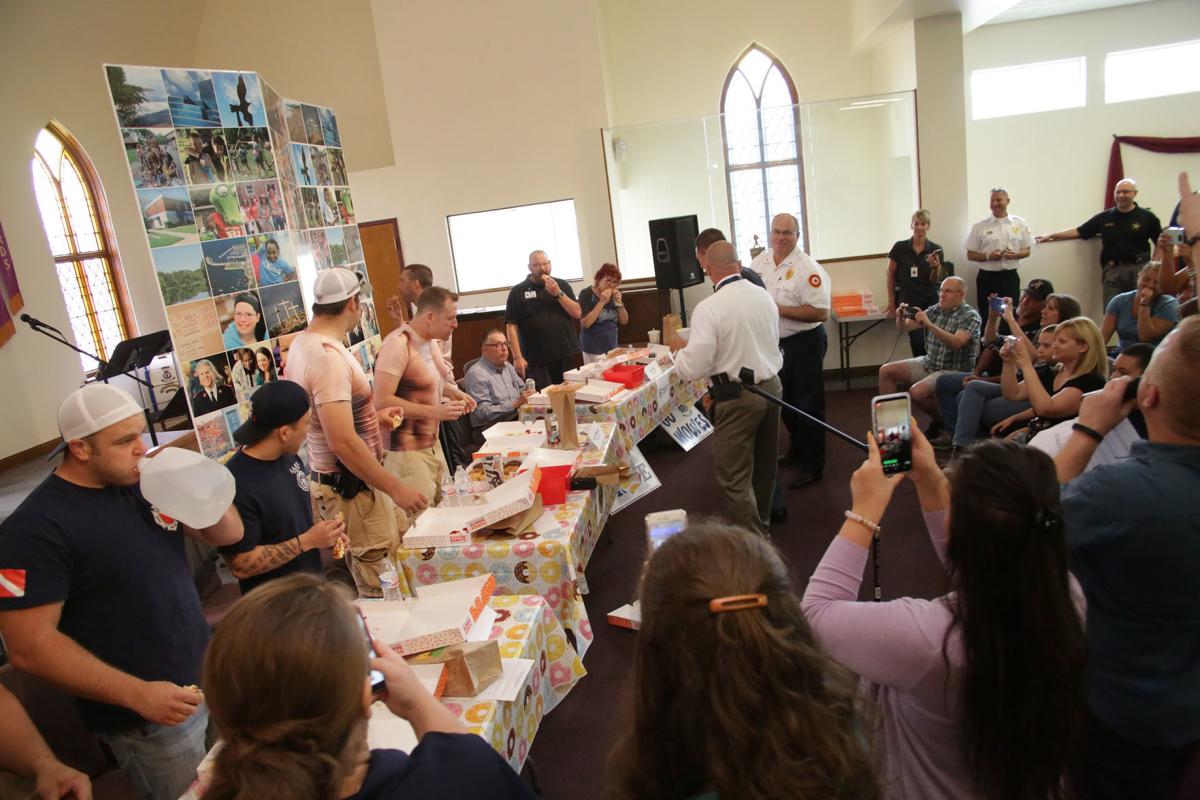 MICHIGAN CITY — A team of firefighters pulled off what could be viewed as an upset — considering police have a long-standing reputation for eating doughnuts.

The team of Michigan City firefighters — Nick Pabon, Drew Belue and Josh Allen — consumed 44 doughnuts in 10 minutes, outdistancing the Police Department squad by six and a half doughnuts before more than 50 cheering spectators.

Belue wolfed down 18 of the donuts alone.

According to historians, National Doughnut Day started in 1938 as a fundraiser for the Salvation Army in Chicago to help people struggling during the Great Depression and honor female Salvation Army volunteers serving doughnuts to soldiers during World War I.

Jessica O’Brien, development director for the local Salvation Army branch, said money was raised from the sale of raffle tickets, at $10 apiece, for prizes.

Mary Schlunz won on the grand prize of a one month free membership for two at Anytime Fitness. The other winner was Kesha Pate, who received a $100 gift certificate for the spa at Blue Chip Casino.

Sgt. Ken Drake consumed nearly half of the donuts eaten by his Police Department colleagues.

‘’The crowd got me motivated. I got into the event and I plowed right through them,’’ Drake said.

The exact amount of money collected wasn’t known, but O’Brien estimated it would be about the same as the "couple of thousand dollars’’ raised from last year’s event.

Salvation Army Capt. Johnny Bartsch said other reasons for the event are raising awareness about the organization, inspiring people to get involved and to bring the community closer together.

"Raising some money. That’s great, too, but we really just want to see people coming together and having some fun,’’ Bartsch said.

Friends and supporters of Olga's Restaurant held a benefit recently at  Burn 'Em Brewing in Michigan City to help the restaurant rebuild after fire destroyed it Dec. 22.

Fundraiser launched for Valpo veteran who died in car crash

Daniel Mckeown died on his son's first birthday, said Max Maples, a longtime friend and co-worker of the Valparaiso man.

The National Weather Service issued a hazardous weather outlook Thursday, as temperatures are expected to drop below zero Thursday night into Friday morning.

Whiteout conditions to blame in 5-vehicle crash on I-94, police say

Police say a pickup pulling a trailer was engulfed in flames when they arrived. A semi, and three other unknown vehicles were also involved in the crash.

A man found dead in a roadside pond in LaPorte County was last seen alive by a man at a trap house, according to court records.

LONG BEACH — Steel pilings weighing 1,500 pounds are being driven into the sand at Long Beach for new seawalls to protect seven homes threaten…