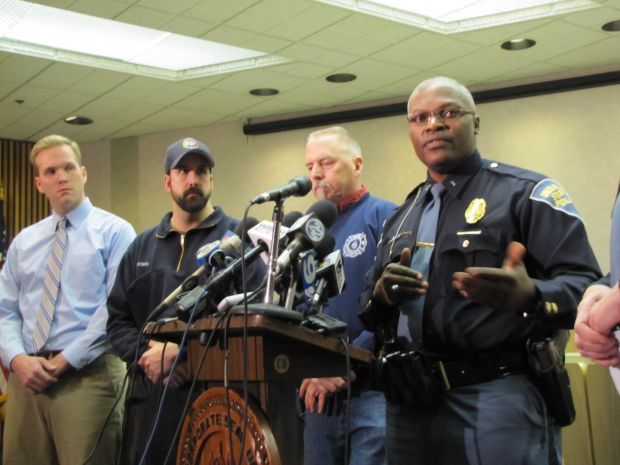 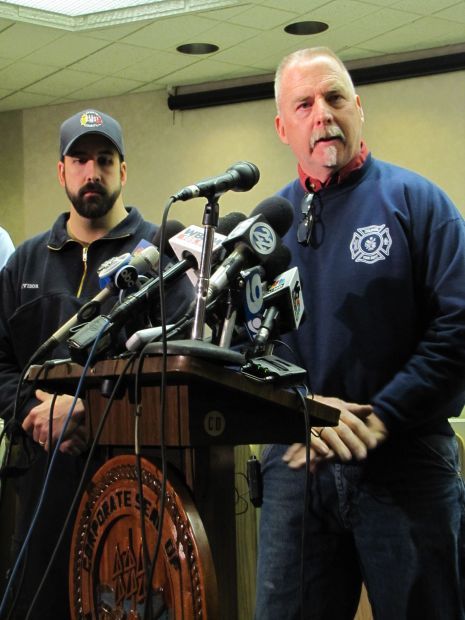 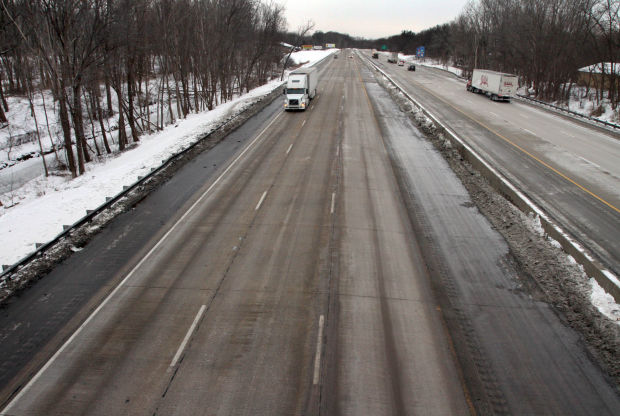 Traffic moves smoothly along eastbound Interstate 94 on Friday afternoon, 24 hours after a massive pileup left three dead and shutdown I-94. 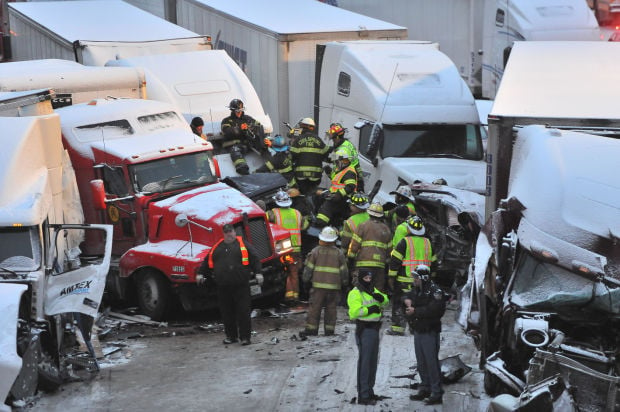 Firefighters and medical personal work on trying to extract one of the drivers from a semi Thursday afternoon after a massive wreck shutdown Interstate 94 just outside of Michigan City. 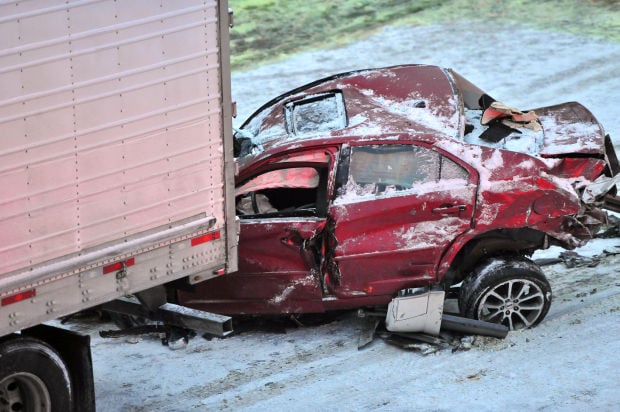 A car lodged under a semi is dragged as the semi was towed away from the scene of the massive crash on I-94 just outside Michigan City.

He recalled Friday at a news conference how he and other responders tried to work as quick as possible to rescue motorists involved in a 46-vehicle pileup.

"It was like a war zone," Pawlik said. "We're lucky there wasn't 20 people dead and three people injured."

The multiple-vehicle crash that killed three people and injured nearly two dozen people happened about 3 p.m. between the 35.5 mile marker and the 36.5 mile marker. The pileup occurred as a thin band of lake-effect snow quickly created white-out conditions, blinding drivers on the six-lane interstate.

The damage was so severe that Pawlik said responders couldn't tell in some cases that a person was among the wreckage. He made small talk with people trapped in vehicles to keep them calm.

He told a woman named Judy that she was his priority. He gave her his hood and brought her blankets.

It took two hours to extricate a man named Jeff. Pawlik tried to keep Jeff's mind off the severity of what was going on by joking with him that he was really making firefighters work for their money.

"It was such a devastating scene you don't know where to start, but when people are stuck in their cars, they look at you like we're Moses," Pawlik said. "Part the water. Save us."

The victims of the crash were identified as Jerry Dalrymple, 65, of Chicago, and husband and wife Thomas Wolma, 67 and Marilyn Wolma, 65, both of Grand Rapids, Mich., said John Sullivan, LaPorte County coroner.

Dalrymple was pronounced dead at the scene of the crash from blunt force trauma, Sullivan said. Dalrymple's black Labrador, Sparky, also was killed in the crash.

Dalrymple was heading to Chicago from LaPorte when the crash happened.

The Wolmas were returning home to Grand Rapids, Mich., after caring for a sick, elderly relative in Wisconsin, a relative told Sullivan.

The Wolmas and Dalrymple were all in passenger vehicles at the time of the crash, Sullivan said.

The westbound lanes of I-94 reopened Friday after closing shortly after the 2:21 p.m. pileup. All eastbound lanes reopened about 10 a.m. Friday.

The cleanup efforts involved dozens of crews from LaPorte, Porter and Berrien County, Mich. It took workers until 5 a.m. Friday to clear all the vehicles from the interstate.

Indiana State Police said it could take weeks to months for a complete report on the crash.

Lt. Jerry Williams, district commander of the Indiana State Police in Lowell, said there was not much law enforcement officers and state highway officials could do to prevent such a horrific crash. Williams said the communication about weather and road conditions was constant since the morning.

The snow began falling so quickly, the plows could not keep up, Williams said. He said crews had gone through the area about 20 minutes before the crash happened.

Eighteen of the vehicles were semitrucks and some wound up on top of passenger vehicles, trapping occupants. Dozens of firefighters and other rescue personnel worked to free those trapped by ripping open sheets of twisted metal and breaking glass. Images of the crash scene show debris that at times no longer resembled a vehicle.

None of the rescuers at a news conference at Michigan City City Hall saw any children in the pileup.

Emergency responders also filled vehicles with gas for motorists stranded on the interstate and running low on fuel, allowing them to run their engines and stay warm.

Pawlik said all of the responders worked like a well-oiled machine that knew they had to keep working.

"It will live with us forever," Pawlik said. "That's something that you'll never forget."

Lt. Jerry Williams with Indiana State Police and Mick Pawlik with Coolspring Township Fire Dept. talked with the media about Thursday's I-94 a…

Images from scene of multiple vehicle accident on I-94 near U.S. 421 in Michigan City.

Traffic moves smoothly along eastbound Interstate 94 on Friday afternoon, 24 hours after a massive pileup left three dead and shutdown I-94.

Firefighters and medical personal work on trying to extract one of the drivers from a semi Thursday afternoon after a massive wreck shutdown Interstate 94 just outside of Michigan City.

A car lodged under a semi is dragged as the semi was towed away from the scene of the massive crash on I-94 just outside Michigan City.