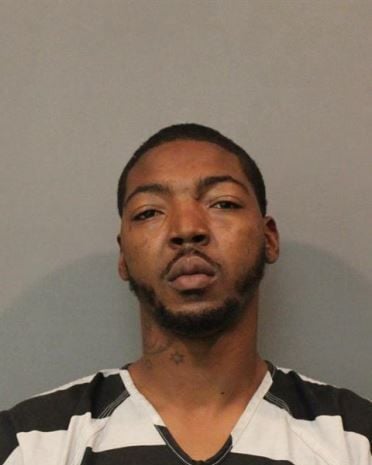 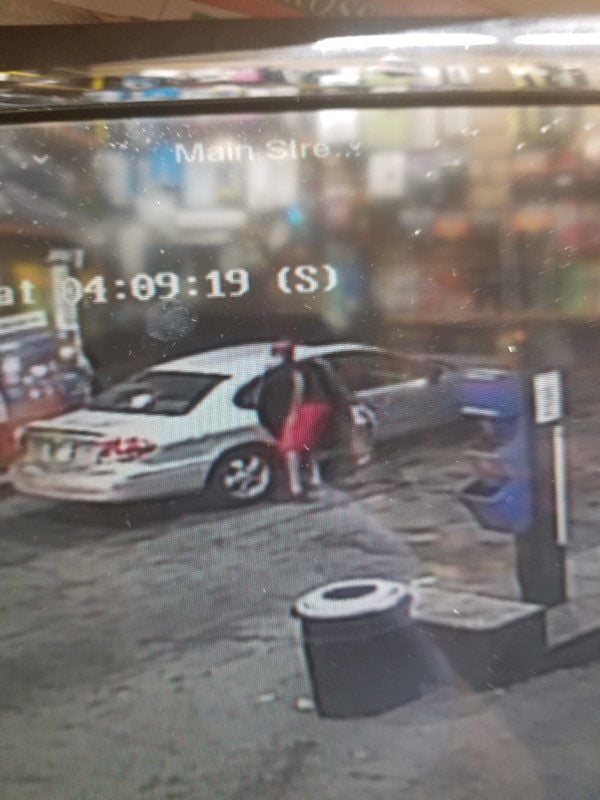 Police are still working to identify a suspect in red shorts linked to a homicide early Saturday at the Save gas station in the 4500 block of Broadway in Gary. Anyone with information about the case is asked to call the Lake County/Gary Metro Homicide Unit at 219-755-3855. To remain anonymous, call 866-CRIME-GP.

CROWN POINT — Charges filed Monday allege several men lay in wait in a nearby parking lot before killing a 29-year-old man carrying $12,159 in cash and marijuana early Saturday in a shooting inside a gas station in Gary's Glen Park section.

Courtney M. Moss, 30, of Gary; Myles Thomas, of Gary; and Willie A. Jones Jr., of Indianapolis, each was charged with one count of murder in the homicide of Rayvon Harris, 29, of Gary, about 3:15 a.m. Saturday at the Save gas station in the 4500 block of Broadway.

Detectives were still working to identify a fourth suspect, a man who was seen in surveillance video wearing red shorts, police said.

Jones, who was shot in the leg during a fight that led to the shooting, was expected to be arrested upon his release from a hospital, police said.

Thomas, who was not in custody, should be considered armed and dangerous, police said. Anyone with information on his whereabouts is asked to call 911.

Detectives reviewed surveillance video from multiple sources showing Moss, Thomas, Jones and a man in red shorts hanging out near a silver Ford Taurus and dark Toyota Corolla in a parking lot in the 4400 block of Broadway in the hours before the shooting, records allege.

Minutes before the homicide, Thomas grabbed a handgun and began walking toward 45th Avenue, "looking east as if he is looking for someone," court records state.

"In the shadow, you can observe Harris walking in their direction," documents state.

The Ford Taurus pulled forward toward 45th Avenue, and Moss got out with a handgun, records allege.

The man in red shorts raised an AR-15-type pistol, and Moss also began to raise his handgun, before both walked west behind Harris, according to documents.

Thomas hit Harris, who struck back and knocked a cap off Thomas' head. Jones entered the store and punched Harris as Harris and Thomas were squaring up to fight, records allege.

Harris fell back to a corner, and Moss shot him as he attempted to stand up, documents state. The man in the red shorts ran into the store and also shot Harris with an AR-15 pistol, records allege.

All four suspects ran out of the store and got into a silver Ford Taurus and dark Toyota Corolla, records state. Jones can be seen limping as he heads for the Taurus.

Police found $12,159 in cash, marijuana, a scale and sandwich bags in a bag Harris was carrying, records show.

In an interview with detectives, Moss said, "It went from a simple fight," documents allege.

Moss claimed a gun fell from Jones during the fight, and Harris reached for it.

"I didn't do anything until the shot went off," Moss allegedly told detectives.

He claimed he knew Harris and "he wasn't going to let one person kill three people," according to documents.

Anyone with information about the identify of the man in red shorts is asked to call Detective Sgts. William Poe or Kristopher Adams, of the Lake County/Gary Metro Homicide Unit, at 219-755-3855. To remain anonymous, call 866-CRIME-GP.

Brittany I. Stewart and Nathan Soria were first interviewed by police after Stewart's 76-year-old mother climbed out of a window and told a neighbor "Nathan" was going to kill her, but she escaped, court records state.

The wounded man, a 26-year-old from Gary, was shot in the leg while he was standing outside early Sunday, police say his friend told officers.

Jury convicts man of murder, despite suggestion another could have been responsible

He faces 20 to 60 years in prison after admitting in a plea agreement he held a shotgun and held down his then-girlfriend's relative as two of his co-defendants raped her during a home invasion.

1 found wounded in Hammond told police he was stabbed in Lansing, police say

A person found Monday evening in Hammond with a stab wound to his head told police he had been stabbed earlier in Lansing, officials said.

Extensive traffic backups were in effect on Interstate 80/94 in Northwest Indiana early Monday, as INDOT crews were completing emergency roadwork on the expressway.

Police asked residents to immediately call 911 if they suspect someone is a victim of neglect or elder abuse. "Elder abuse comes in many forms, not just physically, but also financially," Capt. James Gonzales said.

Willie A. Jones Jr., 20, who has addresses in Gary and Indianapolis, was shot in the leg during a melee about 3:15 a.m. Aug. 22 inside the Save gas station in the 4500 block of Broadway. The fight led to the fatal shooting of Rayvon Harris, 29, of Gary.

The man's girlfriend was arrested on suspicion of assisting a criminal. She had prior knowledge of Thomas' warrant in the murder case and helped him elude law enforcement, an official said.

Police are still working to identify a suspect in red shorts linked to a homicide early Saturday at the Save gas station in the 4500 block of Broadway in Gary. Anyone with information about the case is asked to call the Lake County/Gary Metro Homicide Unit at 219-755-3855. To remain anonymous, call 866-CRIME-GP.