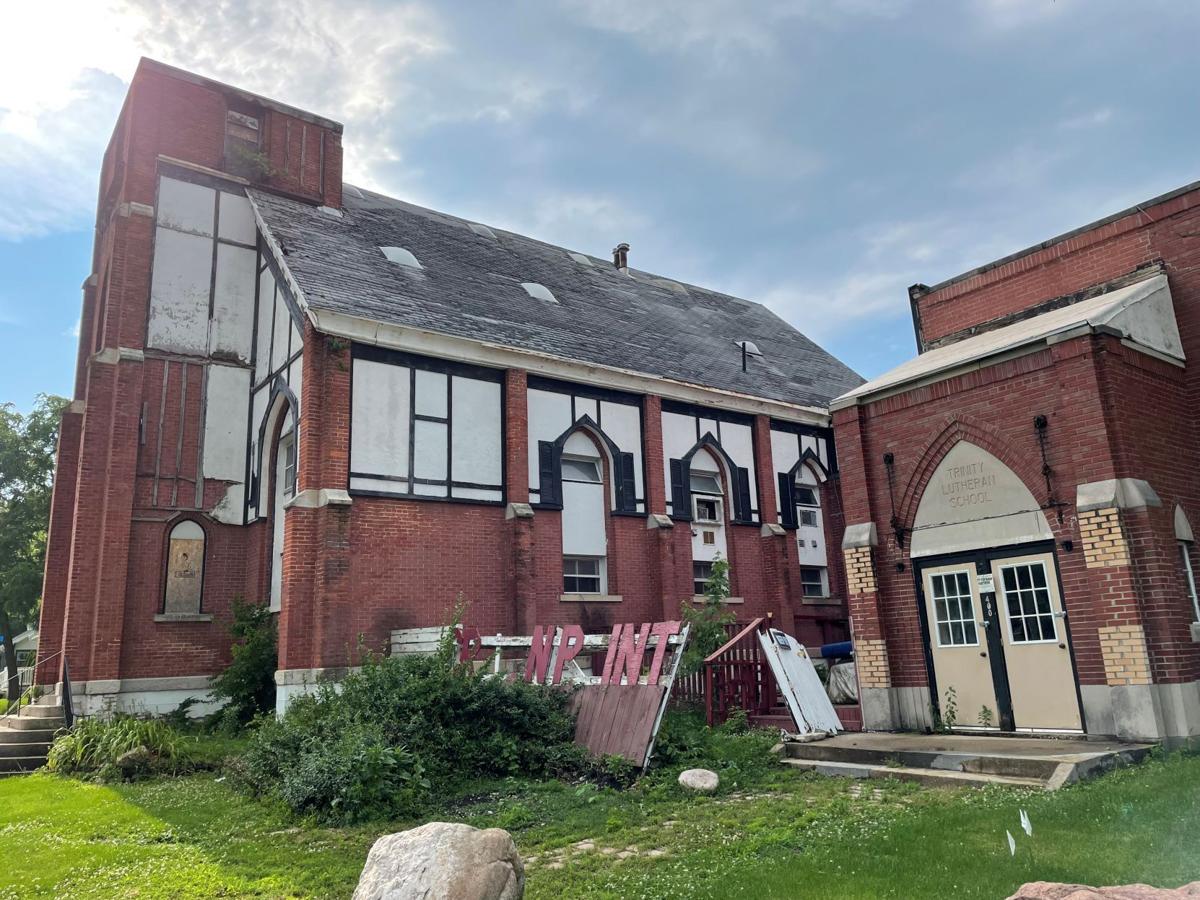 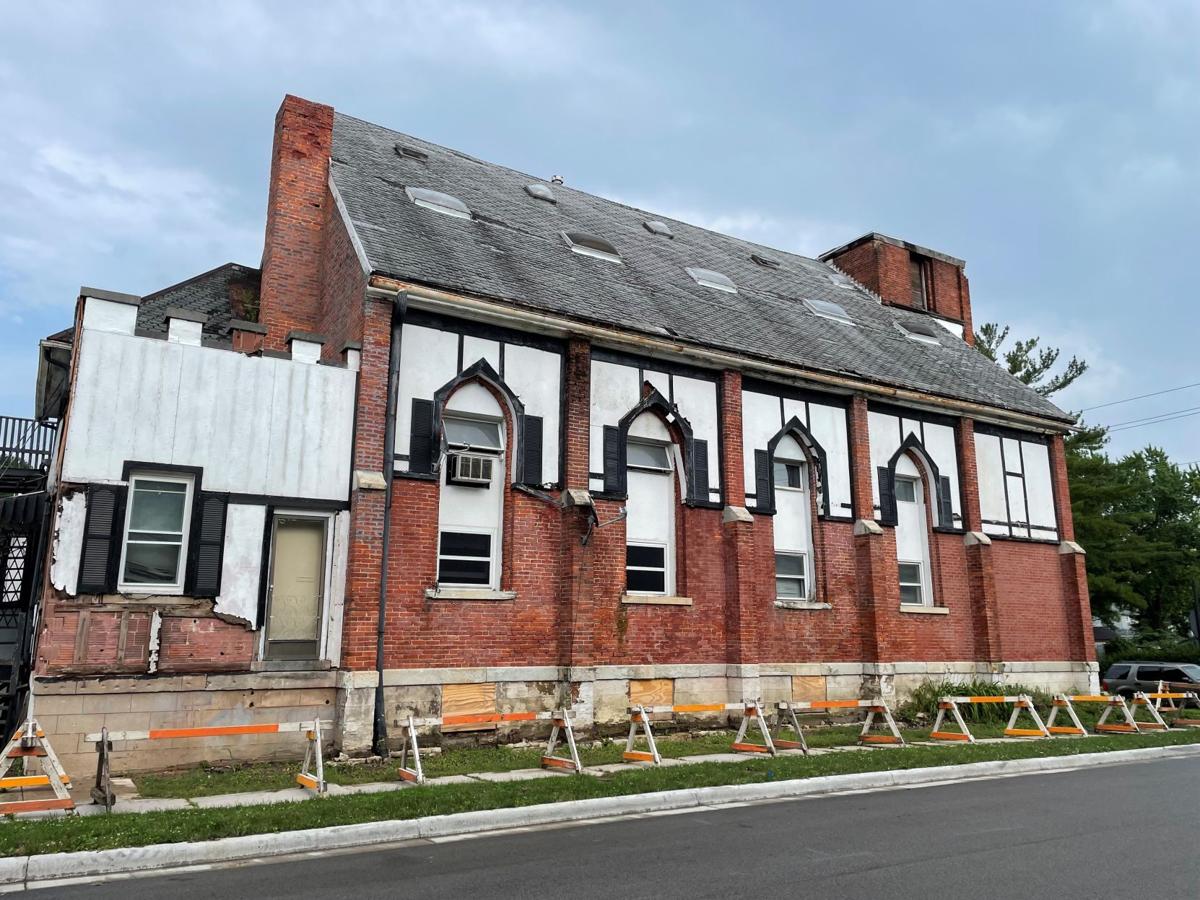 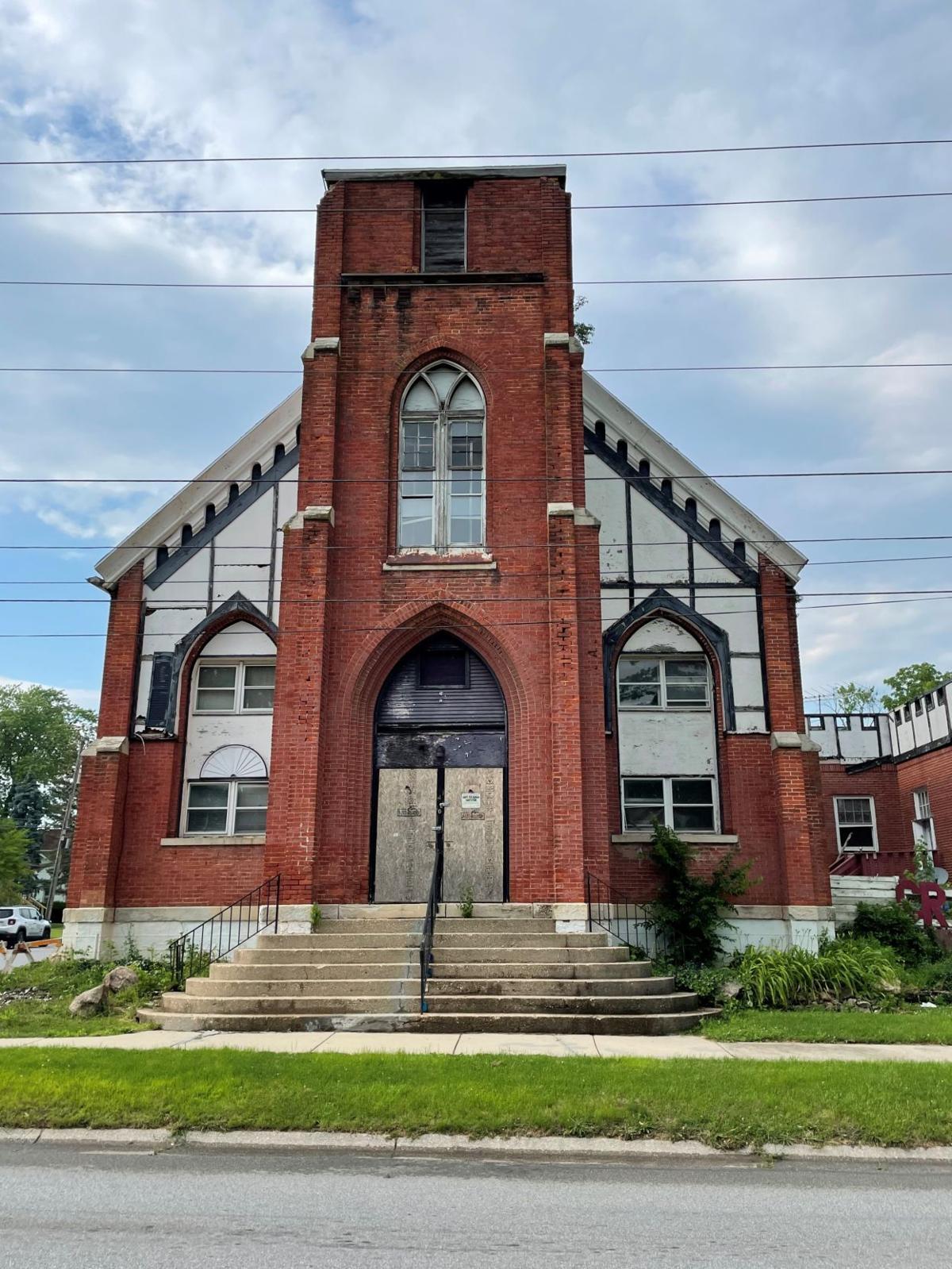 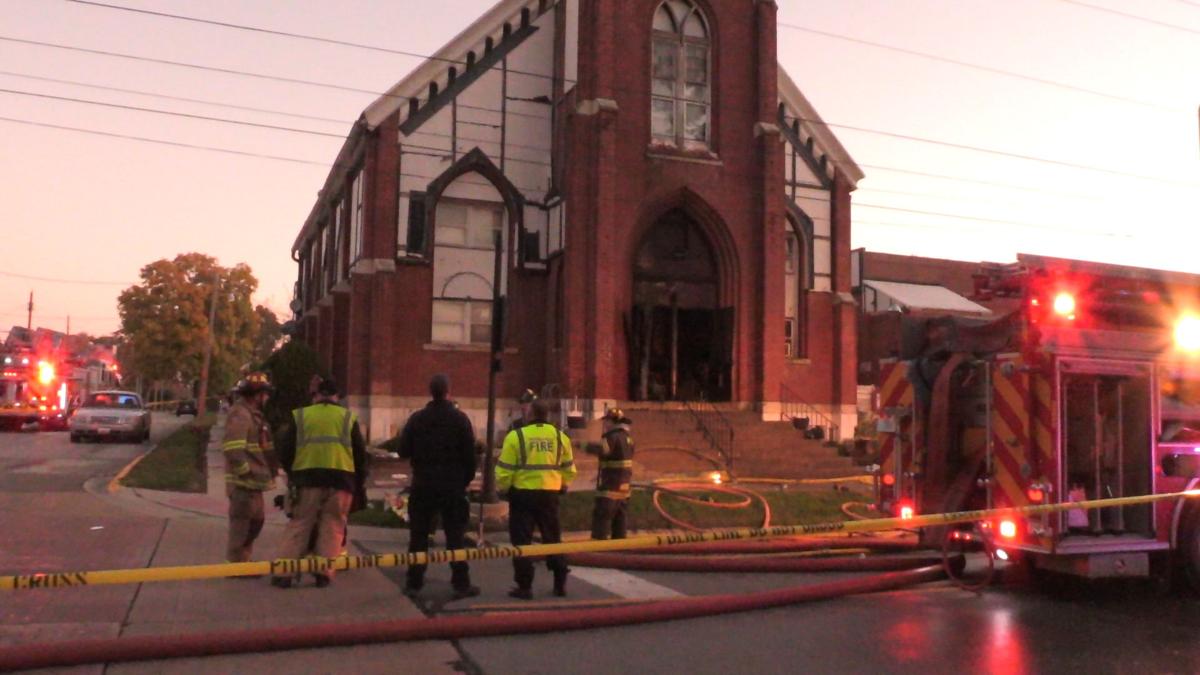 First responders stand outside of the former Trinity Evangelical Lutheran Church at 400 E. North St. following an October 2018 fire. A nonprofit is looking to restore the church to its former glory.

CROWN POINT — After catching fire in October 2018, the former Trinity Lutheran Church, which had been converted into an apartment building, has sat vacant and deemed unfit for human habitation.

A local nonprofit is hoping to change that by restoring the brick church, built in 1886, to its former glory.

Dave Bryan, vice president of the 1886 Church Foundation Corp., told the Crown Point Board of Works Wednesday work to begin removing items from the old church could begin as soon as Wednesday or Thursday.

Bryan said former owner Steve Greer didn't want the church to be torn down, so he contacted John Heidbreder in 2019 to try to save the former church.

A couple of months later, Bryan said he was asked to be involved in the project, and Greer donated the property to the nonprofit.

The foundation started on the project from there, with an Indianapolis engineering firm and Brad Miller, director of the Northwest Field Office of Indiana Landmarks, looking at the building.

"The building is filled with collectibles that Mr. Greer has had in the building. When we first got the building, we gave him six months to get all of the merchandise out of the building," Bryan said. "And COVID happened; all the auctions were shut down."

Bryan said beginning Wednesday or Thursday, sheds in the back of the church, as well as "tens of thousands of pounds of scrap behind the fence," will begin to be removed from the outside of the church.

The removal will take about a week, Bryan said, then all scrap metal will be removed from inside of the church.

By Tuesday, Bryan said he expects an auction service to begin removing collectibles left behind by Greer.

Bryan later said neighboring property owners should see a "significant improvement within the next two to three weeks," at the church.

From there, Bryan said the foundation has an estimated date for Arsee Engineers, an Indianapolis-based engineering firm, to inspect the church to see if it is structurally sound.

"If the building is not structurally sound, we'll have to have a meeting with the city, decide what to do," Bryan said.

If the church is structurally sound, Bryan told The Times the Foundation would like to see the church restored to its former glory with a different purpose.

"A wedding venue, a coffee shop, or something to that effect, maybe some offices," he said.

He later added: "It's definitely worth saving. ... The history alone in that church and the people in the community that are behind it, that have been baptized there and had their wedding there."

Bryan added if found structurally sound, the foundation will seek to become a 501(c)(3) and look to have the church added to the city's East Side Historic District and to state and national registers for historic buildings.

Bryan's presentation came after an adjacent homeowner, Paige Donaldson, expressed concern over the "blighted property" at 400 E. North St., and the lack of a timeline for "anything to be done" with the church.

"The fire was ... Oct. 20 of 2018, and it's been vacant since then with a sign on it from the county department that it's not fit for habitation. Nothing has been done to the outside structure since then," Donaldson said.

"There are raccoons that come out on the roof. There are large holes in the roof, many unsecured windows. There are loose boards hanging from the exterior that blow in the wind. There's no fence around the property."

"We need some fixed deadlines in place for something to happen. This isn't going to be ... the greenhouse project, where it goes on for 12 years," Donaldson said. "At this point, it's a public nuisance. It's a private nuisance to the residents."

Crown Point Mayor David Uran asked if Bryan could put the timeline presented Wednesday into writing to the city's legal department for it to be shared with neighbors of the church so they can see action is taking place.

"If not, then there's going to have to be some proactive approach by the city here. We're kind of caught in the cross hairs of both sides here," Uran said. "We sympathize with the neighbors. We understand the historical significance to the Crown Point community."

Uran said if action isn't taken at the church without an explanation by its July 21 meeting, the board's course of action could change.

"If it can be utilized and repurposed and still hold the history of it, that's one thing," Uran said. "But, if it can't, then we're going to have to take a very fast and aggressive approach to taking care of what's out there."

The Board of Works unanimously agreed Wednesday to allow the city's Public Works Department to secure the property.

Ryan Fleming presented preliminary plans for The Cottages of Golden Meadow, a 28-lot subdivision south of Burrell Drive between Marshall Street and West Burrell Drive at the June 28 BZA meeting.

While the Commission voted 7-0 to have the existing front facade removed, it did not vote on a new facade for the historic building at 208 S. Main St.

Bulldog Park has provided the city with everything it dreamed of since opening two years ago. And the multi-use facility’s potential is continuing to grow, city officials told The Times recently.

A longtime antique store that has called Main Street home for 12 years is looking to bring its treasures and curiosities to the north end of the downtown square.

After months of work, the Crown Point Clerk-Treasurer's Office reopened its doors earlier this summer with a fresh coat of sunny yellow paint and an expanded footprint.

The Taste of Crown Point returns Friday. Here’s what you need to know

After 135 years and one devastating fire, the former Trinity Lutheran Church has been deemed structurally sound.

First responders stand outside of the former Trinity Evangelical Lutheran Church at 400 E. North St. following an October 2018 fire. A nonprofit is looking to restore the church to its former glory.