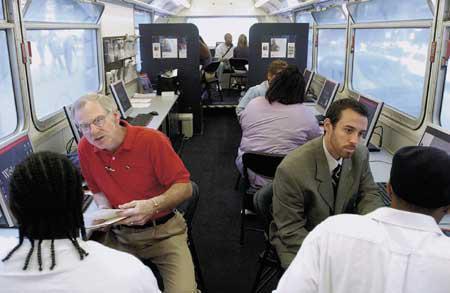 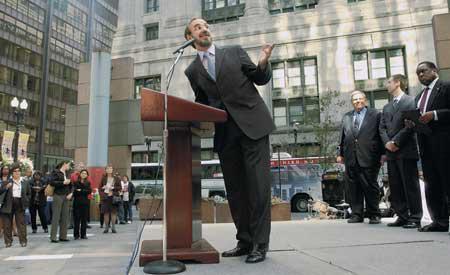 TCF Bank is the first bank to open the door to home loans for undocumented immigrants in Northwest Indiana; Fifth Third Bank plans to follow suit this month.

TCF and Fifth Third will be among the largest banks in the United States to offer the new loans. They join about 15 other banks in the Midwest to do so.

"Most of these folks want to become U.S. citizens, so there is a good intent here," said David Creel, TCF Bank vice president for marketing.

"We believe everyone should have the opportunity to own a home. It's as simple as that."

These banks face challenges from critics such as the Federation for American Immigration Reform, which charges that banks are putting profits before security.

It also says people in the United States illegally should not be extended the same benefits at those who have gone through proper immigration channels.

The criteria for making home loans to undocumented immigrants is the same as for anyone else, Saul Boscan, a vice president and director of special initiatives at Fifth Third, said. The bank wants to see a steady income and acceptable credit history.

"Before this, these people never had any opportunity whatever to buy a home unless they had the cash right there," Boscan said.

"A year ago, this opportunity just didn't exist."

Fifth Third already has a waiting list for the loans, according to Craig Pratt, a Fifth Third senior vice president based in Merrillville.

TCF, which markets them under the name "My American Home," has closed on more than 10 since starting to offer them in late July, according to TCF's Creel.

"We know the potential of the market could be one-half million individuals in Illinois and Northwest Indiana," Fifth Third's Boscan said.

"We estimate this is a segment of the market that will provide the kind of growth we are looking for in our consumer-lending division."

Mortgage insurance companies also have been hesitant to insure such loans, because the threat of deportation hangs over undocumented immigrants.

But some mortgage insurance companies are taking a second look at the market and finding it is not high risk, according to Michael Frias, a community affairs officer with the Federal Deposit Insurance Corp.

Many banks find they have no delinquencies and no defaults with the loans, Frias said. Three mortgage insurance companies now offer insurance for such loans.

TCF Bank does not require Social Security numbers for its "My American Home" loans, and Fifth Third will not require them for its new product. Instead, both banks will accept Individual Taxpayer Identification Numbers issued by the Internal Revenue Service to check on creditworthiness.

Both banks are part of the New Alliance Task Force, a consortium of banks, financial institutions and the Mexican Consulate in Chicago. The consortium was formed in May 2003 to expand banking services to immigrants.

The consortium has concentrated on undocumented immigrants, who traditionally have been shut out of banking services. In the first 18 months, consortium banks opened 50,000 accounts for formerly "unbanked" immigrants.

"This is a very important part of the culture of Mexican people to own a home," Mexican Consul General Carlos Sada Solana told bankers and community leaders in Chicago last week.

"We want our community every day to become more and more of what the Midwest is about."

So far, only a limited number of banks offers home loans to undocumented immigrants. In part, that is because Fannie Mae and Freddie Mac, the federally chartered repurchasers of home mortgages, will not buy them. That means banks must hold the loans in their own portfolios.

Mortgage insurance is required for loans where the down payment is less than 20 percent. It insures against losses from early default. It can increase a borrower's monthly home payments by $65 a month or more.

"V1 (victim) stated (Daniel) Kontos played a role game which involved her being the mom and Kontos being the dad," police said.

CHRISTOPHER SMITH / THE TIMES Mexico's Consul General Carlos Sada Solana speaks during the unveiling of the Fifth Third Bank Homeownership Mobile at the Thompson Center in Chicago on Sept. 9.
© Copyright 2021 NWI Times, 601 W. 45th Ave. Munster, IN | Terms of Use | Privacy Policy
Powered by BLOX Content Management System from TownNews.com.
You don't have any notifications.