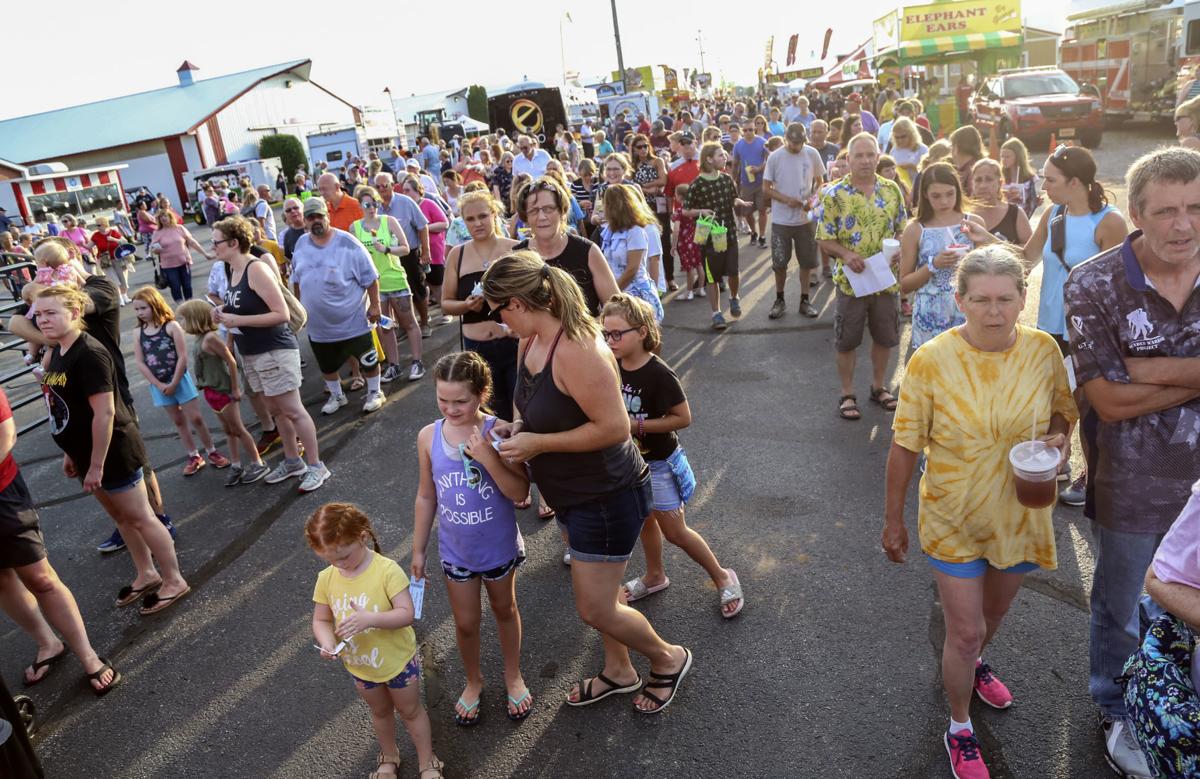 People file into the grandstands during opening night in July at the Porter County Fair. 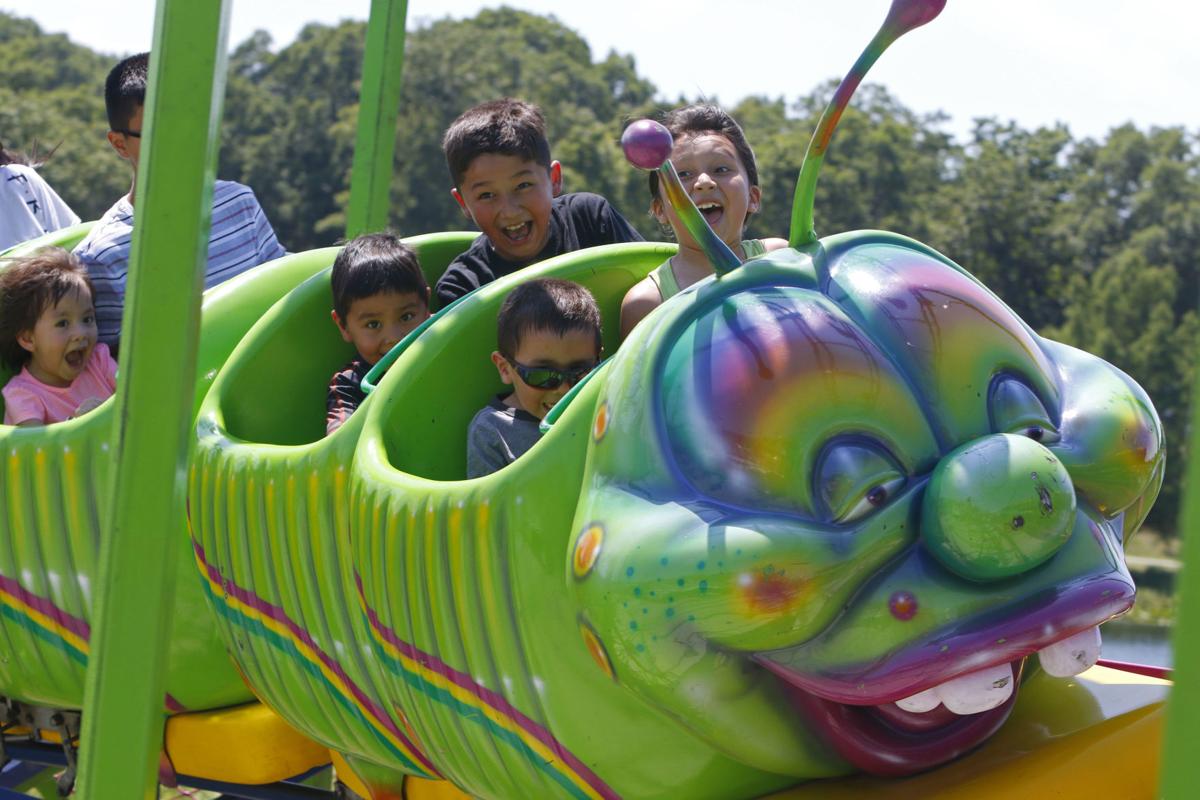 Kids scream up front as they ride the Wacky Worm roller coaster Aug. 3 at the Lake County Fair in Crown Point. 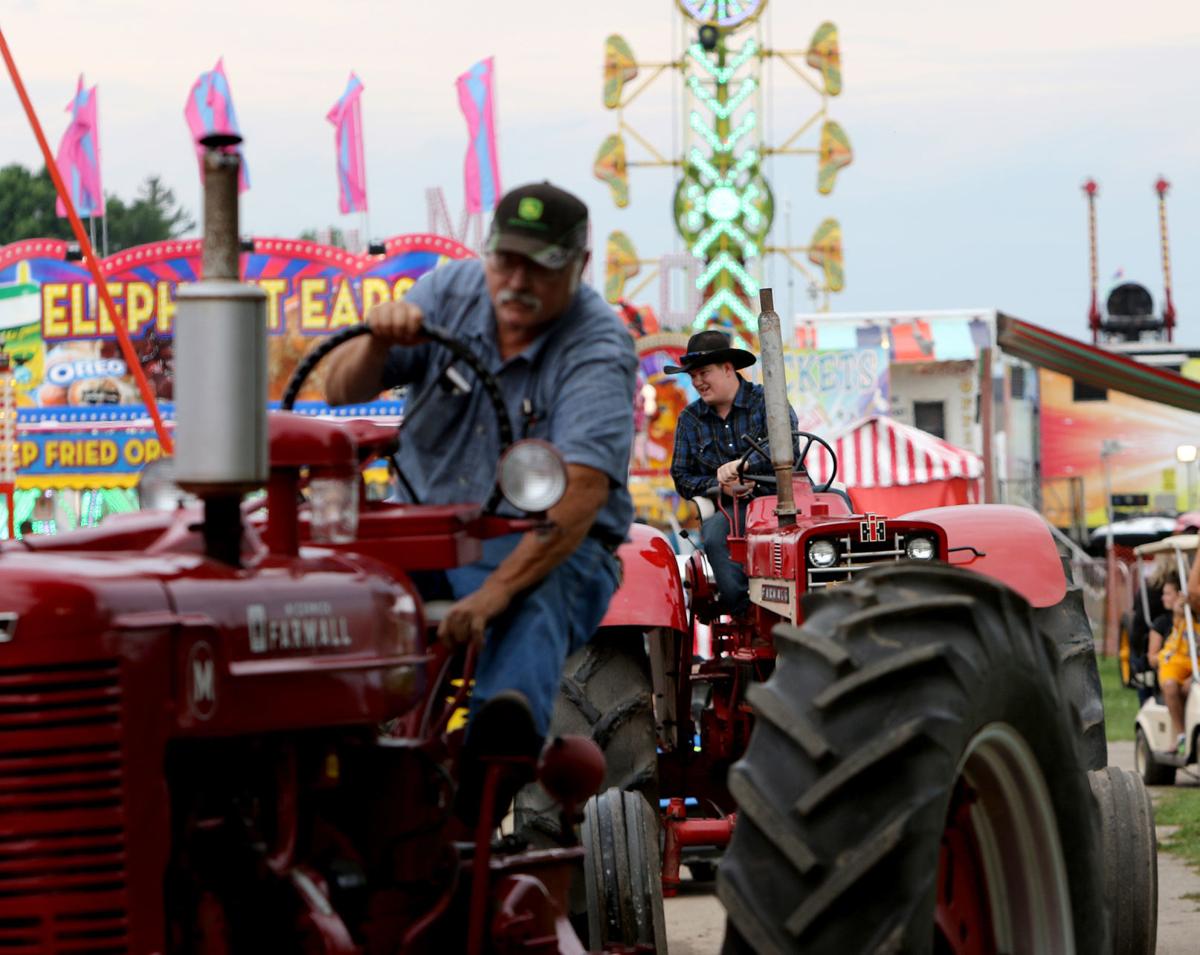 Antique tractors on display at the LaPorte County Fair in 2017.

Meeting friends on the midway and walking around until carnival attractions light up the sky often define the beginning, or sometimes the end, of summer.

However, the COVID-19 pandemic has brought fair and festival leaders into uncharted territory, said Ellen Wilson-Pruitt, president of the Indiana Association of Fairs and Festivals.

"We have had some county fairs that have either canceled or postponed or modified their fairs, particularly those that are held in June because it's associated with 4-H," Wilson-Pruitt said. "4-H sent out a mandate that they would not have any meetings or gatherings or anything through the last of June."

Though some fairs have been canceled throughout the state, Lake, Porter and LaPorte counties are taking everything one day at a time, fair board members told The Times.

County fairs in the Region

As of Friday, the Lake, Porter and LaPorte county fairs are expected to continue according to schedule.

"We're moving ahead very slowly. Of course, our main concern is everybody's safety and how to keep everybody healthy," said Lake County Fair Board Secretary Arlene Marcinek. "Right now, we're on a day-to-day basis because we don't know what the Indiana government, Legislature, will tell us what we can and cannot do."

As of now, the Lake County Fair is planned for Aug. 7-16, with grandstand events, including the International Demolition Derby, All Star Munster Truck Show and West Creek Mud Runners Mud Drags set to go on.

"I don't know how we would social distance all those people," Marcinek said.

The fair still is planned for July 23 to Aug. 1, with country music star Miranda Lambert scheduled to perform at the grandstand July 24.

"We have to think about and work on contingency plans in the unlikely event that ... the governor or the health department or whomever says that it's impractical to have or doesn't allow face-to-face assemblies with a large number of people," he said.

The pandemic, he said, isn't something anyone planned for, and while it presents a challenge to the fair, it will come out stronger.

"We have to take care of it the best we can while we're here, so that it's in good shape when the people that come after us can pick it up and carry on. I think that's the way we have to look at this whole situation."

"We are cautiously optimistic, but everything is moving along as planned," Mrozinski said.

Country music singer Toby Keith, who is scheduled to play July 16, is set to perform. Currently, a little more than half of the tickets have been sold, Mrozinski said.

This summer, the fair will celebrate its 175th anniversary. Typically, the fair sees about 50,000 people.

"We are concerned and always cautious with the community health, however, we feel that it is you know, almost three months away, so we don't want to jump the gun," Mrozinski said. "We want to be positive and continue planning in hopes that we can follow through and have that 175th LaPorte County Fair."

Festivals throughout the state, including some in the Region, have opted to cancel or postpone amid concerns surrounding the COVID-19 pandemic.

"These community festivals, they have a time period where they hold it each year, and they're not very flexible. ... So some of them have just canceled," Wilson-Pruitt said.

Also this week, the Crown Point corn roast was postponed to September. Previously, the city's Fourth of July Celebration Committee announced the 2020 July 4 celebration was canceled.

Shortly after, Whiting canceled its Fourth of July festivities.

The Tri Town Taste also been canceled, with hopes of hosting the event in April 2021.

Whiting cancels Fourth of July festivities because of coronavirus

A day after the organizers of the Pierogi Fest shelved their plans for this year, the popular festival's host city canceled its Fourth of July festivities.

The Crown Point 4th of July Celebration Committee, Inc. that its priority is keeping everyone safe during the COVID-19 pandemic.

Crown Point corn roast postponed to September due to COVID-19

One of the city's signature summertime events has been postponed until the fall.

Lambert’s passion is caring for shelter dogs, Sommer said. Lambert adopted some for herself, too.

'You are a miracle': Home care is new front in coronavirus fight

Home health care is becoming a new front in the national fight against COVID-19 as some patients come back from hospitals and others strive to stay out of them.

After COVID-19 recovery, first responders get back to work

The coronavirus has sickened thousands of America’s first responders and killed dozens more. But many have recovered, and they're going back to work

Sixty-eight single family homes are planned for a new subdivision on the Youche Golf House, which is expected to be built within three years.

Summer celebrations have been canceled or rescheduled in Schererville as Indiana is looking to reopen through Gov. Eric Holcomb's "Back on Track Plan."

LaPorte Fourth of July parade postponed because of coronavirus

The LaPorte Jaycees, the longtime sponsor of Independence Day festivities in the city, revealed the parade will be held in September, due to the coronavirus crisis.

People file into the grandstands during opening night in July at the Porter County Fair.

Kids scream up front as they ride the Wacky Worm roller coaster Aug. 3 at the Lake County Fair in Crown Point.

Antique tractors on display at the LaPorte County Fair in 2017.