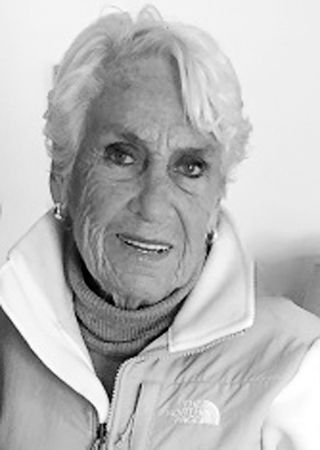 LANSING, IL — Barbara Maher Vrdolyak, 91, passed away peacefully surrounded by family on Tuesday, January 5, 2021. Barbara grew up in Chicago's Beverly neighborhood and attended St. Barnabas School and Hirsh High School. She met her husband of 56 years, Joseph Vrdolyak, while working at Charles A. Stevens where she sold slippers and caught Joe's eye. He bought a dozen pair of slippers just so he could ask her for a date.

They were married in 1948 at St. Dorothy's Church and made their home in Chicago, until Joe was transferred out of town in 1958. They continued to grow their family to eventually include five daughters. They returned to Chicago in 1966 and settled in the East Side neighborhood where Barb would go on to volunteer in numerous organizations. A longtime member of Lansing Country Club, Barbara was an avid golfer with an amazing record of having four holes-in-one.

Barbara had a great Irish wit and a loving, playful spirit. She lived a large life filled with family and friends. She exuded class and charm and was always the bright light in the room. Always an optimist, living by her motto "Remember the best. Forget the rest."