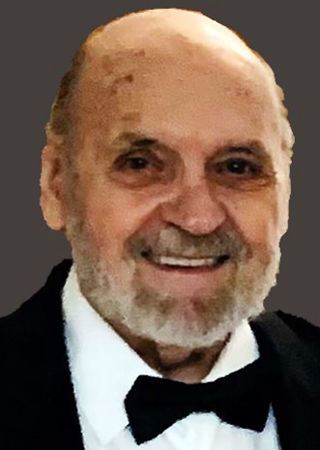 VALPARAISO, IN - James Hjalmar Loy, 82, of Valparaiso, formerly of Chesterton, passed away Tuesday, July 13, 2021, after a long illness. When he died, Jim was at home with his devoted wife and beloved kitties by his side. As he was throughout his life, Jim remained kind and gracious, with an eccentric sense of humor to the very end.

Jim was born on February 21, 1939, in Granville, IL to James M. and Helen (Jeppson) Loy. He attended Gary Edison High School and served proudly with the U.S. Army as an Operating Engineer. Jim made his career with Bethlehem Steel in the 80" Hot Strip Mill Slab Yard for over 36 years, retiring in May of 2000 as the Inventory Control Foreman.

Jim loved sports. In his younger days, he coached multiple championship softball teams, and he bowled competitively. He was an avid Dodgers baseball fan and a Green Bay Packers fan and shareholder. He loved everything associated with Notre Dame, from football to women's basketball and especially his wife, who is an alumna. He traveled the world and appreciated eclectic culture and food. Jim was thoughtful and generous, often lending a helping hand to those in need. He was known as the "Cat Whisperer”" due to his proclivity for rescuing strays. He also loved being in nature, often feeding woodland critters.

On August 11, 1979, he married Emma M. Oliver who survives along with his children: Carrie Lynn Marie Lewis of Indianapolis; James Ivan (Mary) Loy of Spring Valley, IL; David Bradley (Jean) Loy of Skokie, IL; Douglas Michael Loy (Michael Buchko) of Washington, D.C.; Christopher Murray (Sharon) Loy of Batavia, IL, and sister Kathleen "Kay" Vitoux of Valparaiso; 15 grandchildren and seven great-grandchildren. He was preceded in death by his daughter, Tertia Rose Ann Loy and his parents. A private memorial gathering and luncheon will be held Saturday, July 24th from 12:00 – 2:00 p.m. at Kelsey's Steak House in Valparaiso with a time of sharing beginning at 12:30 p.m. Memorial donations may be made to the Porter County Animal Shelter, Valparaiso, IN.

Football in exile: Afghan sportswomen get back into the game

Football in exile: Afghan sportswomen get back into the game