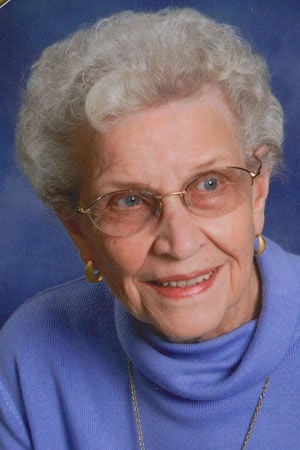 CROWN POINT — Jean Ann Johnston (nee Young) was born on December 27, 1932 and passed away on July 17, 2021. She is survived by her sons: Kevin (Kate), Cristopher (Amy), Anthony (Rachel) and Timothy A. Johnston; her grandchildren: Richard, Benjamin, Abigail and Eleanor Johnston; and her brothers: Shannon and Robert Young.

She was preceded in death by her loving husband of 42 years, Timothy R. Johnston; parents: Frances and Edgar Young; brother, Edgar Young Jr.; and her grandchild, Elizabeth "Lizzie" Johnston.

Jean was raised in Redkey, Indiana. She graduated from Ball State University in 1955 with a Bachelor's degree in Education. Jean Ann married Timothy Johnston in 1955. Jean Ann taught elementary school before becoming a full-time caregiver, loving wife and mother to her family. After Timothy finished his naval service, they moved to Crown Point where she lived until Timothy passed away in 1997. She spent the rest of her life in Lowell, IN, until she moved into Wittenberg Village in 2020.

She was a devout church member of First Presbyterian Church in Crown Point for many years. She was active in the Women's Circle, and served as a delegate to the national gathering of the Presbyterian Church (U.S.A). Her decades of work at the resale shop raised hundreds of thousands of dollars granted to poverty-relief organizations around the world. She was the school superintendent of the church for 12 years. She was also a member of Tri-Kappa Sorority civic organization beginning in 1961, and was recognized by the Rotary Club for being a survivor of Polio.

She loved old movies, especially musicals. She played piano and passed on her loved of music to her sons. Throughout her life she enjoyed family gatherings where she displayed her excellent cooking skills. She will be missed dearly by all who knew her for her kindness and generosity.

Funeral Services will be at 10:00 AM on Thursday, July 22, 2021, at the Funeral Home. Interment to follow at Maplewood Memorial Cemetery in Crown Point, IN.

In lieu of flowers, donations may be given in Jean's name to First Presbyterian Church of Crown Point or the Crown Point Community Foundation.