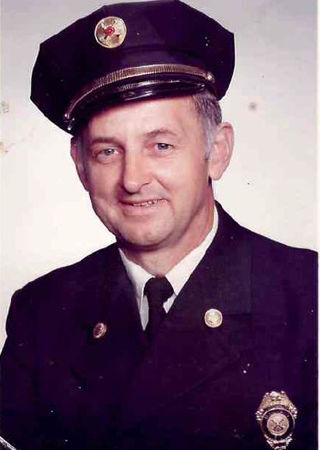 Funeral services Monday, November 23, 2020, at 9:30 a.m. at the Anthony  & Dziadowicz Funeral Home, 4404 Cameron Ave., Hammond (five blocks west of Calumet, one block north of Gostlin), 9:45 a.m. Mass at St. Casimir Church, with the Rev. Theodore Mens officiating. Burial at Holy Cross Cemetery, Calumet City, IL. Visitation on Sunday from 2:00-7:00 p.m. at the funeral home. (Face masks and social distancing will be required at both the funeral home and inside of St. Casimir Church.)

Mr. Jakubczyk was a lifelong Hammond resident. He was a retired battalion chief with the City Of Hammond Fire Department, with 34 years of service. Matt was an Army veteran of WWII. He was a member of the International Firefighters Association, and Local 556. Matt was also a former member of the Knights of Columbus, 4th Degree. He was an avid sports fan, and enjoyed many travels in his lifetime. Matt was also known as the "Polish Plumber." He will be dearly missed by all.