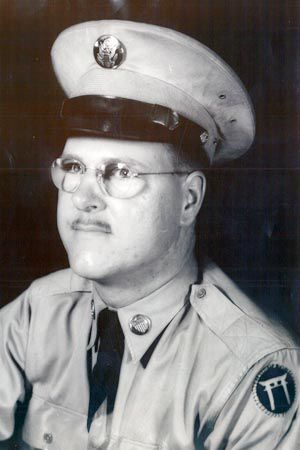 To know Robert was a true blessing. He lived his life by the word of God and was able to accomplish many things in his 93 years. Robert was a graduate of Hammond High School and found himself working as a printer for the Hammond Times. He paused to serve his country honorably in the United States Army. His participation in the Korean War, allowed him to cultivate his passion for sharing his Christianity.

Following his time in the military, Robert found himself back with the Hammond Times as a Printer for 27 years. He was able to retire with 17 years of hard work with the Pepsi-Cola Company out of Munster, IN. During this time, Robert studied at the MOODY Bible College for a few years. In 1959 he co-founded the Dyer Baptist Church. As stated before, his passion for Christ was the drive for him to become a Deacon, Head of Ministry, lead Youth for Christ, and share that with his community.

His family will remember his hobbies which were very unique. He spent his free time oil painting, restoring tractors, trains, and enjoying his Memberships with the South Lake County Agricultural Society and the Hoosier Valley Railroad Museum. His legacy will live on through his family.

Robert is welcomed in to eternity by his darling wife of 61 years, Donna Lou (nee Schroeder) McKown; parents, Buren and Ruth McKown; and sister, Elaine Bell.

At the discretion of the family, due to COVID-19, all services will remain private.

Fond memories and expressions of sympathy may be shared at www.ChapelLawnFunerals.com for the McKown family.