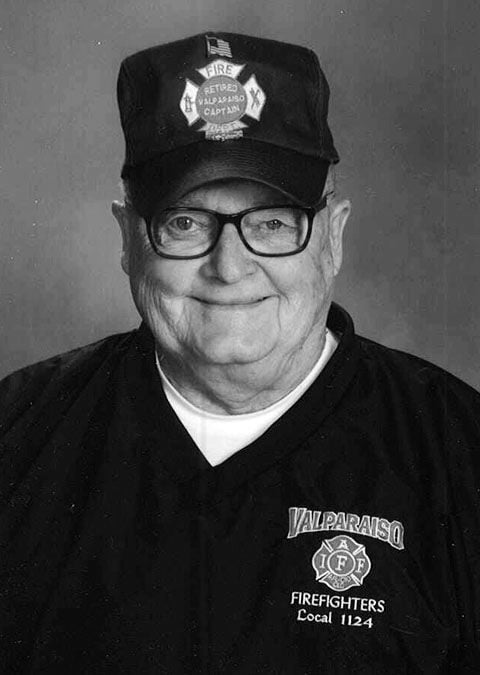 VALPARAISO, IN - Robert Emmett Jones, 84, of Valparaiso, passed away very suddenly on Tuesday, January 12, 2021 at the Valparaiso Hospice Center. He was born April 14, 1936 in Gary, Indiana to Charles and Rena (Spitler) Jones.

He attended St. Paul Catholic Grade School and graduated from Boone Grove High School in 1955. While in grade school he had a local paper route, was a Boy Scout and worked for Wetmore Funeral Home.

He served in the US Army and was stationed in Korea, where he learned to drive everything in the motor pool. Upon returning home, he joined the Valparaiso Fire Department where he held the rank of Captain. He retired with 24 years of service and then became a Porter County Deputy Sheriff working out of the Civil Bureau. He retired after 12 years due to illness. During this time, he was also affiliated with MOELLER FUNERAL HOME. In 1982, he was co-owner of Cap City and co-owner of a stock care which he raced at Rensselaer Race Way, Broadway and Shady Hill Race Tracks.

Bob was an avid bowler and winner of several trophies as well as a motorcycle enthusiast. He was a member of the Hoosier Pleasure Riders and the Porter County CB Clubs which raised money for children with life threatening illnesses. He owned and operated Bob's Lawn Mowing and Snow Plowing Services for many years. In October of 1978, he met the love of his life, Emily Ruby Schell. They were married in French Lick on June 6, 1989, and later at St. Paul's Catholic Church on March 30, 1992 with Msg. John Charlebois officiating.

He was preceded in death by his parents and infant brother, Richard Jones. He is survived by his loving wife, Emily; and his adopted brother, Timothy (Karen) Jones; and a niece and nephew. He is also survived by many relatives on his wife's side.

Visitation will be held Friday, January 15, 2021 from 1:00-5:00 PM at MOELLER FUNERAL HOME, Valparaiso. A mass of Christian burial will be held Saturday January 16, 2021 at 11:00 AM at St. Paul Catholic Church with Fr. Douglas Mayer presiding. In lieu of flowers, donations may be made to St. Paul Catholic Church, Valparaiso Fire Department or the VNA Hospice Center. MOELLER FUNERAL HOME is in charge of arrangements.