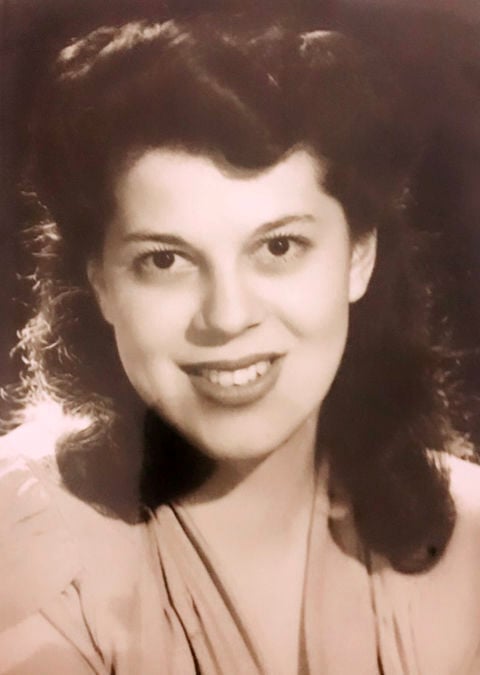 Tena is preceded in death by her parents Spyros and Alexandria and siblings Katherine (late Charlies) Oltz, Sophie (late Thomas) Chintis, George (late Marlene) Sarros and John Sarros and two nephews. She is survived by her sister-in-law Betty (late John) Sarros; and 17 nieces and nephews.

Tena had an active and wonderful life with family and friends. Tena worked as a secretary for the Navy during WWII in both the Pulman area of Chicago and Seattle, WA. After the war, she joined IBM as a secretary and retired in 1985. Tena loved to travel the world both before and after retirement. She especially loved Greece which she visited three times. Tena enjoyed her retirement playing golf and bridge with friends and wintering in Florida for over 10 years.

Tena grew up in Calumet City, IL as a member of St. Demetrius Greek Orthodox Church in Hammond. She moved to Dyer in 2000 and attended St. George Greek Orthodox Church in Schererville. Tena loved and was much loved by her entire family. Tena became a central part of the Kings' family in 2011 where she was included in all of life's celebrations. Tena lived a full life and was able to pass on her love to the next generations. She will be greatly missed by all of those who knew her.

Visitation with the family will be on Saturday, October 16, 2021 from 9:30-10 a.m. at St. Demetrios Greek Orthodox Church, 7021 Hohman Ave., Hammond, IN with a service to follow at 10:00 a.m. with Fr. David Bissias officiating. Interment will be at Elmwood Cemetery Hammond, IN. In lieu of flowers, memorial contribution to Hospice of the Calumet would be greatly appreciated. BURNS-KISH FUNERAL HOME has been entrusted with the arrangements (219-836-5000). Please leave condolences at www.burnskish.com.