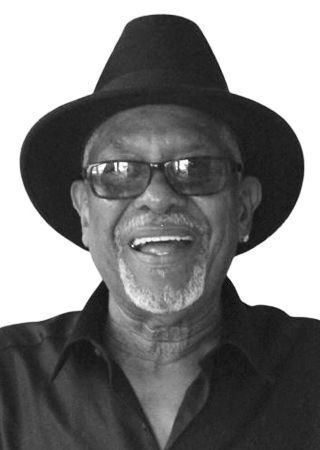 Tom is survived by his wife and best friend of over 50 years, Gwendolyn Brownlee and children: Eric Randall Brownlee, Stephanie Aldridge, Patrice Brownlee, Sharri Yvette Lewis, Evelyn Ullman, Rosalyn Renee Lee, Merrial Cortrese Nabors, Debora Jean Davis, twins: Tarrolyn Marie and Tammye Marie Brownlee, Cedric Shanks, and Marco Shanks. Tom was blessed enough to be the grandfather to over 20 grandchildren and over 30 great-grandchildren. He is also survived by his loving brothers: Otis and Edison Brownlee, whom he loved, cherished, and enjoyed life with for 87 years. What a life!!

Tom Henry Brownlee was born to Otis Brownlee and Cora (Hassell) Brownlee in Jackson, MS on September 8, 1934. Since he was a child, he was a hard worker and would talk about the times he spent working for his grandfather, Tom Hassell, affectionately called "Papa", in Mississippi. When he transitioned to Chicago with his brothers and sister: Otis, Edison, and Hope, he eventually became the new "Papa" as the father of over 15 children.

Tom had a passion for helping others and most of all cooking! No one could season, BBQ, or make soul food like Papa! People would come far and wide to taste his holiday and Sunday dinners. Not only were they prepared with love, but with time and most of all, with heart. If you ever needed a listening ear, home cooked meal, or a smile, Papa was there. For nearly 50 years, he worked for the family-owned business started by his brother, Edison: E.J. Brownlee Transportation. A job he loved and cherished dearly, which was a big part of his life.

Friends may visit with the family on Thursday, October 14, 2021, at GEISEN-PRUZIN FUNERAL CHAPEL, 6360 Broadway Ave., Merrillville, IN 46410 from 10:00 AM until the time of the Funeral Service at 11:00 AM with Pastor Tony Lawlor officiating. Tom will be Laid to Rest at Calumet Park Cemetery in Merrillville, IN.