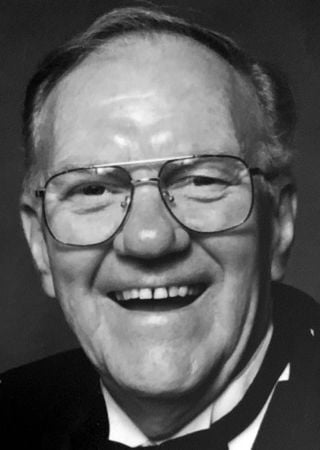 Wayne was a Navy Veteran and belonged to the American Legion Post 613 in Pine River, MN. He was an Alumni of Valparaiso University. Wayne was a member of Landmark Lodge #422 in Joliet, IL. He was a 32 degree of Scottish Rite Valley of South Bend, and a member ORAK Shrine in Michigan, City, IN. Wayne was a past Pirate of Trade Winds, a charter member of Calumet Maintenance & Transportation Association and was involved in Deep Portage Reserve in Hackensack, MN. Wayne loved to make maple syrup with Peggy. He was an avid snowmobiler, hunter, fisherman, bowler and loved playing cards. He enjoyed spending time in his woodworking shop. He was proprietor of Service Auto Parts Inc. for 32 years. Wayne retired to Minnesota in 1993. He and Peggy traveled the country in their RV visiting 48 states. Most of all, Wayne loved spending time with his family.

Funeral Services will be at 4:30 PM, on Saturday, April 10, 2021, at the Funeral Home with Mark Wilkins officiating. Masonic Memorial Service will follow at 5:00 PM.

For the health and safety of the Hodgetts family, we kindly ask that masks be worn while attending visitation or funeral services. Thank you.

In lieu of flowers, donations may be given in Wayne's name to Hospice of the Calumet Area or Shriner's Hospital for Children.