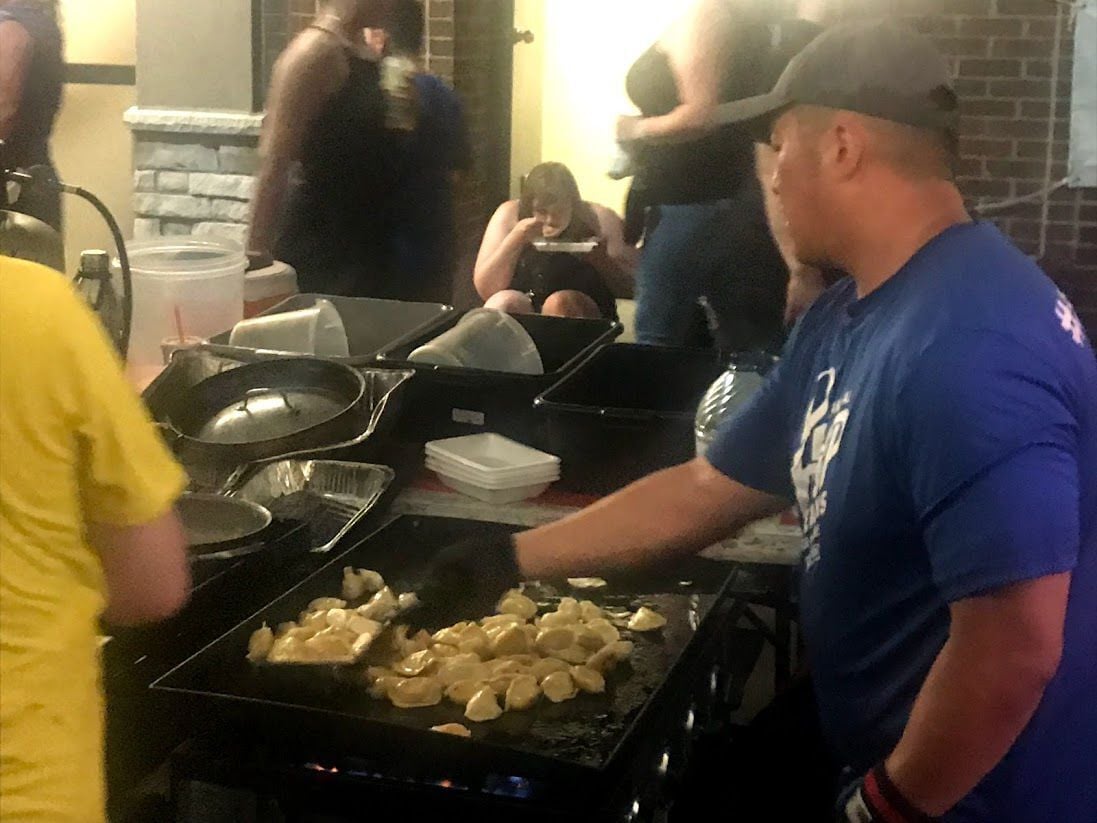 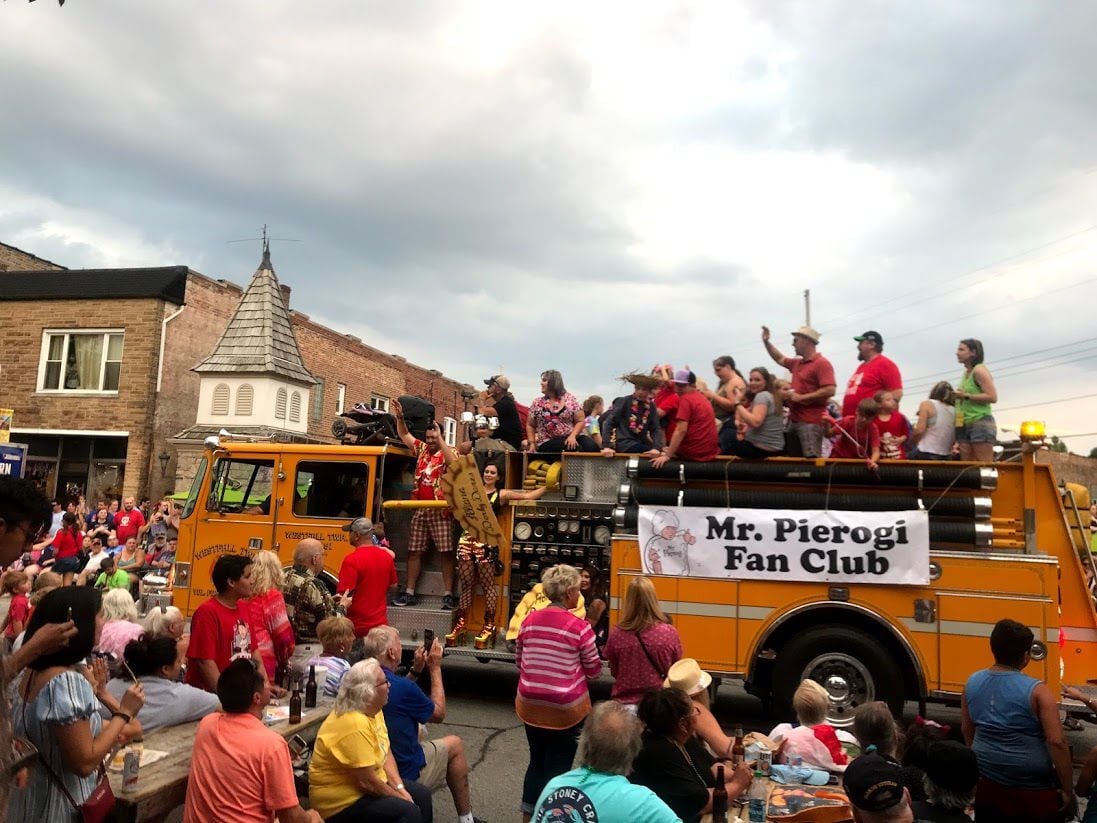 The Pierogi Fest Parade is shown. 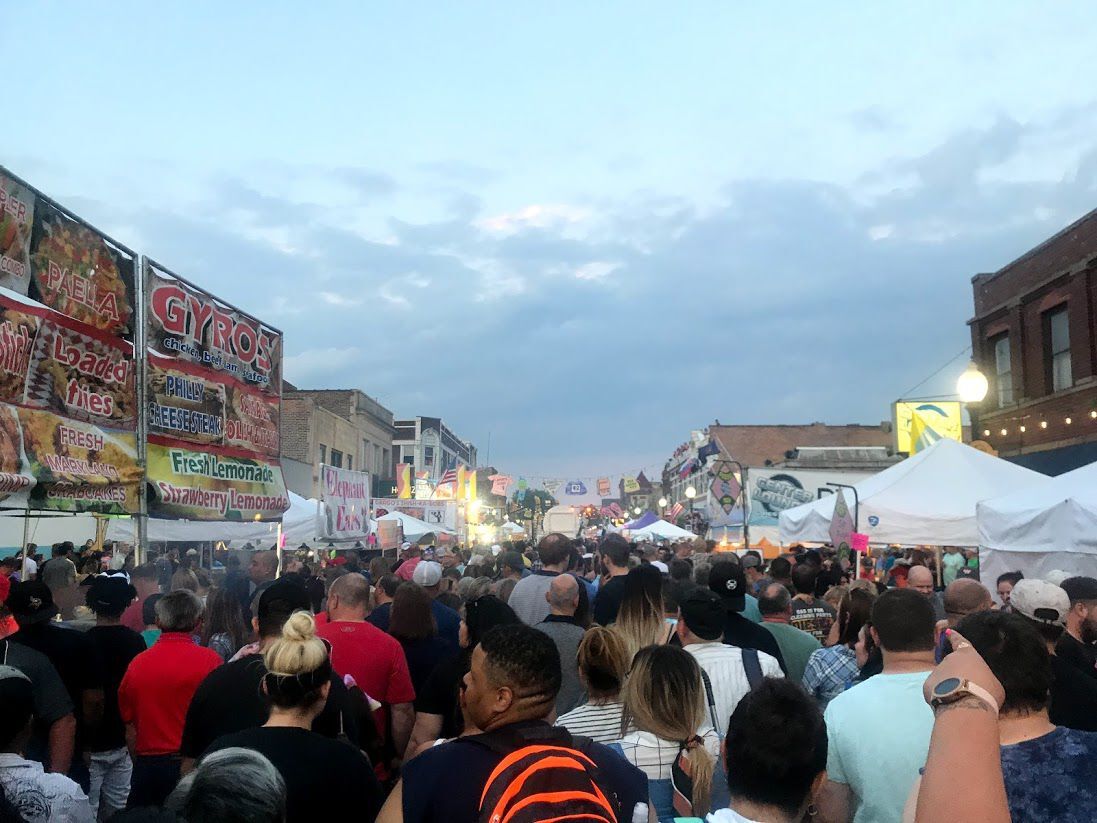 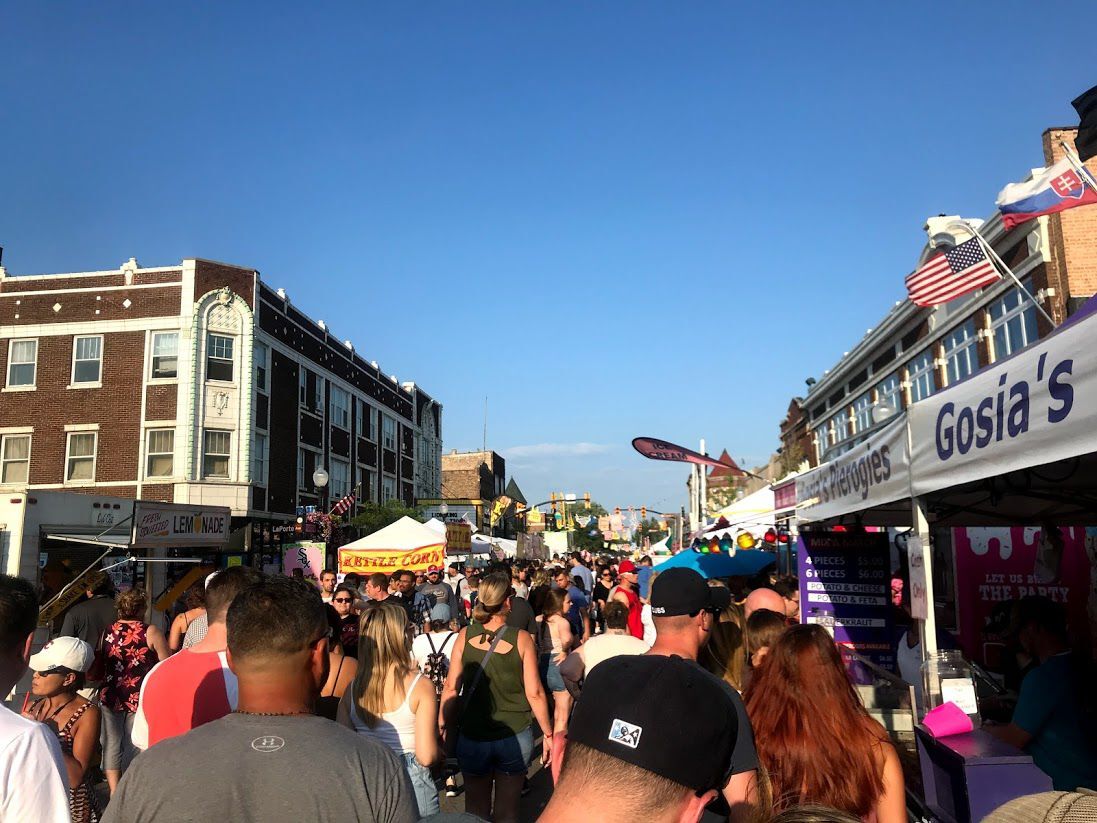 Get ready to polish off a ton of pierogi in downtown Whiting again this summer.

The festival where everyone is at least honorarily Polish is coming back.

Mr. Pierogi, Miss Paczki, the wise-cracking buscias and the whole eccentric cast of characters are returning to 119th Street in July after a year's hiatus to celebrate Pierogi Fest, the Region's largest and probably best-known summer festival considering the amount of national press it has gotten.

After being called off last year because of the coronavirus pandemic, Pierogi Fest will take place from July 23-25 "in the hope of keeping its chairman and co-founder from boredom."

The Whiting-Robertsdale Chamber of Commerce announced in a cheeky press release that the festival celebrating the humble Polish dumpling and Northwest Indiana's Eastern European ethnic heritage would return because of fears that "Chairman and Co-Founder Tom Dabertin might take up singing and dancing."

“Have you ever seen Tom dance? At 6’9” it’s like watching a bad accident on the expressway” said John Sopo, a past chamber president and retired police officer.

Filled with offbeat events like a pierogi toss contest and a nun dunk tank, Pierogi Fest is one of the largest food festivals in Indiana and across the Midwest.

“Pierogi Fest is known for its fun and safety, and our plans include measures due to COVID-19, like relocating picnic and eating areas to reduce the crowd along the main festival area," Dabertin said. "Our food vendors will be asked to take on additional sanitization to keep everyone safe. As always, we want attendees to have fun and enjoy themselves, and we will offer great food and entertainment.”

It will be the 26th annual Pierogi Fest. The volunteer-led has gotten media attention on the Food Channel, Travel Channel, PBS, CNN and television stations in Germany, Slovakia, Poland, China and Australia. It's earned a number of awards, including a Heritage Award from the Polish National Congress and Blue-Ribbon Festival of Summer in 2013 by Yahoo.

Organizers have been reaching out to vendors, musicians and artisans as they plan to bring back Pierogi Fest in 2021. But no final decision has been made.

You can't fight the feeling when REO Speedwagon returns to Festival of the Lakes in Hammond to headline the Friday night show.

TASTE TEST: Dragobob sandwiches at Tzatziki Greek Street Food are a 'party in your mouth'

Vendors, food trucks struggling after many festival closures: 'I have lost everything'

Pierogi Fest goes on with some modifications

The decision to allow the city's popular Pierogi Fest to take place after a year's hiatus due to the ongoing coronavirus pandemic was not an easy one, Mayor Steve Spebar said.

Reader's Digest, which reaches millions of readers across the country, named Whiting's Pierogi Fest one of "15 American Food Festivals Worth a Pit Stop."

The Lake County Sheriff's Office is looking for James P. Mitchell, who escaped from court monitoring after cutting his GPS monitor off.

The Pierogi Fest Parade is shown.