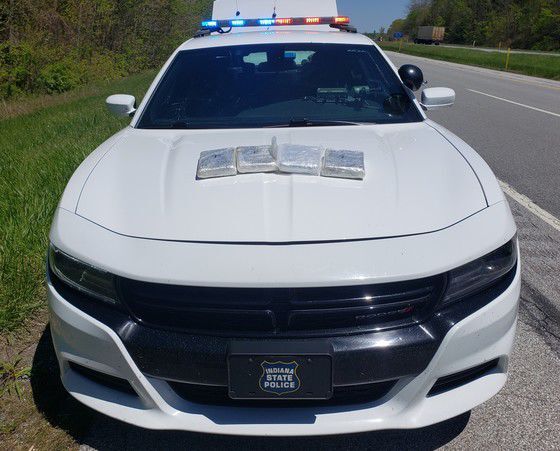 Four kilos of fentanyl lay on the hood of an Indiana State Police car on the Indiana Toll Road Thursday. 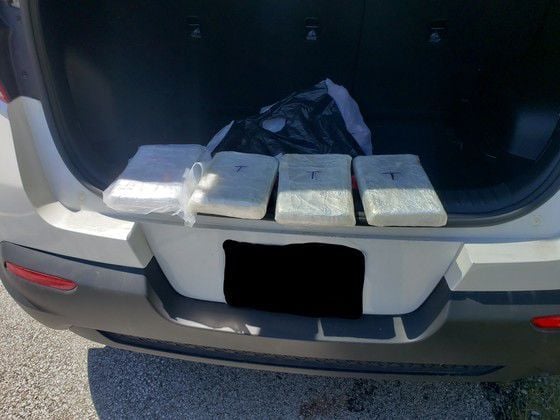 Four kilos of fentanyl were discovered by Indiana State Police during a traffic stop on the Indiana Toll Road Thursday. 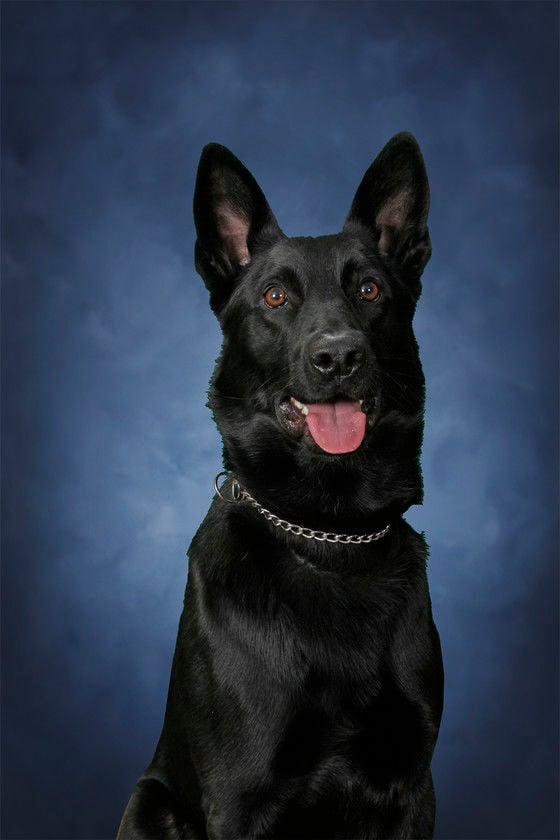 PORTER COUNTY — A man and woman from Maryland are facing a felony charge after a police K-9 sniffed out a synthetic drug.

About 1 p.m. Thursday, an Indiana State Police trooper with the All Crimes Policing Team (ACP) pulled a vehicle over on the Indiana Toll Road near the 37 mile marker, about 6 miles east of the State Route 49 exit, police said.

During the stop, K-9 Axel sniffed the exterior of the car and "alerted" to it, leading to a vehicle search, police said.

The two occupants of the car, Alexis Mayorga Osori, 24, and Juan Antonio Guzman-Muralles, 20, were arrested without incident and taken to the Porter County Jail.

Both have been charged with dealing a narcotic, a level 2 felony.

Christopher Dillard was found guilty in November 2019 of fatally stabbing 23-year-old Portage resident Nicole Gland on April 19, 2017, outside the former Upper Deck Lounge where they worked.

Bond set for Valpo man accused of posing as teen for photos, sex with minors

Porter Superior Court Judge Mike Fish told the accused, Brett Steel, that if he does bond out of jail, he will be placed on pretrial supervision.

Four kilos of fentanyl lay on the hood of an Indiana State Police car on the Indiana Toll Road Thursday.

Four kilos of fentanyl were discovered by Indiana State Police during a traffic stop on the Indiana Toll Road Thursday.