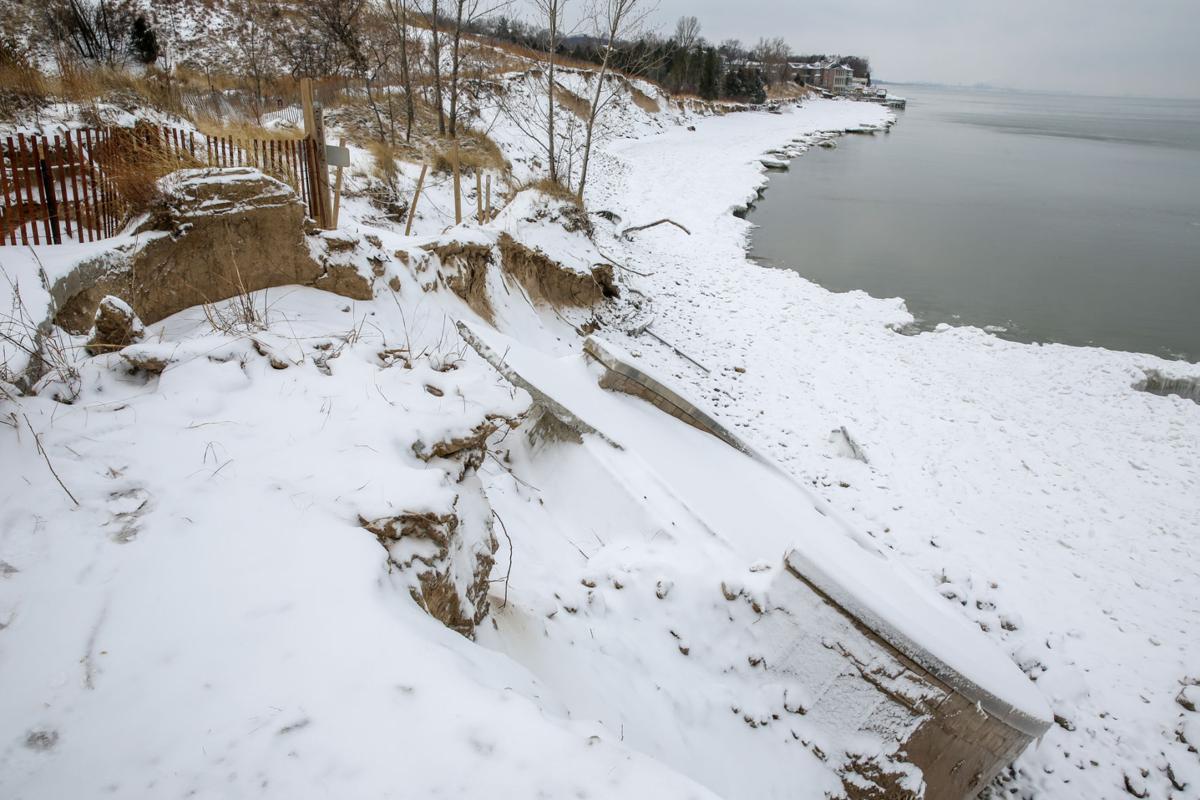 Over the weekend, a large concrete observation deck at the Portage Lakefront and Riverwalk collapsed into Lake Michigan due to erosion. 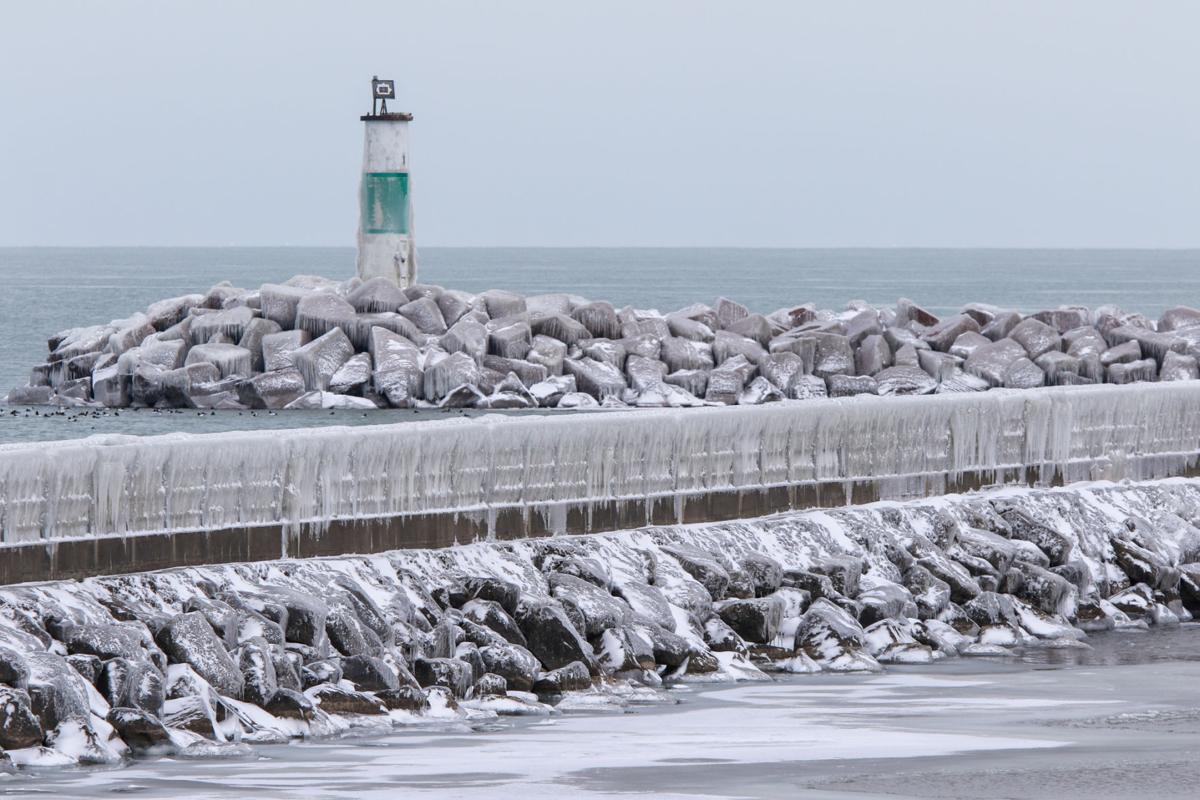 The breakwall at the Portage Lakefront and Riverwalk is pictured. The area is experiencing continued erosion.

PORTAGE — The circular, concrete observation deck overlooking Lake Michigan at the Portage Riverwalk and Lakefront collapsed over the weekend.

It is the latest blow to the park that has been suffering from erosion the past few years. The continued erosion was compounded recently as high waves and strong winds battered the shoreline.

Portage Park Superintendent Jenny Orsburn said she was informed of the collapse Sunday night. The area was roped off with caution tape and barriers to prevent people from wandering onto the area.

The 60-acre park is owned by the National Park Service and managed by the Portage Park Department. Federal officials were unavailable Monday because offices were closed in observance of the Martin Luther King Jr. holiday.

Orsburn said she planned to meet with Indiana Dunes National Lakeshore Superintendent Paul Labovitz this week to assess the damage, determine a monetary loss and devise a plan to move forward.

The park department, along with the NPS, have been monitoring this area for the past six years, Orsburn said.

"The ramp to the beach was closed by the NPS for public access when we started losing beach and the ramp structure was compromised. When we started noticing significant erosion along the walkway, we implemented erosion control, placing rock and sand along with dune grass in the area. This held the walkway and prevented further erosion," Orsburn said of efforts taken to help stop erosion.

"Over this past summer we noticed the slope in front of the node (observation deck) was eroding at a significant rate. We placed sand and rock in front on the slope. Unfortunately, in a matter of two months with the waves and storms impacting the shoreline, we lost most of the slope," Orsburn said.

"First and foremost public safety is our concern, so NPS placed snow fence to prevent the public from walking down the slope. In November, the NPS installed fencing to close off the walkway completely. The NPS engineer determined there to be a public safety concern; the west node’s concrete slab simply sits on top of the sand dune," she said.

The $16 million park, funded through Northwest Indiana Regional Development Authority, federal, state and local funding opened to the public in 2009. Developed as part of the Marquette Plan, the park reclaimed a former dump site operated by the former National Steel.

At the time, Lake Michigan water levels were low and visitors enjoyed using the park's beach.

Erosion issues began to rise in 2014, along with lake levels. By 2015, the beach disappeared, and the walkway to the beach was closed by the NPS.

The erosion issues initiated talks and meetings between the Army Corps of Engineers, Indiana Department of Natural Resources, Portage, the office of U.S. Rep. Pete Visclosky, D-Merrillville, and Ogden Dunes. That resulted in the need for a study to develop a beach nourishment management plan. At the time, officials said it could take three to five years to complete the study.

The lakefront and riverwalk are west of the Burns Waterway breakwall, Port of Indiana and other structures which jut out into Lake Michigan and block the natural drift of sand along the lakeshore. The blocking of natural sand drift to the west of the structures causes the deprivation of sand to the area. The proposed study would look at how to compensate for that lack of natural beach re-nourishment.

"The Army Corps, National Park Service and the city have still been working on a plan for a study," Orsburn said. "We are still trying to secure funding for the study."

PORTAGE — As waves continue to eat away at the shoreline of Portage Lakefront and Riverwalk and neighboring Ogden Dunes, officials still are l…

Beach access to Portage Lakefront closed due to continued erosion

PORTAGE — Access to the beach at the Indiana Dunes National Lakeshore's Portage Lakefront and Riverwalk has been closed due to continued erosion.

Erosion is continuing to batter the Lake Michigan shores of Ogden Dunes and Portage this summer.

PORTAGE | Just a year ago, people could walk down the concrete handicapped-accessible ramp at Portage Lakefront and Riverwalk to an expanse of beach.

Over the weekend, a large concrete observation deck at the Portage Lakefront and Riverwalk collapsed into Lake Michigan due to erosion.

The breakwall at the Portage Lakefront and Riverwalk is pictured. The area is experiencing continued erosion.