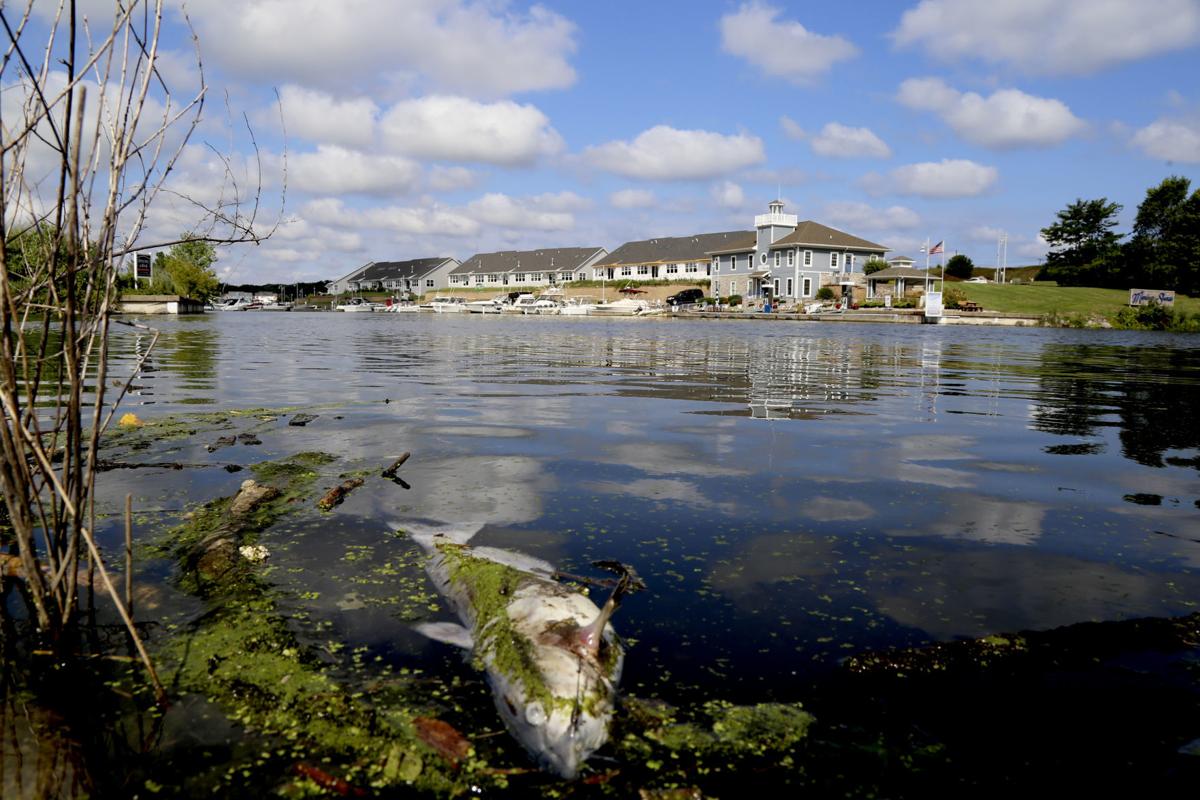 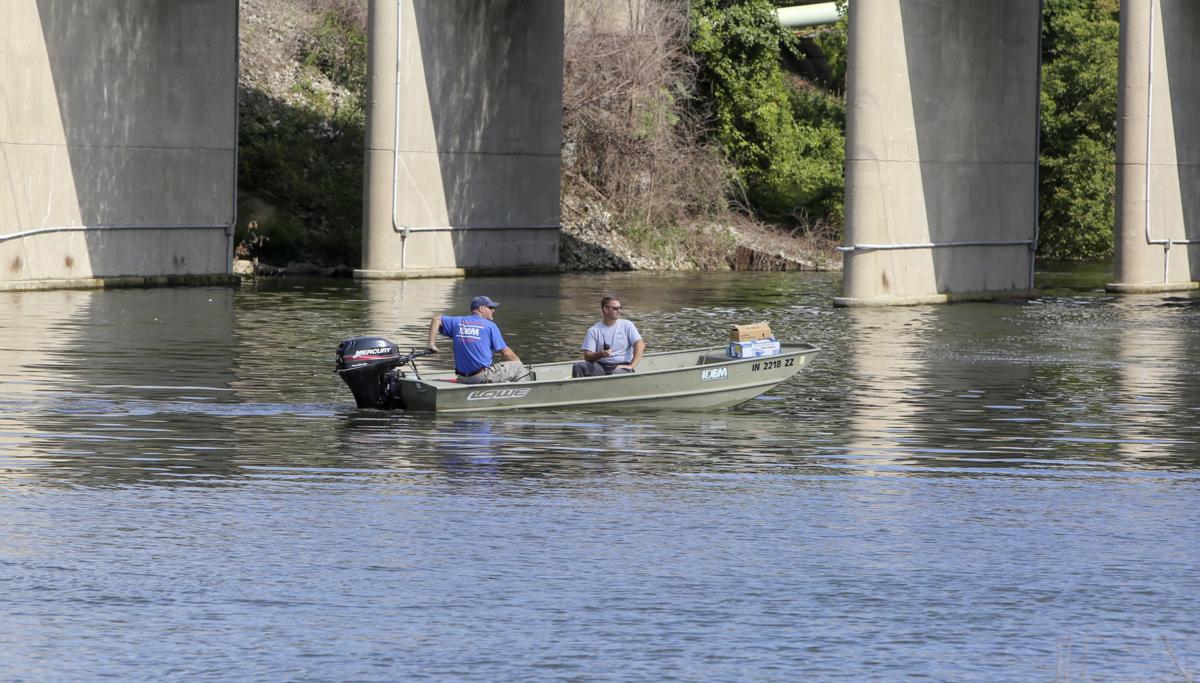 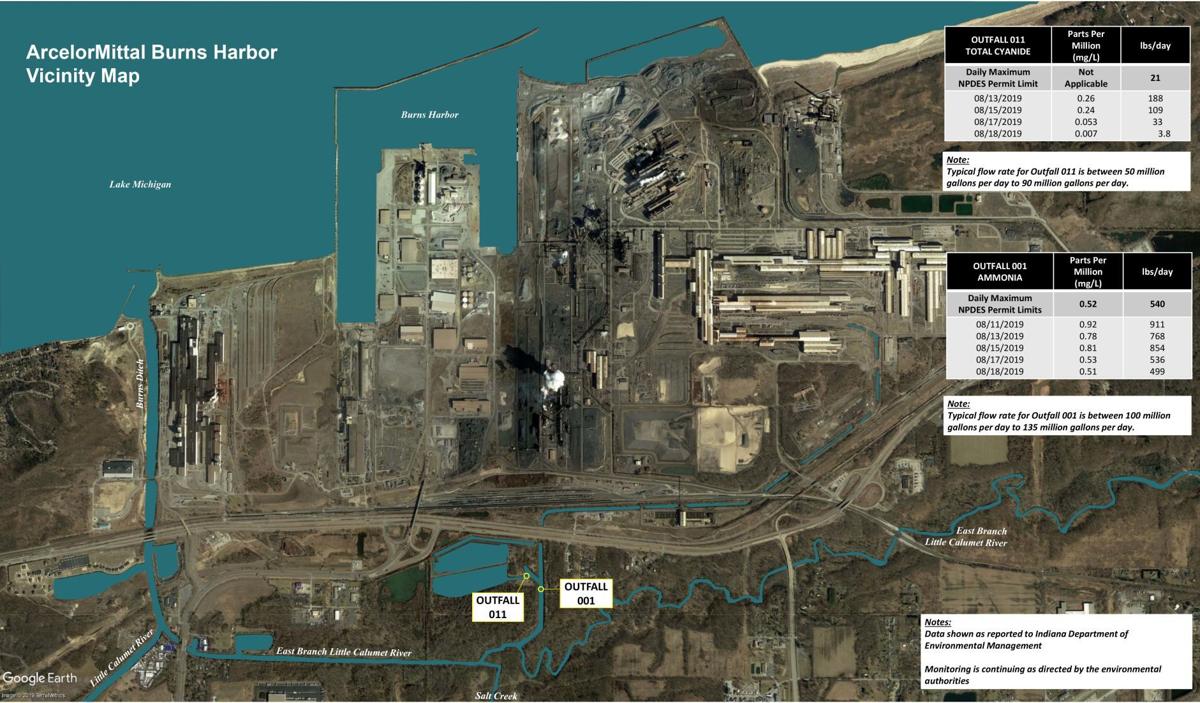 An aerial map from ArcelorMittal details the locations of permit exceedances.

PORTAGE — Ammonia levels are now within permitted levels and cyanide levels continue to decrease at the site of last week's industrial spill by ArcelorMittal in the local east branch of the Little Calumet River, according to the company.

"We have been conducting daily samplings at the two impacted wastewater outfalls, and we are also conducting daily downstream samplings every quarter mile for 2.5 miles of the Little Calumet River," according to a news release from ArcelorMittal. "As a precautionary measure and in support of stakeholder requests, we have expanded our testing to include the lakeshore from Porter Beach to the westernmost extent of West Beach."

ArcelorMittal also said Monday night that IDEM and the Indiana Department of Natural Resources confirmed that no stream samples conducted from the outfalls to the mouth of Lake Michigan exceeded the maximum contaminant level for the federal Safe Drinking Water Act.

"We will continue to conduct daily monitoring of the sites and report to IDEM and the public as long as regulatory agencies require," the company said.

ArcelorMittal accepted responsibility Friday for the spill that killed some 3,000 fish, closed beaches, triggered precautions with drinking water and initiated the threat of a group lawsuit.

The company said the incident happened "despite having safeguards in place and conducting regular sampling in accordance with permits."

The Indiana Department of Environmental Management directed ArcelorMittal to identify the cause of the exceedances, and ArcelorMittal told IDEM that its blast furnace closed water loop station failed, according to a statement last week. Cleanup efforts were to be completed Saturday.

The Portage Port Authority, a local marina development, and various individuals are teaming up to sue ArcelorMittal, claiming the company put people at risk, and disrupted business and recreation.

Portage Mayor John Cannon accused state environmental officials and others Friday of waiting several days before notifying the city of the contamination. He said IDEM and others were made aware of the problem Monday, but the city was not informed until Thursday.

Nevertheless, the National Park Service closed the Portage Lakefront and Riverwalk beach area and water out to 300 feet until further notice, and the nearby town of Ogden Dunes closed its beach.

Lake Michigan and its associated waterways are quite literally everything to the Region.

The Port of Indiana-Burns Harbor landed a $220,262 federal grant to beef up security.

PORTAGE — When a newspaper carrier found a collapsed woman clutching a dog leash on her early morning route, she jumped into action.

The Portage Lakefront and Riverwalk Beach reopened Thursday following a chemical spill last week that killed some 3,000 fish and prompted the … 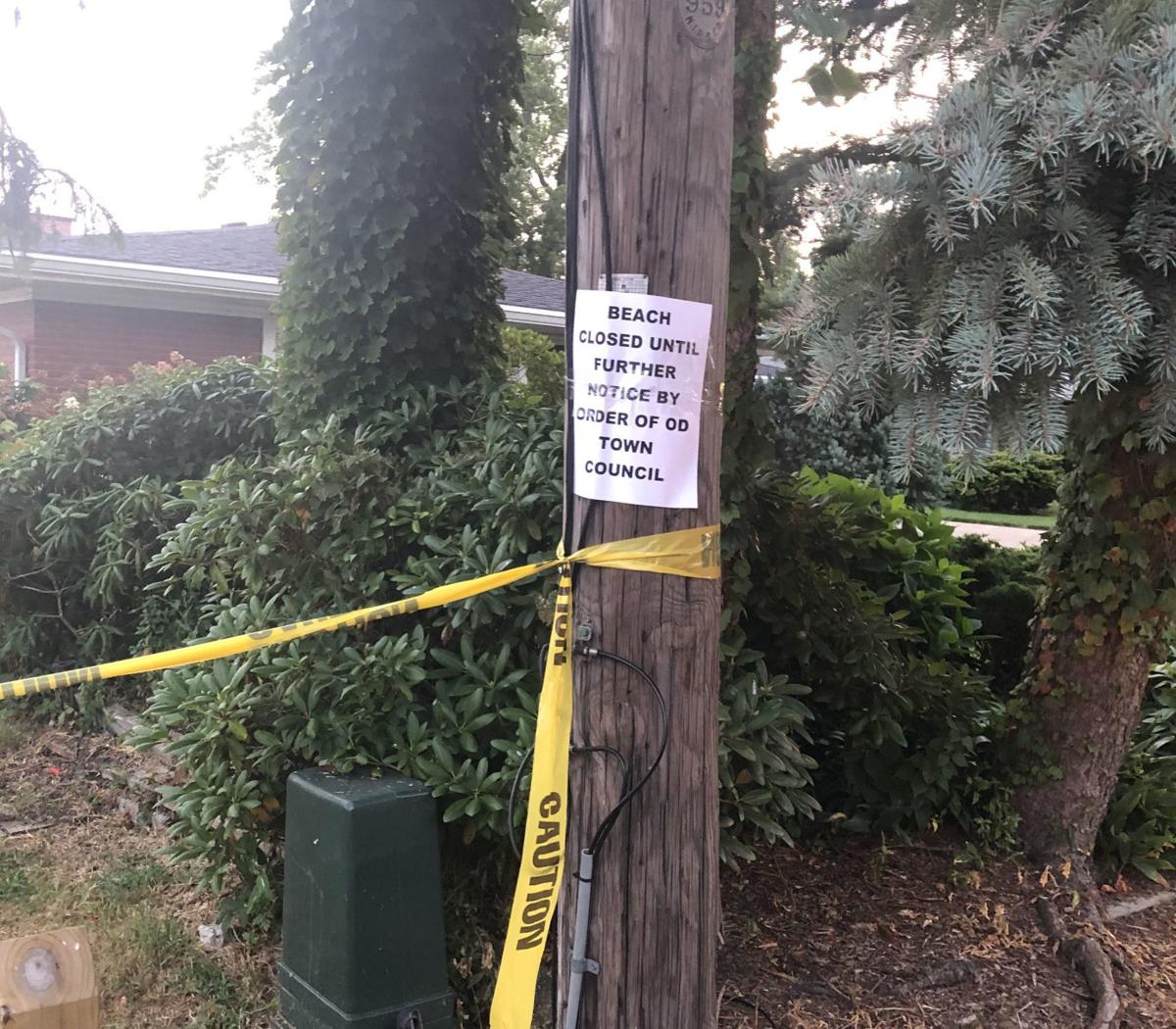 An aerial map from ArcelorMittal details the locations of permit exceedances.