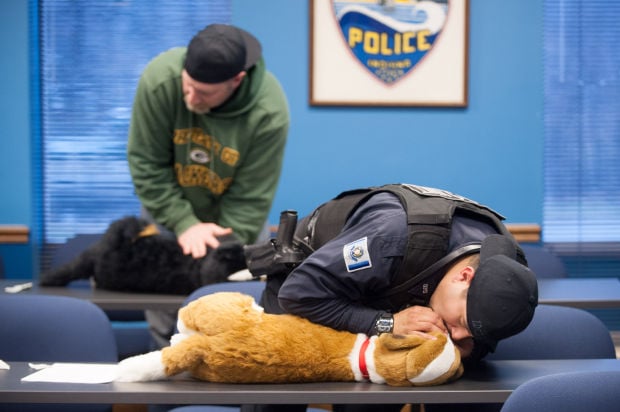 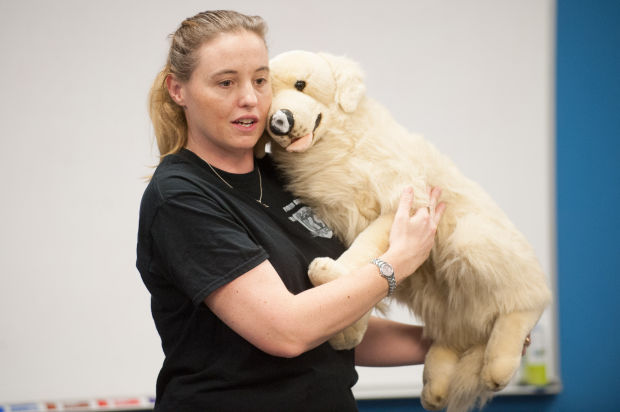 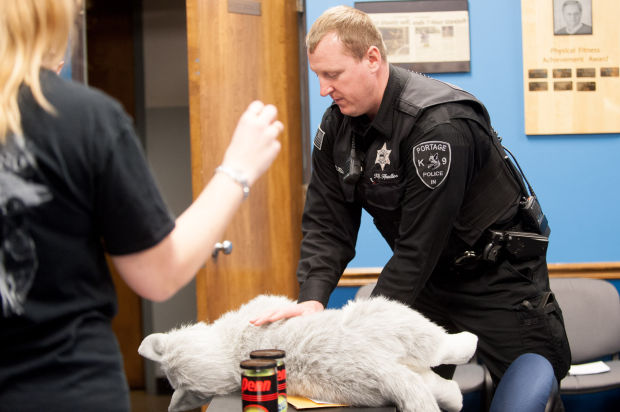 VALPARAISO | Combining a passion for caring for pets and an admiration for canine law enforcement, local veterinarian Lisa Booth is benefiting both.

The 1994 Portage High School graduate is the founder of Kits for K9s, a nonprofit organization that provides first-aid kits to law enforcement and fire department service dogs.

After receiving her veterinary medicine degree from Purdue University in 2000, Booth began her career and also started teaching animal first aid to pet owners through the American Red Cross.

Soon thereafter, Booth read an article about a veterinarian in Texas who taught CPR to firefighters.

“A lot of people run back into a burning home to get a pet,” said Booth. “I thought it was a good idea for outreach to the community.”

So Booth began teaching pet CPR, free of charge, to area fire departments, including Chesterton, Lakes of the Four Seasons, Hobart and Portage.

The idea to expand her reach to law enforcement came when one of her students, a police officer, indicated he “had no clue” what to do if his dog needed CPR.

“I was mind-boggled,” said Booth. “They spend all this time and all this training ... these dogs cost lots of money and they are very close with them. The dogs are like their partners and they don’t know how to save them. I decided I wanted to do more with police departments.”

Booth then connected with Vohne Liche Kennels in Denver, Ind., which specializes in military and law enforcement canine training, and now teaches pet first-aid class there six times a year with about 20 officers in each class.

Booth has provided K-9 CPR training to local police units from Valparaiso, Lake Station and the Lake County sheriff’s department, as well as those from Indiana, Ohio, Michigan, Colorado, Pennsylvania, Nevada and Arizona, and to officers from federal law enforcement agencies.

“They were so grateful,” said Booth. “But they started asking about first-aid kits, and so it dawned on me to give them first-aid kits too.”

She raised money to put together her first 100 pet first-aid kits by asking vets, drug companies and friends and acquaintances for donations.

“In the process, lot of people told me I should start a nonprofit organization,” said Booth.

With the help of the Valparaiso University student law clinic, Booth formed her nonprofit Kits for K9s in March 2013, to continue the effort.

Booth is raising money to assemble her next batch of first-aid kits. Those who would like to donate to Kits for K9s may do so at Vale Park Animal Hospital in Valparaiso, or use the organization’s Facebook page facebook.com/KitsForK9s.

Booth said she will continue to teach pet CPR free of charge to fire and police departments that are interested, and those who want a pet first-aid kit for a service dog can have one.

“I’m starting small and getting the word out,” Booth said.