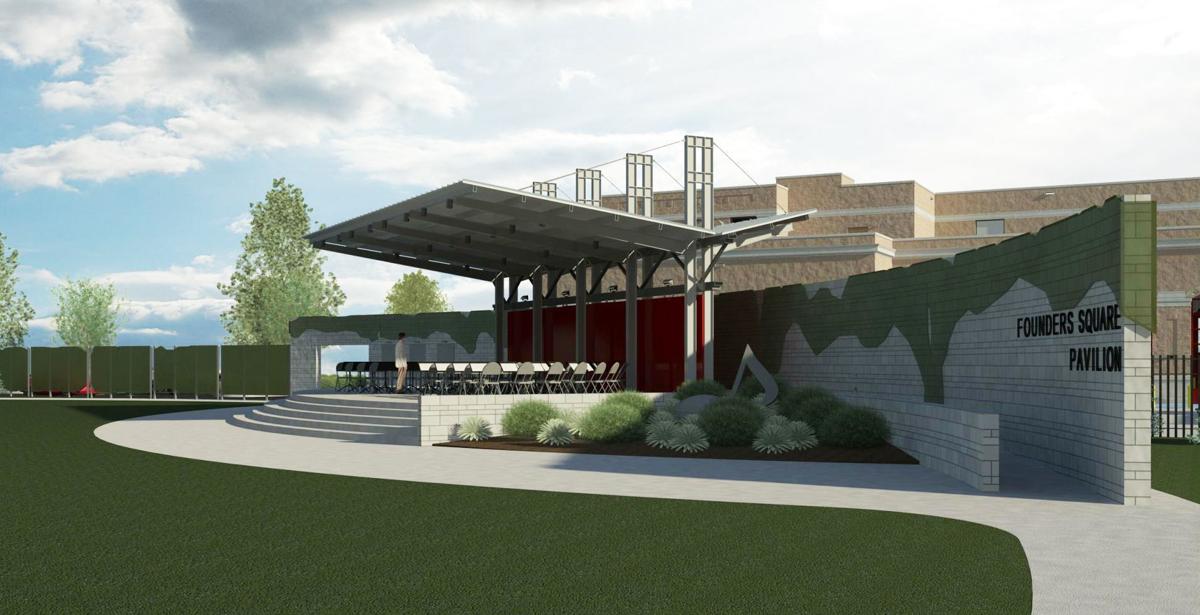 Portage is also hoping to complete construction of Founders Pavilion, a performance venue for concerts and events at Founders Square.

MonoSol Corporation is one of the facilities in the AmeriPlex business park. 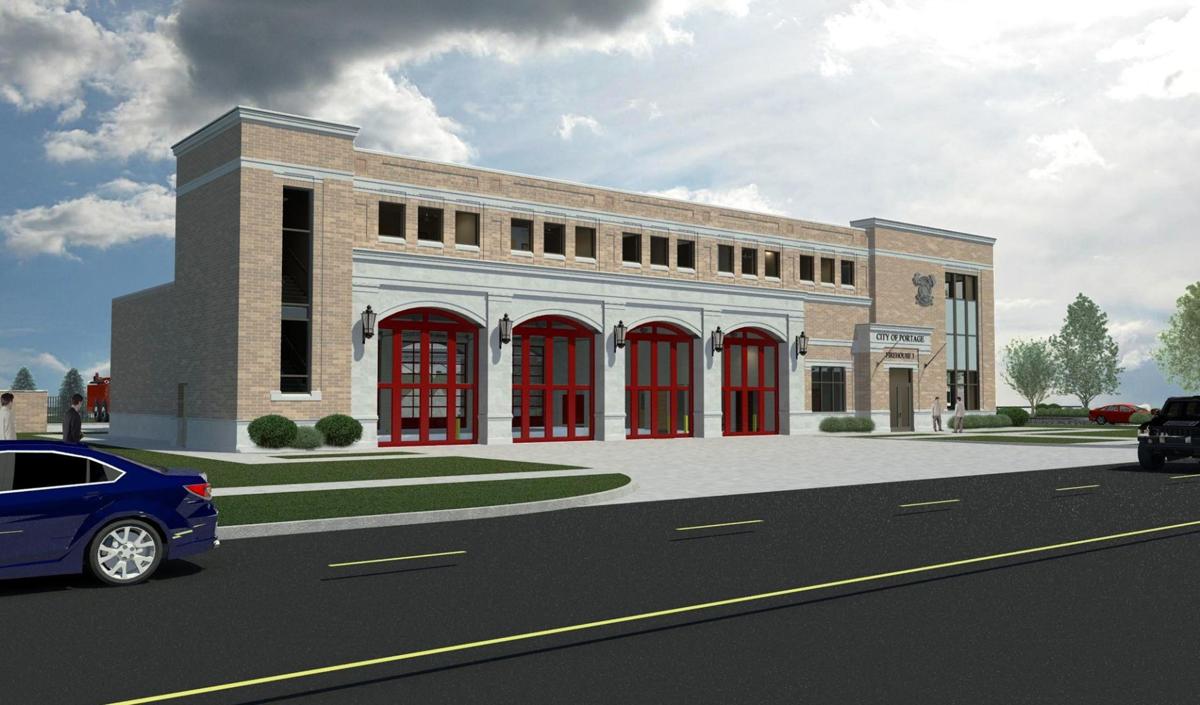 The new fire station under development in downtown Portage.

Portage is also hoping to complete construction of Founders Pavilion, a performance venue for concerts and events at Founders Square.

MonoSol Corporation is one of the facilities in the AmeriPlex business park.

The new fire station under development in downtown Portage.

The city of Portage continues to move forward in a very positive way. With 37,000 residents calling it home, Portage is a family-friendly city that is both an affordable and enjoyable place to live, work, play and stay.

In a prepared statement, Mayor James Snyder stated, “There is no community in Indiana that has had the job, infrastructure, retail, and safety successes that Portage has had and will continue to have.”

In January, Mayor Snyder announced the hiring of Andy Maletta as the director of economic development. “Portage has been undergoing a significant transformation in recent years,” Maletta says. “To further that endeavor, we have developed an in-depth plan that utilizes our resources and allows us to expand on several fronts.”

In the late 1990s, Portage began to develop the north side of the city. “The port is not just a local resource, it is an international one,” Maletta explains. “The lakefront is a great tourist attraction, and the beaches draw people to the city. But the port draws commerce, and that translates into jobs.”

AmeriPlex at the Port is a 385-acre mixed used business park with an attractive array of services and amenities, an ideal location, and beautifully designed architecture and landscaping. It is located right off Interstate 94, less than one mile from both Lake Michigan and the Port of Indiana. AmeriPlex offers unparalleled access to major transportation links via land, air and water, as well as money-saving advantages like competitive business tax guidelines and access to state and local economic incentives.

“We have focused on bringing in jobs as well as businesses,” Maletta says. “We want the Northside development to bring employment to our city as well as tax dollars.”

Over the last few years, McDonald’s Corporation has opened a training headquarters, and the MonoSol Corporation manufactures several products at the factory they opened in the AmeriPlex. Fronius is a company that makes parts for solar panels, and Daimler-Chrysler creates automobile parts. Both now call the Ameriplex home.

“These businesses have brought over 350 jobs to our city,” Maletta says. “Tax dollars are very important, but they only go so far if people don’t work. Creating good-paying jobs for our residents makes it a win-win.”

The city is currently in talks with two major corporations about locating within Northside and in addition, two of the current companies have begun discussions about expansion of their facilities.

City officials have developed a plan to create a downtown at the intersection of Central Avenue and Willowcreek Road.

“We are working with Holladay Corporation, the same developer who helped us create Ameriplex,” Maletta says. “We want to create a formal downtown that attracts shoppers and residents to live, work and play.”

At the heart of the plan is the Promenade. This phase calls for several three-story buildings that house retail shops on the main floor, and upscale condominiums on the top two floors. “Not everyone wants a single-family home in a suburb,” he says. “We want to have options that appeal to everyone.”

“People will be able to leisurely stroll around a downtown adorned with landscaping designed to blend nature with the amenities of the city,” Maletta says. “And to top it off, we will build an amphitheater for outdoor concerts during the warm weather.”

In February, the city unveiled plans for a $75 million Sport Resort on the north side. Catalyst Lifestyles LLC, a privately funded domestic-international partnership, is proposing the complex.

A preliminary development plan filed with the city outlines what is proposed for the 170 acres straddling the Burns Waterway west of Ind. 249 and north of Interstate 94.

In addition, there will be a 150-room hotel, campground and bunkhouse facility and a recreational lake with an island featuring an adventure tower and cable wakeboarding.

“We want to tie the Sport Resort into our overall plan for the city,” Maletta says. “The commercial aspects provided by the plan complement the work we have done in retail, industrial, and residential.”

Maletta says the project is unique in many ways. It will have, to his knowledge, the first indoor drive-in theater and will introduce wakeboarding, popular in Germany, to the Region.

The large dome will not only be able to house sporting events, but also can be used for educational seminars, large group gatherings, conferences, trade shows and concerts, according to the development plan.

He says the complex is designed to host tournaments and give those attending myriad activities to partake in during their stay. It will serve as a destination facility as well as entertainment for local residents.

The mayor, the city council, the economic development commission, and the building department have all been working together to transform the plan into reality.

Mayor Snyder says, “I met with our Efficiency and Excellence Commission, who will be tasked with finding more areas in the city that we can make even more efficient and excellent.”

Maletta adds, “The various departments have all joined in on the plan to expand and refine our fine city. It’s been a great experience to work with a team that is focused on achievement.”

“Great things are coming to our city.”

When it comes to helping children grow up to be responsible, productive citizens who give ba…

The Portage Lakefront & Riverwalk is such a hidden gem, even longtime residents can have…

If You Build It…

The recreation scene in Portage may be close to getting a whole lot more diverse and exciting with the impending development of the new 170-acre CL Sport Resort complex—a massive campus comprising a huge sports dome, outdoor fields, a campground and dozens of entertainment and recreation options. Managing partner and East Chicago native Tony Czapla believes the complex will be a key addition to an already active and thriving city:

Why do you think Portage is a good fit for a CL Sport Resort?

“Portage is a great fit for Sport Resort. Its geographic location is ideal with nearly 29 million people within 200 miles, and the Indiana Dunes attract more than 3 million visitors annually. Since moving here, I’ve discovered that Portage is a community of dreamers and doers. Many municipalities have a plan but few have the courage to actually pursue it. Portage makes up its mind and then gets it done.”

What can Portage residents expect from this development?

“A state-of-the-art facility dedicated to health and wellness, and one that is suitable for professional athletes but designed for kids. It will also offer unique entertainment amenities. More importantly, it brings 240 construction jobs and 500 full- and part-time resort jobs. The Sport Resort will be an economic engine for Portage restaurants and hotels, with the potential to transform U.S. 20 into a family-friendly tourism destination.”

What does the timeline look like for potential approval and construction?

“We recently received a unanimous favorable recommendation from the Portage Planning Commission and approval from the City Council for the planned development. Accordingly, we are beginning construction and are cautiously optimistic to have the cable wakeboard lake, the aerial adventure towers, the campground and the main dome ready by year-end.”

Portage has a rich history, continues to thrive

Although Portage wasn’t officially incorporated as a town until 1959, its rich history extends back to the 1830s, when early European settlers…

Merrillville-based MonoSol, which has been cleaning up with popular household products like Tide Pods, marked the opening of its new $95 milli…

Jammin with Save the Dunes

MICHIGAN CITY — Celebrate summer and Lake Michigan at Jammin with Save the Dunes. This event will take place from 4 to 9 p.m. June 4 at Washin…

MonoSol launches product that will be used in Latin America

Merrillville-based MonoSol, which dominates the global market for a water-soluble films, launched a new product that food processors will use …

PORTAGE — Mark Oprisko remembers when he was a freshman city councilman here 28 years ago.

PORTAGE — Last April more than 150 people gathered in a field off Stagecoach Road.