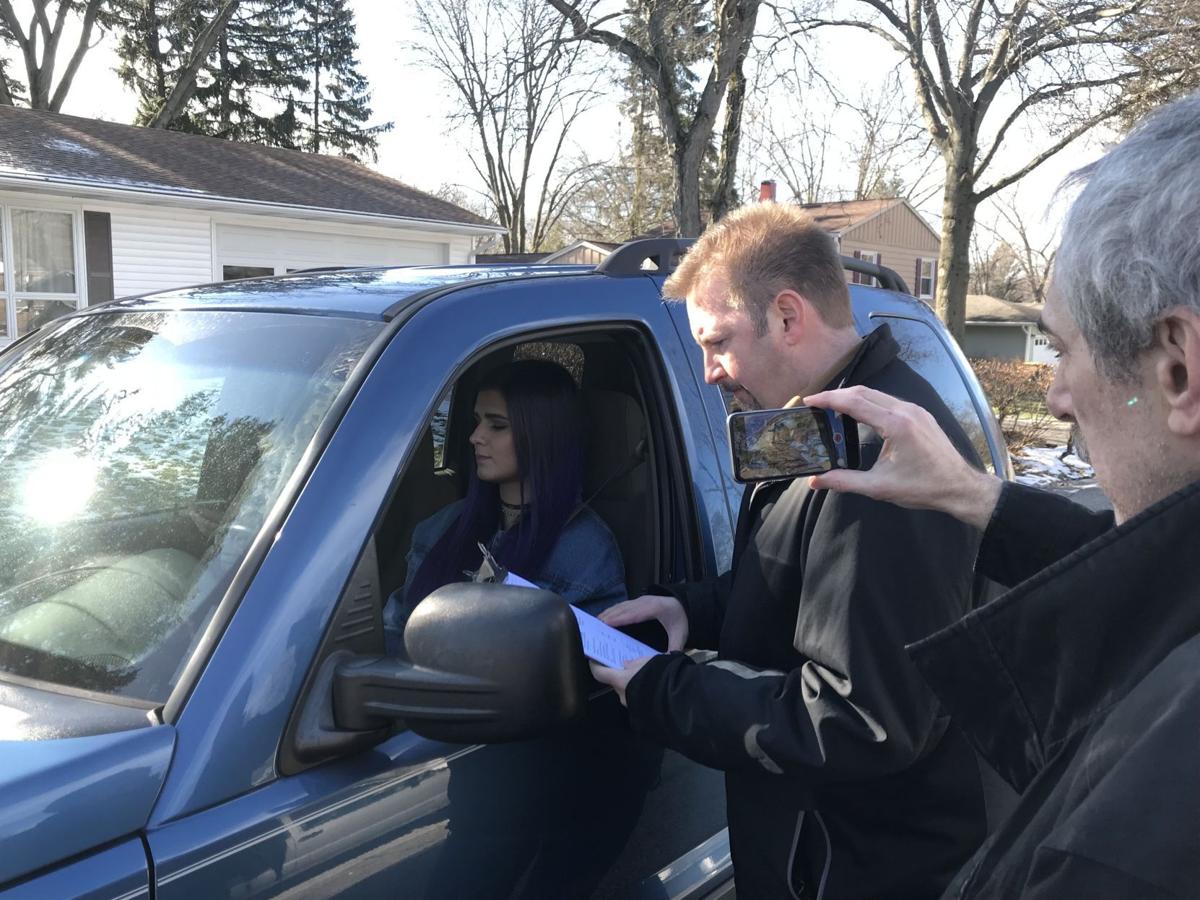 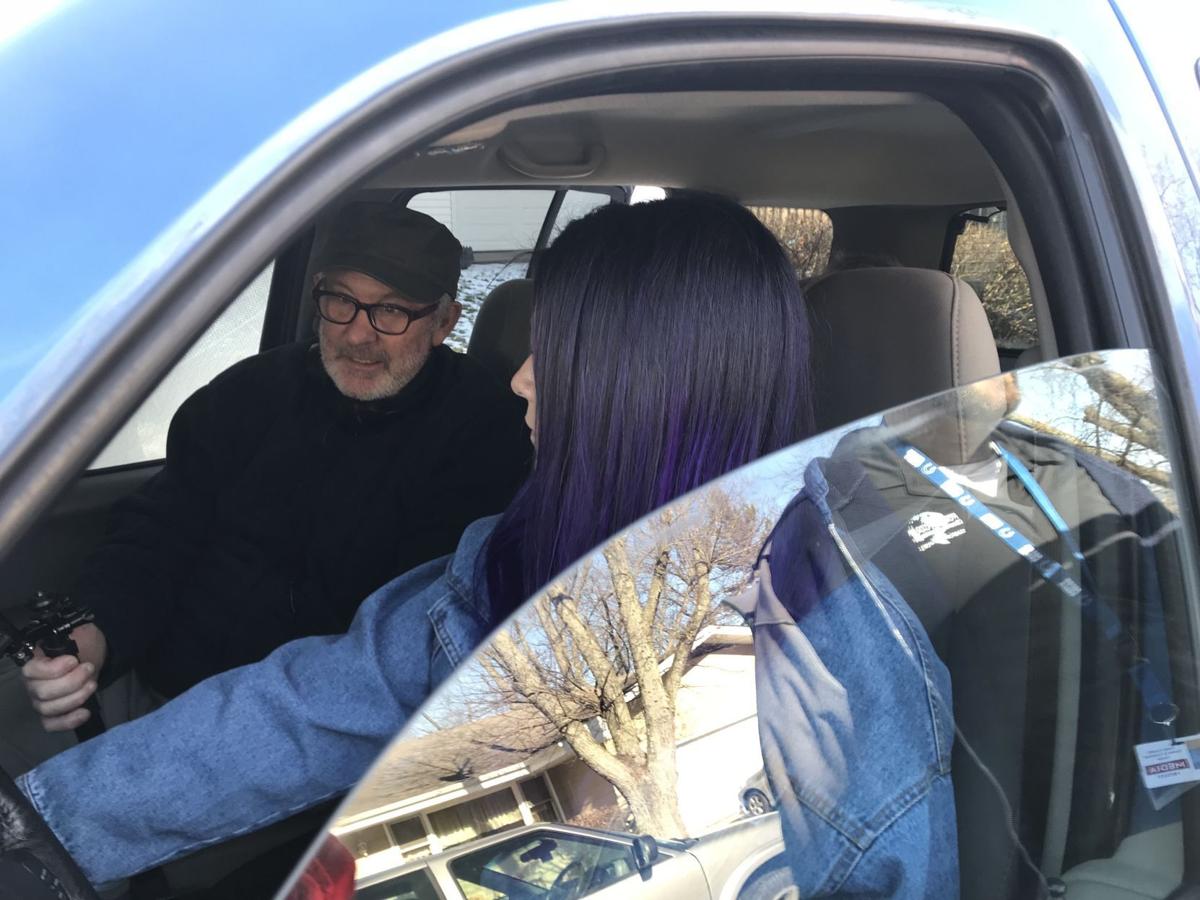 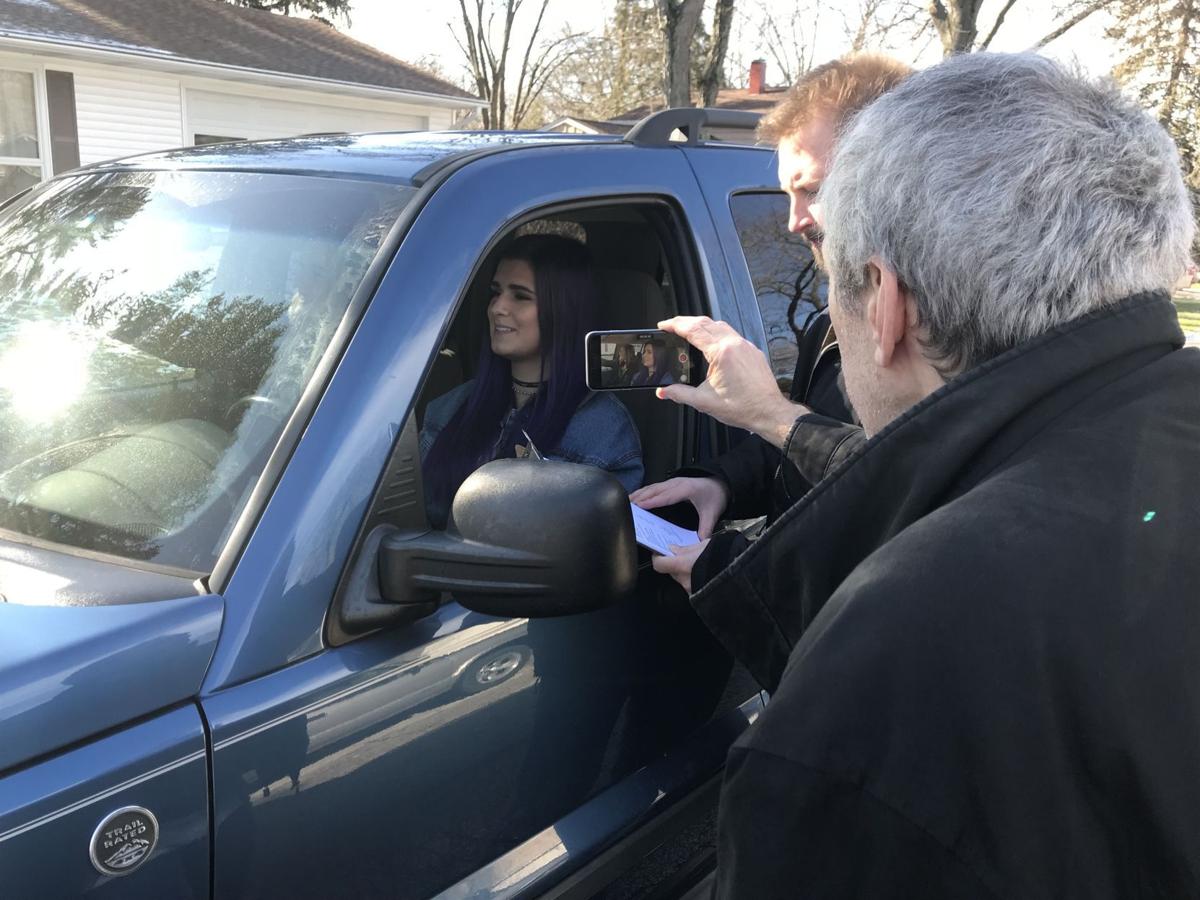 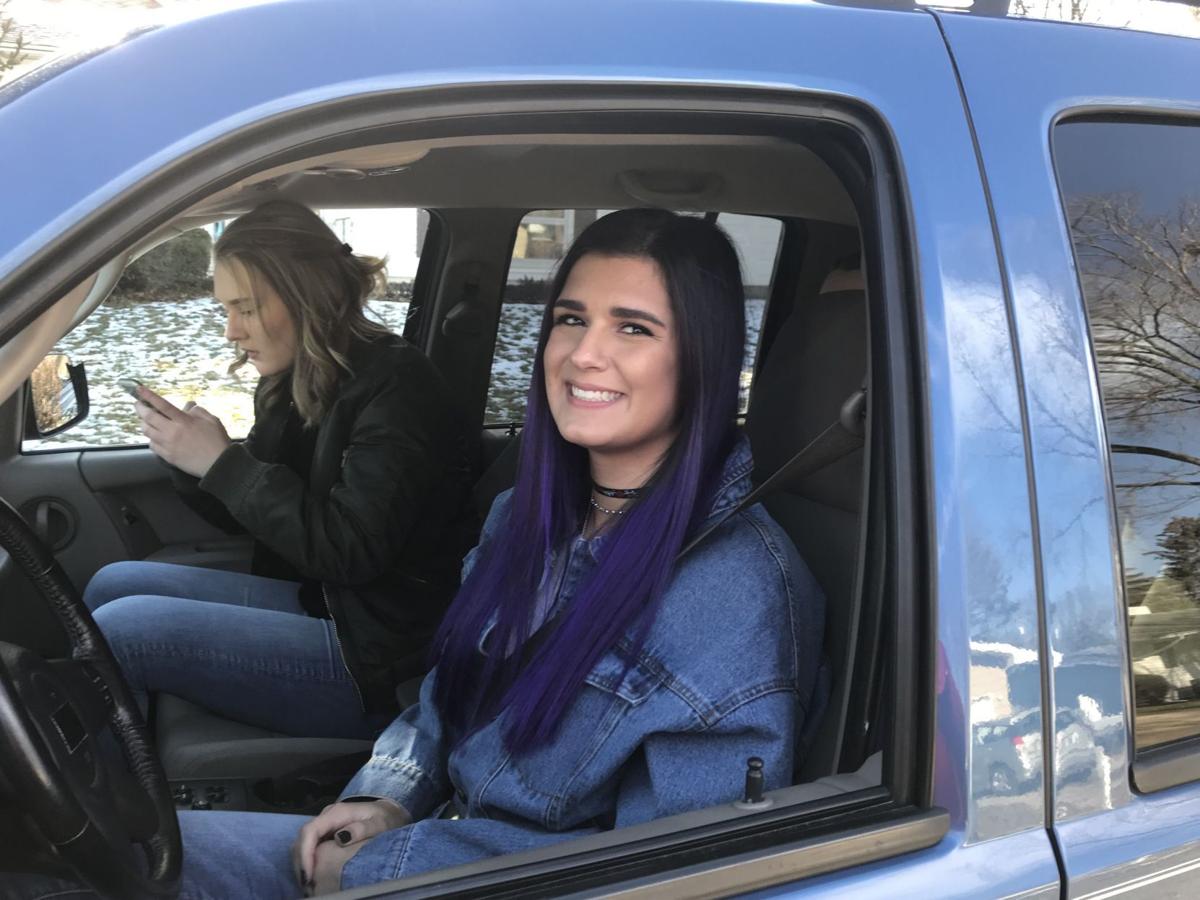 Cheyanne Montozzi, a senior at Boone Grove High School and student at the Porter County Career Center, awaits direction Friday during the filming of her 30-second public service announcement being filmed for the Drive Safe Chicago PSA contest.

Cheyanne Montozzi, a senior at Boone Grove High School and student at the Porter County Career Center, awaits direction Friday during the filming of her 30-second public service announcement being filmed for the Drive Safe Chicago PSA contest.

VALPARAISO — Cheyanne Montozzi and two of her friends giggled and sang as they drove along a neighborhood street Friday morning.

"Watch out," Hannah Christy shouted, bringing the teens back to reality.

The trio were OK, and they're hoping other teens will see Montozzi's video and get the message — don't drive and live stream on social media.

Montozzi's PSA was filmed Friday morning; Royter's on Friday afternoon, and Johnson's will be filmed Saturday. Following the filming, the videos will go into post production. After editing, they will be posted on the Drive Safe Chicago website at nrsf.org/teenlane/content/drive-safe-chicago where people can vote for their favorite. The PSAs will be debuted Feb. 9 at the Chicago Auto Show before airing nationwide on more than 150 TV stations. The top video will also be announced, and the winning creator will receive a $2,000 prize from The National Road Safety Foundation. The videos also will be aired later this year on the Teen Kids News program.

Montozzi, who wants to study video production, said exercise has been a valuable learning experience.

"It really helps you get actual hands-on experience," she said, watching and taking directions from the professional production crew.

Christy knows all about the experience. Her PSA won last year.

"It was very surreal," she said about the experience, adding it also made her realize that she wanted to study video production in college. Her PSA tackled sleeping and driving.

Johnson said he wanted to "think outside the box" when he wrote his script for "Distracted Driving is Tasteless" about eating while driving.

"Eating or drinking is harder than you think when you are driving," he said, adding he wanted to pass that message on to other teens.

Royter's PSA tackled various things teens do that can distract them from the task at hand, from using a GPS to listening to music to texting.

While she's planning on studying international business, she said the process has taught her about brainstorming and bringing ideas to fruition.

This is the third time in the four years of the contest that all the finalists have come from the career center, said teacher Bob Phelps, explaining it starts with students having to write scripts for a potential PSA.

Two Valparaiso residents to be recognized by chamber for leadership

It's all in the fingers: Puzzle cubes making a comeback

VALPARAISO — A Ben Franklin Middle School teacher has been accused of "inappropriate communications" with a student.