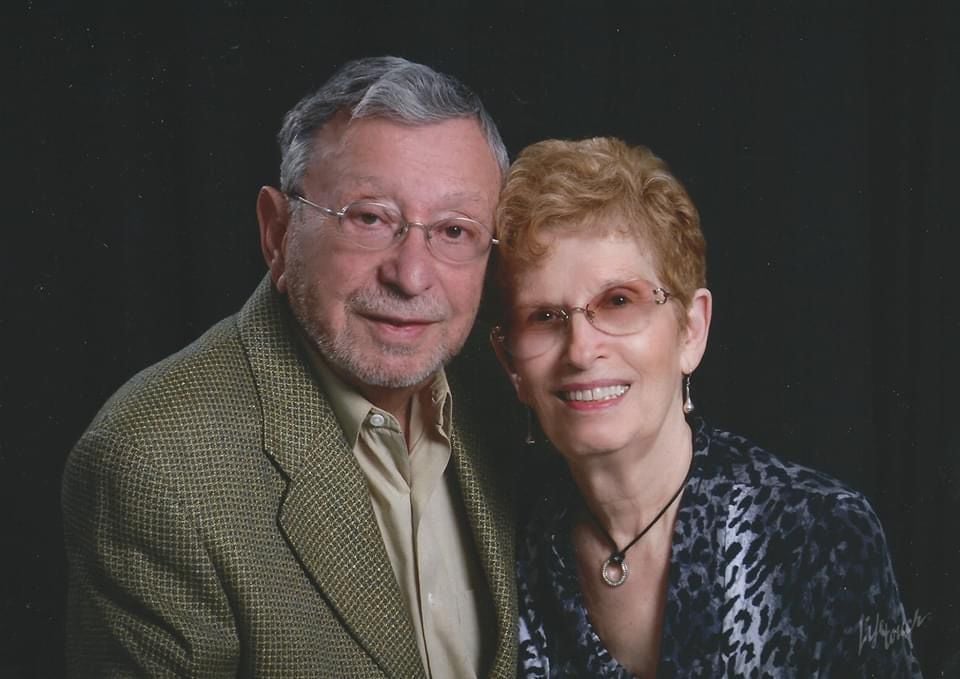 From left, Paul and Nancy Weiss pose for an undated photo. 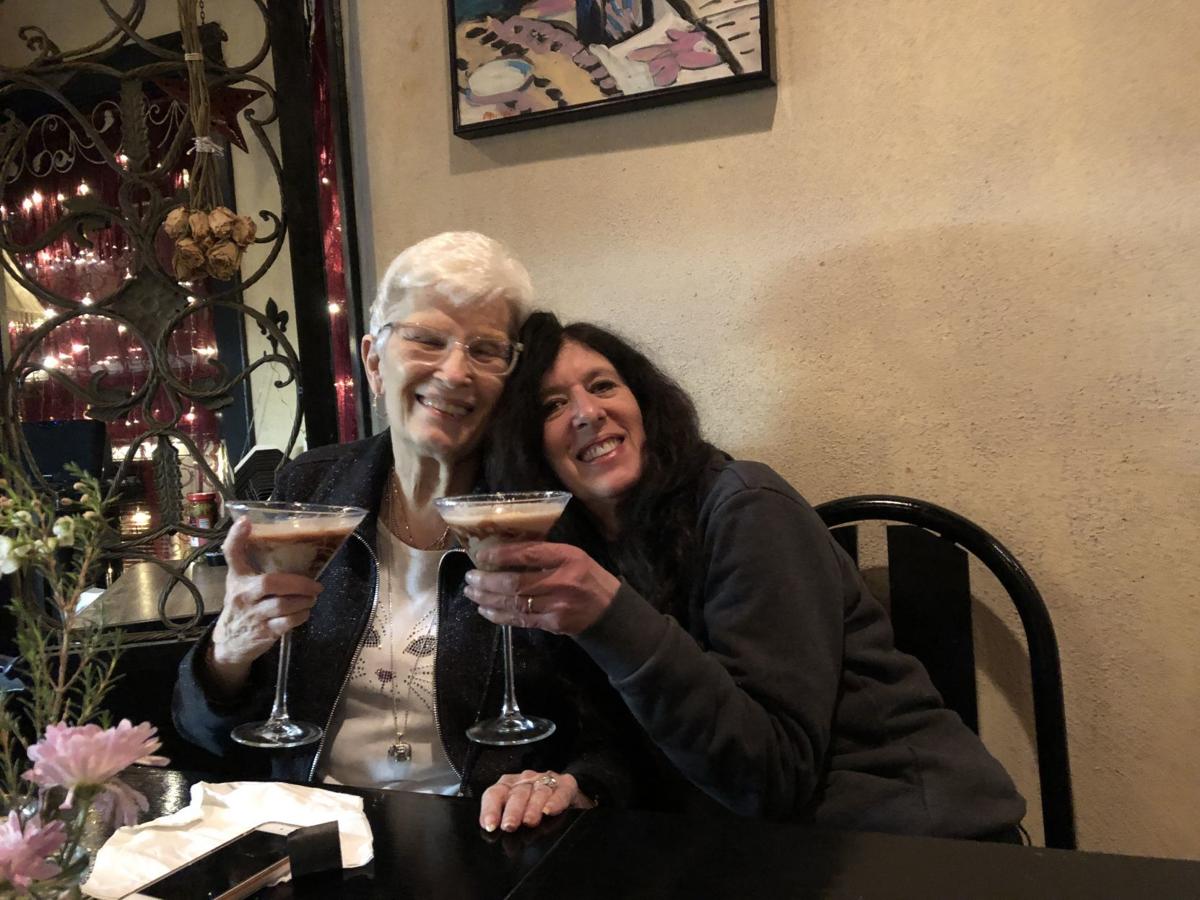 From left, mom Nancy Weiss and daughter Gale Schultz pose with drinks in an undated photo. 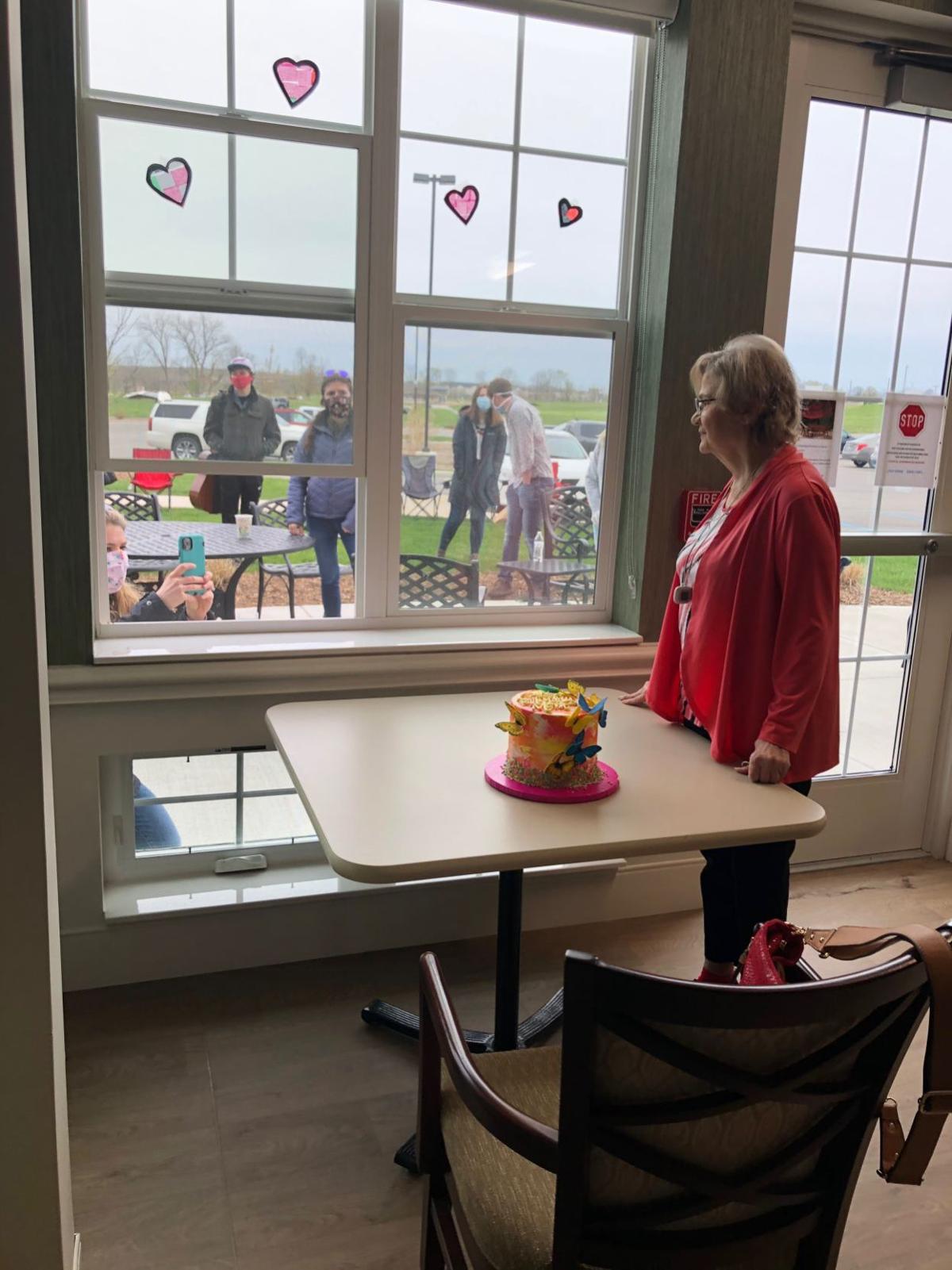 Marian Frazzini looks out a window at Residences at Coffee Creek in Chesterton on Monday during her birthday celebration.

This Mother’s Day, Nancy Weiss, who lives at Residences at Coffee Creek in Chesterton, will spend the holiday without seeing her children in person.

While she said it’s sad she can’t have visitors over due to restrictions surrounding the COVID-19 pandemic, it doesn’t compare to recently losing her husband of more than 70 years while in quarantine.

"How can you equate that with losing a husband of 70 years? It's just that's the most important thing in my life, and it just happened, and I'm still grieving,” Weiss said on Thursday.

Nancy first spotted Paul while he was walking in a train station with a friend of hers.

“I was very impressed that she was with him and found out who he was,” Nancy said.

Unbeknownst to Nancy, Paul also was trying to find out who Nancy was, so the two could be fixed up, she said.

Theirs was a love story that lasted more than 70 years, and it all started with a blind date. Usually, Nancy said no to blind dates, but agreed to go on a date with Paul. They went to a Boy Scout dance, but stayed away from the dance floor. Instead, they ended up talking for three hours.

“He told me that he never dated a girl more than three times, and I thought this guy is just too cocky. I'm going to date him for four or five times, and then I'm going to dump him," she said. "So that's what happened. Only I couldn't dump him, and we lasted for 74 years.”

Paul was six months older than Nancy, and had just graduated high school when the pair met. He went off to the University of Illinois and visited Nancy every weekend. They waited until he graduated to be married — a promise they made to Paul’s mom.

“It was a good marriage,” she added.

Gale Schultz, one of Nancy and Paul’s daughters, said her father was a bright, kind man you could always count on.

“You could always count on him. You always felt safe because you know he would never let anything happen to anybody," Schultz said. "He took care of all of us."

Though Schultz said she can’t see her mom right now, she does call her daily and Facetimes her two or three times a week.

“I tell you what, losing my dad and not being able to be with her, that's been way more difficult than what Mother's Day will be for her,” Schultz said.

When Schultz is able to visit, the pair usually hit the town for a bite to eat and some shopping.

“We like to go out for lunch or go out for tea or visit all the local shops when they're open — you know all those good things that women like to do,” Nancy said.

Right now, however, the pair can only communicate by phone or window visit.

"It's bad right now because we're also quarantined and everybody is kinda lonesome, but because I'm in this nice facility. I have lots of company."

Nicki Caylor’s mom, Marian, also is a resident at Coffee Creek. Since the pandemic, Caylor said she has been able to call her mom and do a window visit.

Typically, between Caylor and her sisters, someone visited Marian at least once a week, she said.

On Monday, Caylor and her sisters celebrated Marian’s birthday through a balcony visit. They plan to do the same on Mother’s Day.

"I think it was nice because it made her realize that we still remembered and that we could still celebrate with her," Caylor said. "I think the hardest time she had was when we sang happy birthday to her, she got a little choked up and said she wished she could hug us."

Indiana kicks off Teacher Appreciation Week. Here's how you can join in.

Across the country, educators are celebrating national Teacher Appreciation Week. Here's how Hoosiers are showing gratitude for their favorite teachers and how you can join in.

Families are just finding other ways to make the day special for their loved ones.

On a warm, sunny Sunday afternoon dozens of cars passed by Mary Massey's house with balloons and signs to celebrate her 107th birthday.

The glimmering "Sierra Gold" Chevy is part of a longstanding family tradition the Highland couple wanted to continue by celebrating the arrival of their newborn son.

Dale Bock served the Lake County Sheriff’s Department for 30 years and was a lieutenant, K-9 trainer and handler and SWAT team sniper.

Mother's Day this year means getting creative from afar

Mother's Day this year is a mix of love and extra imagination as families do without their usual brunches and huggy meet-ups.

Katie and Mike DeYoung may have not gotten the wedding they originally planned, but it was a memory they will never forget.

A convoy of dozens of vehicles drove down Spring Street in Highland in front of the home of Jesse and Priscilla Jones, a couple celebrating 72 years of being in love.

From left, Paul and Nancy Weiss pose for an undated photo.

From left, mom Nancy Weiss and daughter Gale Schultz pose with drinks in an undated photo.

Marian Frazzini looks out a window at Residences at Coffee Creek in Chesterton on Monday during her birthday celebration.