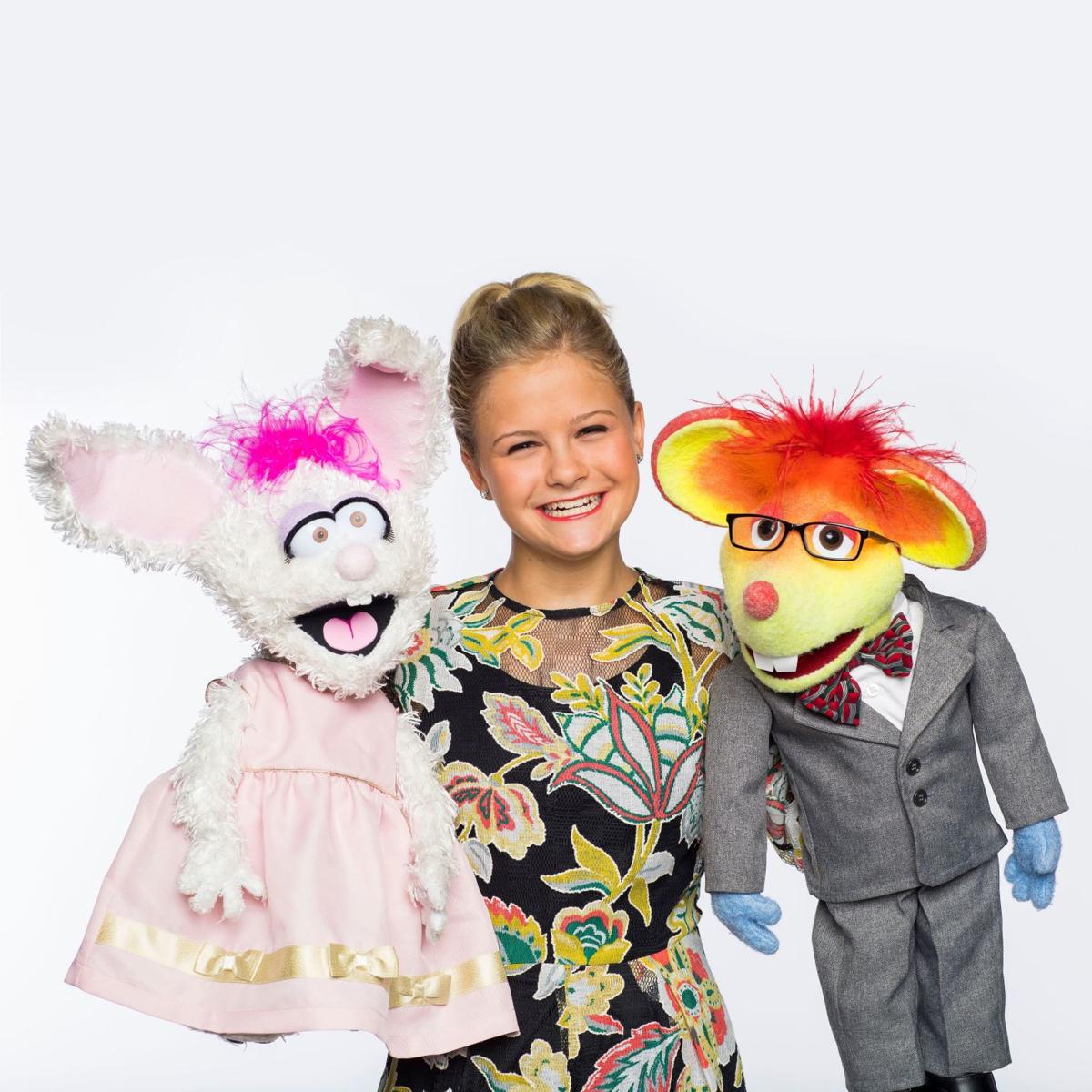 Darci Lynne Farmer with Petunia and Oscar. The "America's Got Talent" winner will perform at the Porter County Fair. 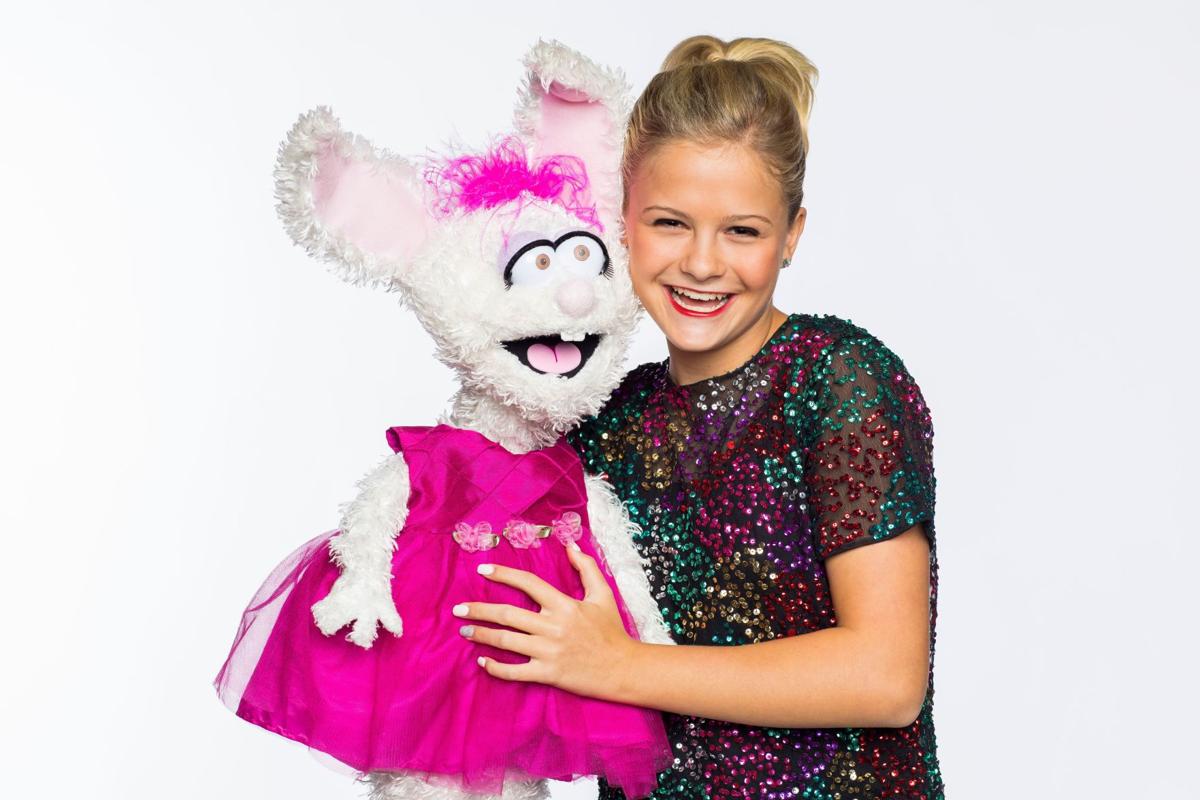 Darci Lynne Farmer and Petunia. Farmer will be the first grandstand act at the Porter County Fair.

Darci Lynne Farmer with Petunia and Oscar. The "America's Got Talent" winner will perform at the Porter County Fair.

Darci Lynne Farmer and Petunia. Farmer will be the first grandstand act at the Porter County Fair.

VALPARAISO — Fourteen-year-old Darci Lynne Farmer will bring her winning talents Thursday to the Porter County Fair in the first act filling up grandstand seats during this year's fair.

If her name, voice or bright smile is familiar, it's most likely because of her television performances. Farmer won NBC’s “America’s Got Talent" in 2017, becoming the third female, the third child and the third ventriloquist to finish in first place. The video of her "Golden Buzzer" moment on the show has been viewed over 58 million times on AGT’s YouTube channel.

After her AGT win, Farmer performed across the U.S. and hosted an original TV Christmas special, earning 6.5 million viewers. Farmer kicked off 2019 by participating in the first-ever “America’s Got Talent: Champions." She was the runner up out of the top 50 contestants from 184 countries.

Her "Fresh Out of the Box Tour" started with a performance July 12 in Oregon before heading to its second stop at the Porter County Fair. Farmer lives in Oklahoma City and said she never expected her AGT performances would gain her so much national attention.

"I'd been performing in little pageants when I was younger, so that was my form of big show business, and I never thought winning AGT would bring me to all of this," Farmer said.

Farmer was shy as a child, and her parents, Clarke and Misty Farmer, encouraged her to overcome it through pageants. At one pageant, she discovered a passion that would change her career entirely.

"I actually met a girl who did (ventriloquy) around the age of 10 and I was just mesmerized, I remember being so amazed by how she did it," Farmer said. "I just really wanted to try it, so I taught myself in my bathroom mirror."

She begged her parents for a puppet, and she received her first one on her 10th birthday. Farmer said the talent is "very unique" and that's why she does it, as "it's so different than everyone else."

"When I first tried (ventriloquy), I wasn't amazing," Farmer said. "I was actually pretty decent for my first time, and then I just got better and better over time as I started teaching myself the basics."

Farmer has several characters featured in her show: A rabbit named Petunia, a mouse called Oscar, the old lady Edna Doorknocker and the yodeling cowgirl Katie.

"I feel like maybe all of them have a piece of my personality," Farmer said. "But some of them are pretty crazy and I'm like 'I would never do that.'"

Farmer practices her skills almost every day, but she says the skill of ventriloquy is very difficult to accomplish.

"I think everything about it really is hard," Farmer said. "Talking, there are so many words you really use your mouth to say. And I can't open my mouth to do that, so I had to figure out a way around it. And singing, on the other hand, is so complicated and doing it with your mouth closed is extremely hard. But it's really fun, I love it."

Farmer said performing is a passion of hers and when she performs and hears the laughs, it means "that I've definitely done my job as a person."

"I feel like whenever I perform if they're clapping, then they're having a great time and I know I've done what I came here to do," Farmer said.

Her shows feature "lots and lots of great music" and are family friendly.

Farmer will be heading into high school this fall, but since she'll still be on tour, she said she will trying out homeschooling, which will be new to her. She's overcome her shyness through performing, but there are still some nerves to get over.

"I do get really nervous on TV," Farmer said. "On TV, I feel like I'm terrified like I'm going to puke. But on tour, I've gotten so used to it and there are not as many people as AGT."

In her performances, Farmer sings country, bluegrass and everything in between. She says her favorite genre is pop, and she would love to write her own music one day.

"I think it's such a cool thing to be able to do," Farmer said. "I think for me to able to do that, or at least try or attempt, is definitely a future goal of mine."

She loves meeting her fans and said they ask her often on how she got to where she is.

"My advice to those who would want to start getting into the show business industry and everything and performing ... don't be discouraged by those who probably can't do it," Farmer said. "You are 100% capable. If you work hard, really hard, then you will achieve your dreams."

'Live a little' at the Porter County Fair

PORTAGE — At the age of 22, Everett Gasper signed up for World War II with the U.S. Army.

Want a summary of today's news? Sign up for daily headlines.