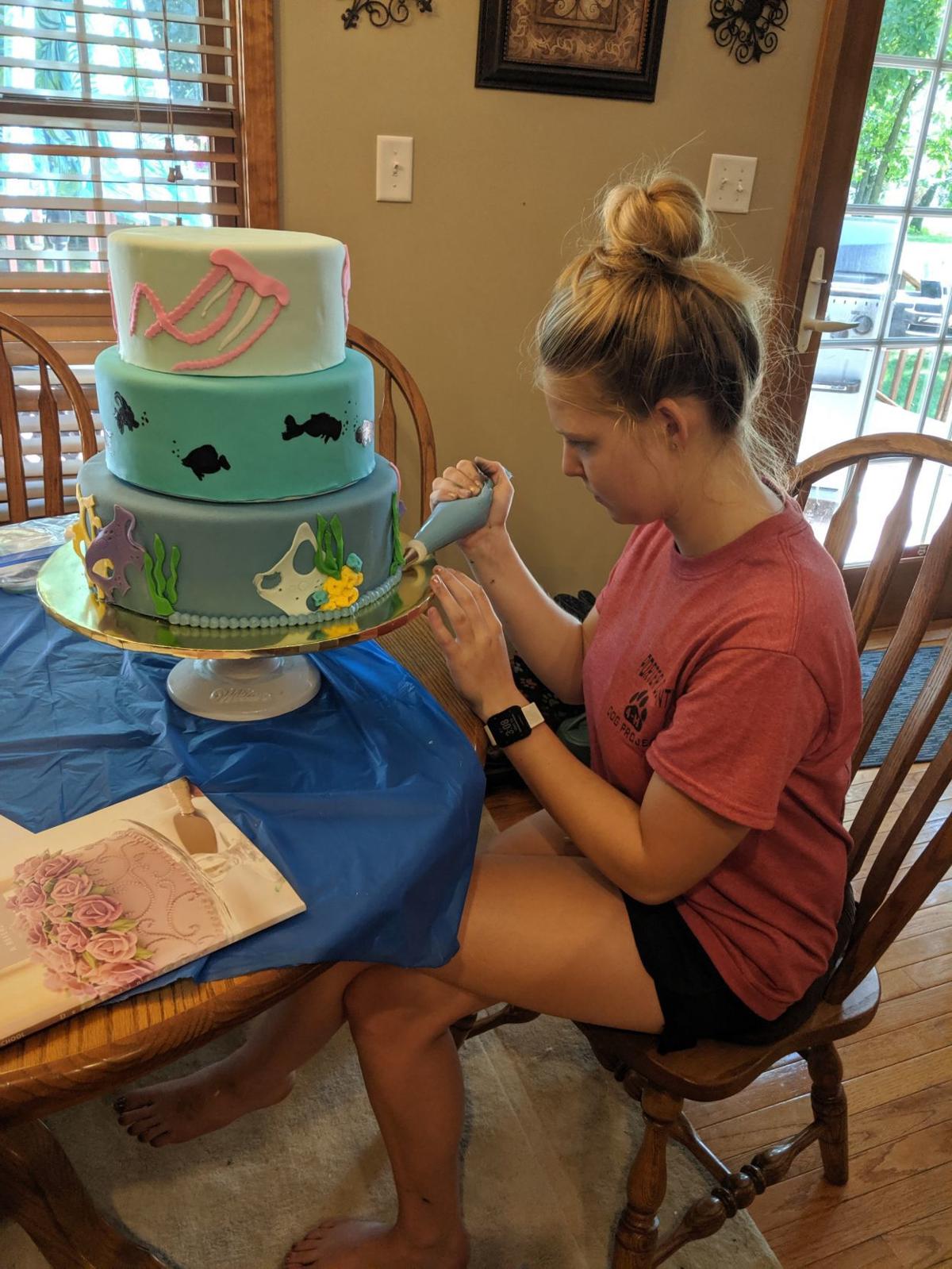 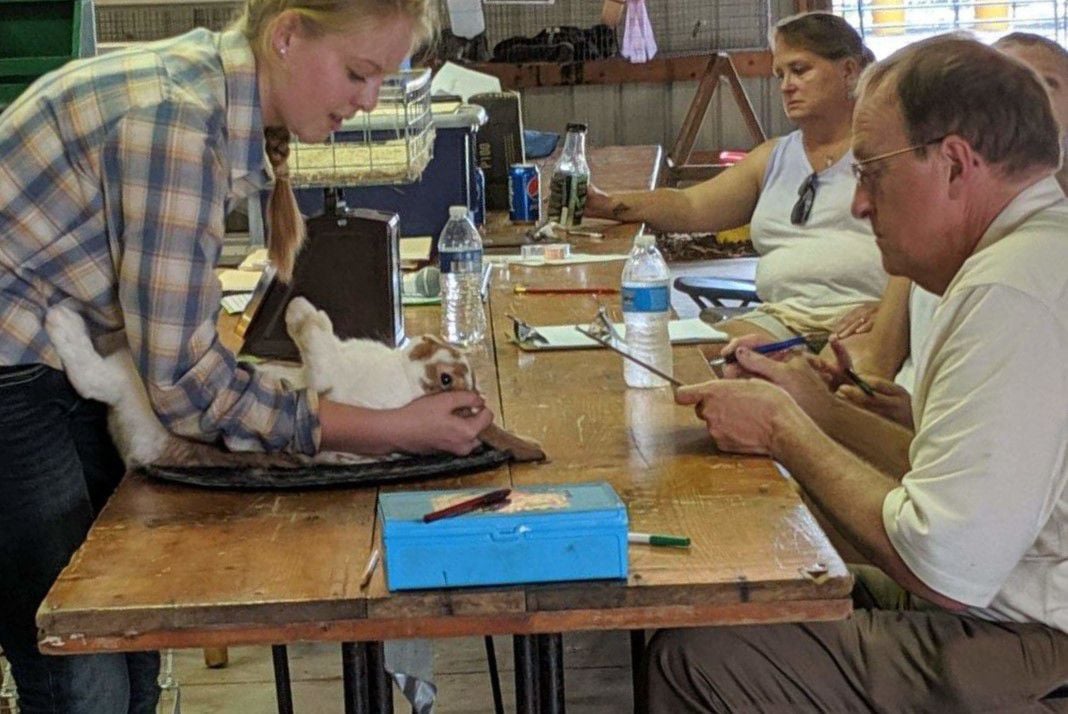 Shelby Whittaker enters her rabbit in a competition at the Porter County Fair.

MORGAN TWP. — Shelby Whittaker headed to the Porter County Fair, toting all the projects she has worked on over the past year.

Whittaker, 16, has been involved with 4-H since third grade in the Morgan Hustling Hoosiers.

Whittaker first got involved with the program after hearing about it from a member of her church. She worked on six projects her first year in the group.

"I didn't really know what it was at first and once I started, it opened me up," said Whittaker, who is an upcoming junior at Morgan Township High School. "I really enjoyed it and loved the different variety and all the different people to continue to meet."

Her interests in the projects stemmed from her mother's hobby of cake decorating to her own future goal of studying veterinary medicine, or a similar job in animal science, to bonding with her father over the model car project.

Whittaker said she was "pretty outspoken" as a child, but took up demonstrations and public speaking projects anyway because of encouragement from her mother and club leader.

"I'm so glad I did. That's probably one of my favorite projects I do just because it's really helped me with preparing presentations and speaking to people," Whittaker said. "It really is a necessity as a life skill."

Whittaker works with her dog, Sammy, year-round. Other projects, like poster boards, are sit-down-and-put-them-together-type projects, she said. Whittaker added she has learned to manage her time because of her project load.

"Sometimes, I feel like I procrastinate a little bit, but it's really helped me to plan ahead and understand what I need to do now and focus in on one thing," Whittaker said.

"I definitely think 4-H gives you the chance for responsibility," Whittaker said. "Whether you are taking care of an animal or doing a project ... you really have to work hard and become responsible for that living thing or that project."

Whittaker is also involved in several clubs at her high school, including being student council president. She said 4-H inspires others to run for positions they might have been too shy to take up. She's encountered students not in 4-H who wonder, "how they can get these opportunities" that she's had to travel and meet others.

Whittaker is the president of her 4-H club, upcoming president for junior leaders and an achievement ambassador for this year's fair.

"I've done a lot through 4-H and it's given me so much as well in return," Whittaker said.

WASHINGTON TWP. — It was more than just a special day for senior citizens at the Porter County Fair on Thursday. It was a chance to be recogni…

CHESTERTON — Brooke Wilson is 18 years old, a new graduate from Chesterton High School and all set to head off to Iowa State University this fall.

WASHINGTON TWP. — Muggy temperatures nearing 90 degrees kept the crowds at bay Friday morning at the Porter County Fair, but those who sweated…

Shelby Whittaker enters her rabbit in a competition at the Porter County Fair.