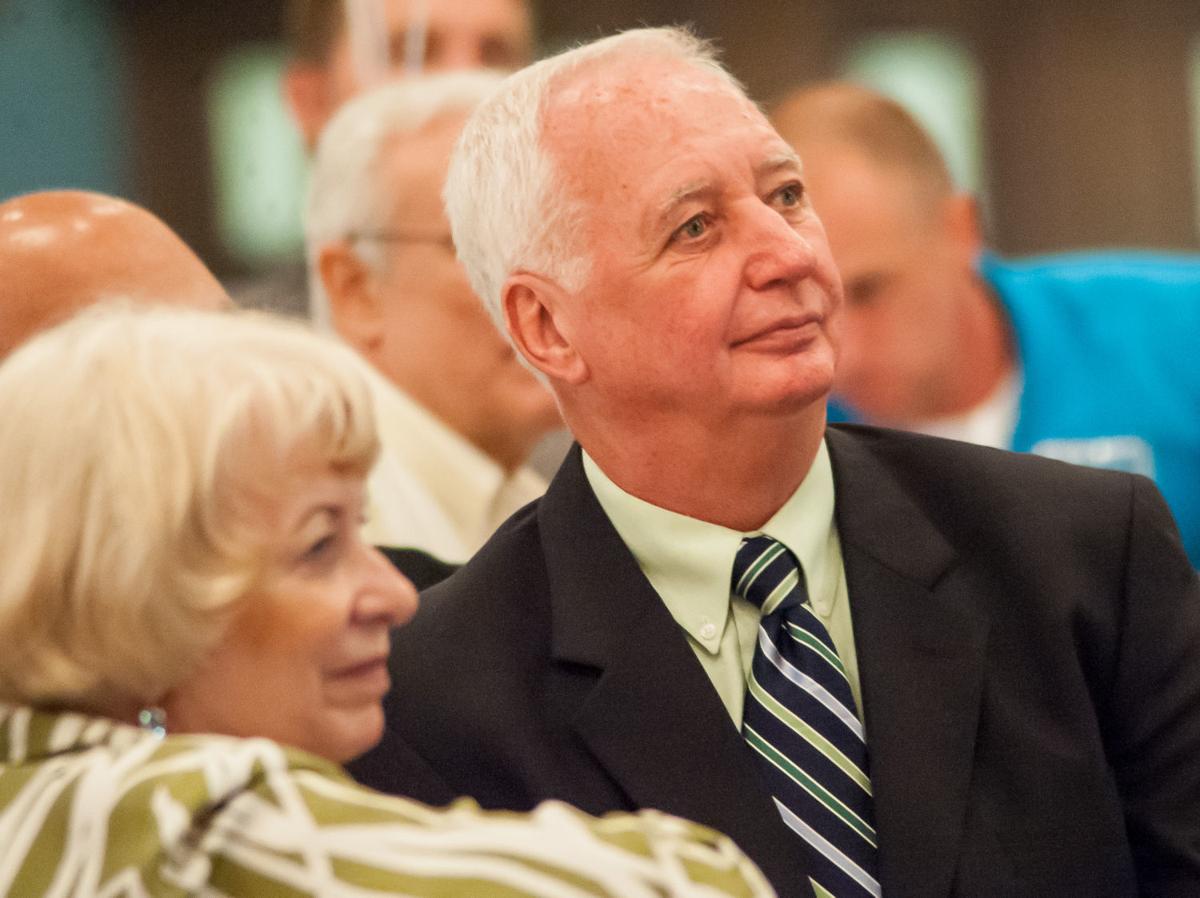 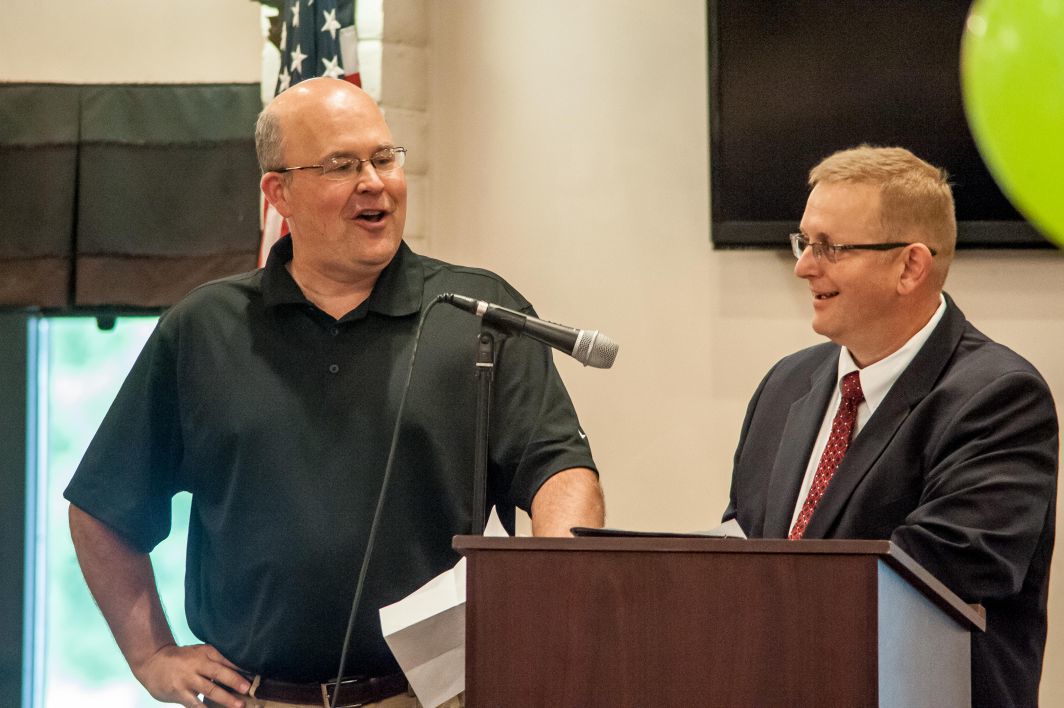 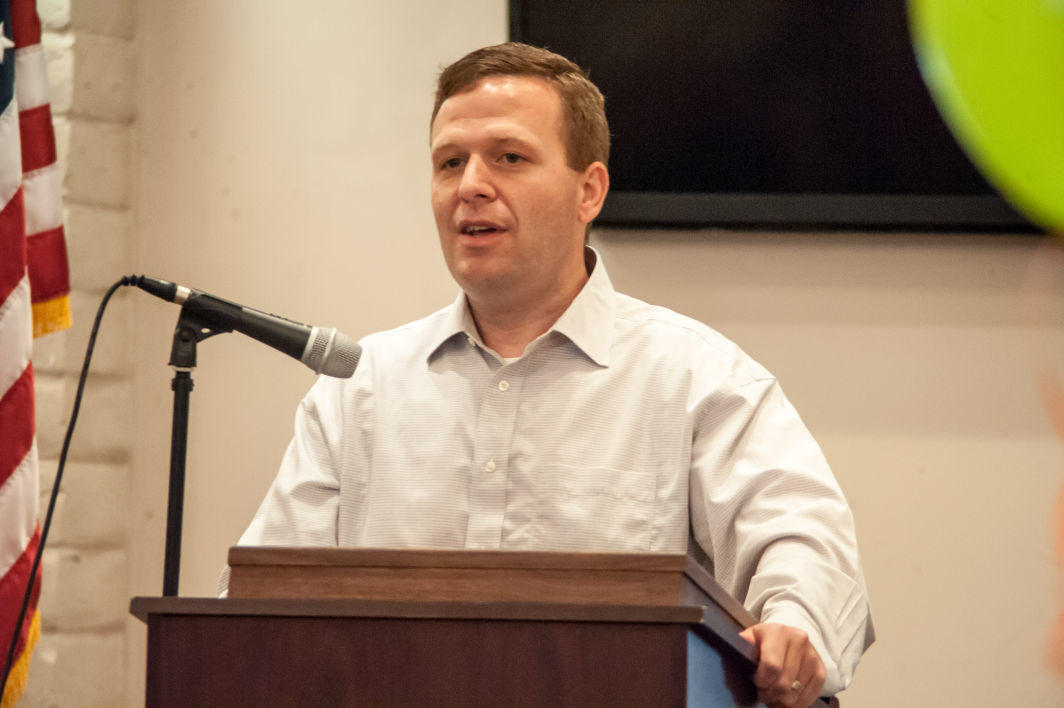 Portage Mayor James Snyder speaks about Terry Hufford before handing him a key to the city. 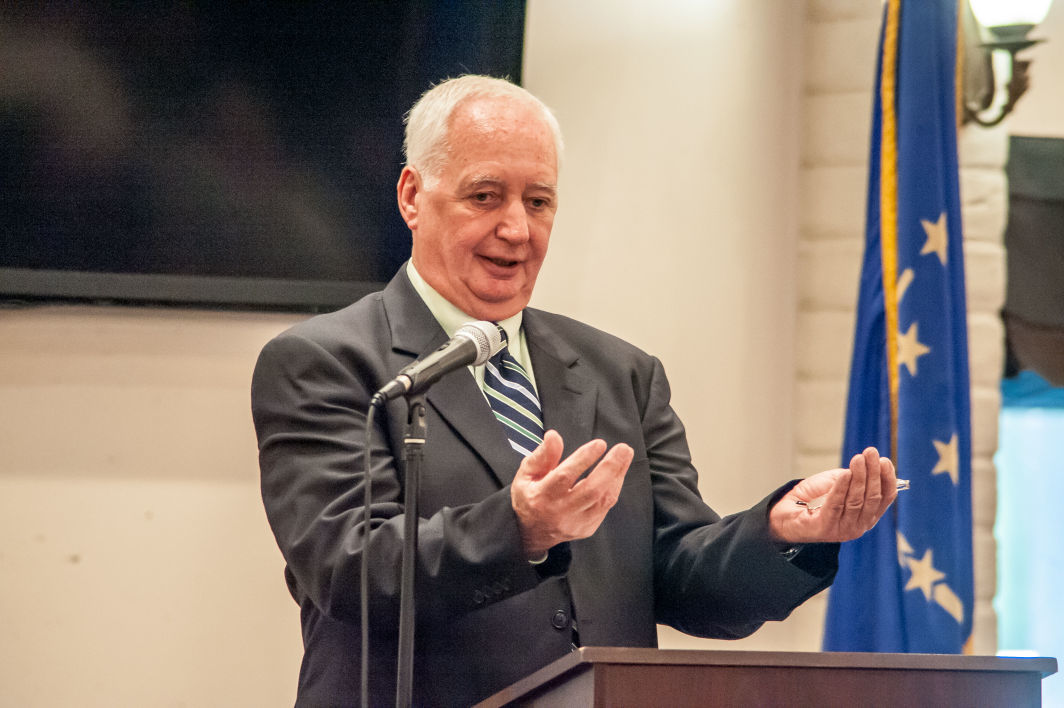 Terry Hufford speaks before the crowd at his retirement roast luncheon Thursday afternoon.

PORTAGE | Terry Hufford ended his tenure as executive director of the Greater Portage Chamber of Commerce on Thursday the way he has lived his life, said those who honored him.

That was with humor, with humility and with gratitude.

Hufford served as the chamber's executive director for 12 years. He also served 23 years on the Portage Township School Board and chaired events ranging from the Portage Relay for Life to the Nativity of Our Savior annual church carnival.

"No one ever served this city or was more passionate about the city of Portage than Terry," said Dave Kasarda, a former chamber member who served with Hufford.

"I had the opportunity to roast Terry 10 years ago at a birthday party," Kasarda said, then turning to Hufford, "What was it, your 75th?"

"Those were magical years," Kasarda continued. "He's like the great-grandfather I never had."

Hufford was lauded by several people in attendance at the luncheon held at Woodland Park.

Snyder lauded him for his commitment to education and how that commitment made the school district an incentive for businesses to make Portage their home.

"He improved the quality of life for Portage Township residents," said Clancy. "He exemplified what a true public servant should be."

Hufford, whose wife Sandy and three of his four children surprised him by attending the luncheon, said he was overwhelmed with the words.

"I appreciate  every kind word that has been given," Hufford told the crowd, saying he was "ready and excited" to retire.

Hufford said he didn't want to dwell on accomplishments, but wanted to instead talk about the relationships and lifelong friendships he's made during his years of work.

"It has been rewarding. There are people I would never have had the opportunity to meet," Hufford said as he named individuals who have impacted his life.

PORTAGE | Lou Gagliardi is taking on two roles, both aimed at improving business in the city.

Feeding 'our kids' and farewells in Portage

Portage Mayor James Snyder speaks about Terry Hufford before handing him a key to the city.

Terry Hufford speaks before the crowd at his retirement roast luncheon Thursday afternoon.