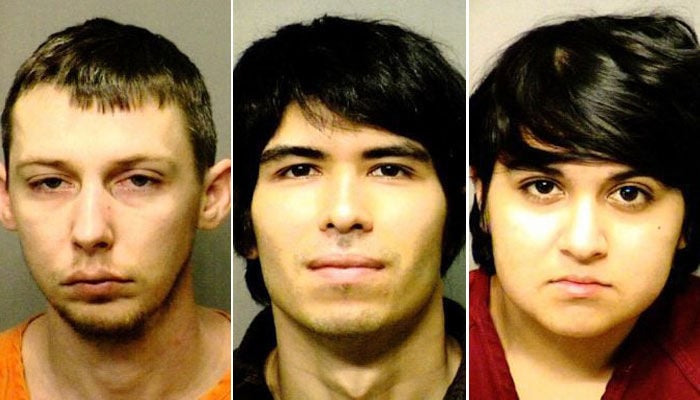 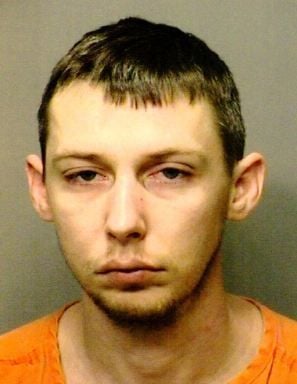 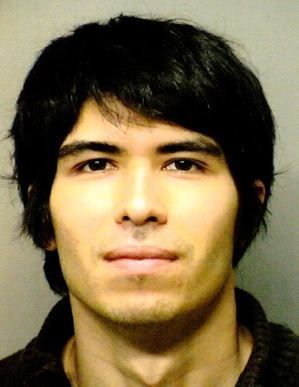 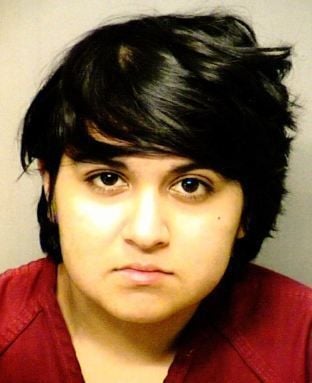 PORTAGE — Three people have been arrested and charged in connection with Monday night's armed robbery of a local gas station and a burglary of a home here Tuesday night.

Nikita Santos, 24, of Lake Station, Roy Castro, 25, of Portage Township, and Brent Rains, 30, of Portage, were arrested late Tuesday night by Portage police following a home burglary in the 5700 block of Springfield.

The three also confessed to the Monday night armed robbery of the Marathon gas station, 6262 U.S. 6, and to attempted arm robberies Tuesday afternoon in Beverly Shores and Lake Station, according to Portage police.

Just before 9:30 p.m. Tuesday, Master Patrolman Brian Graves made a traffic stop on a van matching the description of a vehicle involved in the earlier robberies in the area of Central Avenue and Dombey Road.

Santos, Castro and Rains were in the van. Police confirmed Castro was wanted on a warrant through the Porter County Sheriff's Department for theft. He was initially taken into custody. He also gave police permission to search the van. Graves spotted a large knife there.

All three were transported to the Portage police station for questioning. The van also was taken to the police garage.

Police also reportedly found several items in the van allegedly taken in the home burglary that was reported Tuesday night by residents of a home in the 5700 block of Springfield Avenue.

The three were questioned by Detective Joe Mokol and allegedly confessed to the robberies and some burglaries in Portage, according to police.

The resident of Springfield Avenue called police shortly after 10 p.m. Tuesday to report her home had been burglarized while she was at work. The suspects had apparently entered through a kitchen window and took several items including a Sony Playstation 4, games, DVDs, a fireproof safe, ring and laundry hamper.

All three were transported to Porter County Jail. Charges on the armed robberies in Beverly Shores and Lake Station are pending by those jurisdictions.

PORTAGE — A resident of the 5600 block of Fitz Avenue reported to police Friday afternoon that her home had been burglarized.

PORTAGE — Application packets for probationary patrol officer with the Portage Police Department will be available from 7 a.m. Feb. 1 through …

Portage crime continues to decline in 2015

PORTAGE — For the fourth consecutive year, crime was reduced in the city during 2015.

PORTER TOWNSHIP — Two men were arrested Wednesday afternoon after police said they broke into a home and encountered a homeowner with a gun.

Portage will move to eminant domain for park landrk

PORTAGE — Three men were arrested Saturday afternoon after leading police on a high-speed chase after stealing nearly $1,200 in merchandise fr…