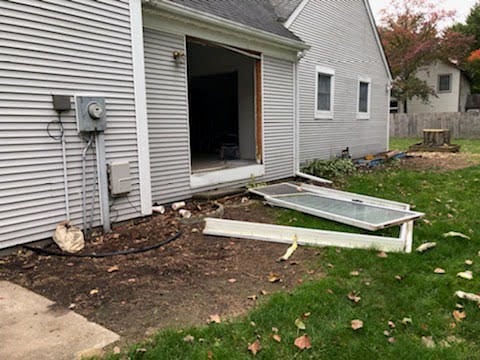 The explosion blew out glass windows and doors. 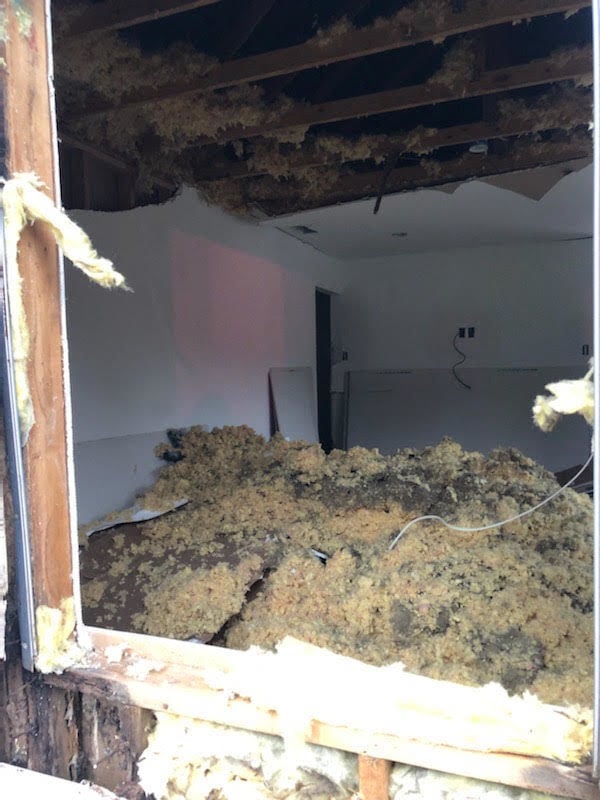 The explosion blew drywall off the ceiling and caused major damage to the structure. 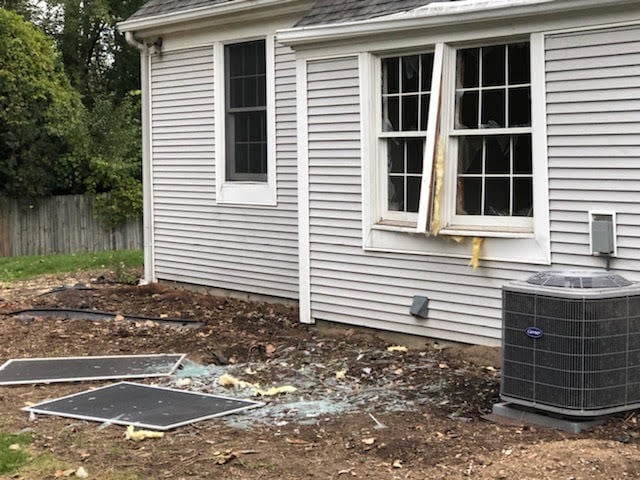 The house had extensive structural damage, including windows being blown out from the house.

VALPARAISO —  An explosion burned a homeowner's face and hands as well as blew out doors and windows at his Valparaiso house.

Firefighters found the homeowner suffering from burns on his face and hands outside his house, in which he was the only one inside. The man refused an ambulance at the scene and instead opted to seek medical treatment on his own, Schulte said.

The burn victim said he was using a hand-held torch to remodel his new house's copper plumbing when the torch blew up in his hand.

The house had extensive structural damage, Schulte said. The explosion blew drywall off the ceiling and blew out glass windows and doors. The east and west walls were pushed out from the structure. Firefighters said the man was extremely lucky to have not suffered any life-threatening injuries.

NIPSCO was called to shut off gas to the house and the damage was boarded up. Following the explosion, there were no flames.

The incident remains under investigation.

Investigators learned that the man had died from an incident that happened at the Travel Centers of America at 2510 Burr St. in Gary.

Relatives of first responders who died in the line of duty gathered for the dedication of a memorial in Wicker Park.

A Gary man was killed after suffering multiple gunshot wounds in a homicide late Friday, according to the Lake County coroner's office.

Person comes to NWI after shooting in Illinois, police say

The crime scene was littered with at least 22 bullet casings accompanied by evidence markers.

Driver ejected in rollover crash on I-65

A motorist was ejected in a rollover crash on I-65 after their vehicle left the roadway for unknown reasons early Saturday, Indiana State Police said.

The explosion blew out glass windows and doors.

The explosion blew drywall off the ceiling and caused major damage to the structure.

The house had extensive structural damage, including windows being blown out from the house.