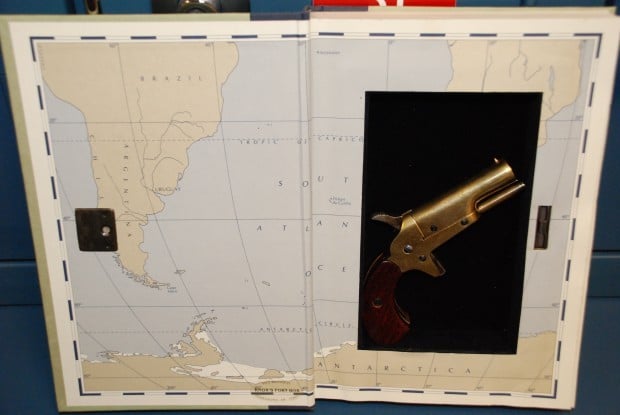 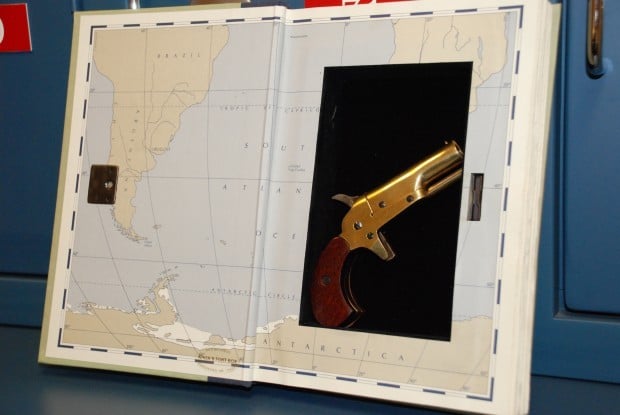 VALPARAISO | An employee at the Valparaiso branch of the Porter County Public Library made a shocking discovery this week after cracking open a donated book.

The book, which carries the title "Outerbridge Reach," was hollowed out and contained a historic-looking handgun, according to Valparaiso police.

"Somebody just opened it up and said, 'Oh my,' " said Assistant Library Director Phyllis Nelson.

Nelson said she contacted police and told them the book had been donated to the library. Thousands of books are donated each month, she said, and records are not kept, so there is no way of knowing who dropped off the book or when, she said.

Police determined the gun had not been stolen and it is being held as evidence.

Nelson said this is not the first time a gun was found in a book donated to the library. There was another incident sometime before she came on staff 12 years ago.

A 104-year-old railway car is special, but Car 300 has something almost every other car that age doesn’t have. It was a private car built for the president of Norfolk & Western’s use.

Park Board getting out of housing business

The board voted unanimously Thursday night to stop providing housing to any of its employees as a job perk.