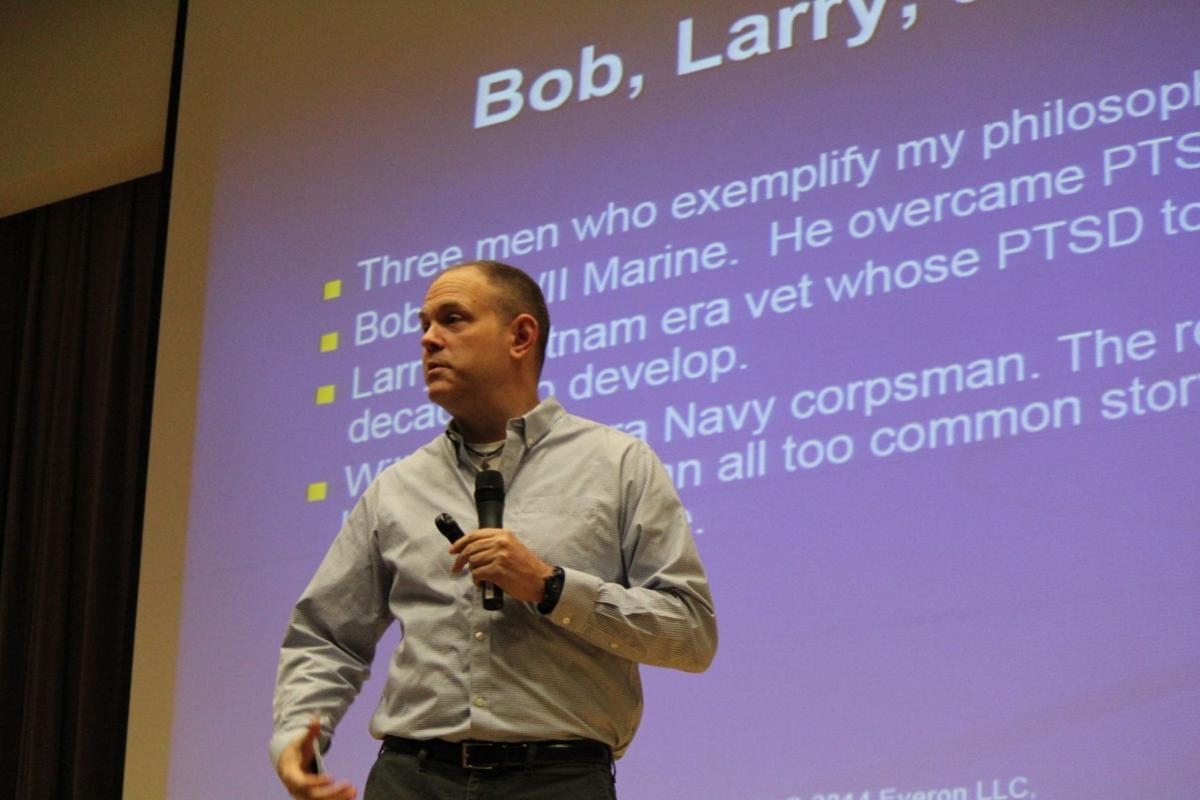 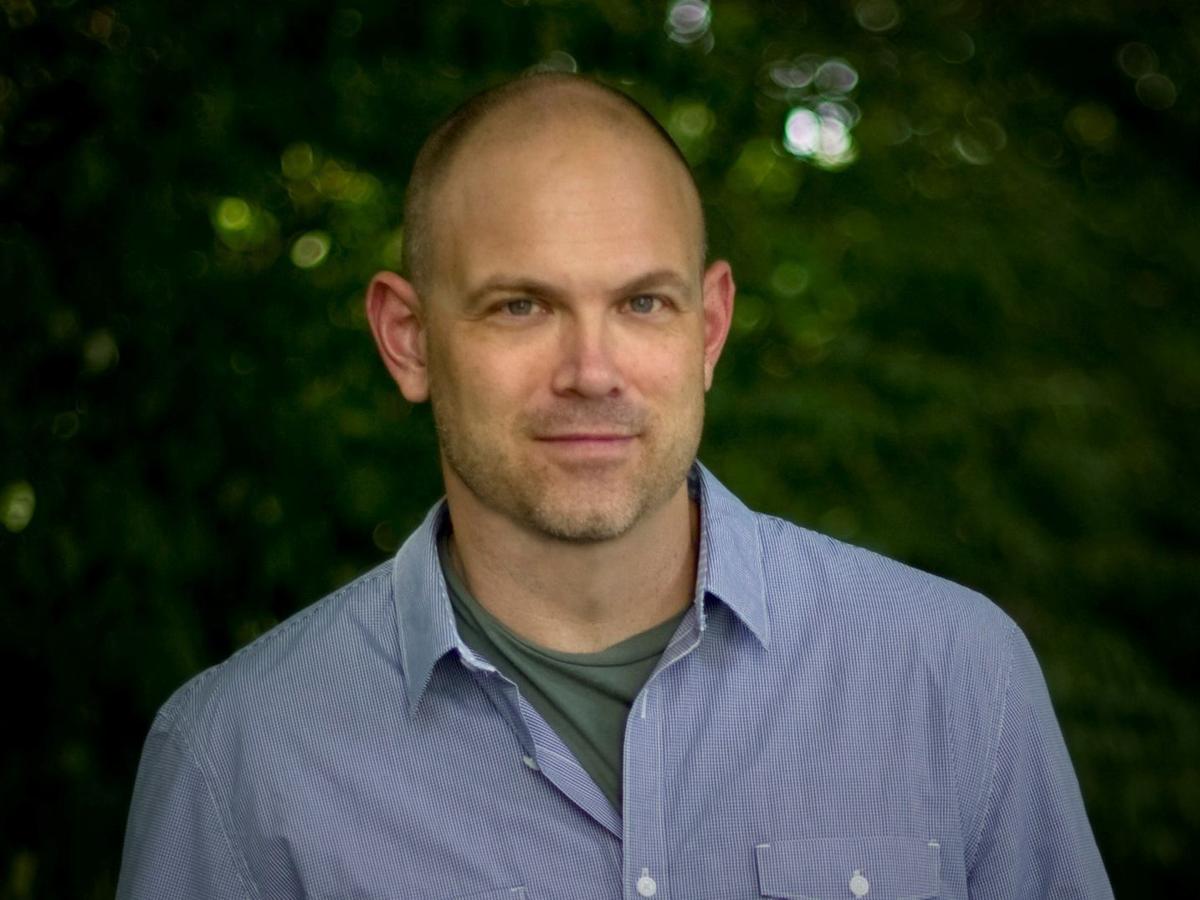 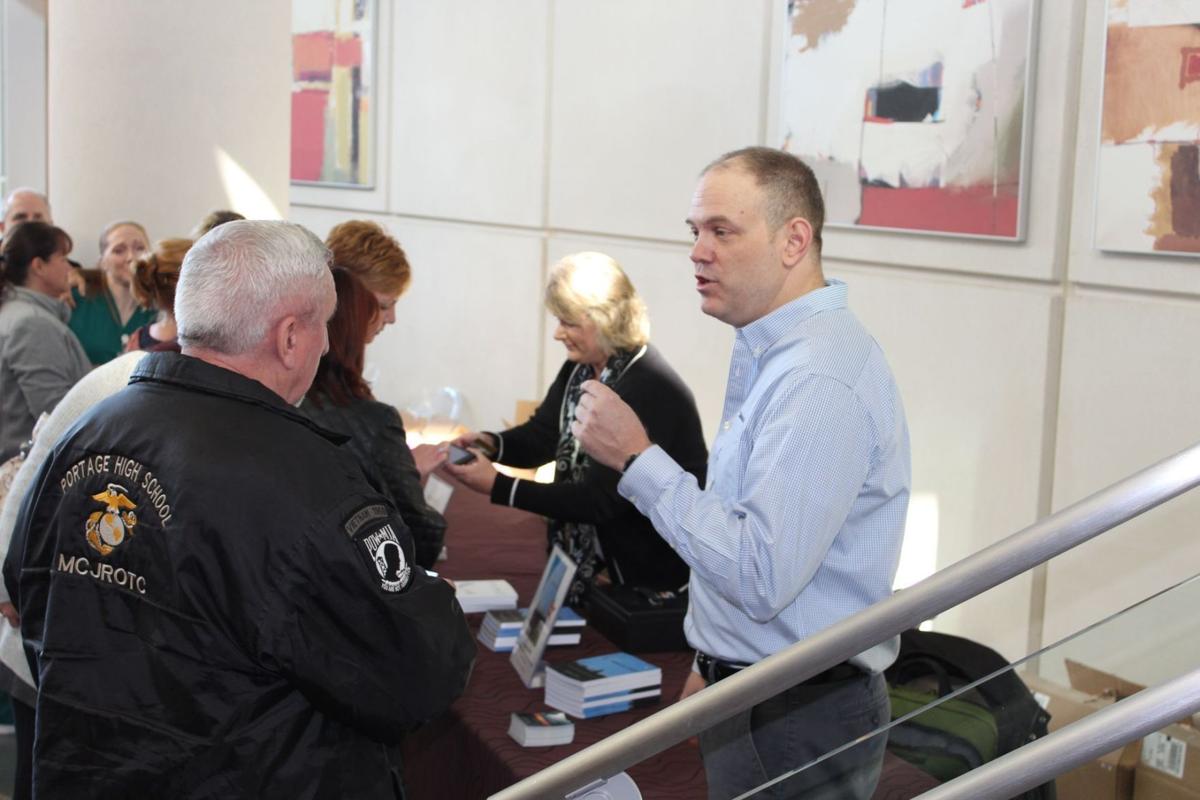 VALPARAISO | While serving as a Marine, Silouan Green fractured his spine in a jet crash that killed his co-pilot.

What followed led Green into "the hell of PTSD," including depression and suicidal impulses.

A nationally recognized veteran who grew up in LaPorte, Green shared his story of recovery from severe post-traumatic stress disorder on Veterans Day at Ivy Tech Community College.

Green shared his experience of PTSD recovery and spoke of how individuals and communities can turn the tide on the epidemic that has affected troops, their families and society.

Green said in most communities, Veterans Day means a flag ceremony and 20 minutes of talking and "see you next year."

But what about the other 364 days, he asked.

Green said nonprofits "don't play well with each-other" and it gets confusing for veterans who need assistance. He said if a veteran doesn't get to the Veterans Administration, it's not the vet's fault.

Green said he didn't get better by himself. It was an Air Force psychiatrist, his wife, his parents, his friend.

"It was the guy that taught me to play the guitar and the guy who gave me a deal on my motorcycle," he said. "That is what we've got to do for our vets and each other."

He emphasized caring for one-another.

Green said the average person with PTSD is "suffering to live."

Six months before Green met his wife, he was sleeping with a gun to his head.

"If you would have told me, 'Oh, it will be OK, just live your life,' I would have punched you in the face," Green said. "That's where I was. That's why I don't give up on anybody."

Among those attending were officers from the Hammond Police Department's crisis intervention team -- a team Green spoke to in the past.

Hammond police Lt. Steve Kellogg said the team has had several instances involving calls with people who may have had PTSD. In one case, Kellogg said they could tell the individual was suffering from it and "we weren't fully prepared with how to deal with it."

"We heard about Silouan and he came and talked to our unit," Kellogg said. "He really moved us."

Green spoke at "Overcoming Adversity Together - A Community's Conversation," which has been a two-year collaboration between Pines Village Retirement Communities, Porter County PACT and Porter-Starke Services to initiate an educational program for the community on post-traumatic stress disorder.

CHESTERTON | The gym at Chesterton Middle School was filled with veterans who were honored at the 48th annual program Wednesday afternoon.

Gallery: Region men who died in service during the Vietnam War

The Times collected these photos of Lake, Porter and LaPorte county men who died in service during the Vietnam War. The photos represent only …