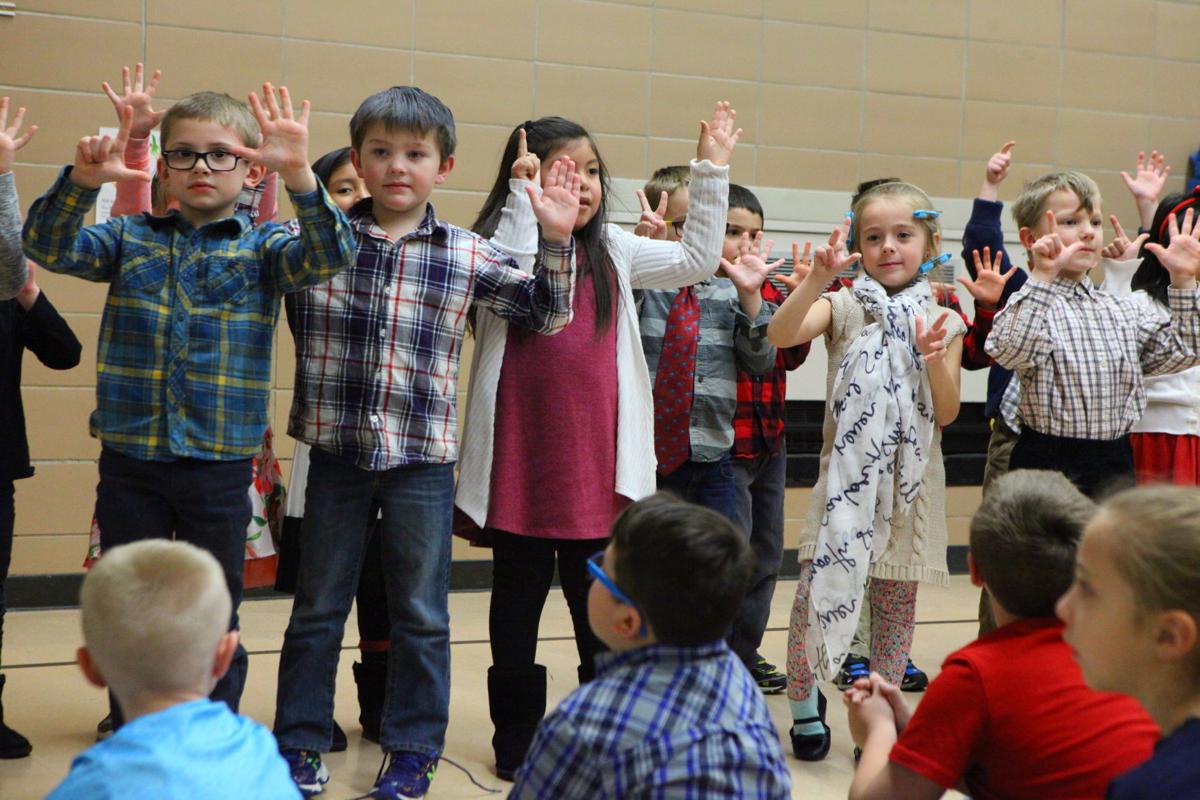 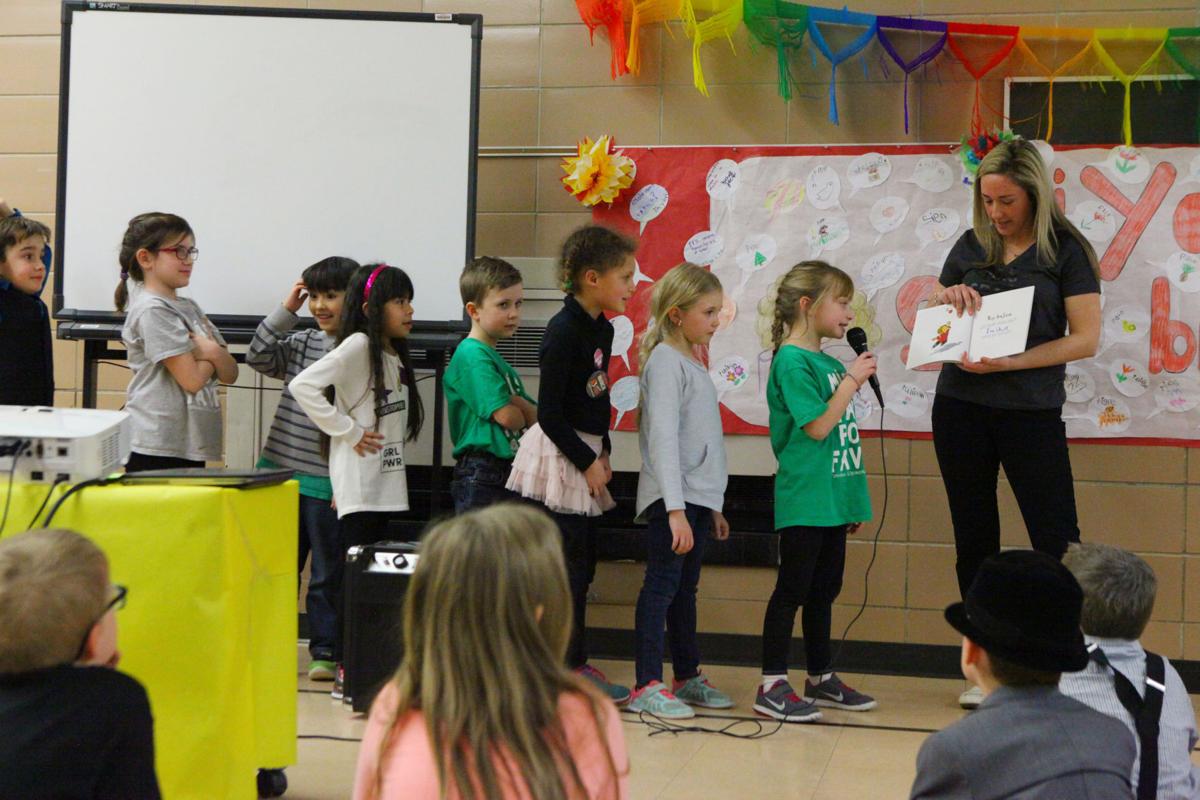 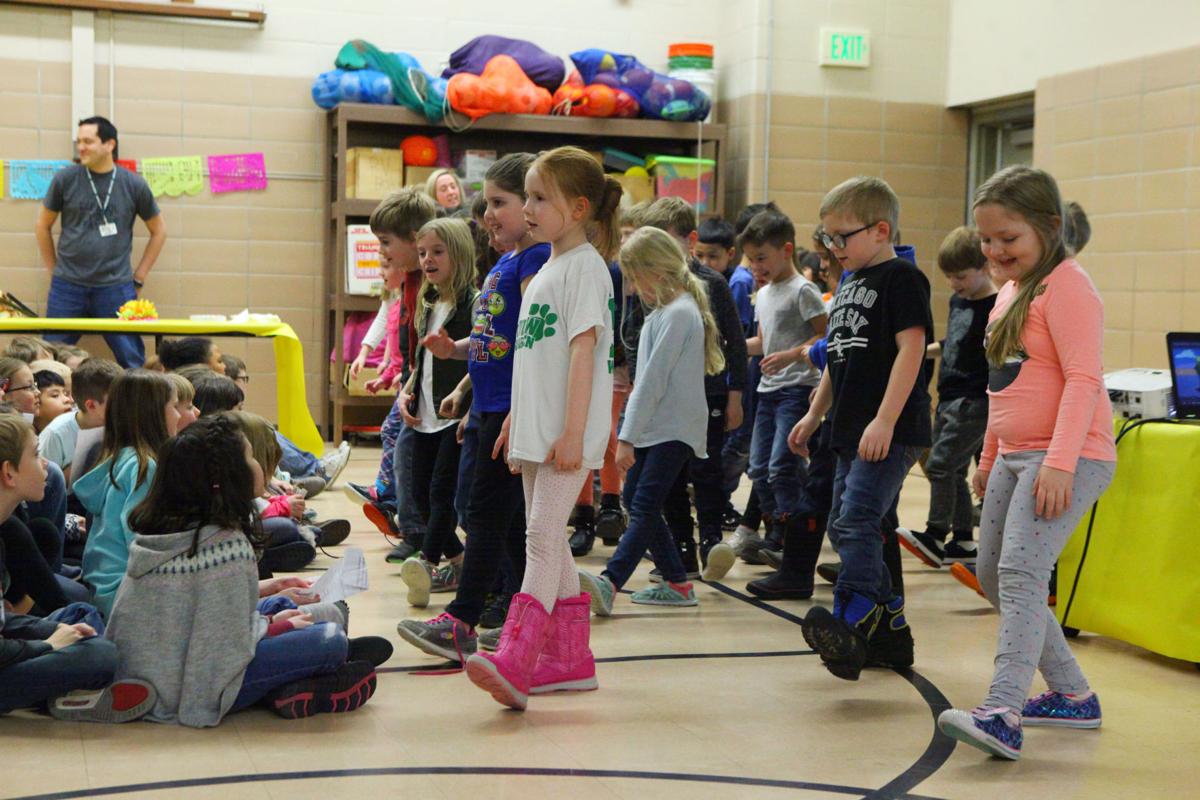 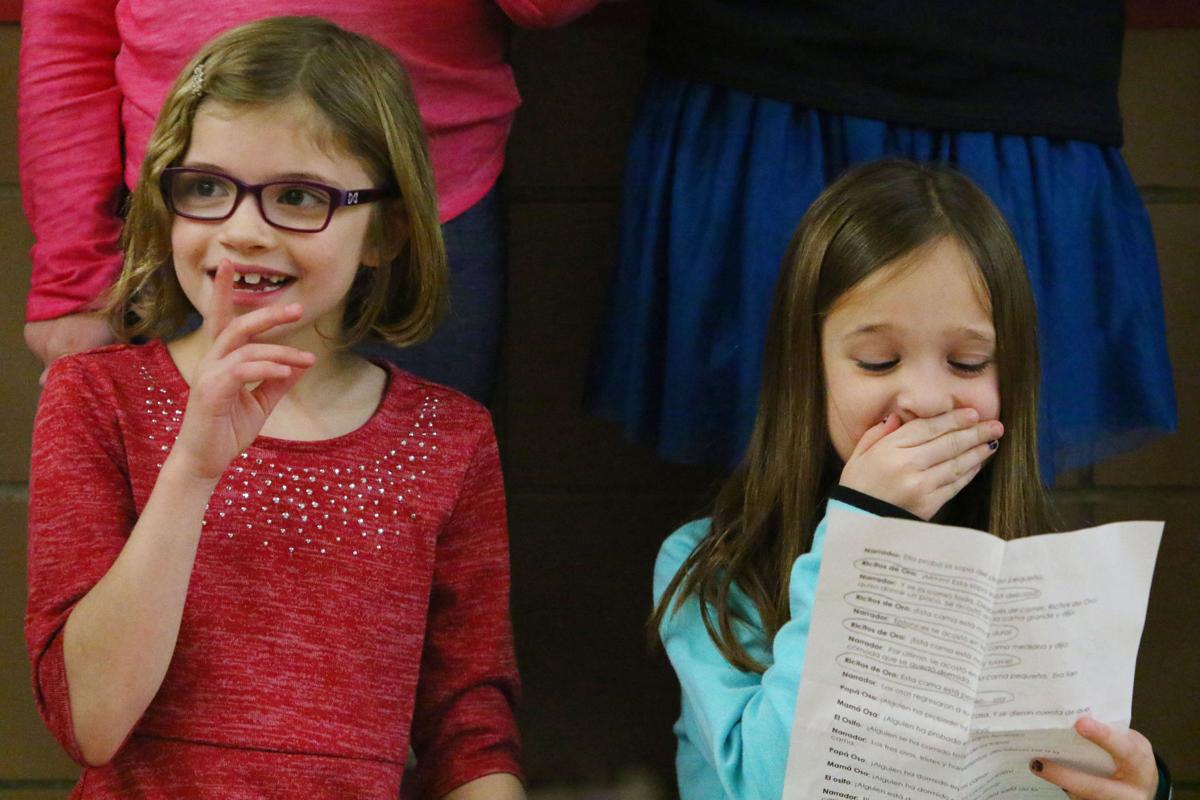 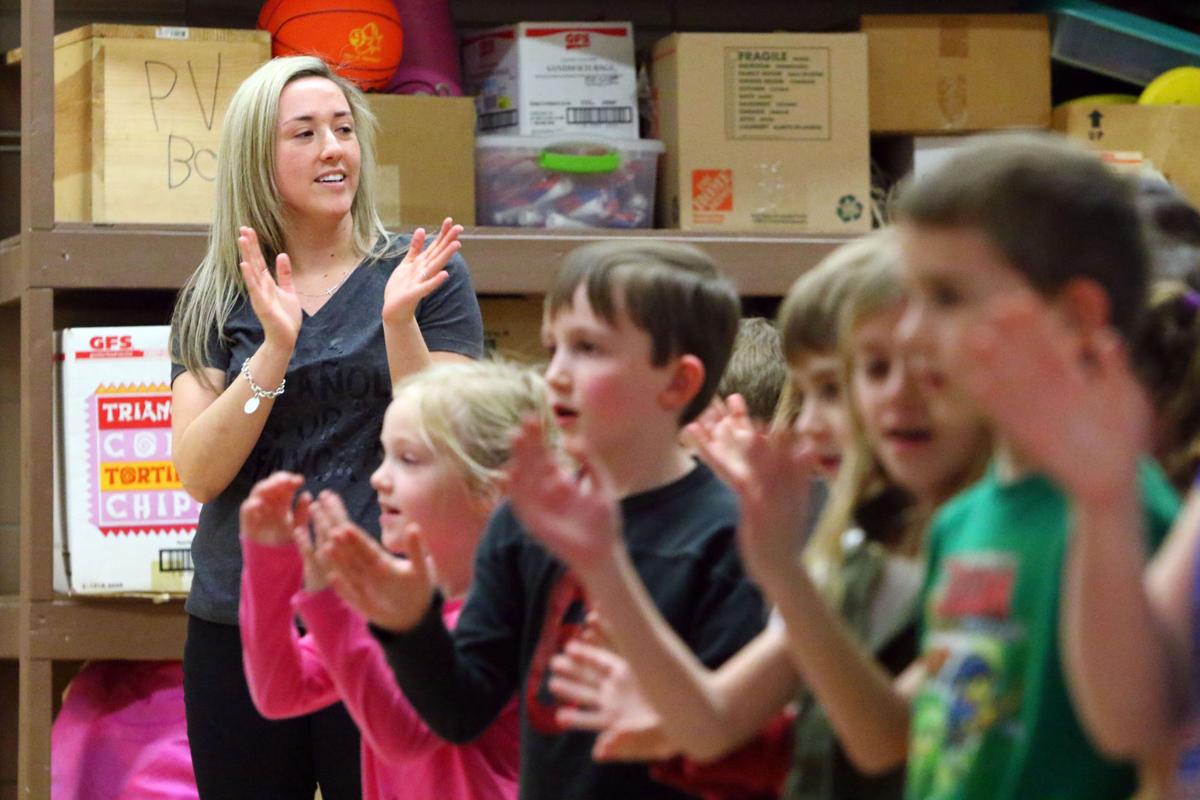 Kindergarten through second-graders showed off their abilities this week in speaking, understanding and singing Spanish during a celebration of the second anniversary of the dual language immersion program.

Principal Anne Wodetzki said the idea for the program began in spring 2015 when staff members said they wanted to do more for the students. A grant opportunity through the Indiana Department of Education became available for a dual language immersion program. The school applied and received the grant, only one of five schools in the state.

On Jan. 6, 2016, she said, the program began with 52 kindergarten students who are now in the second grade spending an hour a day learning Spanish.

The program has grown and followed those students as they moved through first and second grades.

Today, she said, students in the three grades spend half of their time, while studying all areas of curriculum, speaking Spanish.

Kindergarten teacher Kristin Nguyen said her students started by spending 20 minutes a day in the class speaking Spanish, and many are now speaking strings of seven to 10 words at a time.

On the first day of school this year, first grade teacher Amelia Mota said the class began in Spanish.

By the time the youngsters reached second grade in Carlos Gonzalez' class, they've nearly mastered the language and spend time reading, writing and studying science and math in Spanish, she said.

Wodetzki said the best time to teach youngsters a second language is birth to age 10, and they look at the program as a "window of opportunity" to teach students to be bilingual. The program will follow the students through the fifth grade.

VALPARAISO — Sometimes little ones just need a little extra time. Their success in school, a…

VALPARAISO — The new Valparaiso High School natatorium, work on which will start next spring…