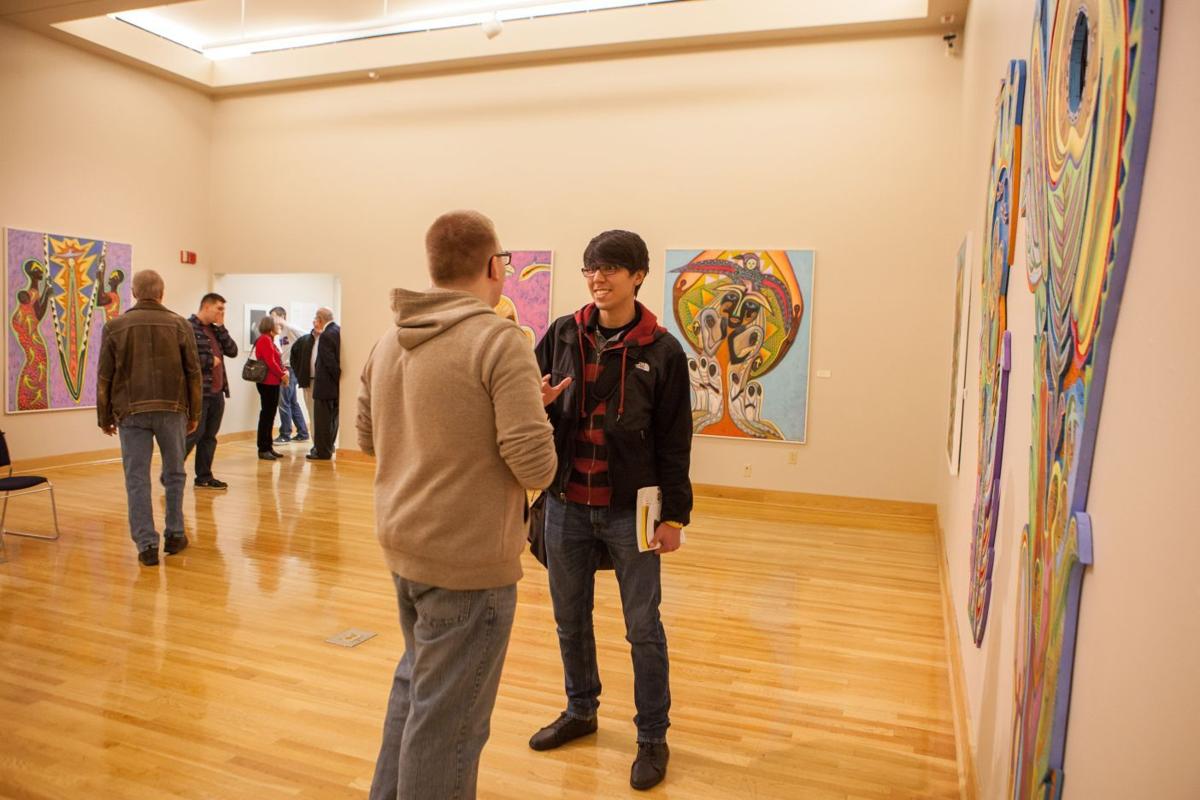 The winter exhibition at Valparaiso University's Brauer Museum kicked off with an opening reception Jan. 8. 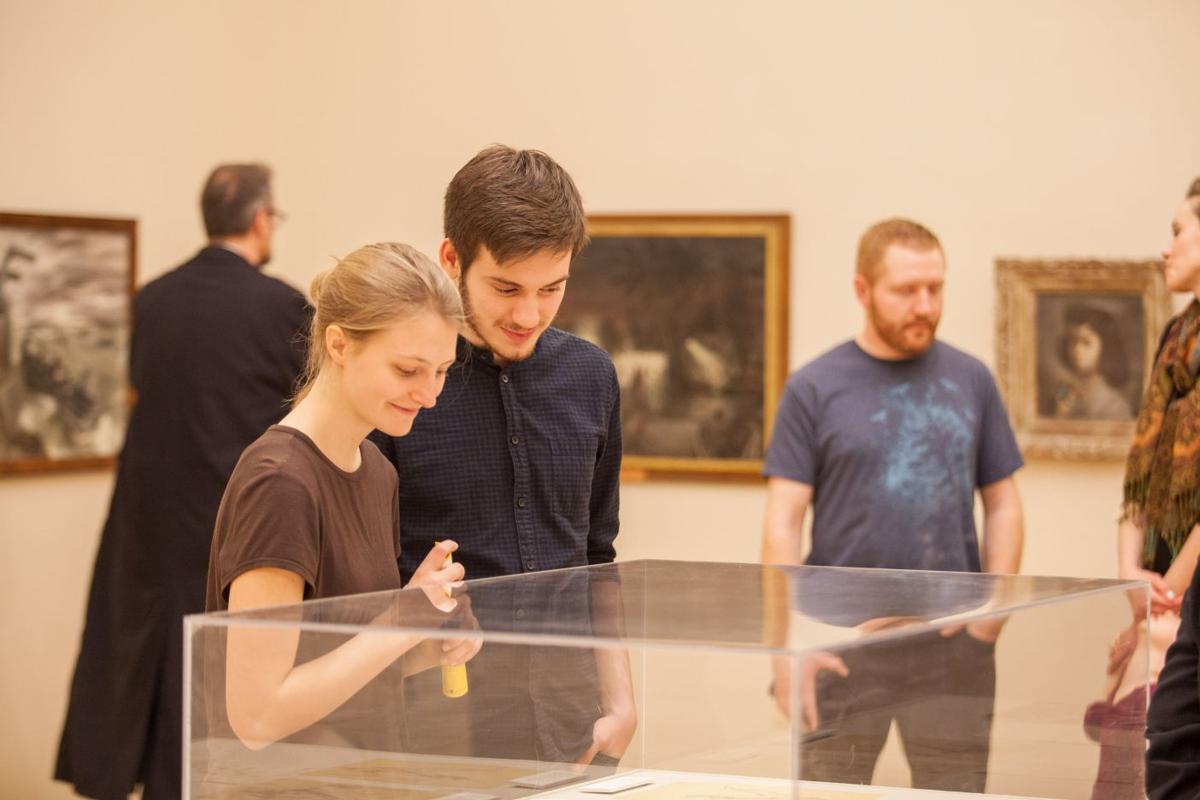 Visitors check out the winter exhibits at Brauer Museum during an opening reception Jan. 8. 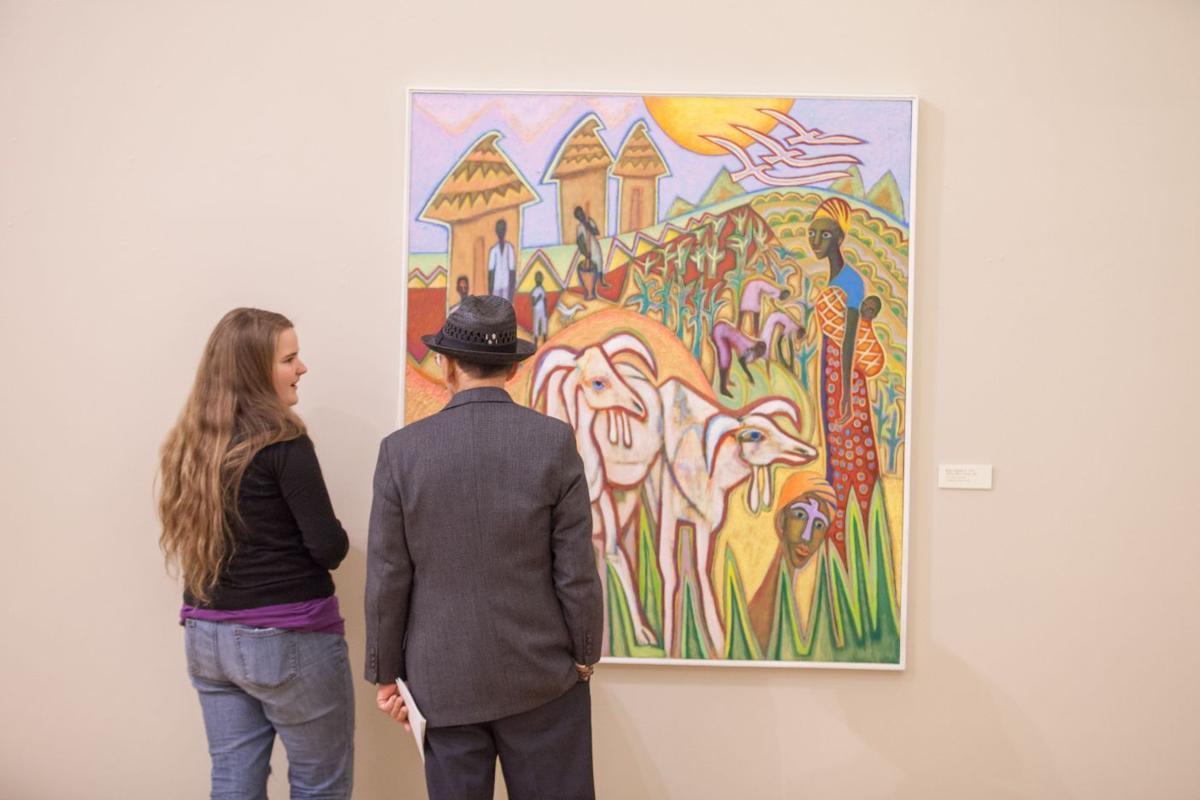 Visitors check out the winter exhibitions at the Brauer Museum at Valparaiso University.

The winter exhibition at Valparaiso University's Brauer Museum kicked off with an opening reception Jan. 8.

Visitors check out the winter exhibits at Brauer Museum during an opening reception Jan. 8.

Visitors check out the winter exhibitions at the Brauer Museum at Valparaiso University.

VALPARAISO — Prints, sculptures, paintings and other works from artists from around the world comprise the winter exhibitions at Valparaiso University's Brauer Museum.

The exhibition kicked off Jan. 8 and runs through April 3. It features artwork in a variety of media including works by a late Cuban-born artist from Michigan.

"This is an historic first, as no other museum has shown his artwork since his retrospective was presented in Ann Arbor, Michigan soon after his death in 1953," Vargas said. "Generally speaking, Lopez has been forgotten by the art mainstream."

Vargas said historians, collectors and curators are starting to show an interest in Lopez's work, including the Smithsonian Museum which recently acquired some of his paintings.

Besides his paintings depicting modern America, Lopez captured battle scenes of World War II for the U.S. military and documented the history of America in murals. He also represents the school of regionalism, depicting various industries and popular culture in Michigan.

Vargas said Lopez became one of the best recognized painters in his time, winning accolades and awards for his artwork.

"His art reflects a universal perspective that speaks of the human condition," he said.

Another exhibit, “So Small Between the Stars, So Large Against the Sky — Five Studies for a Monument: New Works by Neil Goodman," has a title based on a line by famed singer-songwriter-poet Leonard Cohen.

"Leonard Cohen's work are poems put to music," said Goodman, a professor of fine arts at Indiana University Northwest. "I hope the viewer sees my sculptures as poems put to form, that connect the viewer in ways that engage both the eye and mind and ultimately the heart. That is the highest aspiration for an artist."

"These are four separate shows all coming together at once, and I think they're just spectacular," said Gregg Hertzlieb, director and curator of Brauer Museum of Art. "I'm really excited about all of them. They offer a wide range of approaches."

In April, the Brauer Museum will display original artwork by Valparaiso University students, and in the summer it will feature "Images of the Dunes from the Brauer Museum's Permanent Collection" as well as “An Artist’s Journey: Works by the Area Artists Association of Michigan City.”

Throughout the season Brauer Museum will host coffee hours and gallery talks with artists, curators and art collectors. The film/lecture series “Thursday Night Noir” returns Jan. 21 to offer film screenings and discussions that will explore the classic film genre.

Gomez retrospective on display in Hessville

VALPARAISO — Thursday Night Noir has returned to the Brauer Museum of Art at Valparaiso University.

VALPARAISO — Amanda Bagwell is unable to see, but she has a clear vision of what she wants to do with her life.