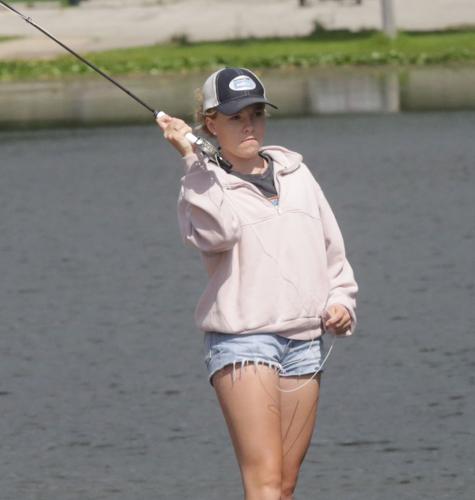 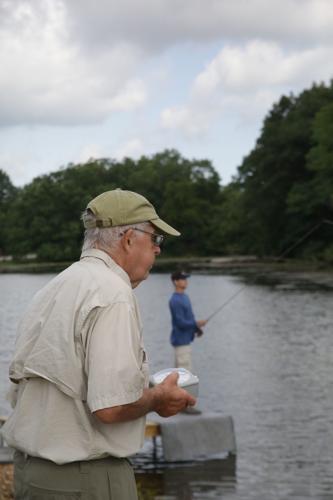 John Seroczynski, of Valparaiso, is one of the judges during the competition. 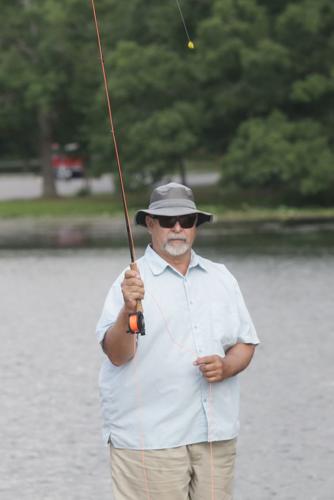 Steve Rajeff, of Battleground, Washington, is one of the top casters in the sport. 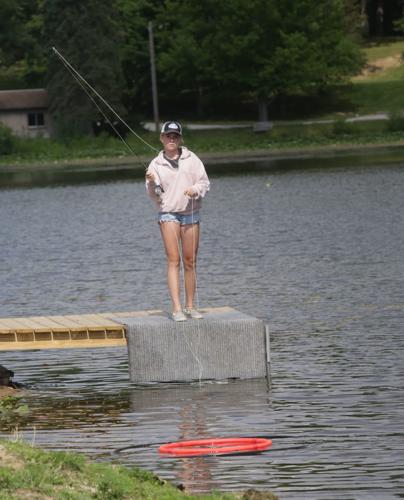 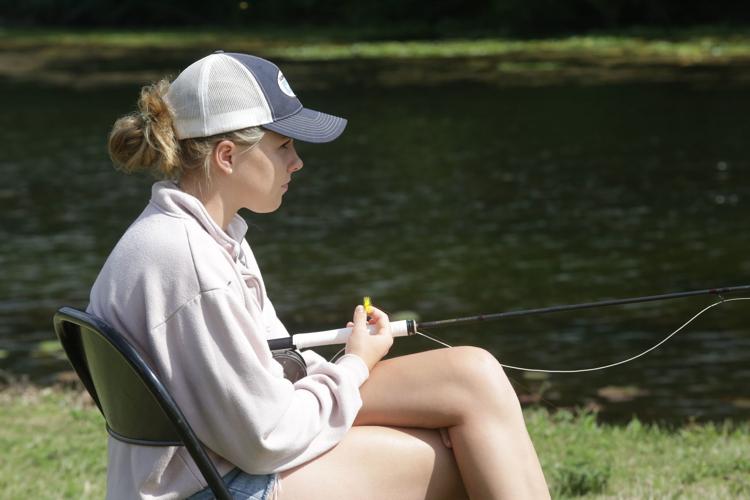 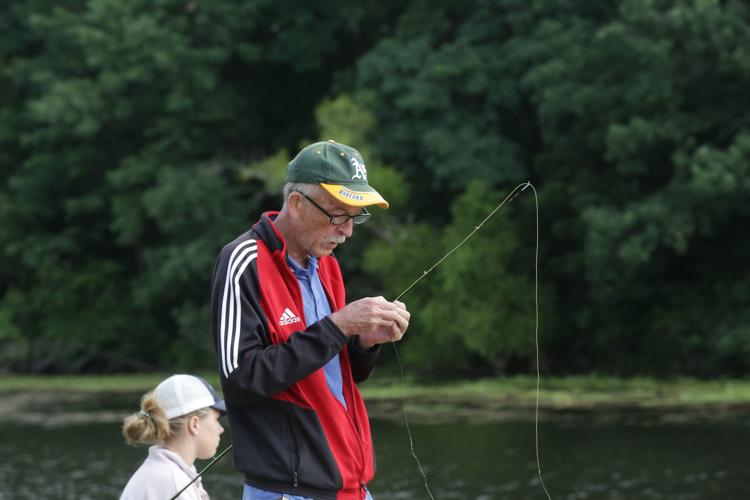 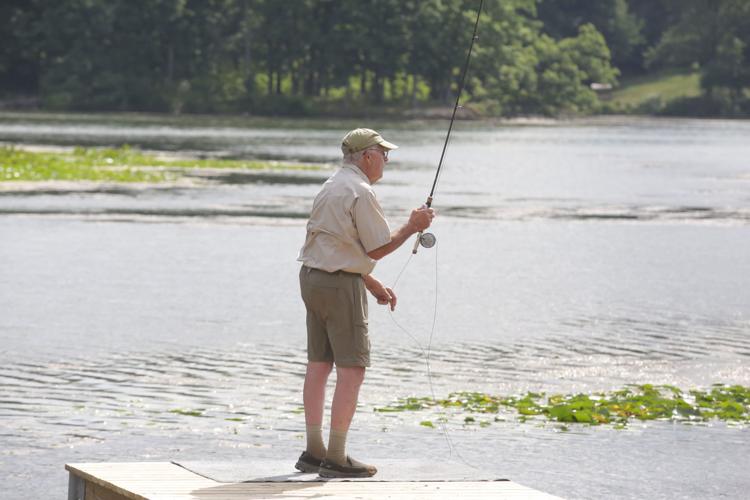 John Seroczynski, of Valparaiso, takes his turn in the competition last week. 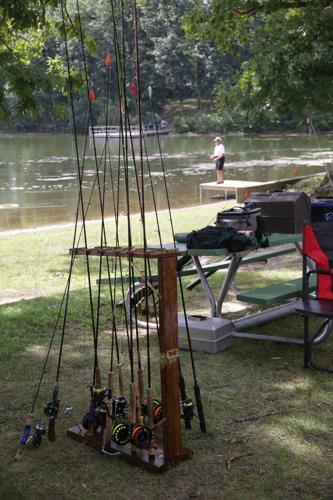 VALPARAISO — Standing on the shore of Loomis Lake within Rogers-Lakewood Park a man flicked his fishing rod, barely extending his arm.

The bright orange line streamed over his head and behind him before whipping forward and the plug plopping near a hoop. Over and over, he and some 40 others cast their fly fishing lines into the lake last week, smoothly and seemingly effortlessly.

They were participating in the American Casting Association's National Championship. The 110th national competition was hosted by the newly formed Valparaiso Casting Club.

"This sport doesn't discriminate. Our sport is open to anybody," said Pat McFadden of Lexington, Kentucky, a member of the ACA's Hall of Fame and All-American Team.

McFadden said when he was younger, his size and athleticism didn't suit him for baseball or football, but he grew up watching his dad cast a line.

"I've been doing this for 41 years," he said, adding it has been his passion.

"You want to achieve your personal best and you want to do better and better," he said.

Maxine McCormick, at 14, is already besting men and women much older and more experienced in the sport. At 12, she won the world championship in accuracy in Estonia. Next month she'll be competing in the worlds in England.

"Just hitting a target is exciting," said the teen from Portland, Oregon. "It's a special feeling when you know you did good."

Her coach, and fellow casting competitor Chris Korich, of Oakland, California, said McCormick is the youngest world champion in any sport.

The sport of casting, said Korich, is as old as baseball, dating back to 1862. The Chicago Casting Club was formed in 1892 and the first championship was held during the World's Fair in Chicago in 1893. It was considered a "gentleman's sport," he said, conducted initially by men in suits and top hats.

It evolved to help people learn to fish better, said Korich, who began hanging around casting pools at a park when he was 9 or 10.

"It is challenging to perfect your skills. It is an amazing feeling when you hurl something well," he said.

John Seroczynski, founder of the Valparaiso club, president of the Chicago club and hall of famer, has been casting since he was 9. He's now 75.

"I liked fishing, but I loved the tournament casting because of the competition," he said, adding people involved in the sport are "second to none."

McFadden said over the four days of the national championship, which ended Saturday, competitors cast in 12 events, six with fly fishing rods and six with plugs. There are three distance and three accuracy events within each category. Judges watch as the contestants cast their lines, taking measurements and scoring points.

Participants also said a draw to the sport is its people and the feeling that, while competitors, they are family as well.

"There aren't many secrets held close to your heart here. They open it up and share," said McFadden, adding that not only do competitors share tips, but often share equipment.

"People involved are really sportsmen," Korich said. "It is the camaraderie, the sharing of knowledge with each other."

For more information on the Valparaiso Casting Club, contact John Seroczynski at 219-405-4288 or j.sero@icloud.com

Healthcare Foundation of LaPorte awards more than $900,000 in grants

LAPORTE — The Healthcare Foundation of LaPorte recently awarded $918,626 in grants to local organizations.

VALPARAISO — A spiderweb of pathways are keeping residents connected.

HIGHLAND — Walking 11 miles in the 90-plus degree heat Saturday led a group of young Catholics on a road to prayer, penance and fellowship.

VALPARAISO — The issue of whether or not enough affordable housing is available in the city will be the subject of a new study by the city.

Valparaiso looking for a few good neighborhood projects to fund

VALPARAISO —The city is looking for a few good neighborhood projects to fund through its new Neighborhood Improvement Grant Program.

VALPARAISO — Ever wonder how city officials decide where the money goes or how they decide to enact certain policies?

John Seroczynski, of Valparaiso, is one of the judges during the competition.

Steve Rajeff, of Battleground, Washington, is one of the top casters in the sport.

John Seroczynski, of Valparaiso, takes his turn in the competition last week.