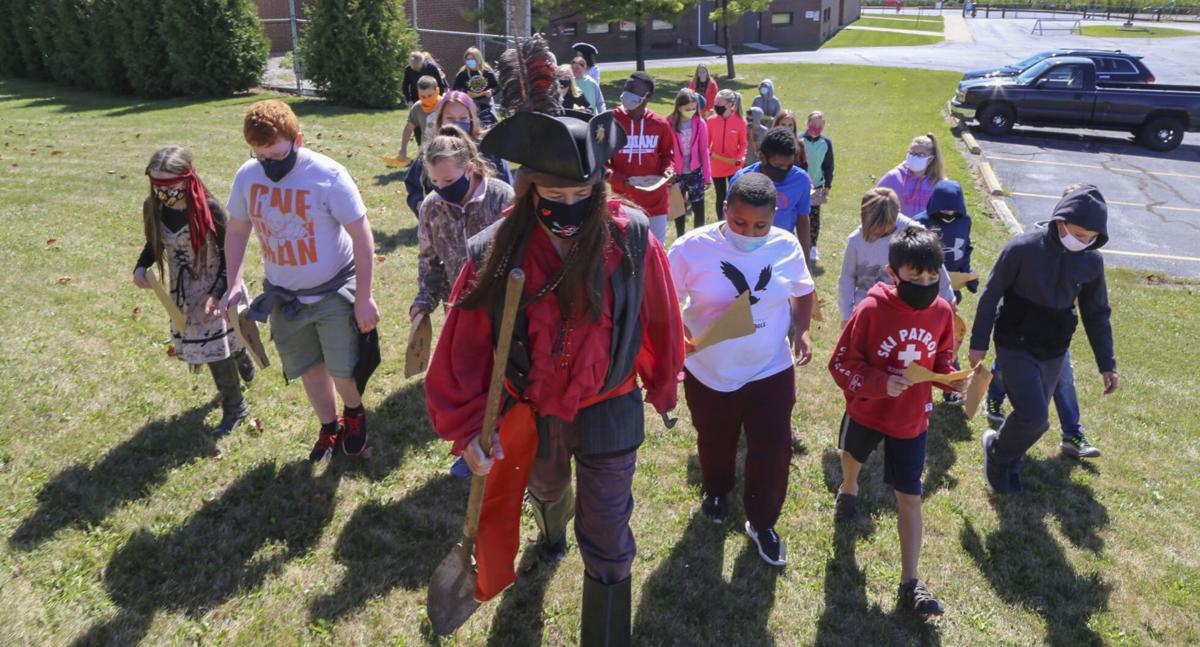 Students at John Simatovich Elementary School count out paces with Captain Joe Krawczyk, center, as they search for buried treasure Friday on Talk Like a Pirate Day. The fifth graders buried a time capsule/treasure when they were first graders, and this year they dug it up with assistance from Captain Joe, a custodian at the school. 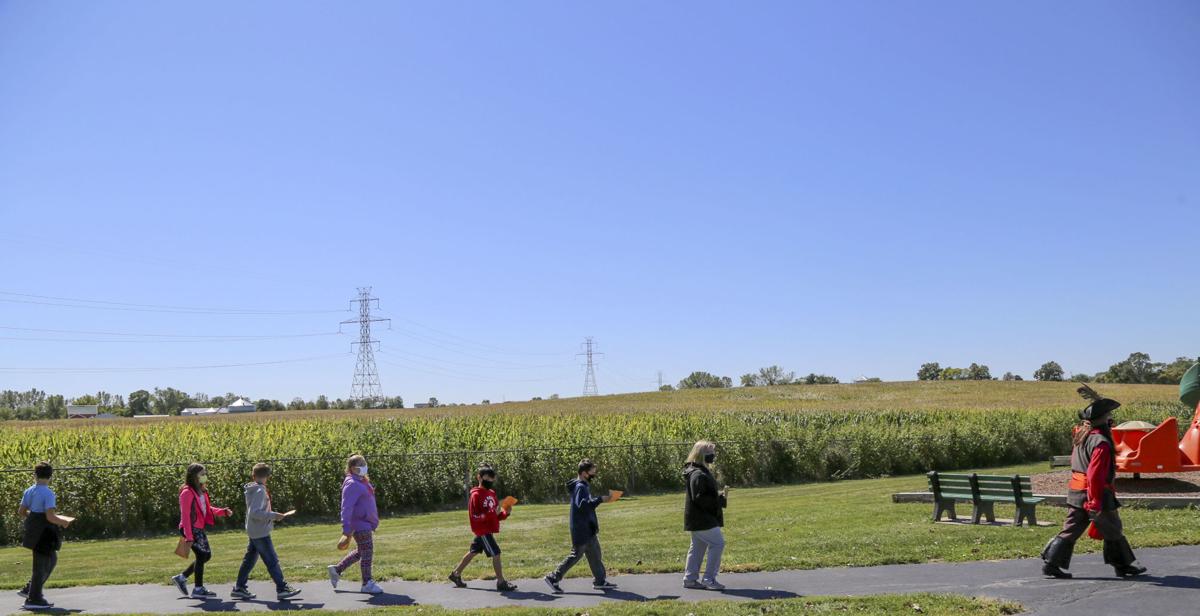 VALPARAISO — The adventure at Simatovich Elementary School on Friday opened with a pirate cheer: “Arrrrr.”

They dug up the time capsule they buried in 2016 as first graders. Instead of gold doubloons, the capsule was filled with trinkets, along with students’ writing samples.

Fifth grader Lilly DeFelice, 10, recalled burying a bracelet. “It seems like just yesterday that we buried it,” she said.

“It’s going to be exciting,” added classmate Julian Blevins, 11. “I can’t remember what I put in. But it’s cool, living your past. We get to see what we did.”

Raven Fischer, their first grade teacher when the time capsule was buried, explained, “Getting kids to write is always a challenge, so we thought about a time capsule. It was Talk Like A Pirate Day, so we saw it as a way to get kids excited about writing.”

Staff and students from all grades, including those doing virtual learning, wore pirate gear. For fifth graders, Barnes said, “We felt this should be a special anniversary, especially since next year they’re going to the middle school. This way, they’ll be able to look back and celebrate their growth in writing and grammar.”

The capsule was buried beside one of three oak trees representing the sons of the late John Simatovich, the school’s namesake.

Even with COVID-19, the principal added, “We’re really trying to keep students learning and keeping the building within guidelines, so kids want to come to school every day.”

Krawczyk became a would-be pirate in 2007, due in part to a dare from former Principal Phyllis Allison. “I’ve always been interested in pirates and navigation,” Krawczyk said.

“I like to know the kids, not just work here,” Krawczyk said. “They bring me a lot of joy and excitement.”

With support from the school’s PTO, each Simatovich student received a small treat. Barnes also treated staff to Pirate’s Booty Popcorn and a Twix golden bar.

She told her class, “I usually make eye patches for my students, and if Mrs. Miller has the time, I’ll be making some today.”

UNION TOWNSHIP — Just a decade ago, enrollment in Union Township schools was pushing record levels, and the district had to close its doors to…

Students at John Simatovich Elementary School count out paces with Captain Joe Krawczyk, center, as they search for buried treasure Friday on Talk Like a Pirate Day. The fifth graders buried a time capsule/treasure when they were first graders, and this year they dug it up with assistance from Captain Joe, a custodian at the school.