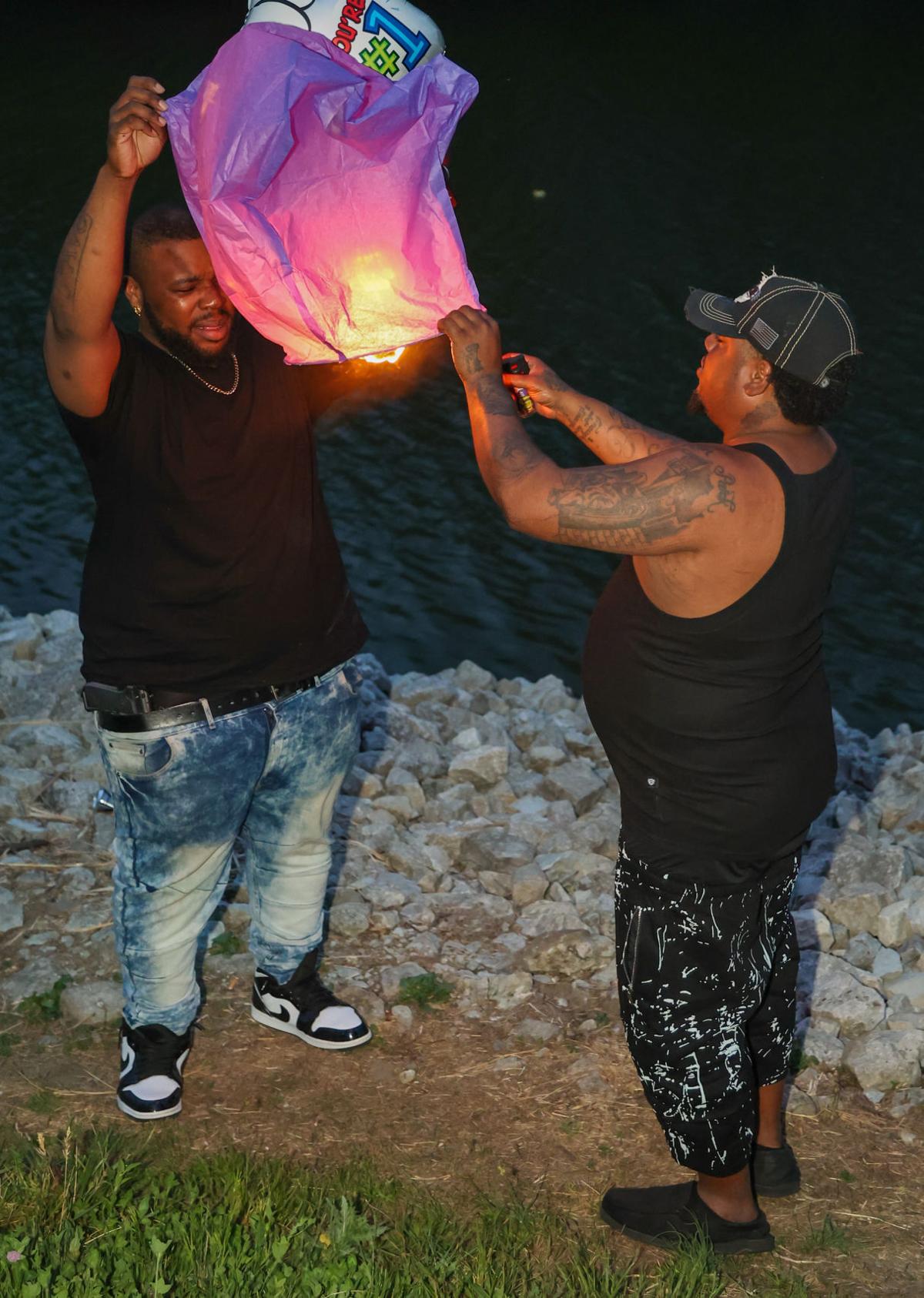 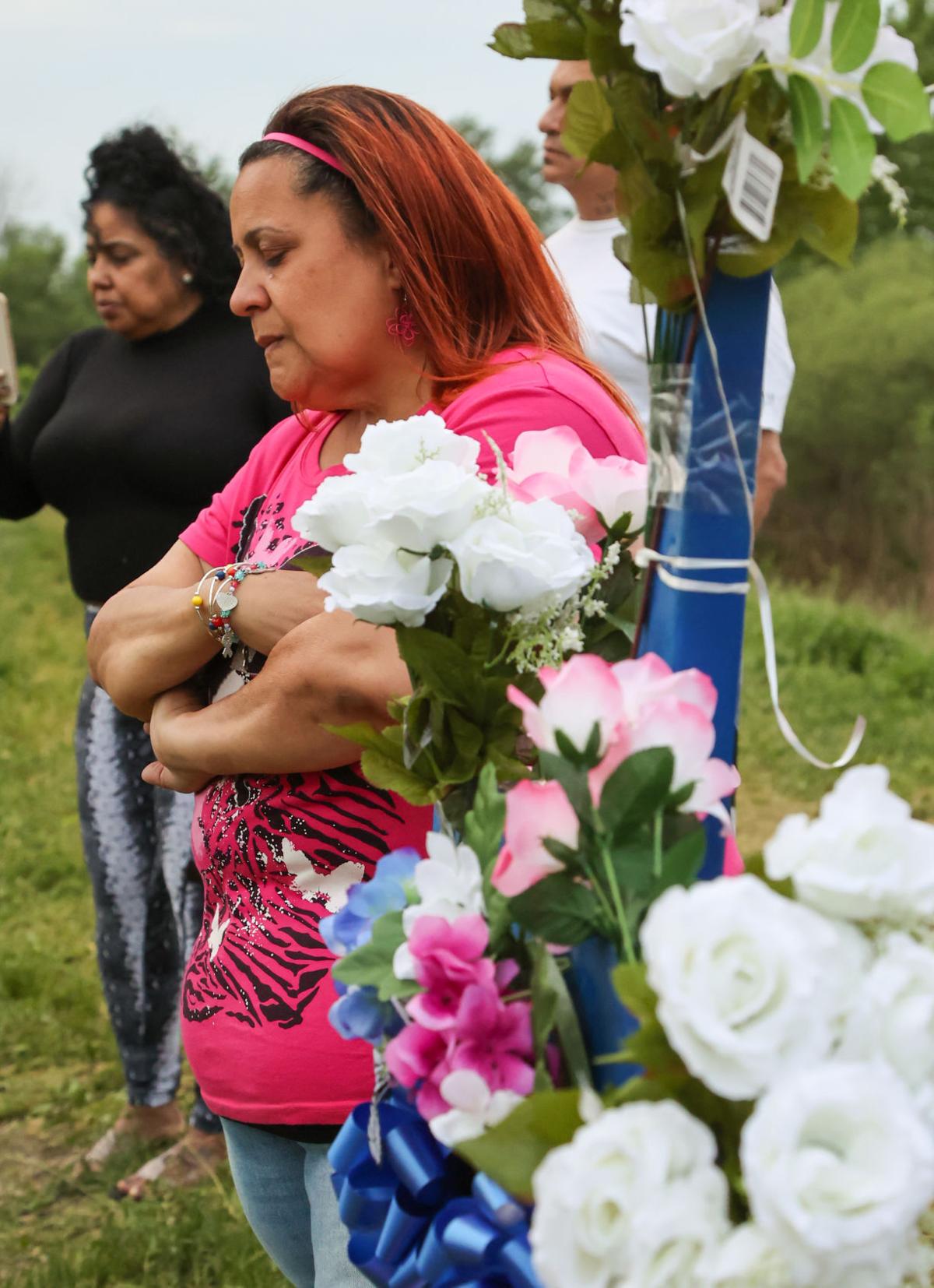 Elizabeth Velazquez, of Hammond, reflects near one of several memorials for Kyrin Carter at a vigil Tuesday night. 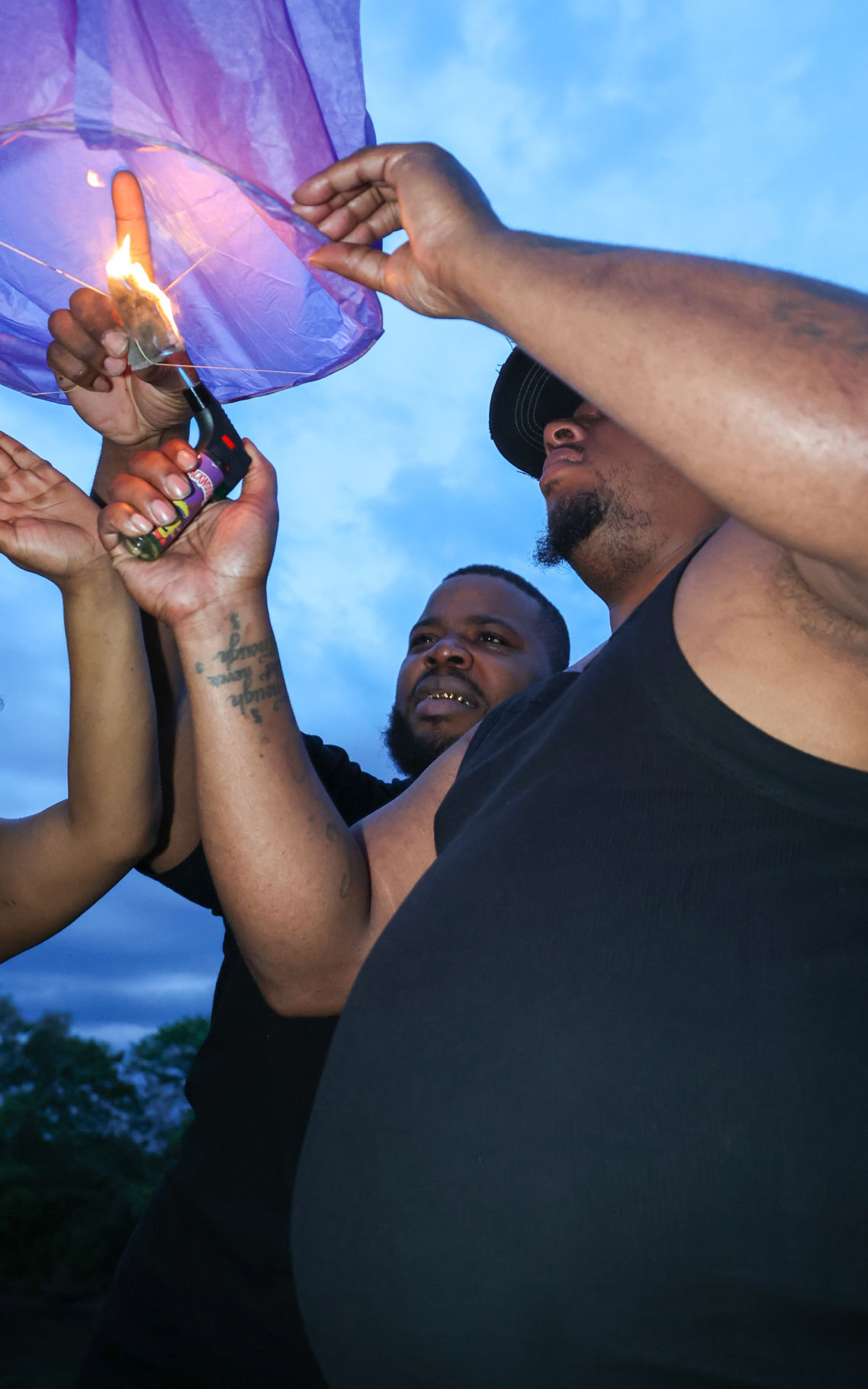 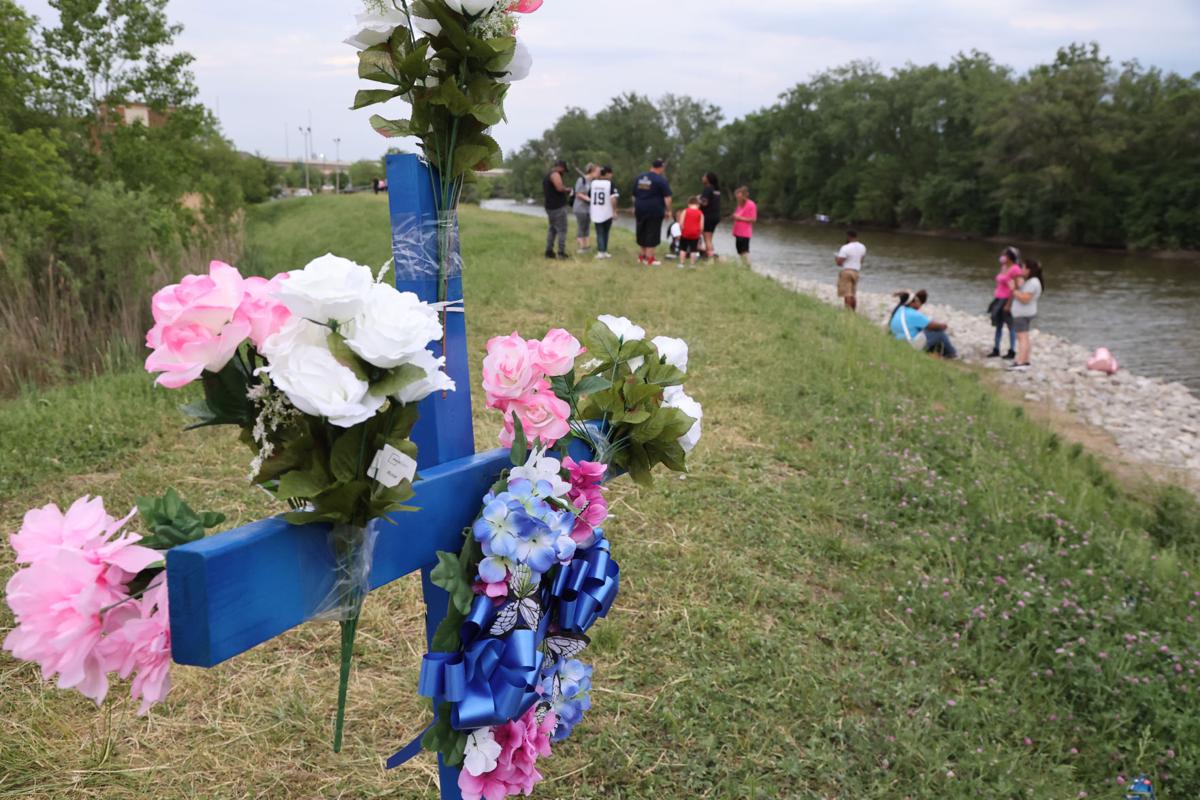 Search volunteers begin to gather Tuesday night for a vigil near the site where Kyrin Carter’s body was found. 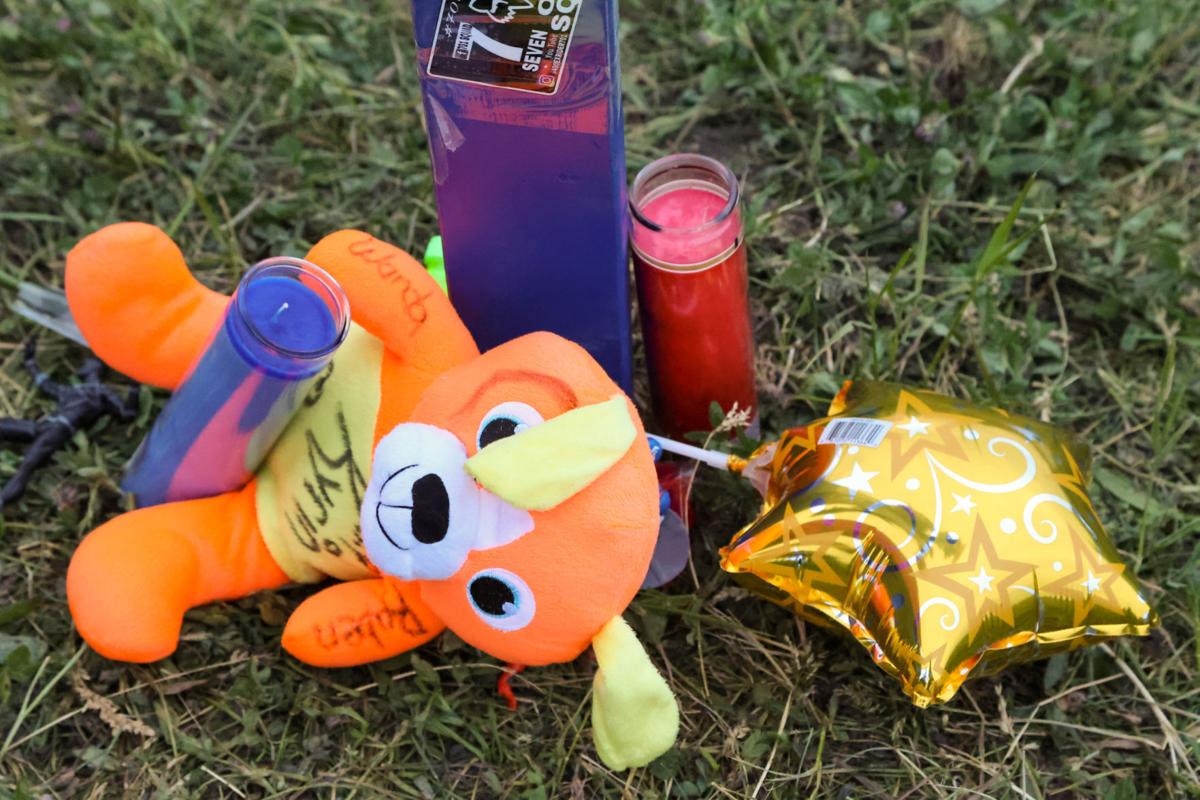 Several memorials have been place along the Little Calumet River for Kyrin Carter. 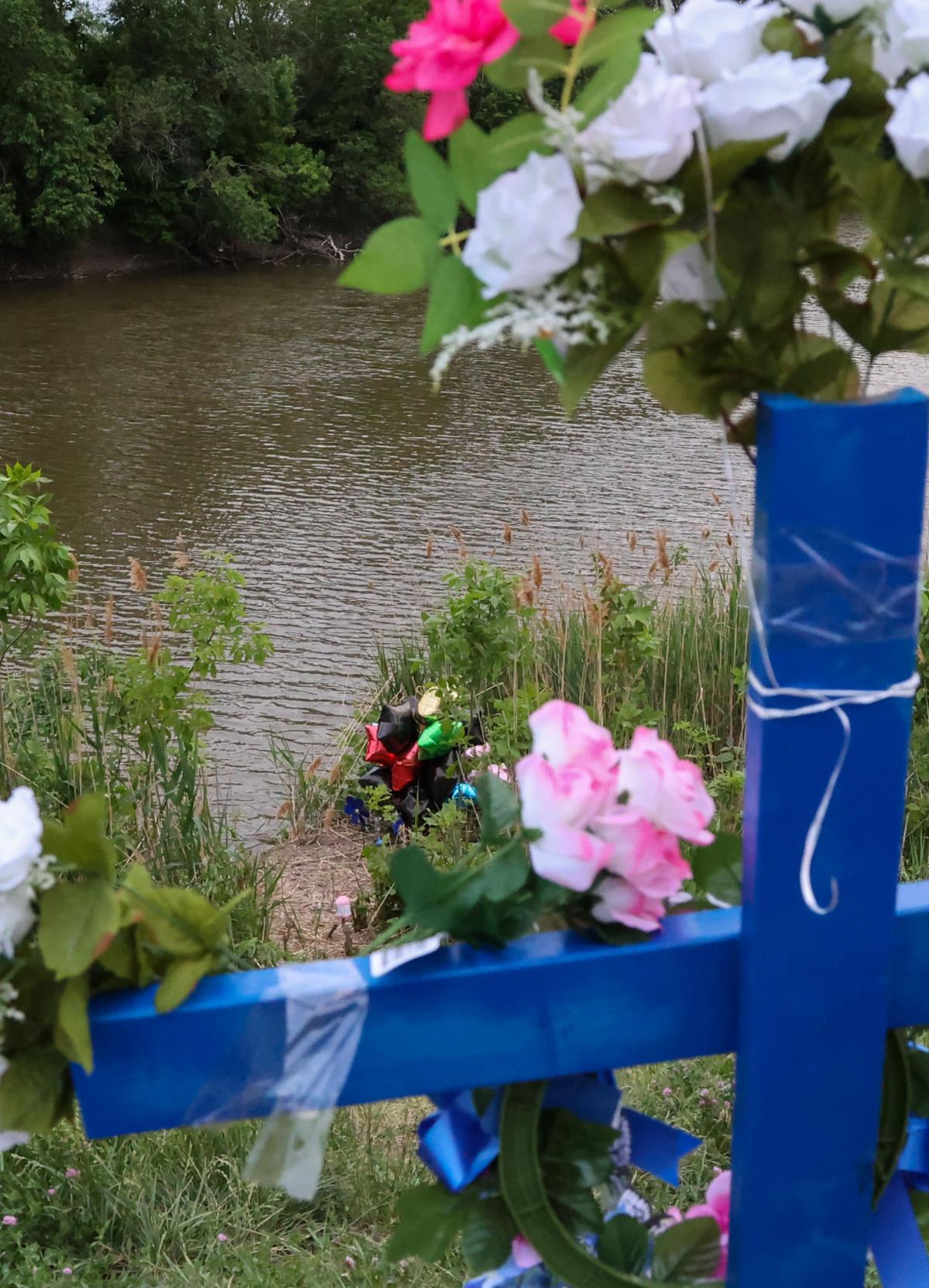 Memorials are placed along the Little Calumet River for Kyrin Carter.

These are just some of the things that could be heard at the Tuesday night vigil for 12-year-old Kyrin Carter, whose body was found in the Little Calumet River Monday night after going missing ten days ago.

Leslie Carter, Kyrin's dad, was at the vigil with friends and family, including Kyrin's younger sister and two brothers. Over the past week, he said the three kids, ages 6, 4 and 3, kept asking where Kyrin was or if they had found him yet.

Carter said he was involved with every step of looking for his son. He searched up and down the river countless times and on Tuesday evening, he said, he feels "numb to the world."

Carter lives in Gary and said he knows many of the people who were at the vigil and who helped look for Kyrin. He said he appreciates the love and help from everyone.

People were coming and going over a few hours, but 75 people or so came to pay tribute to the 12-year-old. Many of those in attendance didn't know Kyrin, but were community members who had spent their time helping to look for him over the past week.

Carlos and Elizabeth Velazquez, of Hammond, stood next to a blue cross adorned with flowers and a stuffed animal and got emotional as they talked about Kyrin and the search to find him. The husband and wife said they were out every day looking for him, sometimes twice a day.

"Why sit home when we could go out and do something," Elizabeth said.

She said they have two grandsons who are autistic. They were devastated when they heard about Kyrin's body being found Monday night, but said the vigil Tuesday may offer some closure.

Hammond residents Linda Cortez and Renee Howard were dressed in pink shirts and held heart-shaped balloons Tuesday night. They didn't know Kyrin, but heard pink was his favorite color. They are both mothers and said they were out most days helping to look for him. Cortez said she has a nephew with autism and a similar situation almost happened with him, so the search for Kyrin especially hit home for her.

The two were at the river Monday night when Kyrin was found and described it as "devastating."

Along with the balloons placed at various spots along the water's edge, dozens of balloons were released into the air at once, fireworks were set off and a single yellow paper lantern was sent off into the night sky.

WATCH NOW: Memory of Kyrin Carter still strong as past searchers come together once again

Several gathered at Wicker Park in Highland in remembrance of a 12-year-old boy from Missouri whose name and face will long stick with Region residents.

Elizabeth Velazquez, of Hammond, reflects near one of several memorials for Kyrin Carter at a vigil Tuesday night.

Search volunteers begin to gather Tuesday night for a vigil near the site where Kyrin Carter’s body was found.

Several memorials have been place along the Little Calumet River for Kyrin Carter.

Memorials are placed along the Little Calumet River for Kyrin Carter.