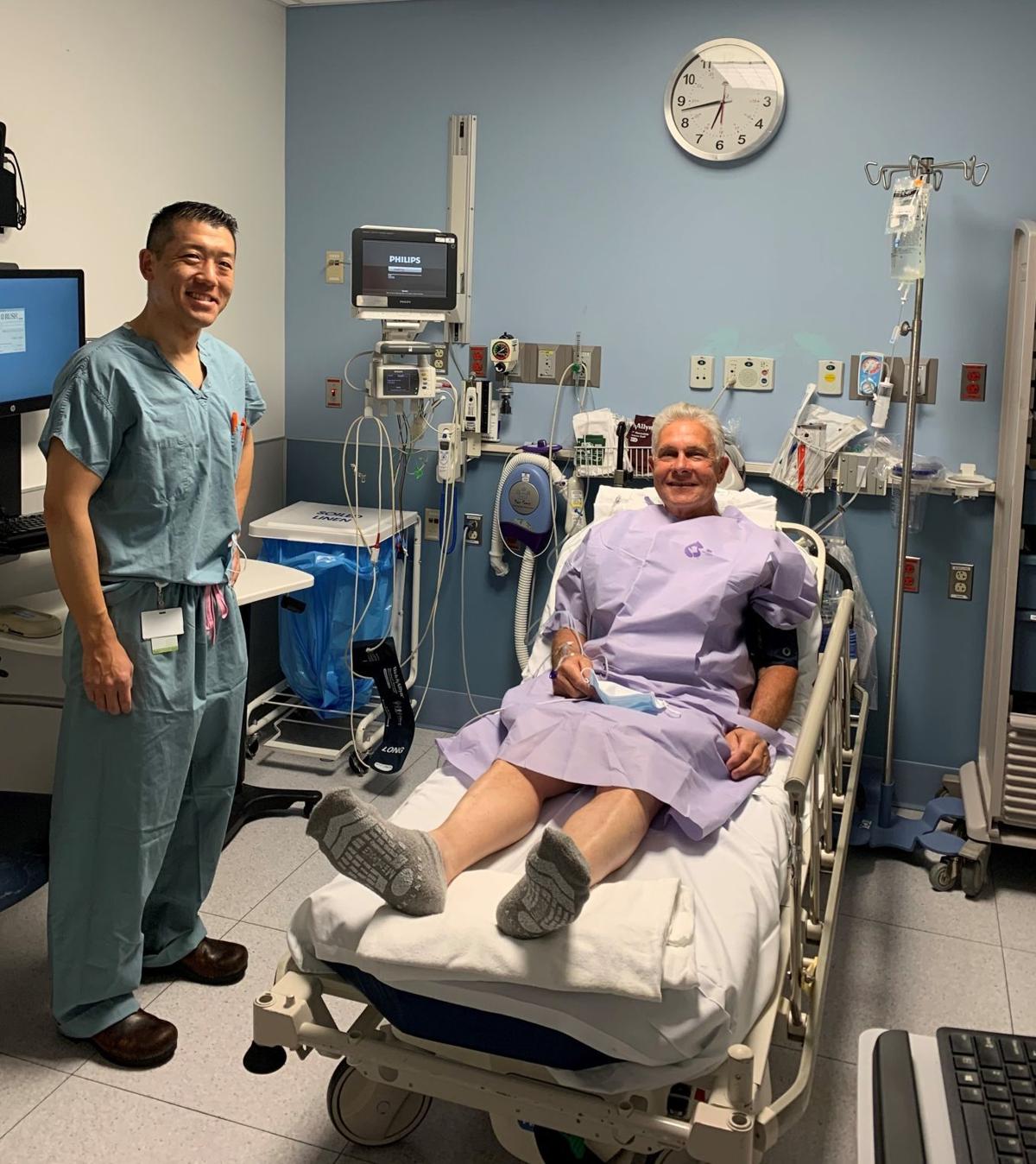 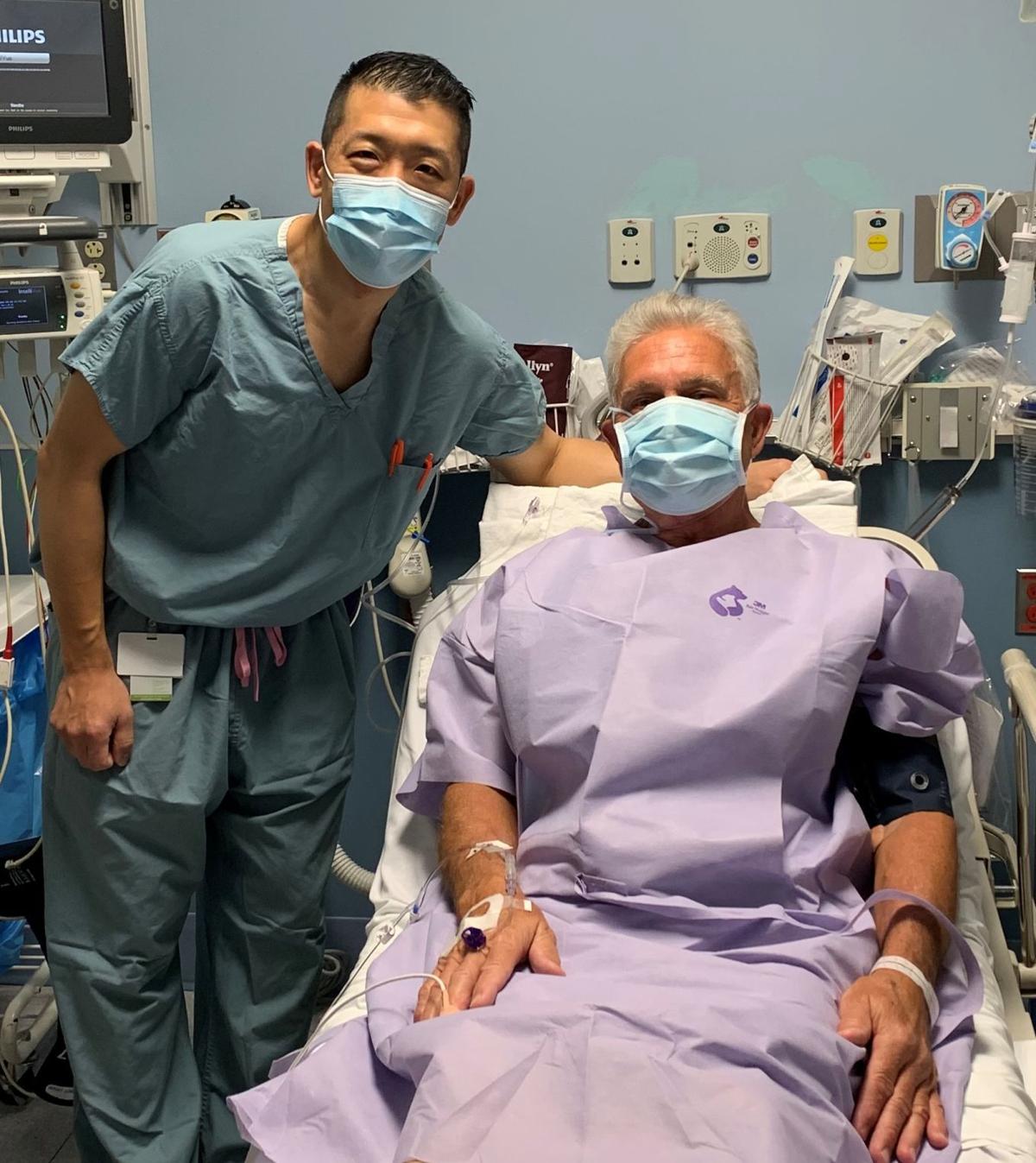 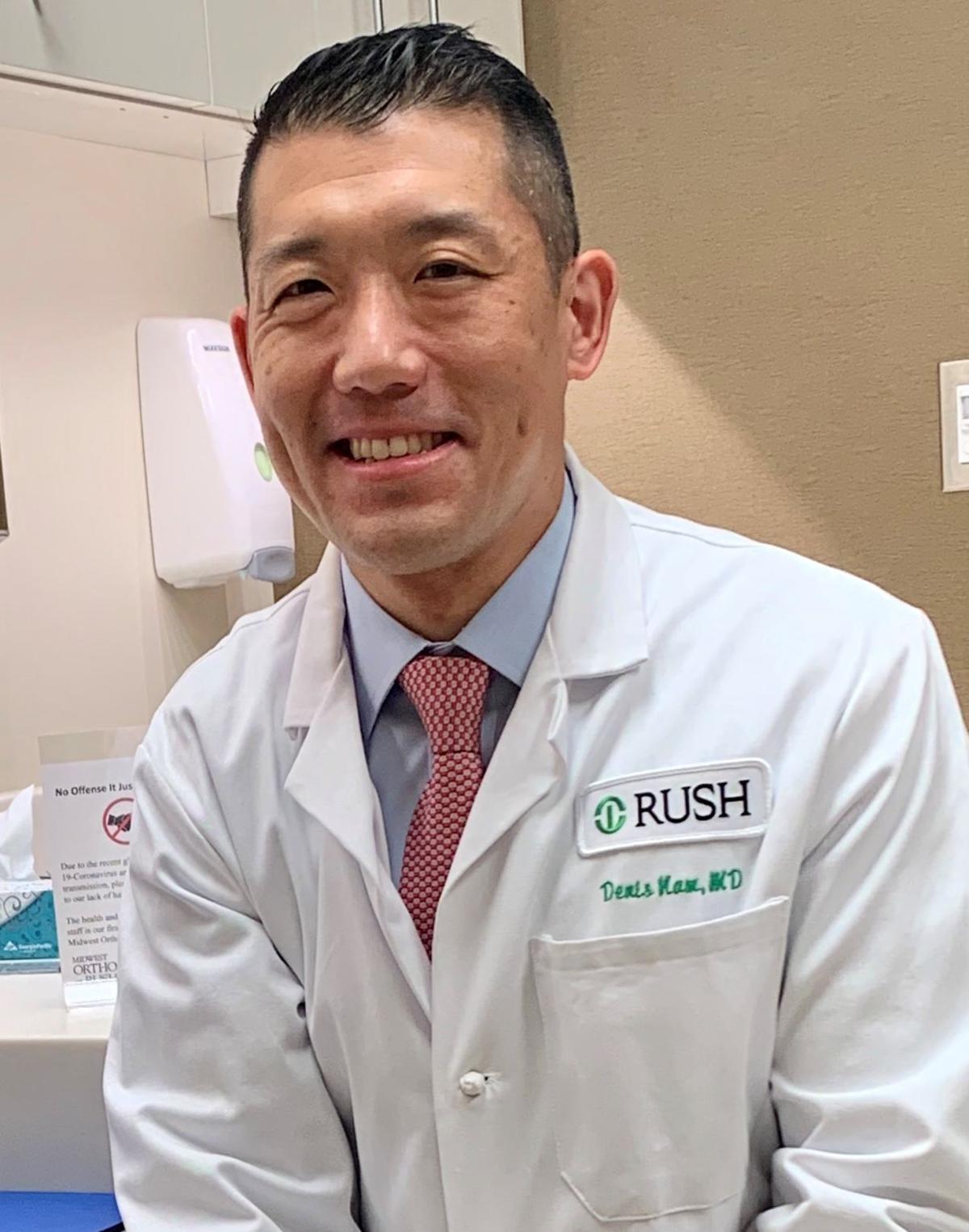 Bob Wernes had hoped to receive his much needed hip replacement surgery on March 25.

Instead, Wernes, 68, of Cedar Lake, had to wait over two months, until Thursday, due to COVID-19 state regulations, which placed restrictions on elective surgery.

Wernes, a lifelong active guy who wants to return to doing carpentry, said he's been living with hip and back pain that requires him to take daily pain medication, including Norco.

"I kind of waited. I should have gotten this done a long time ago. I tried to delay it as long as I could," Wernes said of the surgery.

On Friday morning, the day after his surgery, Wernes was up and walking at the hospital and upbeat: "They told me I did really good."

After Wernes completes physical therapy at his home, he has plans to return to carpentry projects for customers he couldn't get to before.

"I've got a few jobs people are waiting for me to get to," Wernes said.

Dr. Denis Nam, joint replacement surgeon for Midwest Orthopaedics at Rush, said Wernes came to him at the Munster office for his first visit at the end of February.

X-rays determined Wernes' had two bad hips, but his right hip was the worst and needed to be replaced first.

The bone-on-bone in Wernes' right hip was causing him to also experience lower back pain and overall stiffness in his hip area.

"Bob is tough. To get to this point he has to have a high pain threshold," Nam said.

Nam said that with elective surgery restrictions lifted in Indiana on April 27 and in Illinois on May 11, Wernes was clear to go forward with his surgery.

Wernes had to have his surgery done at Rush University Medical Center in Chicago due to his insurance company's requirements.

Many of Dr. Nam's patients who come to him for hip and knee reconstruction and replacement surgery can have their visits and surgery on an out-patient basis at Midwest Orthopaedics at Rush, 9200 Calumet Ave., Munster.

"If their surgery is outpatient then everything can be done here in Munster. Plenty of my patients don't cross the border (into Illinois)," Nam said.

Nam added: "I'm here (in Munster) every Tuesday and take care of a lot of patients."

Even though elective surgeries can now be performed, there are many new safeguards in place, including that the patient be tested for COVID-19 and have negative results, Nam said.

Temperatures of the patients and everyone who visits the office are taken, and everyone is required to wear masks and use hand sanitizer.

Patients are restricted to just one visitor following the surgical procedures, Nam said.

"Everything we are doing is to keep everyone safe and healthy. People are receptive of this," Nam said.

After Wernes completed his surgery, he spent one night at Rush then was able to return home to Cedar Lake.

Wernes said he was apprehensive prior to the surgery not knowing how much pain there would be afterward. But he was pleasantly surprised because the pain he was experiencing the day after surgery was pretty much equal to the pain he had prior to surgery.

"I feel like I've been preparing for this," Wernes said.

Wernes said once his therapy is completed he has lots of plans, including going back to his love of tinkering on cars and going forward with completion of a backyard swimming pool.

After nearly three weeks of testimony and nearly 800 pieces of evidence, Connor Kerner was convicted of killing two teens in early 2019.

Eric Scott Olson is accused of punching his ex-girlfriend in the face, kicking her, using a metal curtain rod to hit her on her thigh and threatening to shoot her, according to court records.

To convict a person of reckless homicide, the evidence must show defendant saw the "precise nature of the danger" ahead of him and chose to regard it, Judge Samuel Cappas said.

Police seek duo suspected of stealing over $1,500 in goods from Valpo Walmart

Police have released photos of two suspects wanted in connection with the theft and are asking anyone with more information to come forward.