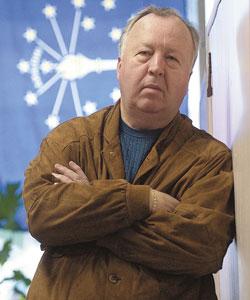 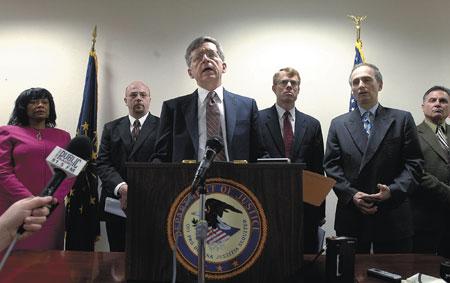 THE TIMES Longtime Northwest Indiana political power broker Robert Cantrell has been indicted by a federal grand jury on 11 felony counts: seven counts of fraud and four counts of filing false tax returns. Cantrell reportedly is vacationing overseas, but is to turn himself in for arrest Monday. 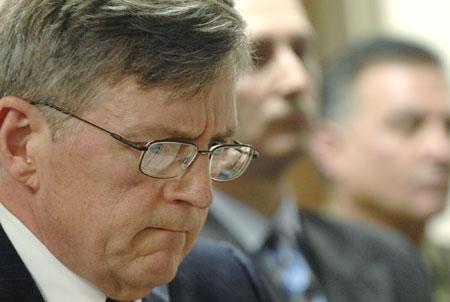 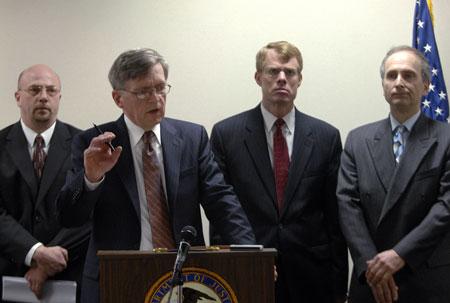 Federal authorities allege Cantrell illegally earned profits from a North Township contract he helped engineer while working for the township and then convinced that contractor to fraudulently add two nonemployees to its health insurance plan.

Cantrell declined to comment Wednesday when contacted by The Times, and his attorney could not be reached. Federal authorities say Cantrell is vacationing in Italy, but has arranged to turn himself in for arrest Monday morning, when he could have the option of entering a plea to the charges.

The fraud counts were committed through the mail and involved a total of $150,000 in unreported income and diverted insurance benefits between 2000 and 2004, the U.S. attorney in Hammond alleges.

"It's been no secret for many years that the federal government has been looking at Mr. Cantrell," said North Township Trustee Frank Mrvan, who made canceling the Cantrell-influenced contract one of his first priorities after taking office in 2005.

At the core of both the contract and insurance fraud schemes is the Hammond-based counseling firm Addiction and Family Care. The firm has contracts to counsel employees of various local governments and criminal offenders ordered by local courts to attend drug counseling.

Cantrell, 65, of Schererville, has openly admitted to receiving "referral fees" from the firm, and the indictment states that he even reported some of that income on his taxes.

He reported income of $212,901 in 2003, which would have included his roughly $38,000 salary as an office manager for the North Township poor relief office, federal prosecutors allege.

Prosecutors say Cantrell broke the law when he failed to disclose the financial relationship with the firm to the township after he arranged for the government body to hire Addiction and Family Care to perform mandatory stress counseling for all employees.

Township employees have complained that the sessions were bogus. The indictment alleges that every time one of his fellow township employees attended one of the mandatory sessions, Cantrell received up to 50 percent of the fee collected.

"A public office is not a license to take money from the public," Deputy U.S. Attorney David Capp said Wednesday. "We've got to get a handle on these contracts, and that's primarily what this indictment focuses on."

Less has been made known about the alleged insurance fraud scheme. The indictment alleges Cantrell arranged to have Nancy Fromm put two people who did not work for her firm on the firm's health insurance plan.

The people are not identified or charged in federal court documents. Capp declined to say Wednesday whether the two people were relatives of Cantrell, but he said Cantrell himself was not one of them.

Cantrell has been intimately involved with Lake County machine politics since the 1960s, when he became the on-again, off-again chairman of the East Chicago Republican Party.

Over the years, he has been accused of conspiring with county Democrats to use his influence to weaken the county Republican Party. He eventually was kicked out of the GOP for openly supporting Democrats, including his daughter, Julie, for a county judgeship.

He never has been elected to public office. Observers say his political influence stems partly from his ability to influence candidates to run or not run for office. While a township employee, he admitted to getting homeless and indigent people to vote by absentee ballot and work as Republican poll workers.

As longtime political operative Bob Cantrell sees it, he's currently on the inactive list and eager to get back in the game.

THE TIMES Longtime Northwest Indiana political power broker Robert Cantrell has been indicted by a federal grand jury on 11 felony counts: seven counts of fraud and four counts of filing false tax returns. Cantrell reportedly is vacationing overseas, but is to turn himself in for arrest Monday.