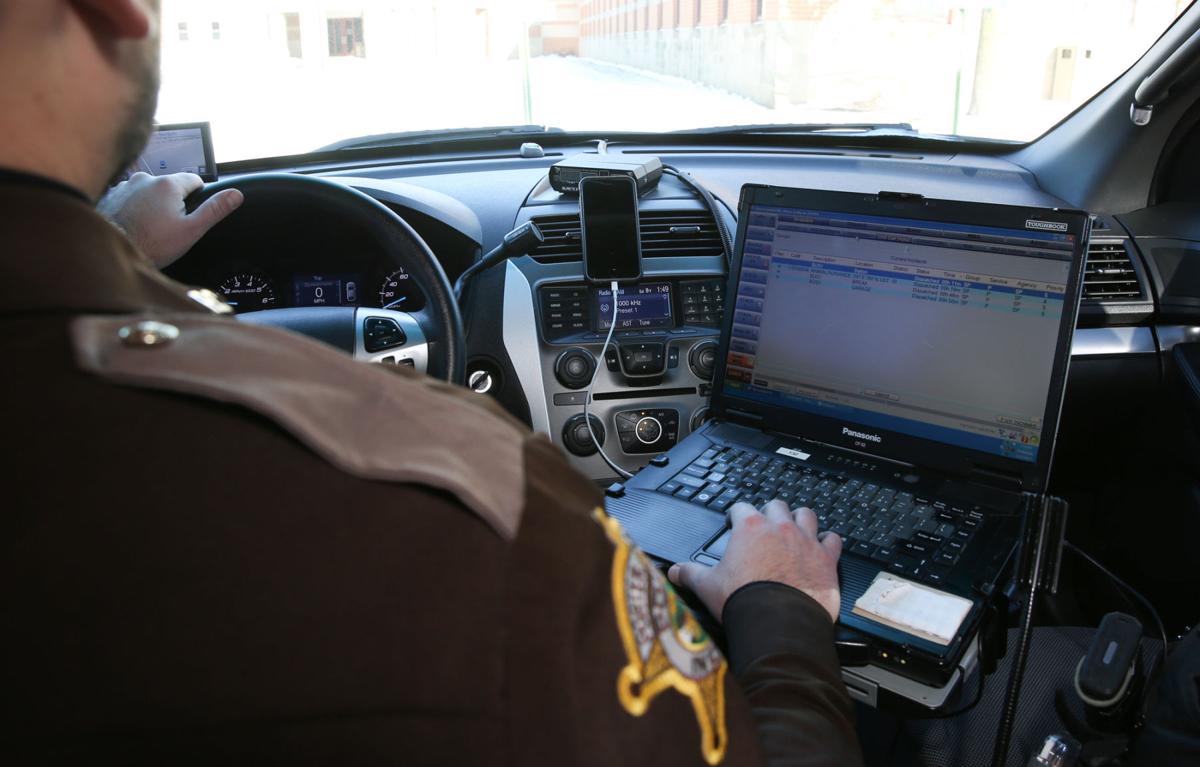 Police officers have a lot going on while patrolling the roadways as demonstrated by Porter County Sheriff's Police officer Chris Winterhaller. 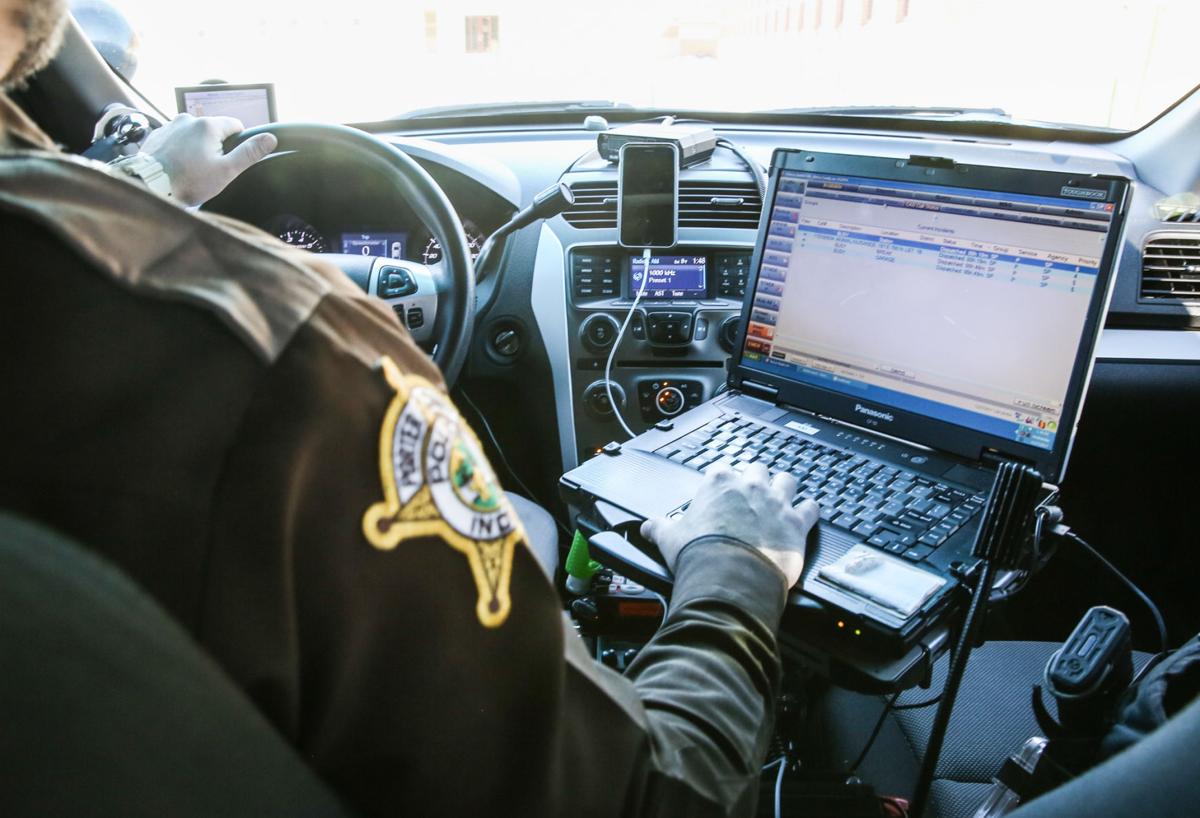 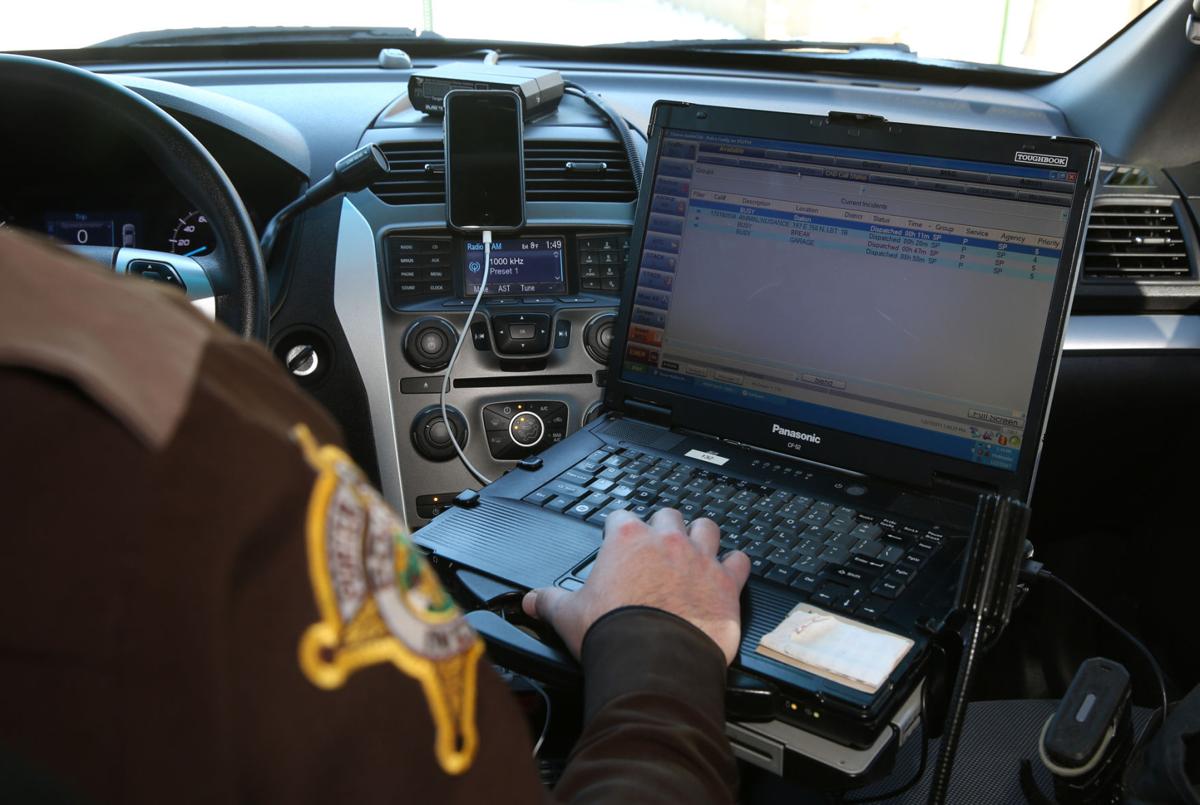 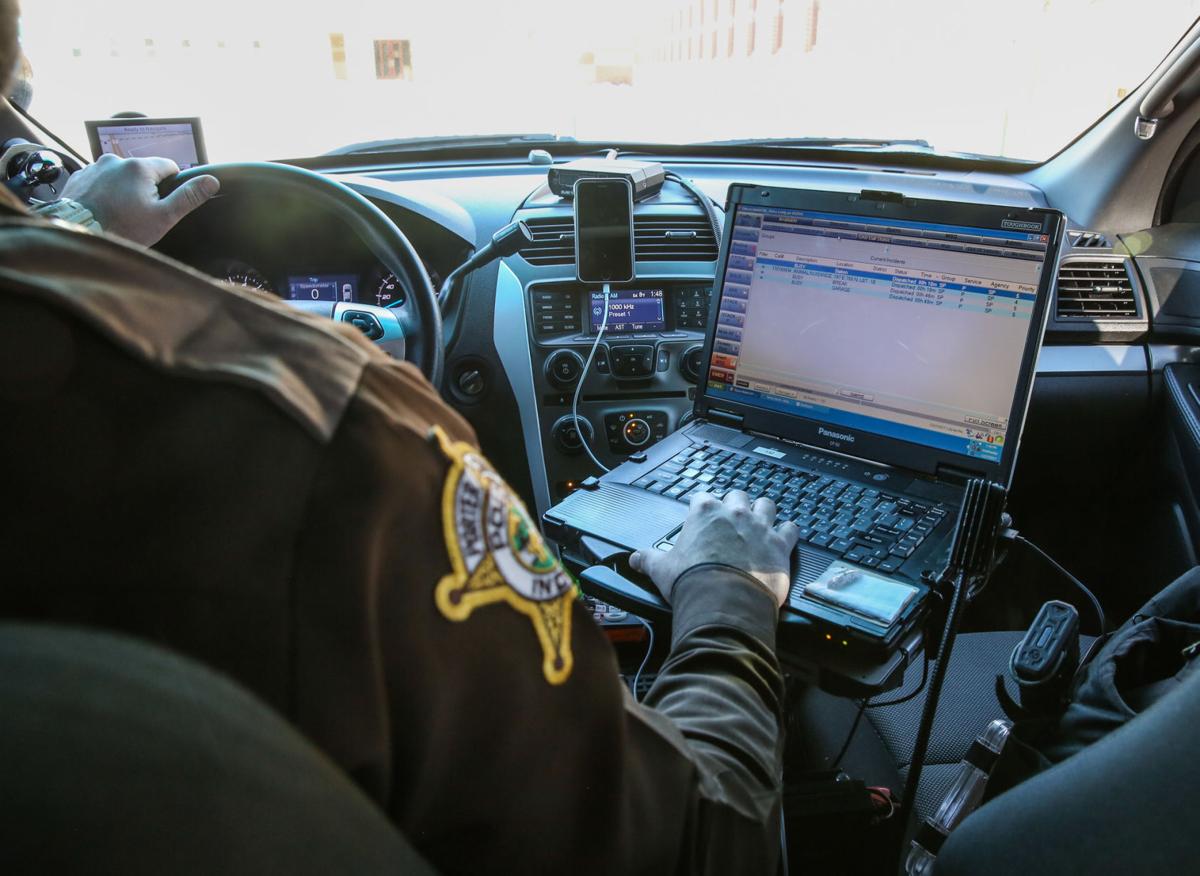 Police officers have a lot going on while patrolling the roadways as demonstrated by Porter County Sheriff's Police officer Chris Winterhaller.

Police officers across the Region drive millions of miles each year under high stress conditions.

They undergo specialized training behind the wheel, but sometimes find themselves not just responding to accidents, but involved in them.

Officers with the Lake County Sheriff's Department have been involved in 12 accidents this year and were at fault in seven of the crashes, according to Emiliano Perez, the department's public information officer.

The good news for the department is that this year's total was only a third of 36 accidents that occurred in 2016, he said. Officers were at fault in 20 of those crashes last year.

A wrongful death lawsuit was filed in May against five officers with the East Chicago and Hammond police departments involved in a high-speed pursuit over a case of stolen beer that cost the life of a 13-year-old Whiting girl earlier this year. A Danville, Illinois woman and a Highland man are charged with causing the high-speed police chase.

The Porter County Sheriff's Department has had 13 vehicles damaged in various types of incidents this year, and its officers were at fault in two accidents, according to Maj. Gary Gear, who maintains the department's 102-vehicle fleet.

The annual total number of accidents is standard for the department, he said.

In both of the at-fault crashes, the officers rear-ended other vehicles after taking their eyes off the road to focus on something else in their own cars, Gear said. One of the crashes that occurred in October sent an 80-year-old to a Chicago hospital with a head injury and injured two others, including the officer.

The LaPorte County Sheriff's Department had two vehicle crashes this year, both by the same officer during pursuits, said Capt. Michael Kellems, who recently announced his retirement as the public information officer.

The crashes resulted in only minimal damage and no injuries, he said. An administrative review is conducted of each accident and it was determined the officer had done nothing wrong.

"I can’t recall any time in the past when we’ve had any serious injury crashes," Kellems said. "Typically we only see a few and some years we haven't had any crashes."

'Make sure you get there'

Police officers undergo a week of driving training while at the academy and then face annual refresher courses once they are hired on with a department, Kellems said.

The LaPorte Department typically conducts hands-on driving training each year, but opted for a refresher course this year on the policies of driving in pursuit or other emergency situations, he said. Kellems said this year's topic was not in response to the two recent pursuit-related crashes.

Lake County police also undergo annual refresher courses in driving and each crash involving an officer is reviewed by a board of their peers, Perez said. If it is determined the officer is at fault, there is potential for disciplinary action.

"I would think that having something like that heightens awareness of officers while driving," he said.

An officer recently put that training and awareness into action when another motorist, who had not properly cleared frost from the windows of the vehicle, swerved into the officer's lane, forcing him to veer into the curb and damage his tires in order to avoid a collision, Perez said.

Sometimes the best efforts do not go as planned and officers are hurt during calls.

"During a blizzard on Valentine’s Day in 2015 we had three deputies that were injured when their vehicles were struck while they were investigating other crashes" he said.

Porter County Sheriff Dave Reynolds said his department tries to drive home the same message to all the officers: "Make sure you don't over-drive and make sure you get there."

Neither of Porter County's at-fault crashes occurred during a pursuit or response call.

"I think that says a lot for the officers," Reynolds said.

It's not only other vehicles that officers have to be prepared for while patrolling or responding to calls.

Four of the Porter County police cars damaged this year were the result of collisions with deer, Gear said.

"It's unbelievable," Reynolds said. "Make sure you watch for deer."

And then there are the risks you just can't plan for.

A Porter County police officer was driving along Pearson Road near the Brassie Golf Club in Chesterton in August when a tree fell on the vehicle, Gear said. The officer escaped injury, but the car was damaged, he said.

Reynolds said officers with his department drove more than 1.6 million miles so far this year, which increases the odds for problems.

"We're constantly on the road," he said.

The county is larger than many people realize, Reynolds said, with 444 square miles and more than 800 miles of roadways to patrol.

The department is trying to relieve this situation by beefing up its patrols, Reynolds said. It is set to receive a new patrolman next year after not having had a new one added to the force since 2001.

In the meantime, the county is one of the fastest growing in the state and with the growth comes more demand.

"When they dial 911, they expect a police officer to get there as quick as we can," Reynolds said.

An 80-year-old was taken to a Chicago hospital with a head injury and two others, including …

Police: 74-year-old at fault in officer-involved crash in Crown Point

CROWN POINT — Two people were charged Friday with reckless homicide, among other offenses, i…

What's up with that? What's the deal with the giant flames emitting from ArcelorMittal Burns Harbor recently?

Something in the Region left you baffled or just plan curious? Times reporter Bob Kasarda does his best to find answers in this recurring feat…

ST. JOHN — A 48-year-old woman escaped her vehicle Monday night after she mistakenly turned onto the tracks near 93rd Avenue and the Norfolk S…