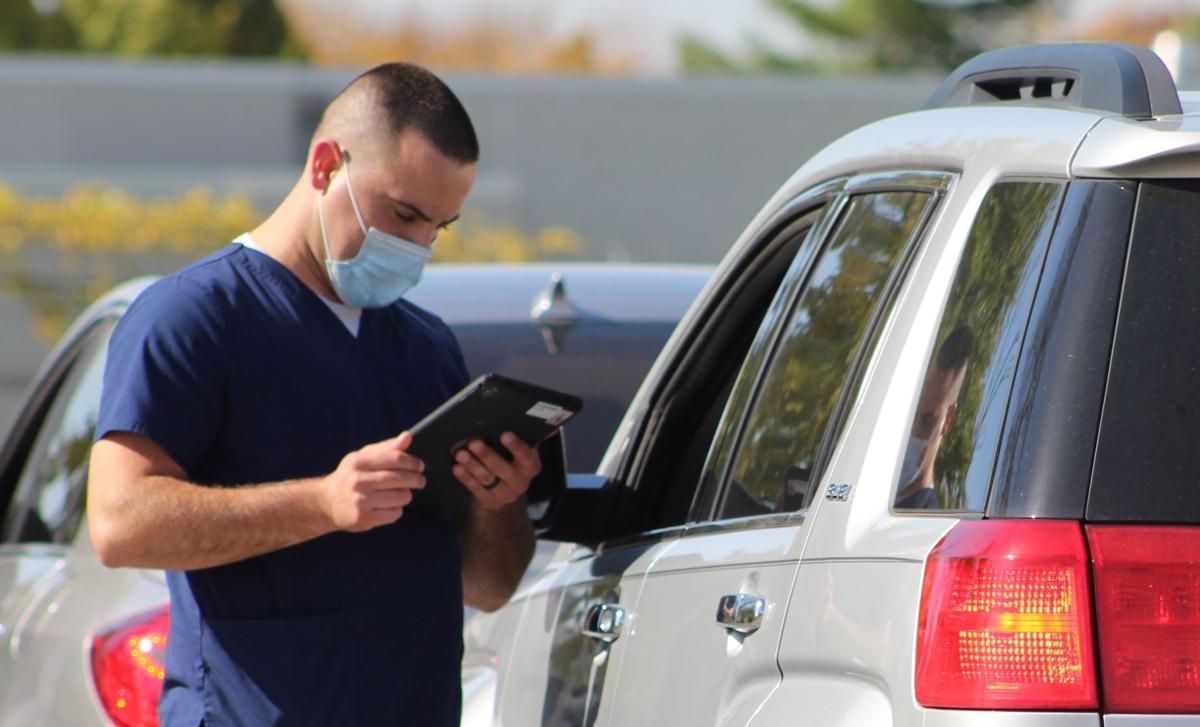 Jarod Sheetz, a medic with the U.S. National Guard, fills out patient information in October at a drive-thru COVID-19 testing site at the Lake County Health Department in Crown Point. 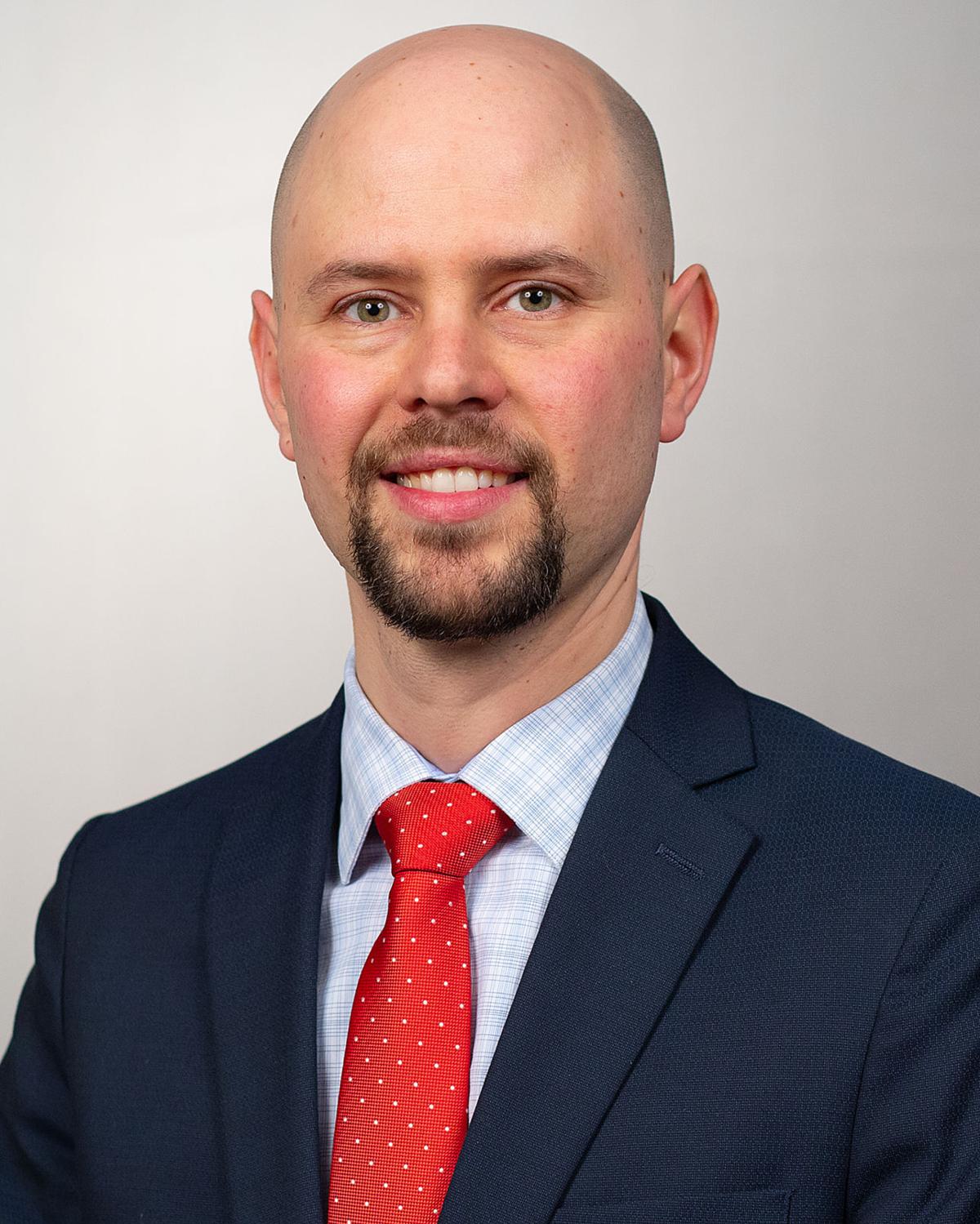 New admissions to hospitals and the total number of patients hospitalized for COVID-19 in Northwest Indiana each have increased in the past week to levels not seen since April, and the average number of deaths per day is approaching last spring's peak.

The metrics are particularly concerning, because growth in new positive cases had started to even out when Northwest Indiana set previous records in April, said Micah Pollak, associate professor of economics at Indiana University Northwest.

That's not the case now.

The seven-day rolling average of new cases and seven-day positivity rate should be considered early warning signs of the virus's most dire consequences: rising hospitalizations and deaths, Pollak said.

"The trajectory and trend haven't changed at all in the past week," he said.

A week ago, Northwest Indiana was averaging 258 new cases a day. Now, an average of 357 new cases are being reported in the five-county area.

It's the highest daily average ever. In April and May, the district averaged fewer than 100 new cases per day, Pollak said.

Four out of five Northwest Indiana counties now have a seven-day positivity rate of about 10% or more for all tests.

It's an important metric to consider because it shows whether a community is doing enough testing and can indicate the severity of an outbreak.

Public health officials consider a seven-day positivity rate of 5% to be a benchmark for whether testing is sufficient and the virus' spread is under control.

When the rate rises above 5%, it can become difficult to do contact tracing. When the positivity rate is 10% or higher, community transmission is usually considered to be out of control, Pollak said.

The number of hospitalizations in Northwest Indiana began to rise in the latter half of September.

During a peak last spring, hospitals were admitting an average of 19 people per day. As of Monday, the daily average stood at 22 people.

"That's also still preliminary data looking ahead, so it could be revised significantly," Pollak said.

The total number of people hospitalized — also referred to as the hospital census — rose to 319 on Oct. 23 in the 1st District. That's more than a peak of 313 recorded April 23.

On Wednesday, the Region reported 10 deaths, matching the highest number of deaths ever reported, which was on April 30. On Tuesday, Northwest Indiana recorded eight deaths — a daily total reported only twice before, on May 10 and May 18.

The increase is alarming, because the number of deaths typically lags behind other indicators by several weeks.

"If the U.S. allows numbers to climb unchecked, we could reach the limits of our surge capacity within a month," Porter County Health Officer Dr. Maria Stamp said in a news release.

She urged residents to stay home and avoid congregating in small or large groups, especially without a mask.

"Stand apart, even from those you know and are comfortable around. Wear your mask. Wash or sanitize your hands," Stamp said.

State officials reported a record-breaking 3,649 new cases on Thursday, with a statewide positivity rate at just below 10%.

The disruption comes less than a week before what is already shaping up to be a busy general Election Day on Tuesday.

East Chicago firefighter Eddie Rivera said he is losing about $1,300 in weekly pay due to COVID-19, and the city's administration has not indicated they will cover any sick leave costs.

A total of 512 Regionites have died to the disease since the pandemic began, and a total of 22,694 have been infected.

If the average number of death per day rises to 40 or more, COVID-19 will surpass heart disease to become the leading cause of death in Indiana, IUN professor Micah Pollak said.

Coronavirus on track to become No. 1 cause of death in Indiana

Jarod Sheetz, a medic with the U.S. National Guard, fills out patient information in October at a drive-thru COVID-19 testing site at the Lake County Health Department in Crown Point.