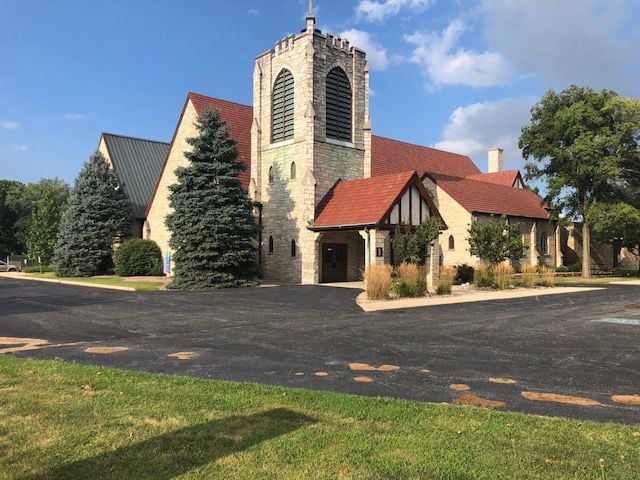 Trinity Lutheran Church at its current location on Indiana Avenue in Crown Point. 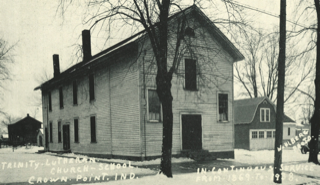 This is the former site of Trinity Lutheran Church and School in Crown Point. 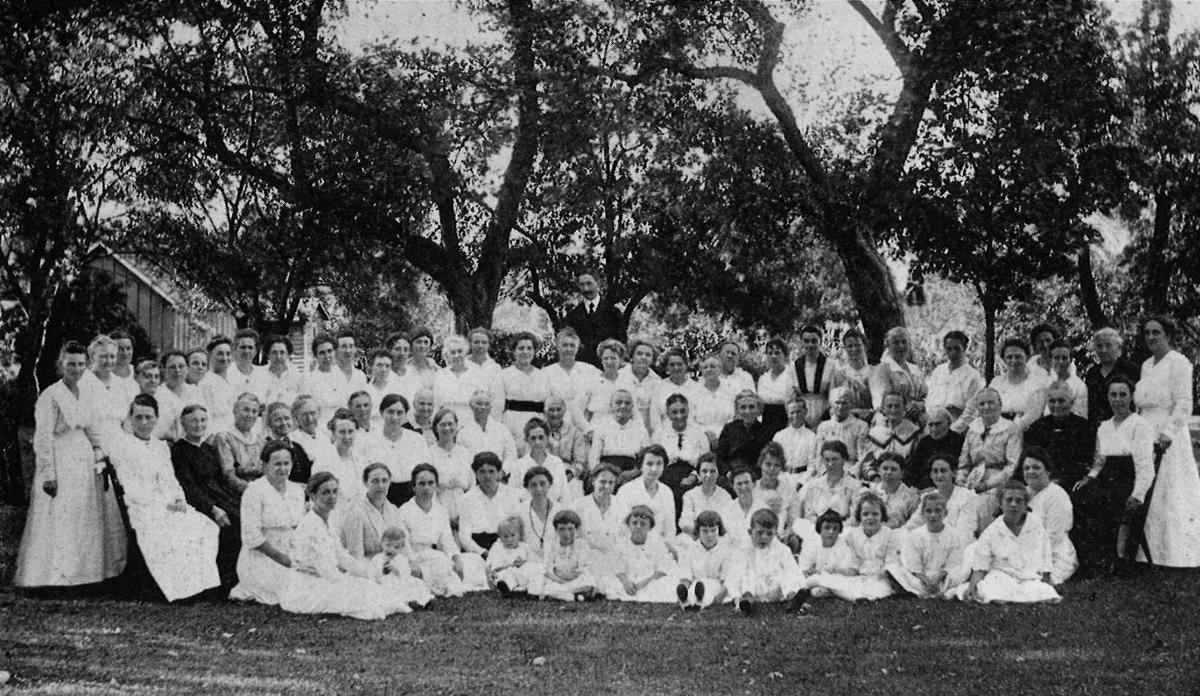 The Trinity Lutheran Ladies Aid Society poses for a photograph in 1881.

They began the congregation, organized a Sunday school and adopted a constitution.

At the beginning, services were held in a local home and at the historic Lake County Courthouse on the Crown Point square.

In 1869, church services were held on the second floor of a wooden building and the first floor housed the school and parsonage.

In 1886, a brick church was constructed on the corner of North and Grant streets. In 1888, Trinity affiliated with the Lutheran Church Missouri Synod.

The Ladies Aid Society and Young Ladies Society, organized in 1892, purchased the church bells which, in 1958, were moved to Trinity’s present location at 250 S. Indiana Ave.

“They can be heard at noon and at 6 p.m.,” Kipp said. “This is a computerized system that presents different Christian hymns each day at random.”

In 1938, the cornerstone was laid for a new school building at the North Street location containing classrooms for first through eighth grade with an enrollment of 78 students.

In 1958, the current church was dedicated. The school and Christian Life Center were dedicated Aug. 1, 1976, with Gov. Otis R. Bowen speaking at the celebration. That center included a gymnasium, 10 classrooms, library, cafeteria, kitchen, restrooms and an office complex.

According to Lake County property records, in 1978 the old church and school on North Street were sold.

Kipp became associate pastor in 1997. He has served in the areas of youth ministry and Vacation Bible School, missions and outreach evangelism, visitation ministry and helped in the planning of contemporary worship. In 2015 Stephen Henderson became senior pastor. In 2017, Christine Miller was appointed Trinity’s new school principal.

Trinity’s congregation has flourished to more than 1,200 parishioners with last year’s school attendance at 229 students.

In honor of its landmark anniversary, the congregation has celebrated with various activities for the past six months.

“I believe Trinity needs to continue to have the mindset of growth,” Henderson said. “This mindset enables us to constantly look for those whom we can love and serve. To help establish this growth mindset, Trinity seeks to serve in our community regularly, place members in small groups for spiritual care and encouragement, and provide digital resources that are available for self-directed learners who also desire to grow in understanding God's word and the Christian faith."

CROWN POINT | It's a school that's been in continuous operation since 1868.

Trinity Lutheran Church at its current location on Indiana Avenue in Crown Point.

This is the former site of Trinity Lutheran Church and School in Crown Point.

The Trinity Lutheran Ladies Aid Society poses for a photograph in 1881.