Editor's note: This story was updated Aug. 5 with details from the Elkhart Sheriff's Police that revise the account of the accident the office offered Wednesday.

The 58-year-old South Bend native, a Republican, represented much of LaPorte County as well as all or parts of St. Joseph, Elkhart, Starke, Marshall, Kosciusko, Pulaski, Fulton, Cass, Miami and Wabash counties.

The Elkhart County Sheriff’s Office said officers were called to the scene of a two-vehicle crash shortly after noon Eastern time. Investigators have determined that an SUV driven by Zachery Potts, 27, of Mishawaka, crossed the center line for unknown reasons in a rural area near the town of Wakarusa. Potts was Walorski's district director and the Republican chairman for northern Indiana's St. Joseph County. Also killed in the crash was Emma Thomson, 28, of Washington, D.C., who was Walorski's communications director.

Edith Schmucker, 56, of Nappanee, was driving the other car and was also killed in the crash, police said. The crash is still under investigation.

Elected officials from across the state and country issued statements mourning her loss, along with that of Thomson and Potts.

President Joe Biden pointed to Walorski's work with the House Hunger Caucus in a statement crediting Walorski for years of public service.

“We may have represented different parties and disagreed on many issues, but she was respected by members of both parties for her work,” Biden said. “My team and I appreciated her partnership as we plan for a historic White House Conference on Hunger, Nutrition, and Health this fall that will be marked by her deep care for the needs of rural America.”

“I am deeply saddened to learn of the sudden passing of my Indiana colleague and Congressional-district neighbor Rep. Jackie Walorski," U.S. Rep. Frank J. Mrvan, D-Highland, said. "I am grateful for our all too brief shared time together in the U.S. House of Representatives and appreciate her consistent friendship, example of public service, and openness to conversation. My thoughts and prayers are with her family and friends during this difficult time, as well as with the loved ones of her staff member Emma Thomson and St. Joseph County Republican Chair Zachery Potts.”

"Janet and I are devastated by the tragic loss of our friend Congresswoman Jackie Walorski and her two staffers — Emma Thomson and Zach Potts — earlier today," Gov. Eric Holcomb said. "Our broken hearts go out to her husband Dean and the entire family during this time of unimaginable mourning. At every level of public service Jackie was known to be a positive force of nature, a patriot and a relentless policy maker with an unwavering loyalty to her constituents. Jackie’s record of achievement is impossible to quantify. She will be remembered as a fighter with a huge heart that always went the extra mile and I’ll treasure the times we walked a few of those together. Every waking moment for her was energetically devoted to improving the lives of all Hoosiers, the epitome of a good and faithful servant. She, and the example she set, will be missed every day forward.”

“She passionately brought the voices of her north Indiana constituents to the Congress, and she was admired by colleagues on both sides of the aisle for her personal kindness,” Pelosi said.

U.S. Secretary of Transportation Pete Buttigieg, a former mayor of South Bend, said he was "shocked and saddened to hear of the tragic death of Congresswoman Jackie Walorski. My thoughts and prayers are with her family and the other victims of this terrible crash. Though we came from very different places politically, she was always prepared to work together where there was common ground, always decent and straightforward, and she cared deeply about her work and her constituents."

"I'm truly devastated," said U.S. Sen. Todd Young, R-Ind. "Jackie loved Hoosiers and devoted her life to fighting for them. I'll never forget her spirit, her positive attitude and most importantly, her friendship. All of Indiana mourns her passing, along with the tragic deaths of her staff Emma Thomson and Zach Potts. Please join me in praying for their families in this difficult time.”

U.S. Sen. Mike Braun, R-Ind., called Walorski "a tireless advocate for the Hoosiers she represented and a kind friend to everyone she met. She faithfully served her constituents and her Lord and Savior, and I trust she is now wrapped in the arms of Christ. This is a devastating loss, and we grieve for her two staff members — Zach and Emma — who had their whole lives ahead of them. Please join me and Maureen in praying for the families and friends of those lost on this tragic day for Indiana.”

"Jackie and I served together in the Indiana House of Representatives," Lt. Gov. Suzanne Crouch said, "and she was a fighter for her constituents and conservative Hoosier values. My heart goes out to her husband, Dean, and the rest of her family and friends. She will be deeply missed."

"Jackie Walorski was a woman who stood strong in her values, cared for her family, and served Hoosiers well," said Indiana Attorney General Todd Rokita. "I have many great memories and stories of our time together in Congress and on the campaign trail. In addition to everything else, she had a great sense of humor. She will be missed. Our sympathies also go out to the families of Zach Potts and Emma Thomson, who died in the same tragic accident. Hoosiers across the state mourn the loss of these public servants."

“My heart goes out to the families of Congresswoman Walorski, Emma Thomson and Zach Potts,” GiaQuinta said. “Working in politics, you develop a tight bond with the people you work with, and the loss of three dedicated Hoosiers is insurmountable. Congresswoman Walorski and I served in the Indiana House of Representatives with the shared values of creating a better state. May the memories of their legacies and work be a blessing to those who loved them and the people they served.”

"Northwest Indiana, our state and our country was blessed to have such a strong woman diligently care for our communities," said state Sen. Mike Bohacek, R-Michiana Shores. "I am praying for the families of those who passed this afternoon, and will grieve alongside our shared constituents and the state."

Ambassador Joe Donnelly, who preceded Walorski in the U.S. House and now serves as ambassador to the Vatican, called it "a terrible tragedy."

"Jill and I offer our heartfelt sympathies and prayers to Dean, Jackie's husband, and to all the families who have suffered such an awful loss," he said.

Walorski and her husband, Dean Swihart, were previously missionaries in Romania, where they established a foundation that provided food and medical supplies to impoverished children. She worked as a television news reporter in South Bend before her turn to politics.

Walorski is just the third sitting member of Congress from Indiana to die in office during the past half-century.

Northwest Indiana U.S. Rep. Adam Benjamin, D-Gary, suffered a fatal heart attack Sept. 7, 1982, in his Washington, D.C., apartment. Benjamin, 42, represented the Region in the U.S. House for six years prior to his death. 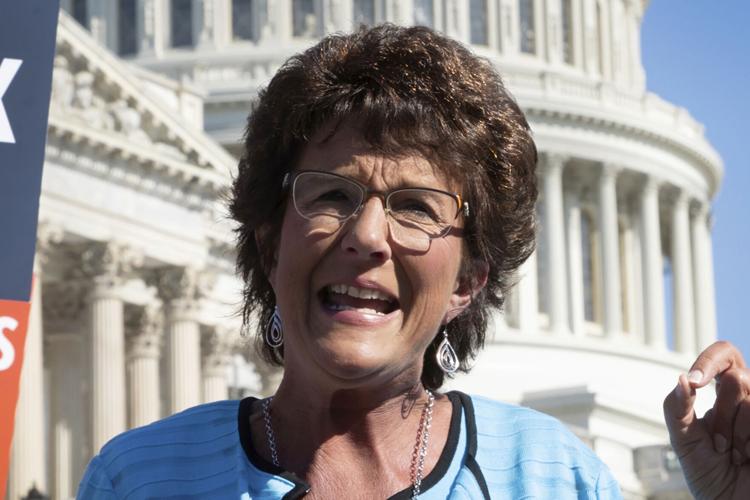 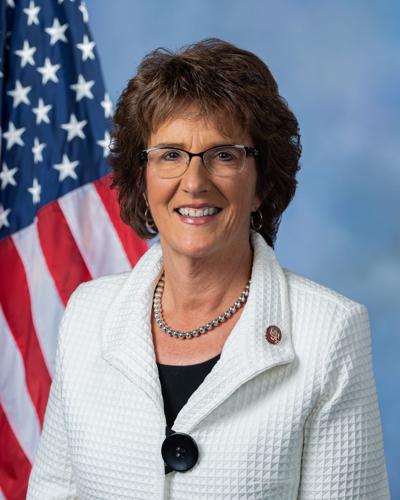