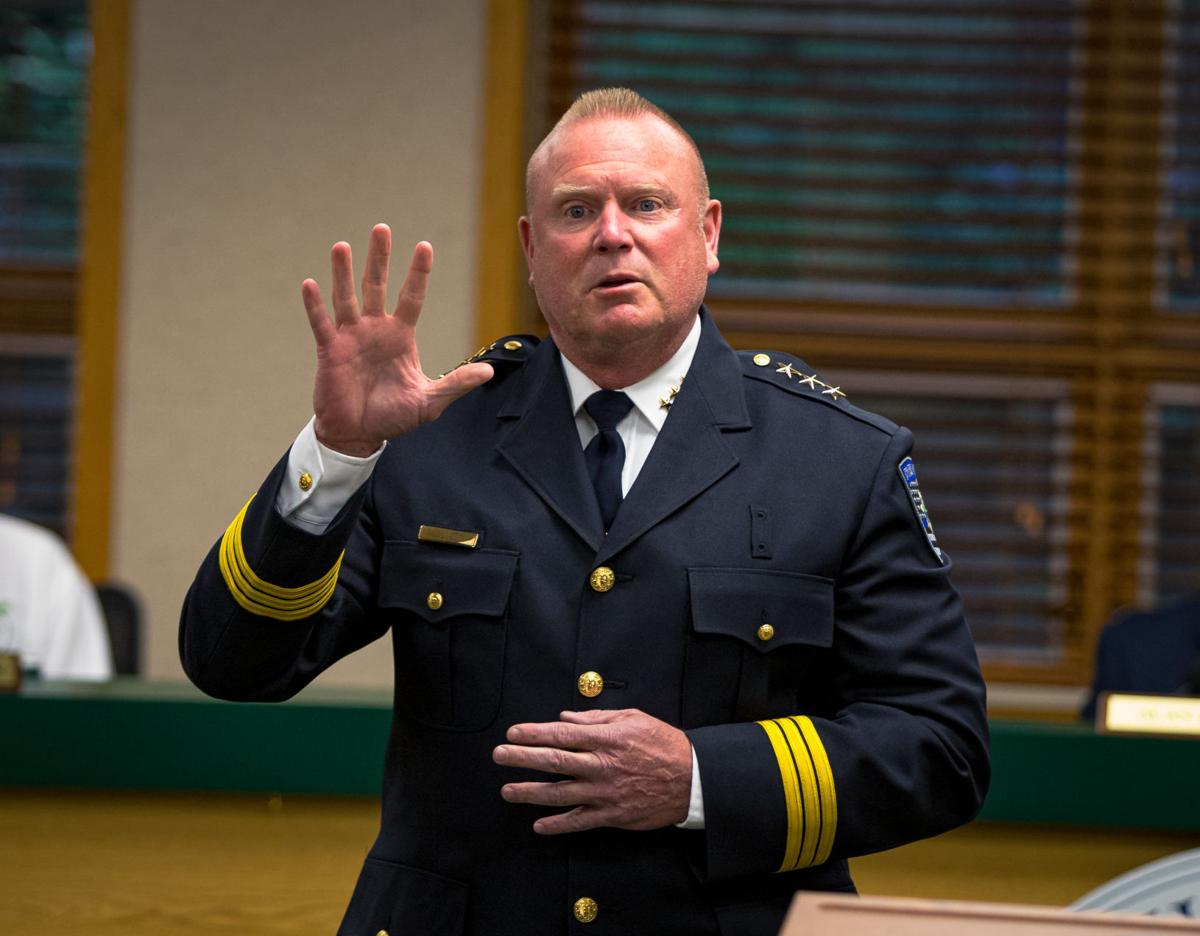 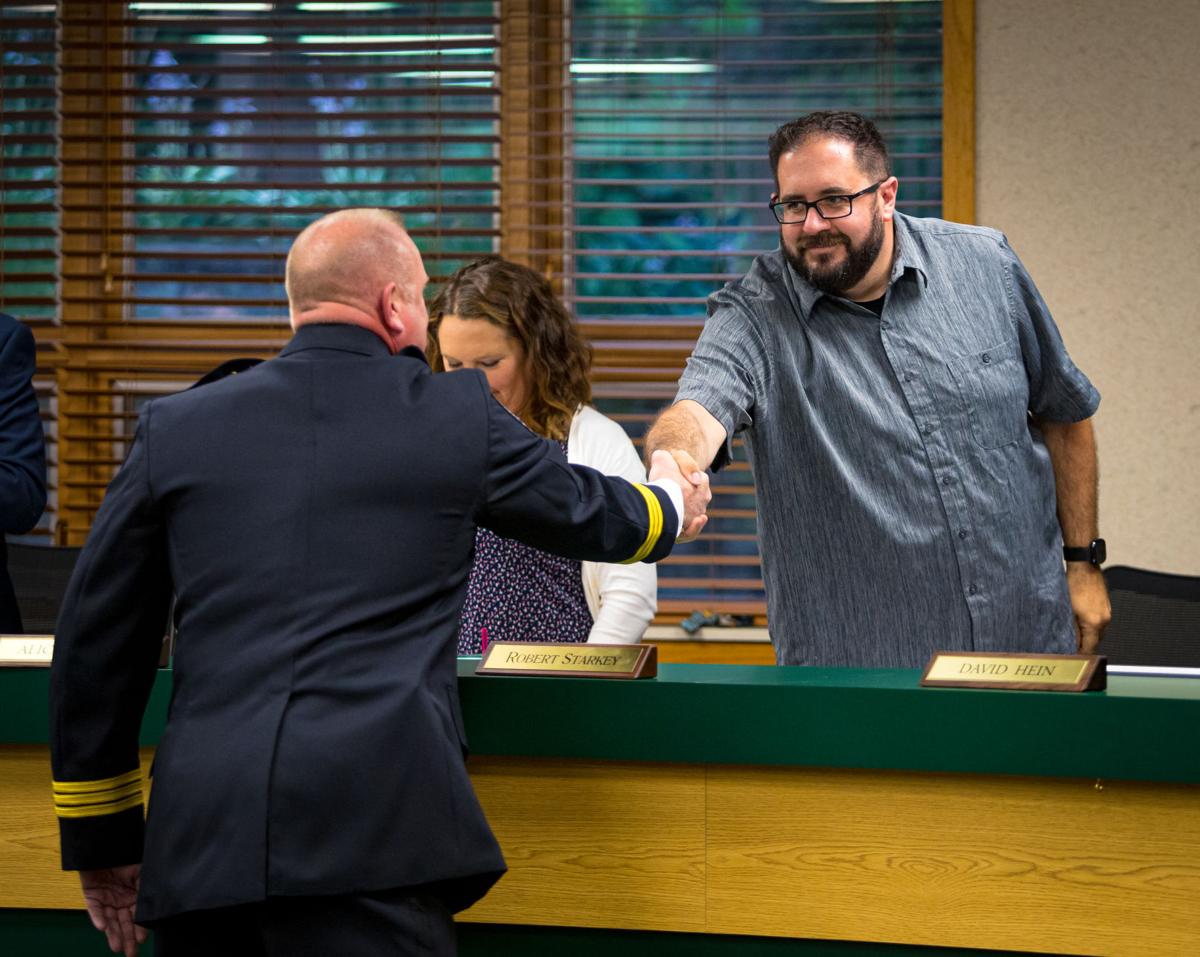 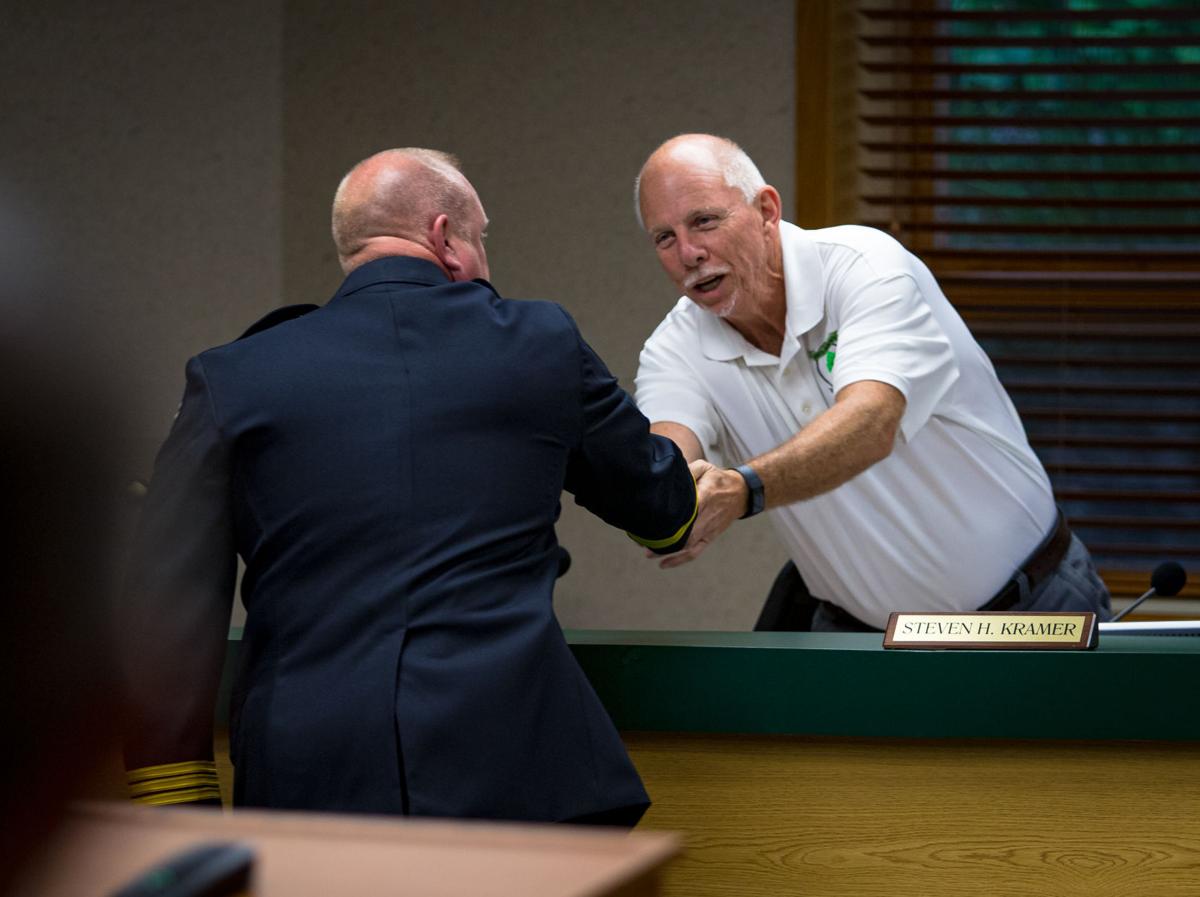 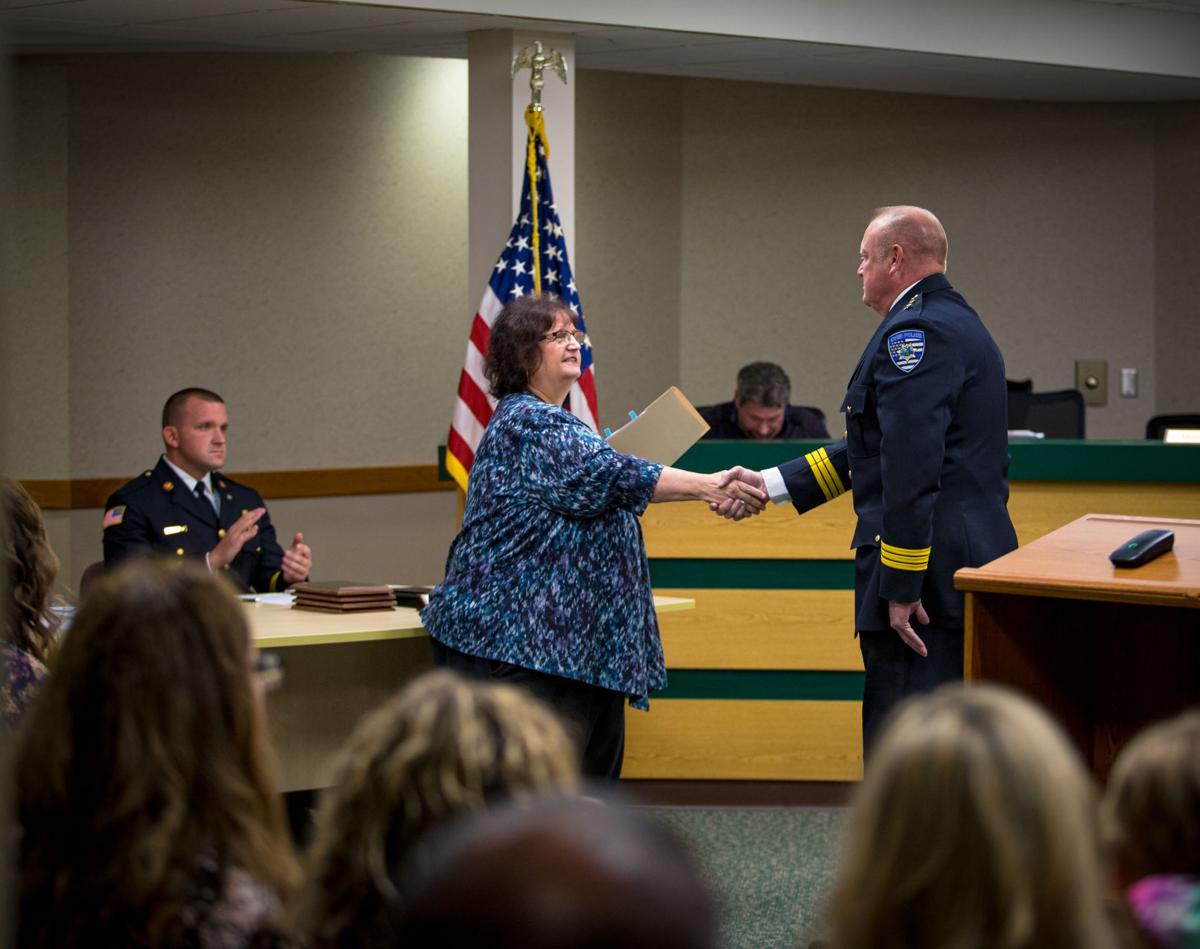 William Alcott, right, receives a round of applause moments after being sworn in as Dyer's new police chief Thursday evening. 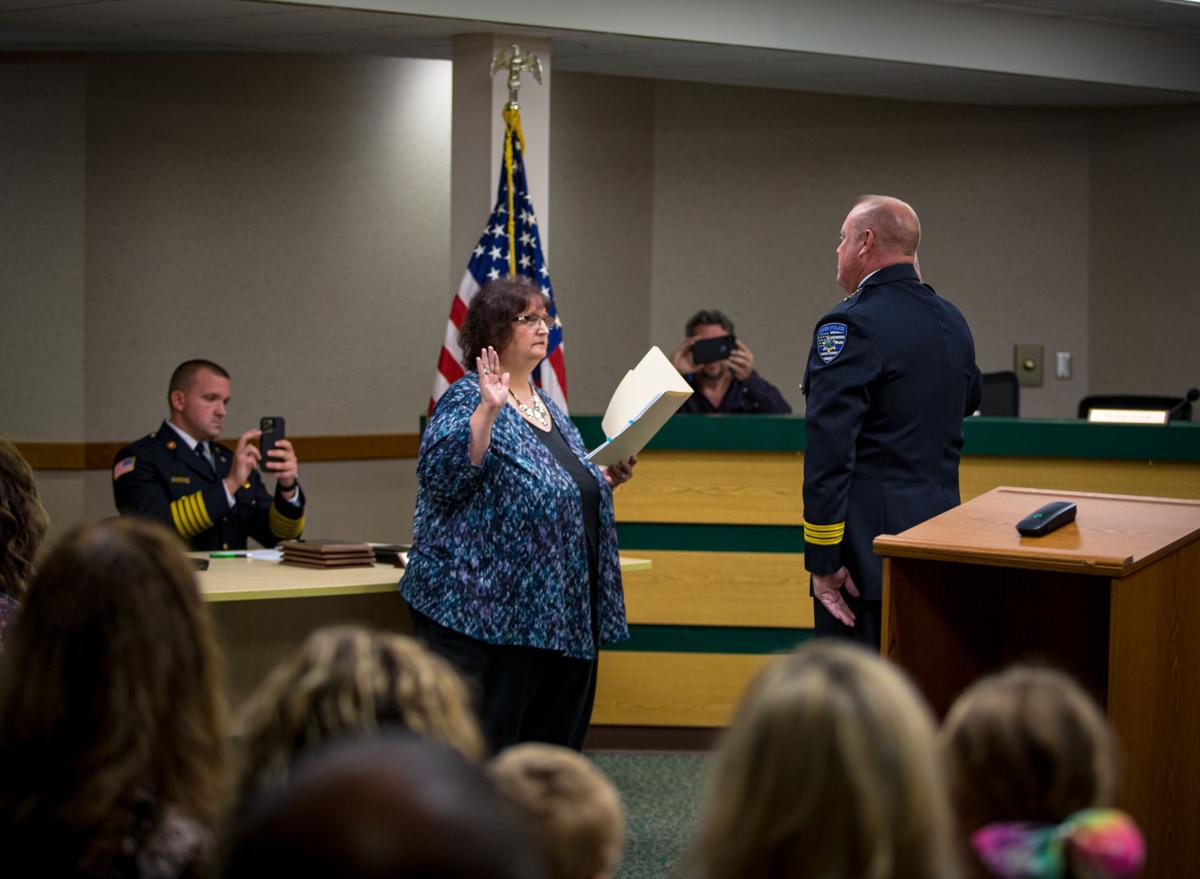 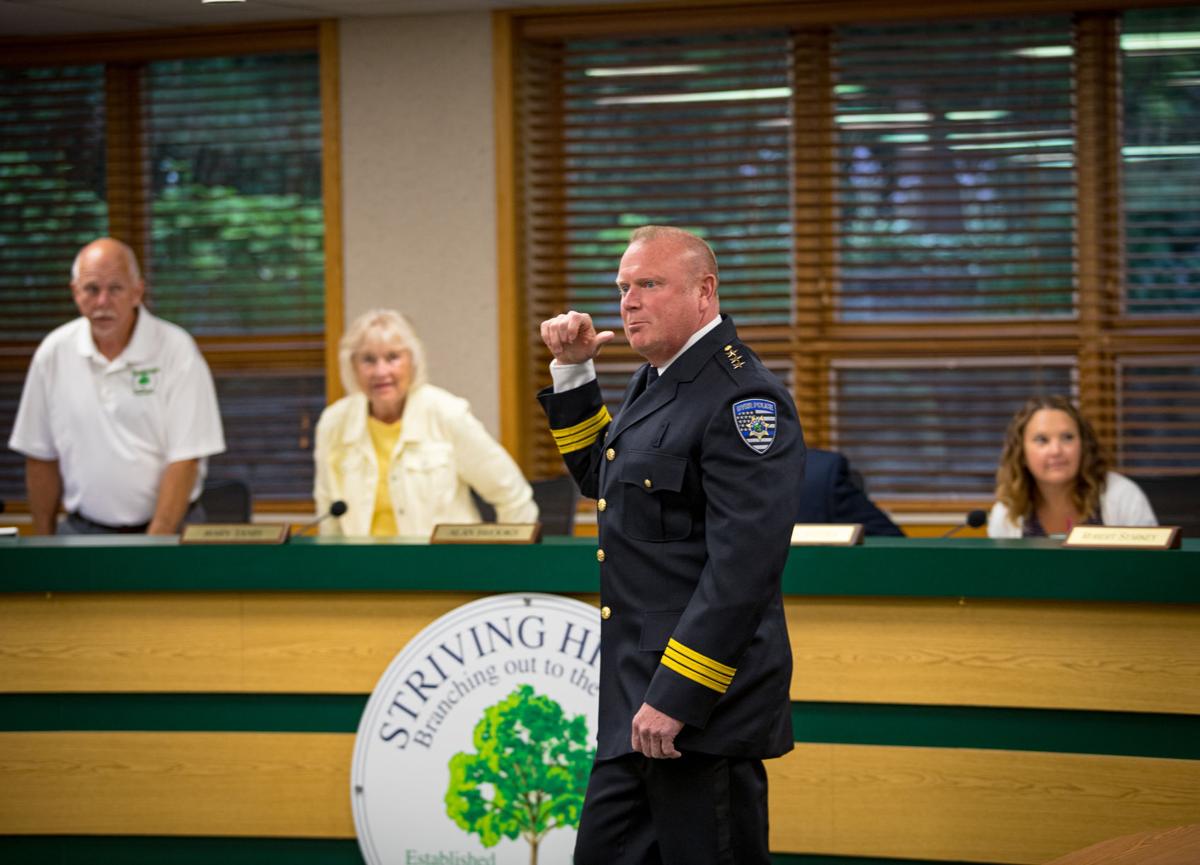 After being sworn in, Alcott turned to the dais and thanked the Dyer Town Council for having the confidence in him to be chief of police and to continue the "hard work" done by Hein and Dyer police.

"I promise to do my best and bring the quality of life to the town of Dyer to the best of my ability," Alcott said.

Alcott is a 30-year veteran of law enforcement and has a master's degree in public safety administration and a bachelor's degree in law enforcement, according to his professional biography, which was read by Town Council President Alan Brooks Thursday.

He began his law enforcement career in January 1991 in Lynwood, where he served as a patrol officer, detective and sergeant of detectives, Brooks said.

Brooks noted Alcott, a Dyer resident for 24 years, also served on the Dyer Metropolitan Police Commission from 2004 to March 2021.

The 17th annual corn roast, hosted by the St. John-Dyer Chamber of Commerce and the Tri-Town Rotary Club of Schererville, Dyer and St. John, will be from 4-8 p.m. Friday at Clark Middle School.

In the next year William Alcott, who became police chief July 1, hopes Dyer police command staff and supervisors will have the confidence to move ahead in their careers through training and mentorship

William Alcott, right, receives a round of applause moments after being sworn in as Dyer's new police chief Thursday evening.