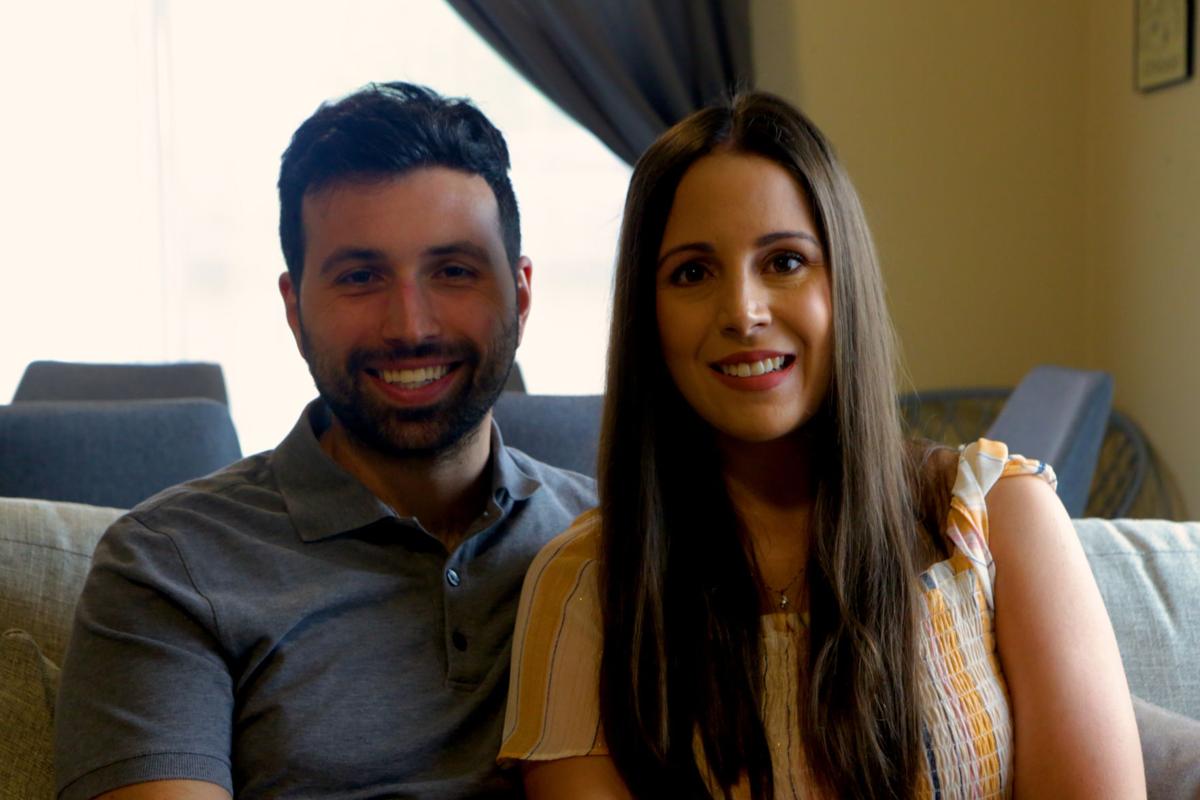 Brittany Fair sits with her husband Caleb. She has had more than 20 brain surgeries and remains determined to fight it. 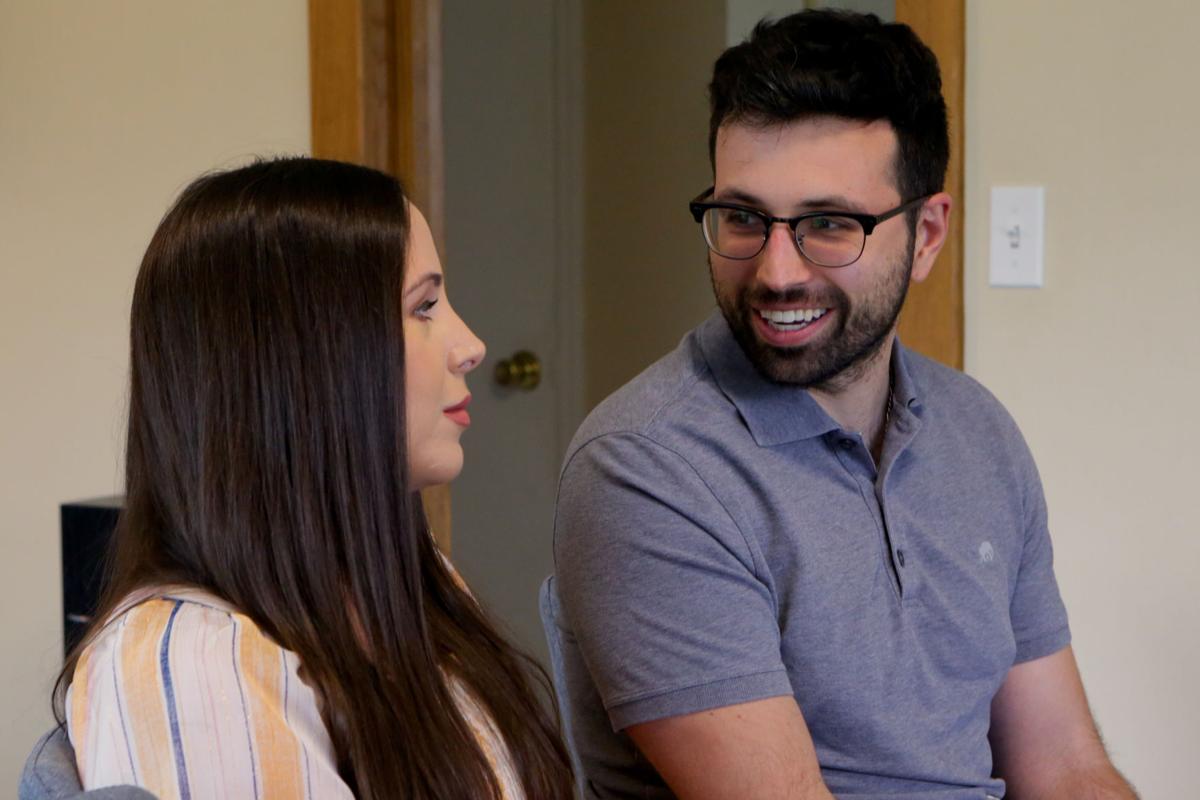 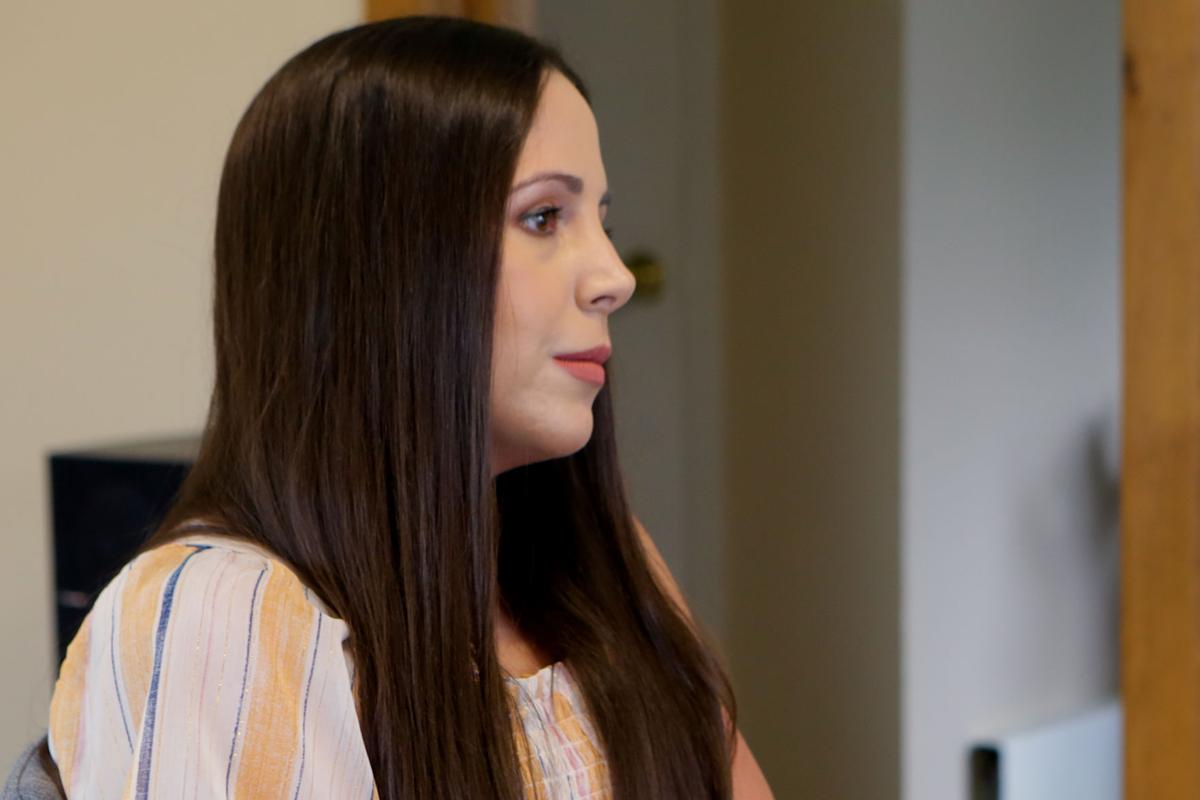 Brittany Fair is battling a highly aggressive and rare form of brain cancer. 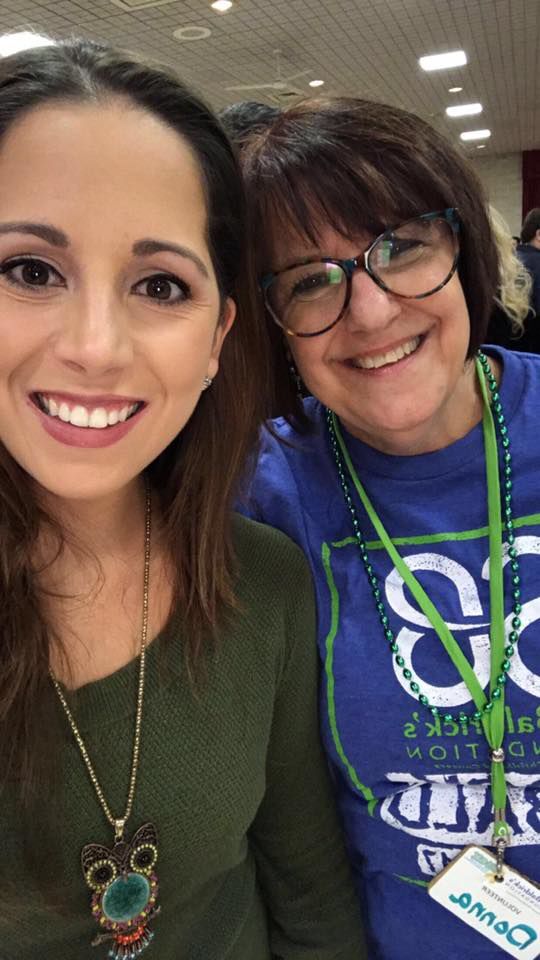 Brittany and NICK Executive Director Donna Criner are shown at a St. Baldrick's fundraiser in 2017.

DYER — Brittany Fair was only 7 years old when first diagnosed with a rare type of brain tumor.

Her doctors gave her parents, Todd and Crystal Klomp, little hope for their young daughter's survival. She only had nine months to live, they said.

"We did sit down with her and tell her Jesus was going to take her home. She just shook her head and was quiet," Crystal Klomp said, while unsuccessfully holding back the tears at the memory.

All Fair remembers of that dark time period in her life was having ongoing headaches, throwing up and struggling with her balance.

Fair, now 28, maintains her Christian faith and upbringing kept her going despite the health challenges she has faced over the last 21 years.

Fair and her mother also credit the wonderful medical team that has helped her through the years including Lurie Children's Hospital in Chicago, the Mayo Clinic and Johns Hopkins in Baltimore.

"Amazing smart minds and Jesus mostly," Fair said of her surviving all odds stacked against her.

Fair was initially misdiagnosed in 2000 with high grade astrocytoma ependymoma, then shortly after diagnosed with pilomyxoid astrocytoma.

"I was one of the first to be diagnosed and I am one of the longest still living with the tumor," Fair said.

Fair has lived with the tumor for 21 years undergoing 20 brain surgeries and chemotherapy.

During one of her surgeries, Fair suffered a stroke. Her tumor has remained in her brain all this time.

This spring, despite years of stability, it was discovered Fair's tumor is growing quickly, according to Donna Criner, executive director for Northwest Indiana Cancer Kids Foundation.

"In early July, it was discovered that the tumor is likely also bleeding. Moreover, at this point, surgery is risky because it is wrapped around her brain stem and cranial nerves," Criner said.

"They are hoping only a six-month regimen," Fair said.

Despite her ongoing health challenges, Fair has not let those issues stop her from her dreams.

She went on to graduate from Purdue Northwest University receiving both her bachelor's and master's degrees in education with a concentration in school counseling.

Fair has spent the last couple years in her dream job as the school counselor at Lincoln Elementary School in Cedar Lake.

More recently she has had the unconditional and constant support of her new husband, Caleb Fair, an IT consultant who works in Chicago.

They were married on April 5 after first meeting and getting to know each other on social media and through phone calls.

"We hit it off because we share the same values. We are both Christians and goal-oriented. We were both looking for something serious," Brittany Fair said.

Caleb Fair recalls having an emotional connection with his wife-to-be before they met in person. The spoke on the phone for hours.

"When I started talking to her I knew it was someone I could spend the rest of my life with," Caleb Fair said.

On their second date, Fair shared with him her health issues.

"She told me and I felt relieved she trusted me with her information. That was courageous," Caleb Fair said.

The couple, who live in Dyer, would like to have children and have even taken steps to hopefully make that happen with the assistance of a surrogate.

Fair has undergone egg retrieval toward that goal.

"Once we get past chemotherapy and my tumor is shrunk down," she said.

While undergoing the most recent round of chemotherapy, doctors have suggested she take a leave of absence from her job because stress and lack of sleep may have led to her present issues with her tumor, Fair said.

Recalling what she used to say as a kid growing up with so many health related issues, Fair said: "I just want to be regular."

Foundation a pillar of support

Donna Criner said it's an honor to have known Brittany Fair throughout her journey.

"Her role with us has changed and grown as she has grown herself," Criner said.

Northwest Indiana Cancer Kids is a childhood cancer charity founded by a family that lives in the Region.

Shortly after NICK was founded 2009, Fair became a NICK kid.

"She and her family were one of the first we worked with to help secure transportation in Baltimore along with other needs. Later, shortly after graduating high school, Brittany became a volunteer with the foundation, using her vibrant voice to advocate for other kids with cancer, raise funds and help coordinate events," Criner said.

"Brittany is one of the most selfless and determined young women we have ever met. She is always honest and always true to her convictions despite any obstacles or challenges," Criner said.

A Go Fund Me page has been created to help with travel and medical expenses. Fair travels to consult with her medical team at Johns Hopkins in Baltimore as well as to Northwestern in Chicago to receive local treatment.

The money will also help to offset the loss of income and insurance that Fair and her husband are experiencing since she is unable to work at this time.

To help Fair, go to www.gofundme.com/f/help-brittany-fair-klomp-with-cancer-costs.

Brittany Fair sits with her husband Caleb. She has had more than 20 brain surgeries and remains determined to fight it.

Brittany Fair is battling a highly aggressive and rare form of brain cancer.

Brittany and NICK Executive Director Donna Criner are shown at a St. Baldrick's fundraiser in 2017.